Our new new times: Labor’s alternative to capital is capital 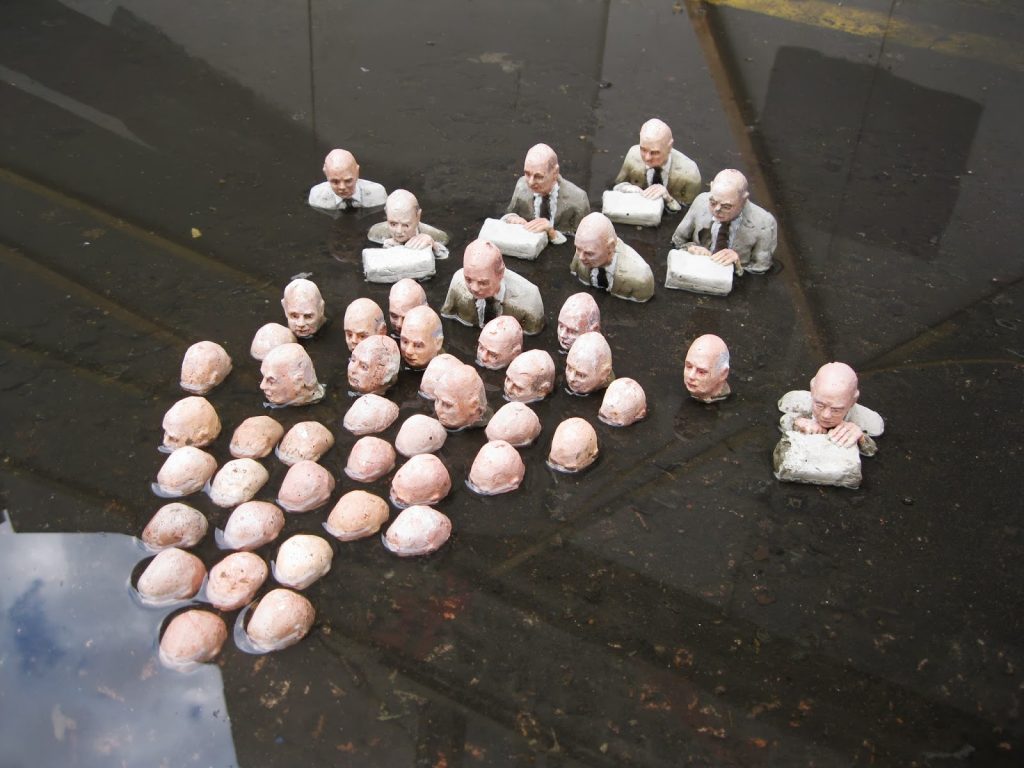 In the week of the much-vaunted Job Summit, Labor’s full transition to being a party of capital is complete. The move occurred not during the summit itself, but as a prelude to it, when on the Thursday morning, environment minister Tanya Plibersek announced that Australia would be open for business as a supplier of global carbon credits, based on offset rights to its natural environment. ‘Australia will be a Green Wall Street’, she told a round of radio interviews. This was one with the capital-centric language of the summit itself, which spoke of non-working women as an ‘untapped resource’ and people with disability as a potential ‘asset’. All this on top of its refusal to extend the Jobseeker/benefits rate to something resembling a living payment, and its announcement of eleven new fossil fuel projects on the heels of an inadequate 43% emissions target.

Elsewhere I’ve noted the politics of this in some detail. Here it can be briefly noted the adoption of this language by Albanese’s Labor represents a final transformation of Labor into the party of capital—its agent, facilitator and governor. Whatever its commitment to improving the lot of its citizens, and of Australian governance in general, it is conformed to that purpose. Business is now not even trying to hide its preference for a smooth, rational Labor party, as compared to the hysterical freakshow across the aisle. Labor has not abandoned the welfare of citizens, but it has abandoned the idea that, in being a party for the worker, it was for the worker as a citizen. The maximisation of capital accumulation, and of the worker’s role as capital within that, now takes care of the greater sense of what the worker-as-human needs, or could possibly want.

Marxist commentators will say that this exuberant celebration of capital by Labor is simply the public version of what Labor has always been, even if its relation to the workers is taken as having had a dual character as both their agent within capital, and capital’s agent in disciplining them. But this would be a misunderstanding, or misinterpretation, of what Labor was, and the assumption of a false continuity. What has happened is more striking and dramatic than that.

The reconstruction of the world in its full array as being constituted by capital is coming from a faction that labels itself the ‘National Left’ and was once part of the socialist Left, in the great battles of the 1970s. Though it has never been short of careerists and apparatchiks, it has its roots in some sort of attempt to define a social democratic politics that might be able to challenge the dominance of capital through a socialist mixed economy. It was, for a time, a base for not only socialist groupings leaving the Stalinist orbit, but for ‘new Left’ forces, who had relinquished the idea of abstaining from party politics and had come in from, in NSW, the green bans movement and other sources.

Yet from the beginnings of the Hawke government it was up against forces against which it faced both numerical and, more importantly, theoretical inadequacy. As the full socialist objective faded through the 1980s, sections of the socialist Left made links with the Eurocommunist faction of the Communist Party (to create the cross-party ‘Socialist Forum’ group), and sought, in its participation in the ‘Australia Reconstructed’ process, the path that Harold Wilson had attempted in the UK in the 1960s, which by stoking the ‘white heat of technology’ would lift a socialist movement out of a stagnated, jammed state within the gears of administrative capitalism and realise a socialist vision through transcendence of class conflict and scarcity.

There was no coincidence, as we used to say, that such an idea was attractive to Laurie Carmichael, passionate and creative Communist and union leader, in his piloting of the ‘Australia Reconstructed’ program which saw the liberation of workers from the rigidity of trade in the promotion of abstract competencies and skills. Through the Hawke years, the party’s left and centre sought to combine this with the creation of a world-class, high-tech, entrepreneurial society which is always coming and never arrives.

The inability of the Labor Left to conceive of a way of proposing a national modernity that began to challenge the greater spread of the commodity, and of one-dimensional integration of technoscientific abstraction, hollowed it out from within. By 1990, it lacked a counter-argument and a counter-vision. So it was inevitable that when Hawke and Keating proposed a big factional deal—the Left’s endorsement of the demolition of the remaining tariff walls—as series of privatisations and a further winnowing of what remained of the arbitration system, the Left, under Brian Howe, took the deal. A section didn’t, and jumped out to form a separate group which would eventually serve as the base for Kim Carr’s Victorian Socialist Left, championing a form of national social democracy that would integrate state and private investment in a renewed high-tech-heavy industry that included a domestic defence capability, and flow on to world-class improvement in services. As Carr’s group pursued that path, the remainder of the Left started down another that was purely distributionist, treating the productive economy as a ‘black box’ to be extracted from. Increasingly, its members focused on social and cultural issues. When Carr lost control of sub-groupings within his mega-faction, he lost his Senate preselection, the faction was broken up, and the ‘distributionists’ within Victoria took over. This was the final moment of the long arc that had begun in 1990. Or 1980, if you prefer. Its only interruption was in the Rudd years, when Rudd’s notion of a circuit of funded school improvement to create better education that was plugged into a state-run National Broadband Network, that was plugged into re-invested services, embodied the idea that a state-managed ‘virtuous circle’ could provide a rapid improvement in equality, opportunity, and environmental care in the country. Though it was also a techno-fix, it had a visionary outer edge to it. But it is notable that it came not from within Labor intellectual traditions—which were now nearly dead, or purely instrumental—but from Rudd’s wider sense of the world, as a sinologist-diplomat with a sense of the audacity and possibility of history.

The Albanese government’s adoption of a vision of capital is not thus in the tradition of the Labor Right, making its accommodations and clientalist relation with ‘business’. It is the paradoxical final act of a tradition of social democratic reform which finds that the only point on which to stand in resisting capital is capital itself. Capital, with its claim to fluidity, rapidity, transformability, becomes the new spirit and substance by which change will take place. I am not of course arguing that the parties concerned think of this process in anything like these terms; that is, after all, the whole point of the operation of ideology. Instead, I would imagine that some or many reached this point via a slow running-down of any sense, within the frame of conventional politics, of there being any possible point of resistance—or alternative. Once that transition is made, one sees it in the passage from Bolshevism to ‘third period’ Stalinism, in the rise of fascism from (in part) the ruins of leftist projects in the 20s, in the uber-postmodernist Jean-Francois Lyotard’s transition from the ‘Socialisme ou Barbarie’ movement to a rejection of ‘grand narratives’ of the real, and in the rise of ‘neo-reaction’ associated with the former left-accelerationist Nick Land, who now celebrates (from Shanghai) the advancement of capital by all means, precisely because it is an ahuman, superseding force.

Such paradoxical transformations are usually succeeded by a period of extreme exuberance, as the repressed returns after suffering under the yoke of impossible expectations arising from a failed project. Labor seems to be in the middle of that. The power and pleasure of capital is now the party’s preferred agent for its social project. Within Labor there is now zero capacity to have any critical understanding of the contradictions that will produce, or where it will take them. Equally, how one relates to such a new force is no simple matter, or a decision made by a single act of thought. The crucial thing in this circumstance now is the thought-as-act: the full understanding of the categorical shift that has occurred, the refusal to assimilate it to old categories, and the new understanding of how one might provide a critical alternative.

Ambivalence about Albanese: A Reality Check on the Election

If ‘progressive politics’ cannot overcome growth fetishism and the cold logic of profit-maximisation, then we won’t survive progress in any desirable form.