Ambivalence about Albanese: A Reality Check on the Election 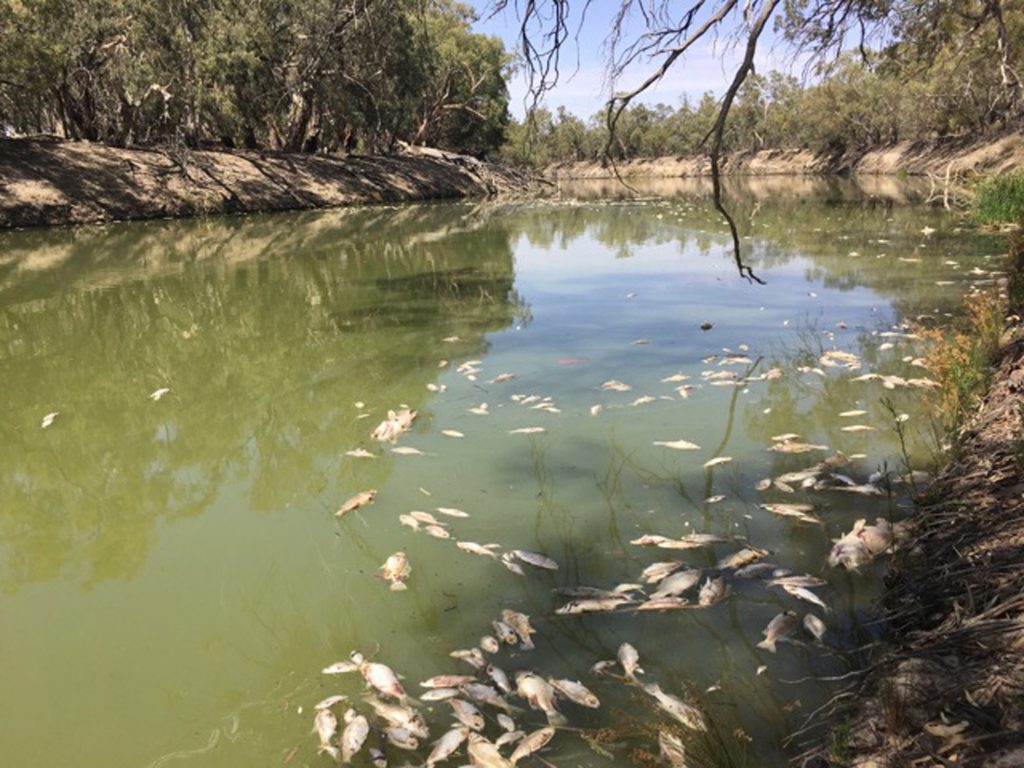 Ed: This article was delivered as a speech at the launch of Arena’s issue 10.

Even though I am an alien from across the ditch without voting rights in Australia, let me be presumptuous enough to share a few thoughts on the election and what I think it means.

I should admit from the outset that I’ve gotten myself into a bit of trouble recently with my left-wing friends, owing to my somewhat mitigated celebration of the election result. On election night I received a flurry of phone calls and texts from friends who were excitedly sharing their relief and joy at the prospect of Scott Morrison and the Coalition being ousted from power. Yet, while I was able to share their relief, I struggled, and am still struggling, to share all their joy.

Now I don’t want to be misunderstood. I accept that Australia just dodged a bullet. Another term with the coalition would have been truly disastrous, not just for Australia but arguably for the world. It would have been disastrous politically, economically, culturally and, of course, environmentally. Morrison and his cronies represented the worst of an ill-informed, cruel, and spineless politics of carbon capitalism. Good riddance.

And to all those activists and political agitators and organisers who contributed to this win, including the noble work of the Arena community, what a fine, heroic effort. This was a hard-won battle and we should celebrate it. We haven’t had much good news recently and it is certainly not my intention to deny people, or myself, the uplifting emotional energy offered by the promising political shift we’ve just experienced. Let’s absorb every encouragement it has to offer, because we’re probably going to need it.

But while I see this election result as a great victory, I also see it as only a minor advance in the greater scheme of things. After all, Albanese is, at best, a light-green representative of the centre left, terms I use descriptively not disparagingly. But I do feel that it is faulty logic to think that getting rid of someone truly regressive means that we’ve elected a genuine progressive, even as I appreciate the very real cultural constraints within which politicians always operate.

Albanese might have a ‘socialism of the heart’, as Billy Bragg recently said of him, but we’re justified in wondering how much of that sentiment will transfer into bold eco-socialist policy. Let’s hope he surprises us—even if we shouldn’t hold our breath.

Likewise, when Adam Bandt referred to this election as a ‘Greenslide’, I understood the impulse behind the rhetoric but I cannot accept that in 2022, this result provides any grounds for complacency or even, if I am honest, many grounds for celebration.

The positive election result notwithstanding, let’s admit that by any range of metrics we’re still very much in the midst of an ecological emergency with unfolding humanitarian implications. Far from being uplifted by the recent results, it troubles me that in the era now called the Anthropocene—with all the science we have available on our dire and unstable ecological situation—that the Australian public has only been able to endorse a light-green centre-left government with a handful of Greens and a handful of Teals scattered around the tables of power.

In fact, I put it to you that if this result was forecast in 1988, the year the IPCC was established, I think that the current political-ecological situation would have been regarded as an unmitigated disaster—our world-leading carbon footprint in particular. So, I feel that our understandable sense of positivity in having ousted the coalition is mainly a result of having normalised an unfolding catastrophe, slow enough to almost go unnoticed for many people in affluent societies like Australia, like fish that do not know they are in water.

But when I share these rather gloomy but considered reservations with my friends, I often get indignant responses, including one friend who said that this could be the best result he might ever see in his lifetime, and so how dare I be so miserable.

But that comment, which was intended to support my friend’s optimistic position, ultimately reinforced mine. If this is the best we can hope for, I feel that we’re up to our necks in trouble—hardly grounds for joyful celebration. So, I acknowledge the ambiguity and even ambivalence of the recent election results, not out of morbid self-indulgence but as a question of practical import.

I do, of course, see the danger of lazy pessimism. It’s easy to be the depressing nay-sayer who only sees the inadequacies of a victory and who is unable to see that every great political shift is made up of uncountable small ones. Lazy pessimism can be disenchanting, which can be disempowering, and worst of all, it can just be bad politics. The future might still surprise us. I recognise that. Again, Labor, the Greens, and the Teals are doing noble and necessary work in often suffocating political conditions.

At the same time, I think we have a duty to embrace the task of radical truth-telling, and on that basis, I would suggest that we should be wary of overstating the progress that Albanese represents. My worry, in other words, is that, all things considered, we are still heading down the wrong road, only more slowly.

To note only one example, the new government is as committed as ever to ongoing economic growth, ever-increasing consumption, and capital expansion. This is a mode of political economy which simply cannot be sustained on a finite planet, and which exemplifies a contradiction of capitalism which technology and free markets have no chance of resolving.

In other words, if ‘progressive politics’ cannot overcome growth fetishism and the cold logic of profit-maximisation, then we won’t survive progress in any desirable form. And yet these themes of post-capitalism and growth scepticism are unspeakable in mainstream political discourse, perhaps because for many they remain unthinkable.

Our work on the Green Left, therefore, is far from over. It will likely never be over. That’s all the more reason to be encouraged by this election result, while remaining realistic about it. That means using it as a stepping-stone, whereupon we take a moment to get our breath, then relink arms in defiant positivity and continue the political struggle for a more humane and ecologically sane society. And that requires a far bolder eco-socialist positioning than is represented by Albanese and his Labor government.

As Alison Caddick writes in her introduction to the latest edition of the Arena Quarterly:

Nothing in the Labor Party vision speaks to the meaning of the combined crises that reach across personal life, economy, culture and environment, not to mention international borders.

And to the extent that we cannot confidently rely on a humane eco-socialism emerging from the top down, it follows that the primary means of societal transformation lies in grassroots organising and collective action. Perhaps it’s always been so. This certainly isn’t to deny the need for deep structural change, but only to highlight the political reality that we will never achieve structural or systemic change until there is a progressive culture that demands it.

And that also highlights the relief we can all justifiably feel about having gotten rid of ScoMo and his cronies. They practised divisive politics at a time when, more than ever before, we needed to come together. Crises are likely to intensify and proliferate in coming years and decades, but if we face them as a divided society then we’ll likely descend into barbarism. On the other hand, if we face forthcoming crises walking under the banner of solidarity and inclusivity, then I trust that we’ll negotiate things well enough, which is perhaps quite ambitious enough.

I see the United States today as offering us a prophetic warning of a society in the midst of self-destruction, with the overturning of Roe v Wade merely being the latest example of a divided society’s catabolic collapse. In that decision from the Supreme Court, Margaret Atwood’s Gilead took a step closer to leaping off the page into the real world. Electing Albanese over Morrison, however, is a small but welcome piece of evidence that Australians might just show the wisdom to choose a different path.

The phrase has become something of a cliché, but I think there remains an enduring truth to Gramsci’s dictum that we should uphold a pessimism of the intellect and an optimism of the will. Or, as I like to say, we should take up the role of an ‘apocaloptimist’, which can be understood as someone who knows the world is going to hell but who will still fight for a world where things turn out ok, despite everything.

That’s the nuanced orientation I suggest we should be embracing at this fragile moment in history, which allows us to celebrate Labor’s victory while also placing it in its greater political and ecological context. That involves trying to find space between naive optimism and debilitating despair. Occupying that space, I feel, offers us the best chance of facing forthcoming challenges and I feel it is a space represented by Arena and its community.

This task of radical truth telling is what I see as the enduring and necessary role of institutions and communities like Arena. Here we are permitted to say unpopular things in the hope of starting more radical conversations that are presently unspeakable in mainstream political discourse—including, as I have suggested, questioning the growth paradigm.

Only through forums like this can we slowly shift the terms of political debate – shift the Overton window, so to speak—through which the politically impossible can become possible, perhaps even politically probable.

Onwards into the dark!

In Arena Quarterly Issue 10, titled ‘Imperium East and West’, we focus on the Russia–Ukraine war. Is it most of all Vladimir Putin’s urge to empire that is implicated in this disaster; is the West engaged in a proxy war, encouraging Ukrainians to fight and die for a US agenda; how much is a more general barbarity emerging, at least in part as a consequence of globalisation and the unravelling of democracy everywhere? There are articles on the election—the Albanese win and the Teals—on Woodside and the gas agenda, on the Queensland floods, on psychoanalysis and ‘lived experience’, on coffee and Melbourne, and much much more.

Samuel Alexander is Research Fellow with the Melbourne Sustainable Society Institute, University of Melbourne. His recent books include Degrowth in the Suburbs: A Radical Urban Imaginary (2019) and Art Against Empire: Toward an Aesthetics of Degrowth (2017).