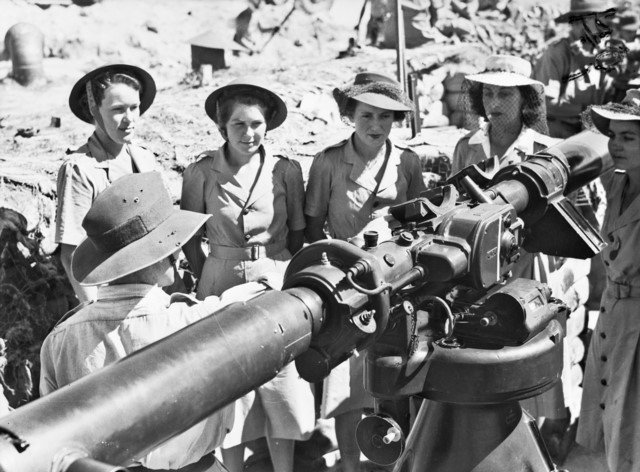 As political debate rages around Australia about how to prevent the spread of COVID-19, the Australian government has quietly approved the arrival of 1200 US marines into Darwin. Coming from hot spots of infection over the last two months, these soldiers were granted exemptions from Australia’s COVID-19 international border-control restrictions in order to partake in a ‘boot camp’ and use drones for the first time.

The severity of the risk this situation poses contrasts starkly with the lack of comment and analysis from our leading public-health officials and experts, and from our media and politicians. Before they came to the Territory, members of the task-force in question—the Marine Rotational Force – Darwin (MRF-D)—were located in California and Okinawa, and US bases in each location were sites of infection. The governor of Okinawa questioned the effectiveness of US-military measures to control COVID-19. He has asked that no more US personnel arrive from the US mainland and he has demanded more transparency. Uncharacteristically, the Japanese minister for defence has also publicly discussed the situation.

History shows that soldiers mobilised in large groups are very good at amplifying pandemics. This is particularly alarming, because as Pat Turner, CEO of the National Aboriginal Community Controlled Health Organisation (NACCHO), warned, COVID-19 would cause ‘absolute devastation without a doubt’ if it were to enter remote Aboriginal communities. These communities are highly vulnerable to the disease, given the region’s limited health facilities, overcrowded housing and high prevalence of pre-existing health comorbidities. As John Paterson, chief executive of the Northern Territory–based Aboriginal Medical Services Alliance said: ‘in the Northern Territory we have the largest vulnerable population in this country. And all it takes is one positive COVID person to get out into those communities and we will have a catastrophe on our hands’.

Such a catastrophe is currently unfolding in the United States, with American Indian communities tragically losing Elders and living culture, as well as members of their next generation of leaders. Doctors Without Borders has sent in a medical team to help the people of the Navajo Nation, the first time the organisation has been on the ground to assist in the world’s richest country.We should do everything to stop similar devastation in Australia.

After a COVID-triggered ‘pause’ of marine rotation was announced in March, just thirty-seven days later it was all on again, according to Minister for Defence Linda Reynolds. From early June, 1200 marines would enter the Territory over an eight-week period, with arrangements in place to supposedly ‘ensure the safe and effective conduct’ of the force. This announcement was framed as being possible because Australia had managed its response to COVID-19 so well, with the underlying message that the Territory was considered safe for US marines to enter. But was it safe for territorians to have them there?

Territorians were told that marines were arriving in Darwin after four days of pre-deployment screening, understood from MRF-D to consist of a temperature test and a health questionnaire. All personnel, it was announced, would enter quarantine for fourteen days and would be tested twice during that time for COVID-19. But as the Victorian outbreak has shown, such strategies are far from watertight, and quarantine processing can be dangerously vulnerable to human error. Rather than taking a ‘fingers-crossed, let’s-hope-there’s-no-human-error’ gamble on quarantine measures, it would be far safer to prevent US marines from coming to Australia from COVID-19 hot spots.

The first case of a US marine with COVID-19 was announced in July, and the marine was hospitalised at Royal Darwin Hospital. This elicited no official comment from the minister for defence, just a short anonymous statement from the department.It was left to the US military to release a more detailed press statement. This was also the first time that the Northern Territory’s chief health officer, Dr Hugh Heggie, spoke publicly about the risk to community health: ‘authorities had expected it was likely “risky” arrivals from the US could be carrying the virus’. It is alarming that this first mention of a public-health risk came after the diagnosis of the first sick marine.

Despite the clear and present danger of the situation, there has been little public discussion or analysis from public-health officials or the media. There wasn’t any public comment from the federal government’s chief medical officer, Brendan Murphy, and the decision didn’t go before the national COVID-19 health committee for expert medical advice before it was authorised by the federal government.

Surprisingly, no public comments were made by leading health experts. Even the ABC’s fearless Dr Norman Swan did not want to touch the story. Indeed, the Australian media has been strangely reticent, with international media sources, including the US military site Stars and Stripes, providing much more information on COVID-19 in the US military, and its struggle to contain it, than Australian media. The only interview analysing and calling into question the underlying decision-making was a web-based interview with Tony Kevin, former Australian ambassador to Poland and Cambodia, and a long-term critic of government foreign policy.

The quiet also extends to parliament, with Greens senator Jordon Steele-John the only one to put concerns on the record. He wrote to the minister for defence detailing his alarm about the potential for quarantine failures and impacts on the NT health system and the risk of harm to vulnerable Territorians, including Aboriginal Territorians, and asked her to reconsider this year’s deployment of troops from the United States. There is no public record that he has received a reply from Minister Reynolds.

The US military presence in Darwin has never sought to ensure the safety of Aboriginal people. When Barack Obama announced his ‘pivot to Asia’ strategy in 2011—in an effort to counterbalance China’s growing naval power in the Indo-Pacific—he became the first sitting US president to visit Darwin. His arrival was proceeded by the clearing out of homeless Aboriginal people from Darwin’s Esplanade for ‘security’ reasons. This visit was part of the Obama and Gillard governments’ announcement of a 25-year deal to formalise a ‘permanent rotation’ of US military personnel through northern Australia, a dubious arrangement that apparently makes us ‘safer’. Considering the United States’ history of war, its nuclear capacities, and now President Trump’s increasing sabre-rattling with China, such an alliance is increasingly problematic. The growing US military presence in the Northern Territory during an intensifying global pandemic makes clear where the Australian government’s priorities lie. It places its own questionable geostrategic ambitions ahead of the welfare of its people, including the most vulnerable Aboriginal communities. It seems that this was a potential sacrifice that the federal government was willing to make on behalf of Territorians.

Patricia Cahill (@trishcahill) has worked for the NT government and in the NT private sector as an urban planner, with her work taking her to remote Indigenous communities. She has a keen interest in Territory rights and transparency in public policymaking. She has also served as a community member of the Human Research Ethics Committee of the federal department of defence.