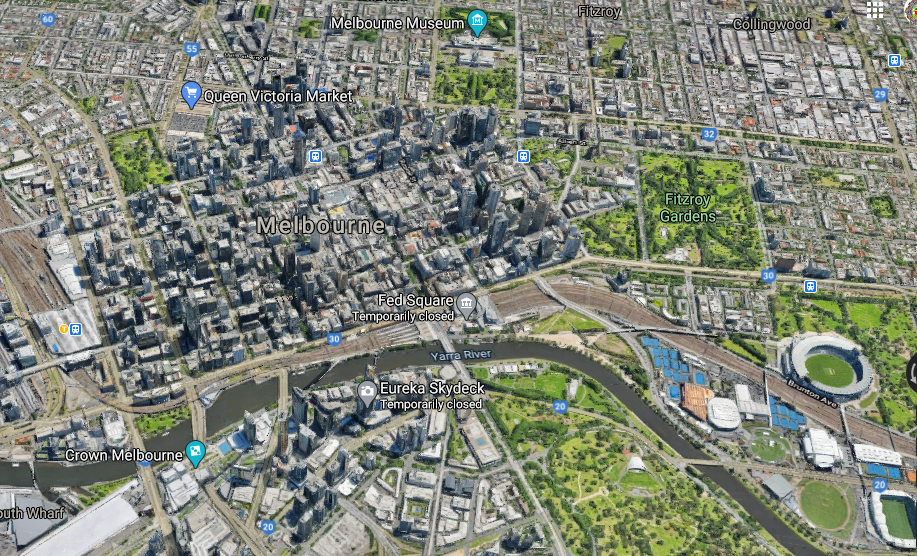 Victoria’s renewed lockdown appears to have pushed the political divide over such policies to its very limit. When the six-week stage 4 lockdown was announced in August—which seems, to Melburnians, about 800 years ago—progressives rushed to the virtual barricades against a motley crew of libertarians, conspiratorialists and cynical sections of the mainstream, willing to offer a ‘cost-benefit’ alternative, based on a misunderstanding of the mathematics of pandemic.

Now, with the two-week extension of stage 4, and the prospect of two months more of various stage 3 variants, many on the Left are starting to ask questions. But they are not about the general principle of heading off a full second-wave flare-up (the Victorian outbreak is not, in fact, a second wave, merely a flare-up of the first). That has, if anything, been strengthened by clear signs that a genuine second wave is gathering overseas, in the places where COVID hit first.

The questioning instead is whether the Victorian government has put in place targets that are unrealistic, whether the process has become driven by political and personal imperatives and a degree of governmental ‘cabin fever’, and, above all, in relation to features of the modelling being used.

The passionate defence of the Andrews government that has developed on the Left is not customary for one critical, radical section of it. Ostensibly led by a socialist left premier, it is a soft-authoritarian ‘left’ neoliberal government, which uses the steady expansion of police powers to ensure social order, as a substitute for the genuine community-building that a left government should do.

So in ‘#standingwithDan’ for the general principle that lockdowns should not be subject to the permission of market imperatives, are we missing the degree to which a reflex faith in simple and one-dimensional social control may be generating a policy that will, at some point, prove simply impossible to maintain at the social level?

That possibility is raised in a piece in the Guardian by Joshua Gans regarding the specific form of social modelling that the Andrews government is using to determine epidemiological spread. As Gans notes, he himself supports the general principle of lockdown. But the Andrews government’s model is one that does not recognise that any map of general social circulation needs to be heavily contoured. We live our lives running in worn grooves of habit, which determine who we see, where we go and what we do. The vast majority of us don’t wake up every morning and decide to go somewhere we’ve never been. Sociology and social geography have developed a massive body of work on this over the past decades.

Yet the model the Andrews government uses abolishes all such contouring, for ‘simplicity’, and assumes that society is a flat plane of encounters between an undifferentiated mass of atom-persons. By thus simplifying, a large number of parallel models can be tested in computerised dry runs.

By now, with mentions of a flat plane, multiple modelling and so on, some readers will be hearing a bell ringing (though it may be tinnitus from COVID; get a test). This sounds suspiciously like a testing feedback loop in which a model/map has been preferred not because it is the most accurate record of the real but because it is the most usable, in terms of computerised testing. The profuse and rapid results delivered then appear to affirm to science-oriented and trained epidemiologists that it is an effective process.

Having generated simple and clear results, it is appealing to state power because it can steer simple policies, implementable by surveillance—such as the automatic surveillance vans Victoria Police is lodging in public parks—whose measure of success is infractions detected, fines given out and the like. It is institutionally vastly preferable to the messy, chunky process of social-circulation management that a ‘contoured’ concept of social movement would require.

But dig one level deeper and you’ll see a further assumption, beyond mere modelling self-fulfilment. Society as a flat plane? Elements encountering each other, without embedded history? Where have we heard that before? Ah, yes, it is of course a catallaxy: the ideal type of the classical liberal/neoliberal social model deployed by thinkers such as Hayek and Mises in their modelling of what society should be. The neoliberal assumption is that we are contract-making atoms without history, habits or anything else outside the model of property-defined exchange. Spontaneous order emerges from the interactions within this undefined field, and any attempt to shape it is a ‘distortion’, say the classical liberals, which will yield unintended consequences, and ultimately authoritarian control.

Is it possible that in any era in which more critical and reflective social science has been uncoupled from social-democratic governments, this atomised model has appeared to be the ‘obvious’ best model to both the leaders of a left neoliberal government and medical scientists turned social-policy directors? If that’s the case, then what this model has generated is a massive overextension of daily life control to limit interactions that simply do not occur—save for in the model whizzing around in government computers. The ironies of this are multiple. It’s the classical liberal Right—the Institute of Public Affairs boys—who are putting up the most concerted resistance to lockdowns, albeit usually in a childish and petulant fashion. Yet the lockdown may be a product of the very assumptions classical liberals draw on for their one-dimensional idea of ‘freedom’. That’s one reason that substantial public support for lockdowns is gained. That idea of ‘freedom’ is so trifling compared to real social values—the safety of family, care for others—that it collapses immediately, even when the model it is based on is the one being used to curtail it!

For progressives, however, the other question must be asked: are people lining up to ‘#standwithDan’ simply because they are defining themselves against the Right? Is the severity of the lockdown becoming a richly meaningful moment of solidarity, our own little siege of Leningrad? If so, we may be uncritically endorsing a policy ensuring weeks, maybe months, of unnecessary authoritarian control, social suffering and inequality, because of bad modelling.

All of this raises the question as to how such social emergencies can be managed in a critical and reflexive fashion, while preserving the power of a government to direct essential action. This strange and distinct event in Victoria must be the occasion for changing the way that such information is shared, discussed and debated. Ideally, before the real second wave. And the next and greater virus, which may well be capable of generating a ‘flat plane’ of its own.

Nice analysis. But hasn’t the government sometimes been forced to a more ‘contoured’ approach? I’m thinking of the specific measure in relation to workplaces, hospitals and aged care. The government was forced to adopt these by the failure of the initial lockdown, which yes, we might see as Hayekian in its assumptions: just dampen movement generally and the numbers will come down. Why were we continuing to see a growth in the numbers with spikes into the 700s weeks after that general ‘dampening’ had been introduced? Because there were definite contours along which the virus was still able to move. The question, though, is whether the forced recognition of contours has had any effect on political thinking …