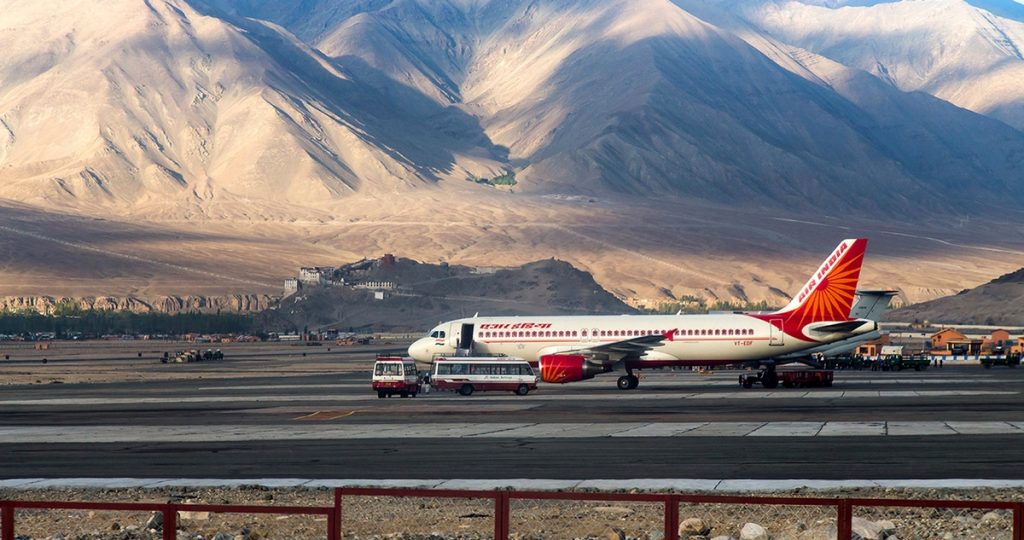 At the time of writing, Australia is still reeling from the imposition of a ban on Australian citizens returning from India, which is being consumed by COVID-19. Announced at a Friday midnight, and threatening fines and jail, the ban lasted a mere fortnight. Nevertheless, it marked an extraordinary moment in the attitude of the Australian state towards its citizens, and another of our dismal contributions to the development of the global state–citizen relationship in general.

The ban appears to have been conceived and created in panic, following the Morrison government’s repeated failure to establish a secure quarantine system or a rapid vaccine roll-out. Any recurrence of the virus and new nationwide lockdowns would have been greeted with such dismay that the government would be unable, finally, to escape blame for mismanagement. The anger would have been intense.

Instead, it has imposed a measure that unquestionably relied, or betted, on residual racist notions of ‘core’ and ‘non-core’ citizens in a multicultural society.

Political panic, rather than racism, is probably uppermost here, but there is no doubt that a ban on Indian citizens could be ‘offset’ politically. Whatever damage it has done among non-Anglo politicians, among whom the Liberal Party has been attempting to make inroads for a decade now, could be compensated for among sections of Anglo mainstream voters, still the most substantial group, who explicitly or implicitly hold a ‘core’ and ‘non-core’ notion of citizenship along racial-cultural lines.

Australian politics, like much of Western politics, is now so dominated by projections of class-cultural identity, superseding simple class economic interest, that the Morrison government may well have looked at the politics of the citizen ban and decided that it was not only not damaging but advantageous in areas—such as regional Queensland—that it has won from Labor over the last several elections, and that it very much hopes and believes it can turn into safe seats. It is the willingness to ‘do what it takes’, ‘challenge political correctness’ etc in defence of the land that will appeal to a certain, and potentially significant, section of the electorate.

But of course that notion of protection has a paradox at its heart. The citizenship of a now-vanished monocultural state, defined by empire and race, is an imaginary citizenship, ‘protected’ by legal innovation that makes the sudden cancellation of all Australians’ citizenship rights suddenly legally and politically precedented.

That Australia, among the world’s nations, would come up with this move is more than a little overdetermined. Like all white settler-colonialist countries founded within the era of liberal modernity, we have become expert at creating legal regimes that try to preserve both racial totality and a self-conception as liberal and universalist. The White Australia policy was couched in terms of the dignity of labour, the Stolen Generations a product in part of progressivist eugenics. As the liberal universalist claim has become greater, the exclusions have become more absurd until, in the Howard government era, the entire continent of Australia was removed from the migration zone of the Australian state, thus formally preserving our commitment to post–Second World War international migration covenants that we had played a hand in drafting.

We thought that could not be bested. Did we underestimate the degree of residual racial solidarity within the culture—or the capacity for abstract appeals to notions of ‘safety’, even when they changed the relationship between state and citizen to such a degree that the former’s obligation to the latter was abolished with the stroke of a pen? Is it not the case that global mobility and atomisation play a role in making us comfortable and relaxed about the abandonment and then full exclusion of our own citizens—of ourselves—from the protection and support of our won community, as mediated by the state-form? The material abandonment of hundreds of thousands of Australians overseas, with a virtual shrug, preceded the official legal abandonment of citizens in one particular place. The earlier version was largely due to the lassitude and uninterest with which right-wing governments now respond to the task of actually governing; the India ban has shifted the state–citizen relationship significantly.

The move could not have been performed without a changed notion of the state—from something that we demand represent us, and defend us from external enemies, to something that controls and sequesters us to protect us from the putative danger of each other, and thus preserve or enforce a comprehensive notion of ‘safety’. The onset of an actual virus was preceded by a viral model of political culture, based on notions of infection and spread, spreading the notion of ‘safety’ from one of physical security against violence to a broader protection from psychic damage, and then from emotional hurt or offence. Starting with modes of policing Islamist violence and ideology, such a discourse has spread to license general community surveillance, and the gradual extension of shadow-laws—lower court orders restraining behaviour—and ‘pretext laws’ licensing the mass incarceration of Indigenous people. All of these moves are eventually contradictory and undermining of the general ‘safety’ that they seek. The India-return ban has been particularly striking because the effective cancellation of citizenship and the right to return to your own country without penalty of imprisonment there dissolves the notion of the state altogether. A state is, in the last analysis, not defined by its physical territory per se but by the fact that there is a population that has the right to return there and to exclude others from it. If that right can be cancelled instantly, then there is no state at all, save as an agglomeration of capital, branding, and extraction rights.

Thus the momentousness of the ‘India event’ has led some—many—on the left not to demand a state that has some real relationship to the community that it purports to represent but to renew internationalist ideas of borderlessness and global citizenship as the only possible political-moral response. To us, that would seem to be merely a continuation of the profound misperception of the constitution of social life that has dogged the radical Left since its inception in the nineteenth century. Such calls to borderlessness and globality never propose a practical alternative mode of world organisation but rely on the privilege of insurgency and the prerogative of the intellectually trained to demand the impossible as contribution to political progress. For a long time, notions of revolution as a future, transforming, event could be relied on to avoid the suggestion of real alternatives. After that faded, poststructuralist notions of fracture and fluidity as goods replaced it. Now, with a ‘new spirit of socialism’ emerging from the United States and the United Kingdom, the difficult question of what the state shall be is re-emerging in favour of the purity of the absolute demand (something present also in the ‘abolition’ movements directed towards prison and the police).

Such moves, coming out of a Left that for the first time, via mass higher education, no longer has a split between the intellectually trained and the masses but rather a mini-mass that is itself intellectually trained, repeats the founding error of the radical Left. It takes the everyday relations of the intellectually trained, and their distinct practices—universality, border-crossing, ceaseless transformation, the weightless fluidity of ideas, and the ‘ethical arrow’ contained within that—and projects it onto the multi-levelled, multi-materialised full context of the world.

The demand that we protect the citizenship of all our citizens, not simply those ordained as ‘real’ by our history, can only come from the conception of a materially real community, involving specific reciprocal obligations that are not extended to all humanity, even though such obligations sit within a general obligation to all humanity. The ‘actually existing state’ is the very imperfect political form of that community, and our universalism cannot be that of borderlessness—neoliberalism is pretty good at that, with forms of radical fluidity and the like fulfilling a historical role as its ‘left flank’.

Instead we need a universalism that arises between grounded and bordered communities, offered as reciprocal gift relations—such as the offering of political asylum and refuge, which should be generous, expansive, dynamic. But it must be offered, not assumed. Prior to that there is the absolute obligation to our citizens that there is somewhere on earth whose care for them is absolute. Demanding it for those caught beyond our borders is a complement to demanding it for everyone within.