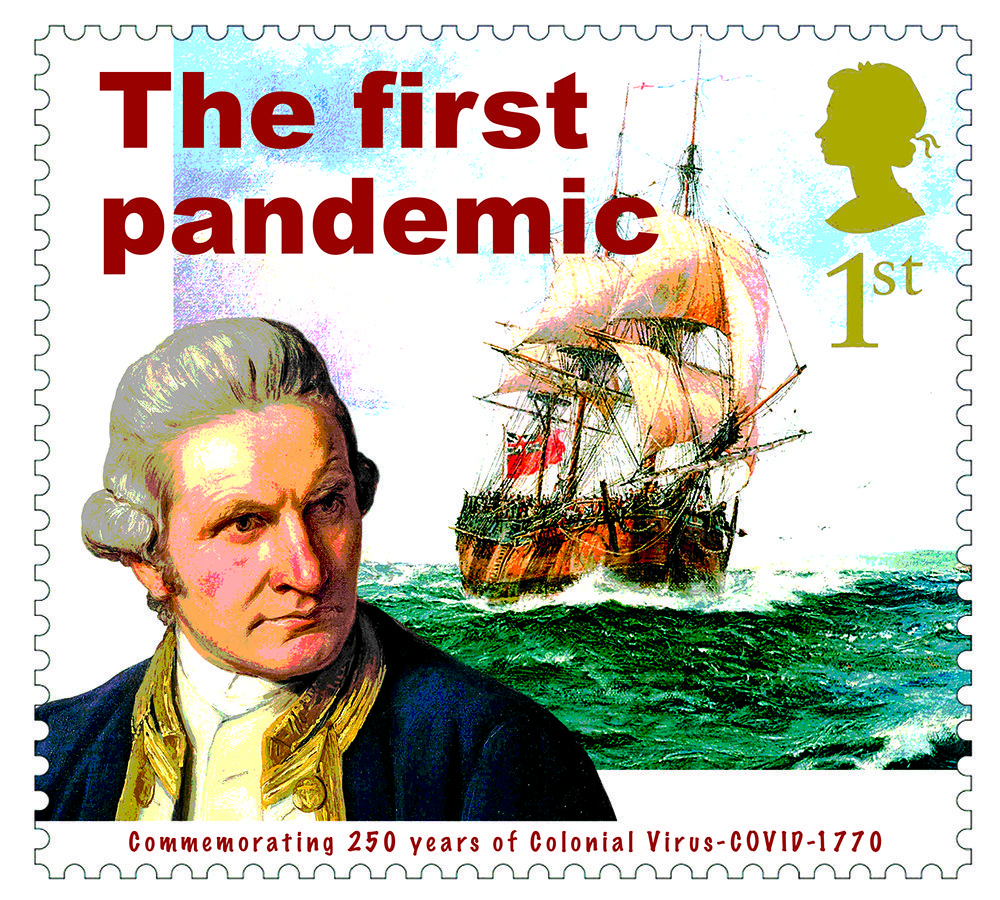 The past two weeks have seen some extraordinary backflips by the current government on some of its long-cherished beliefs as its shutdown of the economy has resulted in the addition of likely millions to the dole queue. The resulting introduction of new JobSeeker and JobKeeper income-support measures will have a significant accidental benefit on the economic situation in remote Indigenous Australia.

The earliest reported negative impacts of measures to control COVID-19 on remote Indigenous people was in the downturn of tourism visitation and an associated impact on art sales. My initial concern was that art-centre closures could see disposable income of people already deeply impoverished decline by up to 15 per cent and that this would cause immediate economic hardship.

To offset this impact, it was advocated that the government suspend the Community Development Program (CDP) and its compulsory participation and activity-testing regime that has seen thousands of Indigenous participants financially penalised since 2015. This program has been criticised by many commentators and in Arena Magazine no.150 I likened it to modern-day slavery. It was also recommended that Newstart payments (recently renamed JobSeeker Payments, ironically just as jobs are extinguished by government action) increase significantly.

The government’s economic-survival measures announced as a part of its second stimulus package of 23 March exceeded the hopeful lobbying for a rise in income support. The government also suspended CDP, sensibly recognising that group activity and intensive case management will be too risky to countenance.

These decisions now see CDP dead and buried for the foreseeable future. For Indigenous people who live in places where there are inadequate or missing labour markets, the demeaning farce of compulsory job searching where there are no jobs has ended for now. The Indigenous unemployed in remote Australia will be treated like millions of other Australian citizens in similar circumstances.

Indeed, the nature of JobSeeker payments has fundamentally altered. Despite the new name, this has suddenly become an income-support scheme. And after years of deeply impoverishing the unemployed, its rate will double from 27 April. This doubling after years of resistance undoubtedly reflects concern about the imminent collapse of the market capitalist economy without massive fiscal stimulus. The fundamental improvement in the everyday livelihood situation for the long-term unemployed, who are disproportionately Indigenous, is nevertheless welcome: extreme poverty and COVID-19 would be a deadly cocktail.

These changes will have a massive economic impact on remote indigenous Australia, effectively doubling the overall incomes of many communities. This is because of high levels of unemployment—in many places only three in ten adults are in paid work. So, the second stimulus package will constitute a likely greater injection of cash to Indigenous households even than from their initial inclusion in the Australian social-security system some fifty years ago.

Even with this unprecedented boost, there is much more to be done on the economic front, as emerging Indigenous commercial and social enterprises will need ready access to the support now available under the JobKeeper payments of the third ‘support’ (no longer stimulus) package announced last week.

In remote Indigenous Australia, ensuring proper income support and the preservation of businesses will require the authorities to rapidly switch their modes of operation from being coercive and punishing to being supportive and caring. If such a switch of mindset were to occur—effectively ending the punitive culture of neoliberalism—the true number of those currently outside the income-support safety net will become apparent. It is imperative that all eligible income-support recipients, including many who have been driven out of the social-security system by the bureaucratic torture imposed by CDP’s onerous attendance requirements and penalties regime, get their proper entitlements to reduce the burden on others.

Remote community stores will face an immediate challenge to increase their stocks to cope with greatly enhanced demand that began last week with the first one-off economic-support payment of $750 made to all welfare recipients. As incomes double later this month, remote communities will face major logistical challenges with the management of supply chains and transportation.

These new economic-survival measures will only take us part of the way to addressing the devastating public-health challenge that COVID-19 represents. The reduction in extreme poverty and associated immediate increase in foodstuff consumption should help to lift the resilience of immune-compromised remote indigenous populations. These are people who already die prematurely from diabetes, rheumatic heart disease, liver and kidney failure and lung cancer and have extraordinarily high levels of morbidity owing to deep impoverishment and long-term neglect.

The challenge to keep COVID out of remote communities seems almost insurmountable given global evidence. Nevertheless, recognising the likely high loss of life from COVID-19 infection, the NT government is looking to enforce strict measures to require anyone returning from overseas or interstate or from outside communities to self-isolate. Working with Aboriginal land councils, there are measures to strictly limit entry onto Aboriginal-owned land. And there are plans to emergency evacuate any community members infected with the virus to facilities in larger urban centres because adequate medical personnel and facilities are absent in remote places.

But it is hard to see how cutting and pasting draconian social-distancing emergency measures will work in very different cultural contexts where intense bodily interaction and social relationality are so highly valued and where structural impoverishment also dictates close physical proximity: remote places face a COVID-19 double jeopardy. How can social distancing and requisite levels of personal hygiene be maintained when people live in overcrowded housing with limited ablution facilities sometimes shared by multiple families? This alone represents an almost insurmountable challenge to eliminating community transmission. Early reports from some communities indicate that the few available stores were terribly overcrowded and open long hours when the first $750 payment arrived, making a mockery of social-distancing edicts emanating from Canberra. Misguided policy to centralise people in such unhealthy under-resourced circumstances (which I discussed in Arena Magazine no. 148) has been a central plank of government policy in recent years—recall Tony Abbott’s insulting ‘lifestyle choice’ statement. Perhaps the pandemic will open possibilities for a return to homelands that offer healthier housing and living conditions as a ‘choice for survival’? Any additional loss of life will create further public-health challenges, as families will congregate for mortuary rituals in accord with social and moral prerogatives. The culturally distinct and infrastructure-limited circumstances of remote indigenous Australia make formulaic two-person public gathering and 4-square-metres-per-person indoor rules nonsensical.

All this indicates that there is an urgent need for a fundamental policy rethink to address the structurally embedded drivers of Indigenous marginality that this ‘national emergency’ highlights, yet again. It is imperative that some of the shifts we have seen devised for the good of the national economy and general population in recent weeks will be a harbinger of equalising changes, including addressing historical legacies, that will not be reversed when the COVID crisis is behind us.

To see those outside the social security system due to CDP coming in to receive their entitlement might rely on the maintenance of some distinct program of remote employment services. Otherwise this geography could just disappear from published social security data.

I suspect your anticipated growth in demand in remote community stores could be driven not only by the increase in income from Jobseeker and other payments, but also by people not going into large towns to shop. Could be big.

I would like to think that longterm improvements can come out of crisis policy making, but I heard this idea in 2007 and 13 years later I am not convinced that it happened in that instance. Let’s hope this current instance is different. It is certainly a far less ‘manufactured’ crisis than 2007.

Great to see Arena online. Keep up the good work

Thanks for the thoughtful comments Will, much appreciated

If by 2007 you are referring to the NTER, the only people suggesting that were suggesting improvements would result were the political and bureaucratic elites, mainly in Canberra; and some influential Indigenous thought leaders none of whom actually lived in the NT. Remember that initially the Howard government’s proclamation was ‘stabilise, normalise, exit’ in five years; none were achieved and in the subsequent ‘Closing the Gap’ framework remote Australia and the NT were jurisdictions where socioeconomic disparities were most acute.

The difference this time is that beneficial income support measures are mainly targeting non-Indigenous Australians with benefit to remote living Indigenous people being an almost ‘unintended’ consequence. If these measures prove hard to undo in the future when the COVID crisis ebbs or maybe disappears, which I hope is the case, those unintended consequences might just become embedded for all. It will be interesting to see what the Senate Standing Committees on Community Affairs Report on the Adequacy of Newstart (now JobSeeker) due for release 30 April recommends and how this meshes with the payment of the COVID-supplement of $550 per fortnight. Hopefully too the governmental obsession with activity testing and attendance monitoring suspended for now (we believe) will be abolished and we will move towards some new more benign, less punitive and more productive regime of income support for all including deeply impoverished Indigenous people in remote situations who need such reform the most.

Your emphasis on the long term vulnerability of Indigenous people enduring extraordinary inequity in housing, health, education and employment is a very timely warning to all levels of Australian government.

Calls by the Australian Indigenous Doctors Association (AIDA) for boosting the community controlled health services and maintaining the strictest quarantine efforts for discreet Indigenous communities should guide our nation.

We must not make the mistakes I witnessed in the Amazon where missionaries carried in malaria to the Zo tribe of First Nations people up near the border with Suriname. The detection by Brazil of the first seven COVID-19 cases among Amazonian people just this week underscores your grave warning.

Australia’s remote communities need urgent improvements to housing, support for their clinics and huge improvements to reduce the cost of fresh foods in their communities…but they don’t need unnecessary traffic increasing the genuine risk to people carrying multiple chronic illnesses.

Arena online is made for these times. Well done.