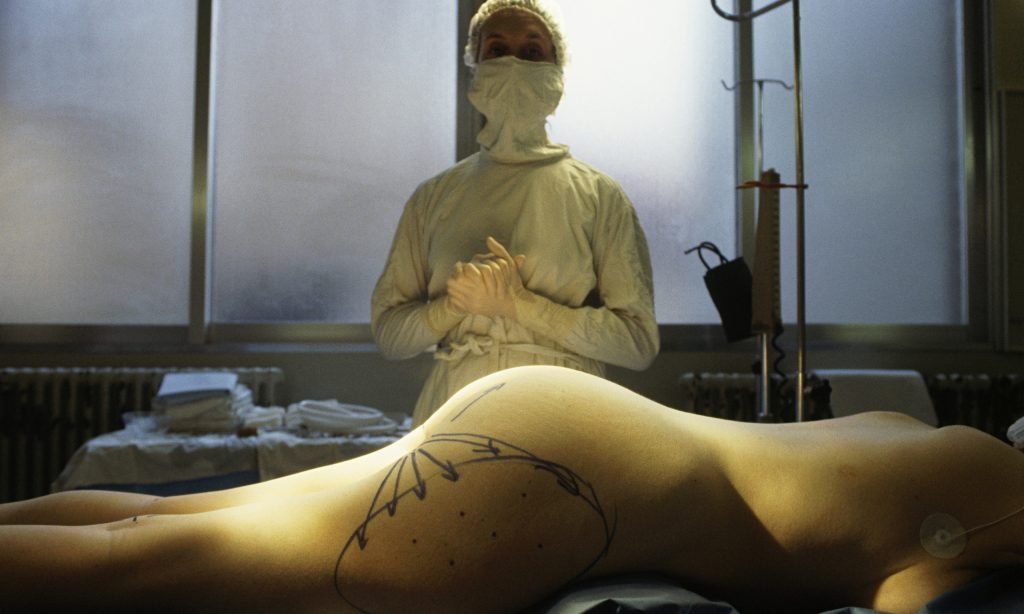 Though marginal to the main existential business of anthropogenic climate change and looming geopolitical conflict, there have been a couple of stories recently that should focus our attention on what will be one of the inescapable themes of the twenty-first century. Four Corners’ investigation into plastic surgery entrepreneur Dr Daniel Lanzer and the conviction for manslaughter of body-modification artist Brendan Leigh Russell in New South Wales are not, perhaps, the principal topics of conversation around such water coolers as are operational post the lockdowns. But both highlight, in very different ways, an increasing readiness to cut into human bodies in the pursuit of beauty and identity. While centring on very different procedures, both provide evidence of a radically changed, and changing, attitude to our own corporeality.

Of course, both stories depend for their newsworthiness on the extreme nature of the procedures performed, and to that extent they attest implicitly to the fact that those procedures are not yet mainstream; as series such as Botched and Bodyshockers suggest, there is a strong element of morbid curiosity in our fascination with modification, and certainly with modification gone wrong. But that such reports are also evidence of increasing uptake in the ‘body mod’ space, and function as a sort of consumer advice for anyone thinking of entering it, is clearly part of the story, too. Though nothing like as conventional as the non-intrusive modifications of bodybuilding, tanning, dieting and haircutting, the cutting of flesh is fast becoming a culturally acceptable practice: plastic surgery is uppermost, of course, but there are also piercing, ‘extreme’ tattooing, deliberate scarring, splitting etc., as well as ‘body-hacking’ technologies such as magnetic or biometric implants. Such indeed is the range of procedures to which the contemporary modifier may now submit that the lengths to which he or she must go in order to attract attention border on the truly macabre—witness the self-styled ‘black alien’ in France (real name: Anthony Loffredo), who recently sliced off two of his fingers in order to create a ‘claw’.

The mainstream media’s approach to such issues is to sort legitimate from illegitimate practice on the basis of consent and health/safety. But this individualistic, legalistic framework has little to say about the long-term causes and consequences of these practices, and by focusing reflexively on malpractice may even serve to naturalise them: the more we dwell on the botched interventions, the more we accept the intervention itself as culturally unremarkable, in a way that leaves the important questions not only unanswered but also unasked. In common with most of the rest of the world, liberal societies such as Australia proscribe a number of ‘barbaric’ practices such as breast-ironing, foot-binding or female circumcision; but as the political scientist Sheila Jeffreys noted in her book Beauty and Misogyny (2005), and in a related Arena essay, the notion of consent as it relates to practices such as labiaplasty or breast ‘augmentation’ are so beholden to sexist norms that the notion of ‘consent’ is problematic. As for the ‘post-feminist’ view that such procedures are ‘empowering’—that may be a case of taking the wish for the reality. The ‘slim-thick’ body style of a Kim Kardashian is less a ‘beauty ideal’ than a pornographic one—a funhouse-mirror body shape that conforms to certain preoccupations in the current pornographic industry: not an ‘hourglass figure’ but a bouncy castle.

Certainly Jeffreys is asking the right questions. For while all human cultures engage in body modification of various descriptions, from teeth-filing in Bali to earlobe-stretching in parts of Africa, the cultural meanings associated with it are not inevitably positive. Recently, the empowerment argument has received a psychiatric twist to the effect that body modification is often a way of reclaiming one’s body in the wake of some trauma or violation—an association made explicit in the character of Lisbeth Salander in Steig Larson’s The Girl with the Dragon Tattoo. But while this therapeutic emphasis is to be found in much of the discussion around modification, it tends to leave untouched the question of why such practices have this effect. Have victims of rape or sexual abuse always found comfort in body modification? Or might we be witnessing a more general development—a sense that one’s body should be ‘brought into line’ with one’s chosen (as opposed to prescribed) identity—into which trauma and trauma recovery are now marbled?

I’d like to float the possibility that we are in fact at the threshold of a newly intensified mind/body ‘dualism’ and that the modification of the human body is in some ways also its relegation to the status of junior partner in the duo. Indeed, I don’t think we can consider the phenomenon of plastic surgery and body modification in isolation from techno-cultural processes such as the development of new gene-editing technologies (and CRISPR-Cas9 in particular), the thriving ‘red market’ in human body parts (the subject of a recent Panorama program) and the increasing acceptance of radical procedures such as gender-reassignment surgery. (Perhaps it is not insignificant that Brendan Leigh Russell’s body-modification business is—or rather was—called ‘Transitions’.) In short, we appear to be seeing the rise of a more general willingness to modify bodies in the interests of identity, authenticity, freedom, beauty and longevity.

Mark Zuckerberg’s recent rebranding of Facebook was treated as something of a joke in most media, and it is true that his renderings of the ‘metaverse’ resembled Second Life at its worst. But it is nevertheless true that human existence is increasingly ‘disembodied’ or ‘mediated’, and that human sociality, which emerged in conditions of physical presence, is more and more based on conditions of absence. Might there be a relationship, then, between Zuckerberg’s silicon-based dream of the future and the application of silicone etc. to human (or post-human) ends, and might this relationship itself be intensifying the new mind-body dualism? Could the passion for ‘fluidity’ mean that we seek to become our own avatars, and become uncanny to each other in the process? In The Anatomy of Human Destruction (1973), Erich Fromm noted that the quest to create an intelligent robot would come to seem passé when human beings were indistinguishable from robots. As we become ever more remote from ‘meatspace’, it’s worth considering the role the scalpel and the needle may play in that development, and considering too the role that development will play in the existential challenges unfolding before our bagless eyes.

The Small Matter of Our Humanity

Cloning, embryonic stem cell research, xenotransplantation, genetic screening … the onslaught of new medical and biological technologies are pushing us towards a posthuman future whose meanings, possibilities and peril we have barely begun to contemplate.