On the Christchurch Massacre 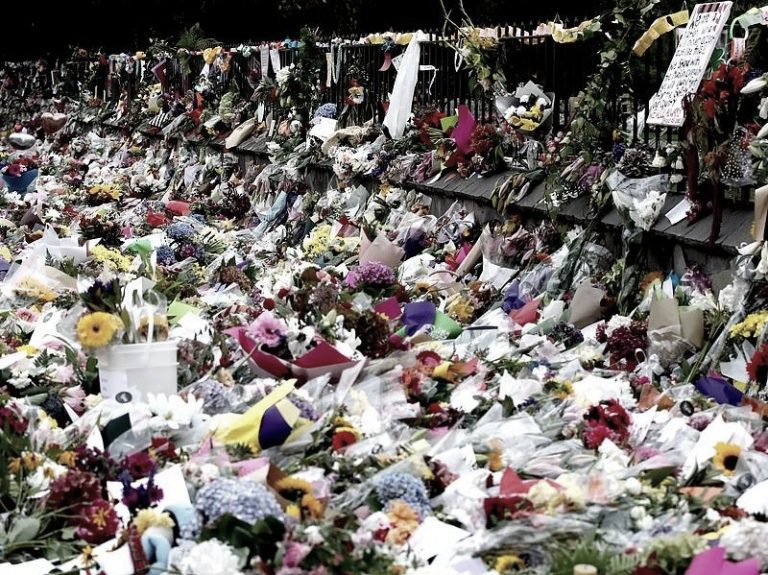 The decision by the convicted Christchurch mass murderer, Australian Brenton Tarrant, to make no statement during his sentencing is in keeping with his conduct throughout his crime and subsequent arrest and remand. It’s a manner we are unused to seeing in right-wing terrorists, and all the more disturbing for that. The moment when the accused speaks is always stomach-churning: we recognise it as everyone’s right, but it offers someone accused of a crime like this the chance to reprise their contempt for humanity—or the chance to spout mentally disorganised kitsch—reminding us that mass death has come from a mix of obsession, resentment and self-pity.

Yet, as disturbing as such statements are, they also reassure. Anders Breivik, who murdered seventy-seven77 teenagers and adults at a young social-democrats gathering in Norway, gave a cogent enough reason for targeting the ‘cultural Marxists’ who were destroying traditional Europe; and then beclowned himself with an elephantine, Wikipedia-referenceladen manifesto and petulant courtroom antics. Whether he was insane, legally speaking, or not, Breivik’s actions did not break clear of their backstory: he was fucked-up European flotsam, who turned his rage at being personally deracinated—coming from a broken family in a dead Europe—into an attack on those who consented to it, a last fragment flying off the end of the twentieth century.

From the start, Tarrant conducted himself in a different and more ominous fashion. Everything he did was focused on the propaganda of the deed. His ‘manifesto’ was short and pointed (and in it he claimed to have deleted a much longer one), done in a Q-and-A format, and lightly mocking of the pretensions of such documents. His ‘tribute’ to Breivik as a Christian warrior appears to be a joke of sorts, claiming a continuity while taking the mickey. His remark that, like Nelson Mandela, he would be freed after twenty-seven years was equally ‘playful’. His assessment of his own historical import—that, disappearing into the prison system, he would soon be forgotten, even after a deed such as this—suggests a chillingly rational assessment of deathlebrity. More convincingly than many, Tarrant has presented himself as a soldier, conducting one mission in a war—against the alleged annihilation of white European culture by the 6-per-cent Muslim population of Western Europe, and the global politics of multiculturalism more generally—that is to be regarded as lost for the moment, and that calls out stalwart acts of striking atrocity as a form of remnant resistance until a greater rebellion begins: a terroristic Thermopylae, buying time.

Unlike the sprawling violence of Breivik’s acts, the killing of white ‘traitors’, the cultural and emotional incontinence of it all, and the ancien regime politics with which few can identify, Tarrant’’s atrocity called on different cultural identifications. Neatly packaged and assembled, prepared using drones and filmed on a helmet-mounted go-pro camera, it was DIY-store terror, put together from commonly available parts. It was also product. His Q-and-A document was no ‘manifesto’, and it certainly wasn’t ‘rambling’, that lazy journalist’s cliché; it was the event’s manual, a how-to guide for what he had produced, the signifying terrorist atrocity as kit, a horror franchise. A mapping by The New York Times of subsequent white-supremacist attacks, and their stated influences,  showed how quickly the Christchurch event influenced half a dozen other attacks, most of which, a year or so later, are themselves forgotten. Breivik believed that his act would spark a white uprising in Europe, and is reportedly bewildered and disappointed that this has not occurred; Tarrant appears to have accurately predicted the limited impact of his atrocity, keeping a flame alive.

In that respect, the dark minimalism of his act turns much of the attempt to socially re-assimilate it—as individual hate, as insanity—back on itself. The threat of a whole-life-without-parole term and a permanent disappearance into the grey half-world of prison seems to add a cosmic lustre. The acceptance of a guilty plea, the absence of court theatrics, dispels any suggestion of adolescent rebelliousness turned lethal. The statements of victims and their relatives are passionate, moving, noble and, as a standing refutation of murderer’s beliefs, a reminder of the profound unity of Christianity and Islam in notions of an obligation to infinite mercy and forgiveness under God. But his refusal to speak, to diminish the self-contained nature of the act with spluttering justification, leaves them with nothing to be more noble or loving than;by detailing their unassuaged and unassuageable pain, they emphasise the singularity of the act, as terror, its distinct status a political omega point. Terror is something not even its own supporters can approve of. Everything about this massacre appears to have been dedicated to one end: to create an act that was irreducibly political, one in which the ends were not consumed by the ghastly, nihilistic means. By Tarrant’’s account, his act was an equal and opposite measure against a new order—global multiculturalism—that he saw as nihilistic in its global, autonomous power, and its self-depoliticising capacity. Multiculturalism, global borderlessness, as a specific politics, simply disappears from view, into the status of unquestionable good. The collective refusal by powers of left and right to present it as such makes a recognition of Tarrant’s act as political equally difficult. That is above all in the mischaracterisation of his ideology as white supremacist; his document makes clear that it is ‘survivalist’, seeing white Europeans as threatened with dissolution (something he compared to Indigenous dispossession, an argument absolutely no one wanted to handle); this so-called ‘great replacement’ theory is spurious and self-pitying, and it would appear to have a class–race conjunction, a right-wing anti-intersectionality. It functions, for a violent global right subculture and its larger hinterland of self-selecting disaffected Anglo-Celtic and European working- and middle-class people, as a claim that it can only gain recognition from a totalising system by atrocity. Breivik’s hit was a distant echo of a Nazi street attack, if not the battle at the gates of Vienna. Tarrant’’s act of terror pointed towards the future. Quite possibly, this series of acts of which it is a part will cease, marooned in time, as empty and vicious defiance of a new world. And quite possibly it is a harbinger of a changing one. It only takes one side to make a war, especially if that side believes one has already been started.