Hollowing Out the Humanities: Morrison’s attack on Australia’s Political Potential 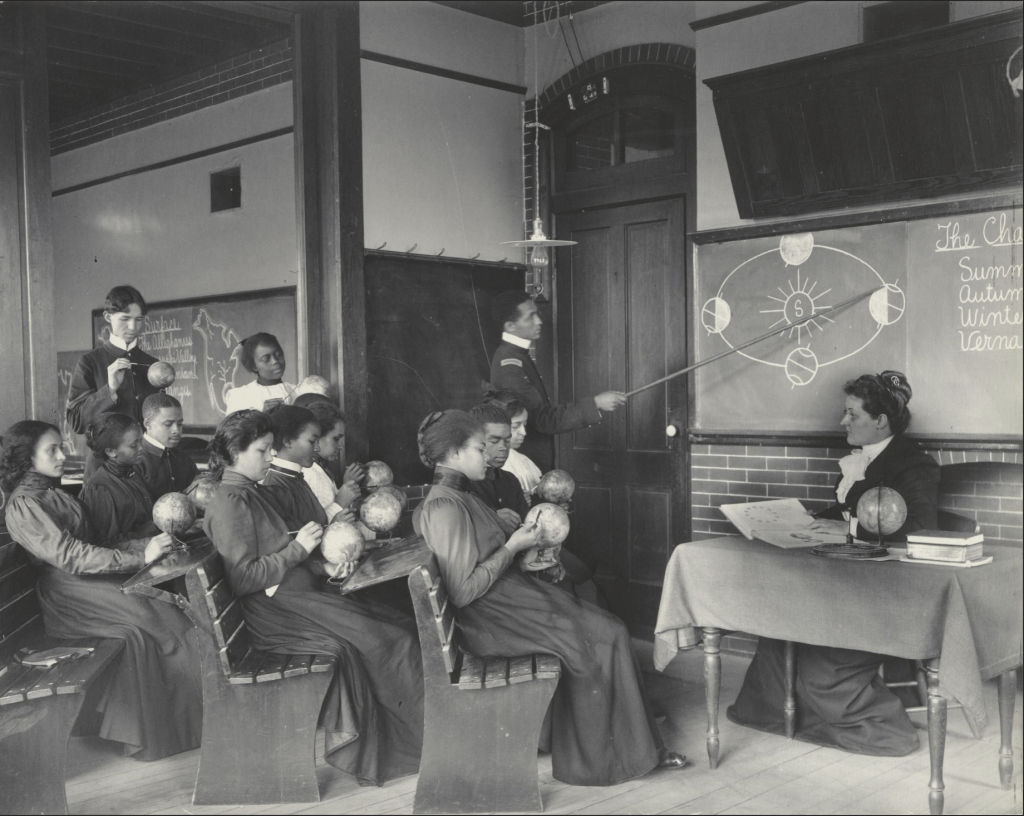 The Australian government’s persistent attacks on tertiary education over the past forty years have left the universities broken, both economically and culturally. While universities have been largely complicit in this process, as early-career researchers we wish to draw attention to the rich potential of the humanities to confront and critically engage with systemic issues plaguing both higher education and Australian society more broadly. The recent announcement by the Morrison Liberal–National Party (LNP) government seeks to undermine this potential by diverting students from the humanities by means of an alarming 113-per-cent fee increase, while decreasing the cost of STEM-related courses by 46 per cent. Crucially, while some students may benefit from the lower cost of STEM courses, this discount disproportionately places the financial burden on universities, cutting government funding across all faculties. The proposal was put forward with the misleading motivation of creating a more ‘job-ready’ and ‘essential’ cohort of university graduates. Behind this, however, lies a more insidious goal, one that cannot be measured solely in economic terms: to attack those courses that threaten the LNP’s governing ideologies.

When education minister Dan Tehan announced the government’s changes to university education, he described it simply as ‘common sense’, delivering ‘cheaper degrees in areas of expected employment growth…a win-win for students’. While the tenuous and misleading economic arguments put forward by the government in favour of this proposal are not this article’s focus, it is important to note that they do not hold up well to economic scrutiny (see here, here and here). Rather, the Morrison government’s attack on the humanities, and the tertiary sector more broadly, underlies a history of antagonism between conservative, neoliberal policy-makers (from both the Labour and Liberal Parties) and Australian universities forced to defend their research in neoliberal terms (see here and here).

Tehan’s optimism about the education reform has been met with a wave of criticism, bringing into question the basis for the legislation and the government’s motivation for introducing it. The financial state of the tertiary sector at large dominates these discussions, drawing attention to its dependence on international students, and the $3 billion to $4.6 billion expected loss for universities this year. The current, dire financial state of higher education in Australia, in combination with Tehan’s reforms (should they pass), point to a future where universities are further dependent on corporate funding to function and survive. If education and research are primarily, if not solely, funded in the interest of corporations, the role of the university will be relegated to that of the workplace, with vocational training and industry-driven research eclipsing the university’s function within society as a harbour for critical discourse.

The steady encroachment of economic metrics aimed at determining the value of research is nothing new. However, this planned legislation marks a moment of escalation that holds significant ramifications for present and future generations. Higher education is increasingly advertised and sold to students in economic terms, constantly drawing connections between coursework and industry relevancy, with courses functioning as investments, yielding returns in the form of career pathways and potential income. This logic has been extended in places such as the United Kingdom, where the government has announced plans to rank universities based on graduate employment and salary, measuring the quality of higher education in terms of graduates’ amenability to the market. Continuing down this path, wherein universities operate in accordance to, and are financed primarily by, the business sector, our ability to understand the past and present, and, crucially, to anticipate the future diminishes. While behind this ‘fee overhaul’ is a flat cut in funds to the tertiary sector, the specific instruments the government is using to curb humanities enrolments reveals a clear ideological motivation for this decision: to define the value of knowledge, thought, and training solely in terms of their contribution to capital enhancement.

Such overt neoliberal governmentality nullifies Morrison’s ‘­a fair go to those who have a go’ proverb by asserting that research is only meaningful and valuable when it relates to market forces and improves business practices. While it is not possible in this article to outline all the ways in which this announcement significantly undermines democracy both for the citizenry and for government more broadly, one critical consequence will be the erosion of Australians’ political agency and imagination. In facilitating the goals of corporations, the Morrison government magnifies the financial burden placed on students, effectively hushing the voices of those students who wish to study, but cannot afford, a humanities degree while directing them to courses that (the government argues) will better prepare them for a future workplace. Sadly, senior managers and vice chancellors of Australian universities have echoed the neoliberal rhetoric of the Morrison government, poking fun at and delegitimising humanities research while touting the importance of STEM courses, as Swinburne’s vice chancellor recently did:

One of the things we will do in relation to COVID-19… I am going to pare down everything that doesn’t speak to technology or science. Because, do we need to be the 10th university that teaches Chinese or Italian? No…we are the Swinburne university of technology… My vision for Swinburne is that we need to differentiate from the pack and that our DNA at Swinburne is fundamentally STEM and technology and preparing the human capital required to make it sing.

The crucial point to be made here is that humanities and STEM courses should not be understood as independent from, or detrimental to, one another. Rather, as Baden Offord notes, they ‘are entangled as much as they are distinguished by their different approaches to learning and knowledge’. However, the fact that one is more explicitly connected to industry and corporate interests and the other is more synonymous with social, cultural and political critique reveals an ideological bent to these changes. In effect, they financially exclude  disadvantaged students from participating in, and contributing to, humanities discourse—or they punish them for doing so. This attempt at funnelling students away from the humanities is discriminatory, and threatens to hollow the discourse in areas where the voices of the marginalised are essential.

By marginalised we refer to those who have low income status, BIPOCs, LGBTQI+ Queer people, women, immigrants, mature-age students and those who are the first in their family to attend university. Typically—and one of us, Persic, speaks as someone who grew up in a low-income, immigrant family —marginalised people tend to be disenchanted with the idea of university already. And, while they may see education as a meaningful choice, they broadly consider a humanities education as an unproductive choice, in terms of both political output and financial gain. When the government stridently asserts that humanities graduates are not inherently ‘job ready’ and do not have a high employment rate (which is statistically simply not true (see here and here), the incentive for marginalised people to engage with the humanities is further eroded. When you are confronted with survival as the ultimate priority and the government’s rhetoric effectively denigrates humanities study as ‘leisure’, it inclines you to see the humanities as a privilege, not an opportunity. In fact, and ironically, a humanities education is one of the most effective for the underprivileged, offering an environment in which to be critical of the structures that govern our lives while giving rise to discoveries both academic and personal.

What do the humanities, and politics and culture more broadly, lose as a consequence of this proposed legislation? In a sector of scholarship where the aim of research is to contribute to, and participate in, critical debate, the humanities lose those historically marginalised voices so essential to culture and politics. This re-homogenising of knowledge, politics and culture is precisely the type of domination that humanities courses routinely criticise and denounce. When conducting contemporary research, researchers are increasingly turning to issues of gender, race and class, and when the marginalised are turned away from this discourse, dangerous power imbalances ensue, and persist. If there is to be any democratic foundation for how knowledge is produced in Australia, universities, and Australians generally, must resist these reforms. Certainly, knowledge production does not default as democratic simply through access, but access is undeniably the first step. The proposed legislation effectively asserts ‘access denied’ to marginalised groups by excluding them through fear of financial penalty. As a consequence, the discourse of politics and culture risks further entrenching the elitism and power of the ruling class. The government’s attempt to funnel students away from humanities degrees is, without reserve, an ideological attack, financially punishing students and defunding universities in order to serve corporate interests. We cannot allow our culture and politics to be determined by these neoliberal ‘reforms’ to education, which undermine any democratic foundation for knowledge production by excluding and financially punishing marginalised people. For, in the words of Wendy Brown, as politics and public life are further ‘relocated to the economy and recast in an economic idiom, inclusion inverts into competition, equality into inequality, freedom into deregulated market places, and popular sovereignty is nowhere to be found’. This is the neoliberal rationality of the Morrison government, one that hollows out democratic reason and values, and pollutes our political imaginary, stifling those voices that threaten the governing ideologies.

Lachlan Howells is a writer and researcher from Perth. He holds degrees in sociology and finance from Curtin University, where he is a PhD candidate researching the contemporary use and politics of online platforms, looking specifically at Twitch, humour, video-game culture and fan labour.

Rebecca Persic is a writer and cultural theorist from Perth. She holds degrees in fine arts and cultural theory from Curtin University and has ongoing research interests in contemporary culture, ridicule and the politics of laughter.

An interesting piece.
My late friend Dr Alan Roberts, physicist, mathematician, thinker extraordinaire, and contributor to this journal, told me of a bit of research carried out by an academic friend of his. (If I had time, I would look it up.)
A selected student cohort (I think from Melbourne or perhaps Monash) were asked to respond to essentially the same questionnaire at three stages of their studies: 1. On entry to the university; 2. Six months into their degree course, and 3. On graduating.
The most pertinent question was along the lines of ‘do you expect (later: have you found) your studies to be interesting ?’ At stage 1, 100% of the cohort said ‘yes’. At stage 2, this from memory was down to 50%. At stage 3, it was down to something like 25%.
The conclusion the researchers drew was that the university experience had transformed 75% of the students into anti-intellectuals.
In my book, the type-specimen of the intellectual is an Hypatia, Isaac Newton, Charles Darwin, Marie Curie, Antoine Lavoisier or Albert Einstein. Such people have, along with many, many others, found a quest. Each of them, in pursuit of those separate quests, finished up learning a great deal, and eventually changing the whole world; and very much for the better.
Universities in my view should identify such students at an early stage and nurture them. My old alma mater, Sydney University used to (perhaps still does) offer a BA degree to those who have a. filled course-work requirements as set out in the handbook, OR b. have submitted a dissertation of suitable academic standard.
I think that b. was there as a nod to Oxbridge, which had that approach; perhaps designed to attract and cater for those born into the upper classes. If it is still there, it could come in handy for self-starters.