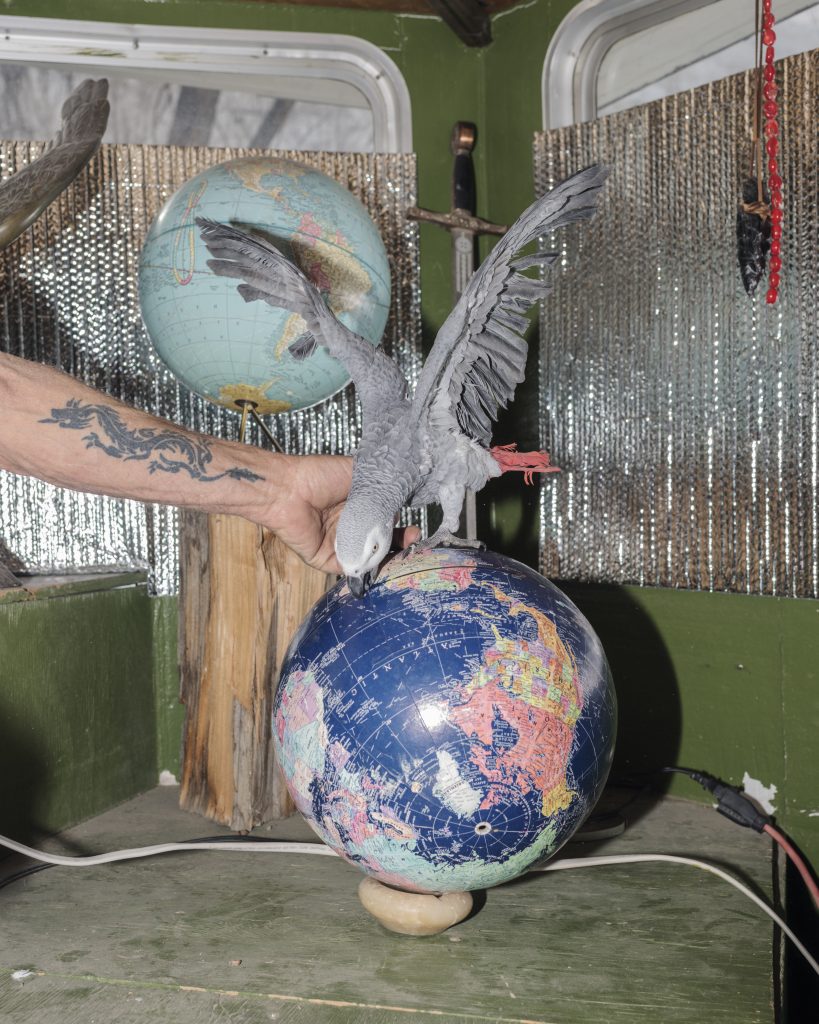 With the news cycle rushing on, with revelations about rape in high places, and racism still abounding in Australian football, against a COVID background more or less dire globally and the US election still casting its divisive effects on the ground, as a quarterly, we turn to an exploration of context and the underlying forces shaping life and politics today. When everything seems to be ‘melting into air’ before our eyes, and everything is more politicised than ever—the immediacy of social-media commentary on the one hand, the sharpened divisions between increasingly warring protagonists on the other—Arena hopes to slow things down; to ask for a more considered reading of events and trends; to provide some more complex interpretations of just what is happening in our world and why.

The news media is in general of little help in this regard, and not only because the ceaseless news cycle, now in part driven by social-media scandal in any case, limits the kind of reflective reading and discussion we think are needed. Besides this, the discursive limits and commitments of even the ‘progressive’ media have added to the constriction of the range of public discussion. A long-time forming in what has commonly been called a ‘shift to the right’ in politics, the realignment of public discourse in its news-media form has, broadly, kowtowed to the campaign of neoliberalism across all the institutions and as taken up on both the left and right of parliamentary politics. An emboldened Right in this context has especially homed in on the liberal media—in Australia, the respectable dailies and the various arms of the ABC. It has forced what it calls ‘balance’ in ABC programming and comment, and mounted disabling ‘rationalisations’, while taking up the Murdoch empire’s bidding, as might be seen in the present battle over payment for news services on the big tech platforms. The Right has also mounted outright campaigns against some individuals and programs.

There’s no doubting that the ABC has been held hostage to vicious ideological attacks, and some individual journalists have at times been personally brave in response. And yet any fightback in any media setting that has occurred has taken place on an already changed landscape. In any case, the liberal organs have by reason of their own biases and world view been less than accommodating of anything like informed left views in this context, with the ready construction of an ‘acceptable Left’ as the Labor Party and (some) unions, and in a more complicated way, the various claims to identity that it seeks to handle within its own ‘left-liberal’ outlook as claims to rights and justice within a diverse Australia.

It is only belatedly that, in this context of neoliberal conquest, it has come to the organs of small-l liberal outlook and conscience that what they are defending is in fact a liberal world view. Belated especially in Australia, as the term doesn’t quite fit everyday understandings or the history of the political system and social compact between state and people, whereas it does in the United States. But even there the designation ‘liberal’ has taken on newly heightened meaning. This has been especially so of course in the period of Trump, and the US media having to struggle with basic questions as to how to handle ‘fake news’ and what began to emerge in public thinking as a turn to something like fascism within the American body politic. Notions of balance and record in respectable media were reassessed in a context of perceived danger—danger to the status of the news media as a venerable Fourth Estate, and to their imagined America. Evidently more militant forms of response to Trump and his constituency—to what was ‘fact’, and to what the potential creeping consequences of Trumpism might be—took to the stage. What America stood for would have to become the subject of an upfront battle; liberalism could not be a set of background commitments or values. Indeed these would become supercharged with public meaning again. In a weaker form, but nevertheless present, Australian progressive media have in many ways followed suit, despite the anachronism a pure commitment to ‘liberal democracy’ is for the history of the Australian social state. Unquestioned support for Hillary Clinton by the ABC was one example of the limits on contemporary political discourse; the scope of reporting of events on Capitol Hill, as John Hinkson discusses in this issue, is another.

Needless to say, the other driving force in this is the digital revolution. Neoliberal emboldenment of the Right was contemporaneous with traditional mainstream media being hit by a revolution in more mobile, more seemingly flexible and more personally responsive forms of media and information distribution. But how the two developments are typically linked—how a revolution in science and technology within economy and culture has been linked to the ‘shift to the right’ apparently afforded by ‘neoliberalism’—is shockingly superficial in mainstream thinking of either the right-wing or the ‘progressive’ media. Indeed, either the link is seen as merely coincidental—an empirically interesting coincidence—or it is not thought about at all. In either case, for politics, ‘liberalism’ simply flows to a defence of the individual in relation to those developments, as if science and technology are nothing more than tools for conscious Man, to which is somehow simply added, ‘and Woman’, while any deleterious effects of the neoliberal economy may be ameliorated as purely political phenomena. That what is at stake is the emergence and protection of a global shift in capitalist world/production; that neoliberalism has been a free-for-all of the powerful (old and emerging) inconceivable without the revolutions in science and technology that have supercharged commodity production; and that neoliberalism and commercialised science and technology in mutual embrace have utterly transformed our intimate life-worlds, gets no real consideration in the liberal framework.

As Trump supporters take up arms and assert an authentic American identity and a political right founded in the Constitution, the progressives hark back to the same Enlightenment, which brought us American modernity, with its constituted divisions legitimised as liberal democracy. While typically neither side of this showdown grasps the deep nature of the shift that has been occurring, and indeed has undermined and remade their identities in post-modern ways, liberals seem especially incapable of grasping this. While a delegitimised and dispossessed old working class, and others feeling the new contours of life in some way, might be said to ‘get’ something of the shift, liberals see only an expansion of their realm and legitimacy. Liberalism and neoliberalism, and thus unthinking economic and cultural globalisation, see only a larger, albeit more diverse, pond over which liberal governance can expand. They are not interested deeply in how or why the world has changed because for them the same principles of enlightened individuality will apply. Ironically perhaps—not unlike the Christian Right they see as opponents—the battle liberals seem to be fighting now has reached the acme of a confrontation between good and evil. Liberalism versus ‘fascism’: the only approaches to questions of the new.

In this issue we have a special focus on the events of 6 January and the United States that might emerge in a post-Trump era, and thus directly take up these questions. In each of these pieces the authors see the liberal response as lacking: lacking politically, and lacking culturally. In Bruce and Roland Kapferer’s article, the ‘Trump mediation’ is the crucial point. Whether or not Trump and his movement will have to be fought for their fascistic tendencies, the point is to understand the anguish of the disenfranchised and Trump’s role in a much larger context than the political in the playing out of the forces of capitalist transformation. Trump is carrier of a cultural paroxysm and representative of the ‘creative destruction’ that sits at the heart of capitalism’s capacity for regeneration. Trump has perhaps drawn the former to the surface, but in both he is a creature of a transmutation of the capitalist form under conditions of the rise of science and technology, and in which capitalist interests will now be represented in the form of a ‘corporate state’. John Hinkson’s concern is both with the incapacity of the commentariat to ask about the consequences of these forces for the social whole, and with the key lineaments of a new form of social relationship shaped by the intellectual practices and mode of being that inform a society driven by science and technology. Simon Cooper takes up the highly contentious question of American cancel culture as manifestation of the other side of the cultural paroxysm drawn to a head by Trump, and in response to the new techno-mediated possibilities and insecurities around identity. The too-ready embrace of liberals of what are emergences of the new point to a basic misrecognition of what is taking place and who their constituency might be.

In Biden’s new world what old-school liberals and the many millions of voters who identify in this way will have missed is that liberal democracy has mutated along multiple dimensions—cultural, social and political, in realms intimate and institutional, and that the battles presently being fought are misconstrued if this changed ground is not part of their reckoning. This basic misrecognition of the circumstances in which we live can only contribute to the drawing out of still, and increasingly, volatile relations politically and culturally.

‘Except by Chance’: The Christchurch Inquiry

…we might consider how, with unerring though likely unwitting proficiency, the report essentially acts as an endorsement of Countering Violent Extremism…