Downsizing the competition: What higher-education managers might learn from the AFLW 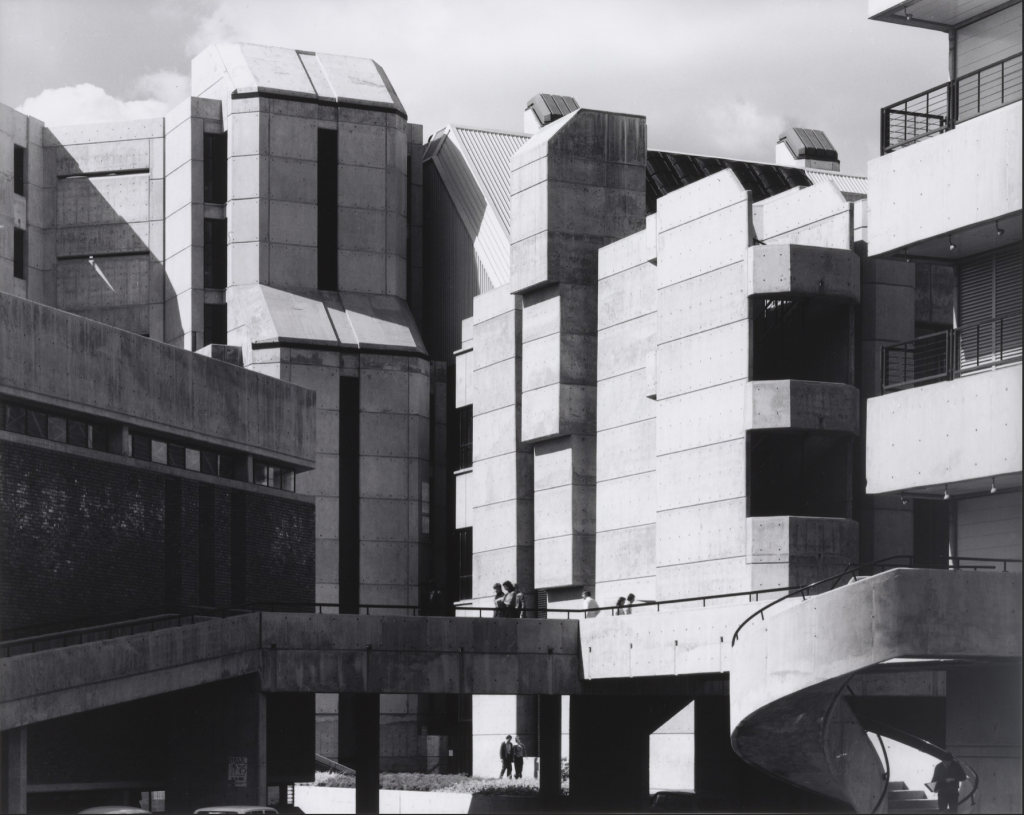 In an interview in May on the ABC’s Saturday Extra, Monash University Vice Chancellor Margaret Gardner used the global rankings of Australian universities to argue the case for the sector:

We have more top one hundred universities—that is, universities who are seen as the top quality in the world—than Germany, than France, than Canada, than China… Only the UK has just slightly more than us and they are a much bigger country with more universities. And the United States, of course, which is bigger again.

The gambit might be recognised as very Australian. Australians are great at competition. It is not that they are naturally endowed with extraordinary capacities. It is rather that they excel at mastering the form of competition—analysing what needs to be done to succeed and developing strategies accordingly.

The most obvious example is sport, where Australia consistently competes at a level well above the average for countries of comparable size, even accounting for relative wealth. To take the current standings, it is number one internationally in rugby league and men’s field hockey, number two in men’s and women’s cricket, and in the top three in women’s basketball. It boasts three of the world’s top twenty-five golfers.

But university rankings are another arena of national achievement. As Business Insider reported recently, Australian universities have again ‘batted above their average’ this year, with five institutions (ANU, Sydney, Melbourne, UNSW and Queensland) in the global top fifty. Standings across the top one hundred world universities put Australia in a similar league to its performance in sport.

These outcomes are no accident. They are the result of deliberate strategies and institutional innovations. In sport, many successes are owed, for example, to the Australian Institute of Sport, established by the Commonwealth in the wake of the humiliating medal tally at the Montreal Olympics in 1972. In the university rankings, they can be attributed to a formidable array of audit processes, funding schemes and institutional incentives put in place by university managers since the early 2000s.

There is much to be gained from comparisons between different fields of competition. As sociologist Norbert Elias pointed out, they often have common origins. In Quest for Excitement—co-written with Eric Dunning—Elias drew attention, for example, to basic homologies between modern sport and parliamentary democracy. Both fields emerged in England in the seventeenth century. Both give a certain licence to bellicose passions, while also curbing them just at the point where they threaten to become destructive.

One can exert oneself vigorously against a competitor on the sporting field; one can abuse a political opponent across the chamber. But one cannot kill them. As Elias makes clear, the idea of competition assumes a rule-based order—in sport, the ‘code’—and requires some assurance that participants start out on an equal footing. If a team of adults flattens kids on a rugby pitch, as in a classic Monty Python skit, it is not a competition but simply a show of force.

To understand the present, however, we need also to consider transformations in forms of competition that have occurred since the 1980s. The period has seen a generalisation of the idea of competition to many new fields. Universities have come to see each other as ‘competitors’ in a sense that they never previously did. But more important has been a rationalisation of competition that has shifted it from what might once have been seen as an art to a science.

The tendency is one that could be seen as always latent in competition as a social form. As political theorist William Davies points out, there is a contradiction at the heart of the idea of competition. While the rules of competition are designed to ensure that outcomes are not determined in advance, the competitors themselves are expected to do everything in their power precisely to determine an outcome—the outcome, that is, in which they win.

As Davies argues, the past forty years have seen an intensification of this contradiction. Enormous resources have been invested by, or on behalf of, competitors to tilt the odds in their favour. The major arena here, of course, has been business, where a relentless pursuit of ‘competitive advantage’ threatens constantly to destroy the very principle of competition itself.

But it can also be seen in sport and universities, both of which have seen a massive growth of competitive performance development—of specialist coaches, analysts, high-performance sports scientists, psychologists, strength and conditioning trainers; of marketing departments, student recruitment agents, research grant development teams, business systems developers and human resource business partners. The growth of these fields has been associated in both cases with a ballooning management stratum.

Where does this leave us in hard times?

One answer is that suggested by a meme widely shared by higher-education workers on social media. It shows a road digger, labelled ‘Faculty’, repairing a drain. Watching on is a bevy of managers: ‘Director, Human Resources’, ‘VP, Research Innovation and Economic Development’, ‘Director, Innovation Management’ etc. ‘Due to cutbacks’, reads the caption, ‘we will need to reduce the number of Faculty’.

The reality, however, is that much of the fat within competitive organisations over the next few years will be found in support and management roles. This is already clear in the case of sport. The Australian Football League (AFL), for example, has directed clubs to halve their football departments, with millions being shaved from the salary cap and deep cuts in areas such as recruitment and development coaching. It is safe to say that the only jobs that cannot be cut are those of the players.

The downsizing of what might be termed ‘competitive auxiliaries’ may often involve personal tragedy. Those who resent the growth of these auxiliaries in recent years should remember that those who fill these roles are people too. For the principle of competition, however, a correction may, paradoxically, have an upside.

One of the revelations in Australian Rules football over the last few years has been the launch of the women’s competition, the AFLW. With a fraction of the amount spent on the men’s game, it has gained a following far beyond initial expectations.

Part of this interest can be attributed to a correction to the masculinism of mainstream sport. But part too has been because the AFLW has shown us a version of footy that reminds us of what it once was. The competitive format is less tilted to a grim-faced science of ‘winning’ and more to the other potential that competition has had since the Greeks—as a way of calling forth and celebrating human achievement.

Might the loss of this potential explain an alienation from many of our mainstream institutions? Might it explain why even the staff of our most successful universities do not feel more thrilled when it is announced that their institution has again climbed the rankings? And if insiders feel this way, how can we expect the competition to excite the wider public? The AFL may have learnt a thing or two from the AFLW in responding to the COVID crisis. Reducing the machinery of competition may not always be a loss for competition. Is it possible that university managers might learn this lesson too?

is a writer and researcher on cultural economies and Associate Dean Media at RMIT. He is currently completing a co-authored book on crossovers between ‘fringe’ and ‘mainstream’ cultural production in Australia.

Thanks. AFL analogies mean little to me personally even after 20 yrs in VIC, but it struck me that while competition occurs between Australian universities, most notably for students and for grants and influence, a more cooperative approach is partially present. I wonder at what scale? Within research fields, it already happens. In the social sciences, there are any number of shared initiatives and professional societies and networks with very progressive support, particularly to younger scholars, those under-represented in the academy, etc. Within HE institutions in a state, we see rather less cooperation perhaps- just look at Victoria. Competition is forced on us by financial exigencies. Within the various groupings of universities, like U21 [which is not just Australian], the Pacific Rim university network, or the Go8, there are shared commitments and actions [at least on paper]. Or, might you mean developing more cooperation nationally when targeting overseas students and research possibilities to the country as a whole? The latter is not being done successfully by the federal government at present, especially with the drawing back of federally funded scholarship programs [former AUSAID for example].

Yes, you’re right of course Simon. There’s a lot of cooperation as well as competition. My observation would be that many academics (perhaps even most) are not particularly motivated by competition. They are interested in their subjects and just want to do good work. If others share their interests, they want to collaborate. They only compete because they are told they have to. The point is that unis have become very clearly structured around competitive logics at an overall organisational level. Is it forced on us by financial exigencies? Not sure that is so. Huge resources are put into competition — marketing, research grant development schemes etc. You could turn it around and say that organisation around competition is an expensive way to go. You would only do it if you have money to burn – as we have had with the international student income …

thanks Mark, I like the AFLW analogy and as a retired academic share the lament about the downside of competition between universities in what is regarded by them as a zero sum game: it was not that long ago it was not so. For institutions populated by very smart people one wonders why universities went down the neo-liberal pathway of competitive grants and student seeking and even outsourcing of student recruitment to expert head hunters overseas. The problem escalated when the shrinking university faculty, those digging the road in your illustration, allowed the ‘professionalisation’ of a bloated administration starting with organisers of university labour being appointed by senior management rather than by faculty, bribed with attractive recruitment packages and beholden to those above, not below to what were in many cases their former colleagues. What truly amazes me is the extent that academics have been willing to self-exploit, not so much in the often enjoyable after hours labour of writing up research but in that thankless after hours labour of competitive grants seeking (have you ever heard of anyone who enjoys this even if successful?) with an extraordinary low probability of success. Is the system beyond redemption or can some collaborative resistance see change? Are academics smart enough to organise for collective resistance before those globally renowned and very young institutions wither on the vine as the current crop of university-educated political masters look on smugly?