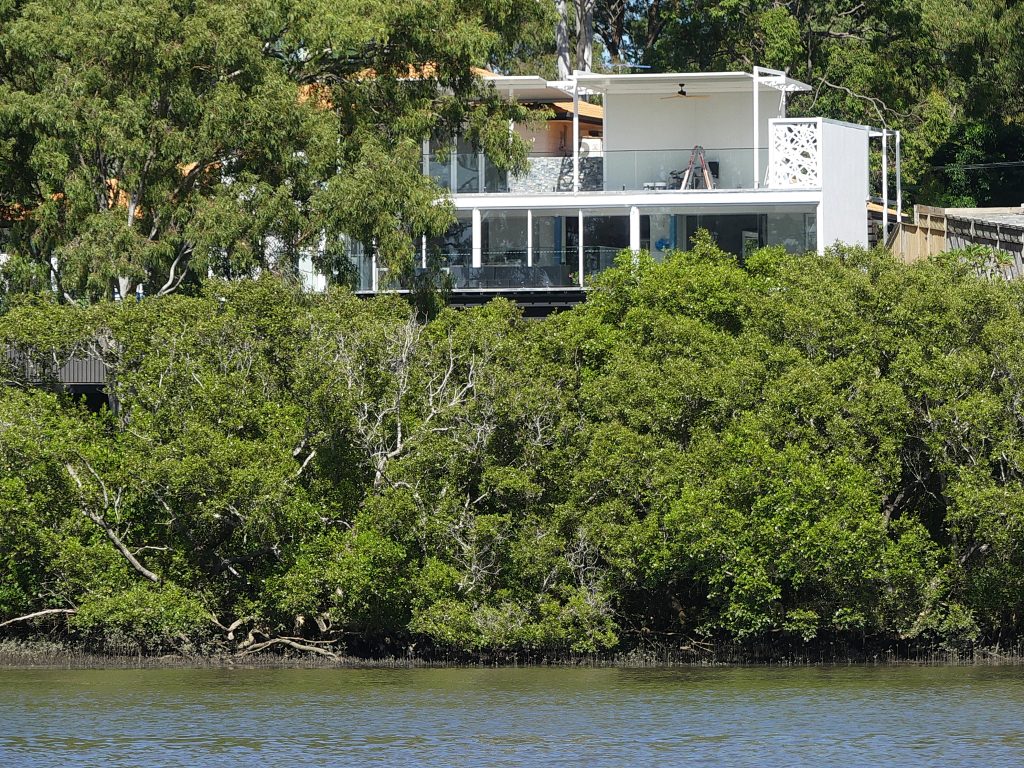 Back in 1981 I was sitting in a Hyundai logging camp in the Solomons Islands sucking mosquitoes off my legs. As they lowered their  proboscises, I sucked them into a hose then blew them into a jar containing chloroform. Twelve hours later, I had over ninety corpses.

Researching the role of logging on the proliferation of malaria, we took blood samples from workers and villagers, tracking the invasion of the legendary illness from the coast well into the hinterland, following the loggers and the ecological chaos they created. We found that deforestation accelerated the spread of malaria by changing the environment: provided the anopheles mosquito with the resort-like conditions of increased sunlight and water in the channels made y heavy machinery. Blood from infected workers allowed mosquitoes to recharge parasite loads and transmit them to villagers.

It was a perfect storm, one being replicated in Australia today as climate change and land-clearing combine with opportunism, such as in north and south Queensland where climate conditions and development near high-risk habitats are increasingly putting people in the way of vector-borne diseases.

Living by the sea is a global dream among wealthy Westerners. Some people  make their living from the sea; others simply wish to be there for the aesthetic appeal or the investment potential of coastal real estate. But this comes at a cost. The Sydney Morning Herald recently reported ‘new modelling’ that shows ‘more than a million properties, mainly in SE Queensland and Northern NSW are at risk of flooding across 30 local government areas around Australia’. That  even before storm surges and sea-level rises add pressure to coastal lands. It seems home purchasers live in the here and now and are blind to the future.

While malaria has been eradicated in Australia, there is troubling evidence that other vector-borne diseases such as Japanese encephalitis are proliferating, and will become significantly more common as climate change progresses, particularly in coastal zones where marshes provide ideal breeding grounds for mosquitoes.

Diseases once confined to the tropics, like dengue fever, will find the warming conditions conducive to southerly migration. Currently dengue is confined to sites 200kms north of Brisbane. But in disease and climate terms, that distance is easily and quickly reduced. As international travel becomes normal again, passengers who might be carrying the disease, ‘re-arm’ the vector.

Piggeries are the major source of infection but ‘Japanese Encephalitis can be carried by mosquitoes from water birds as well to humans or horses’, Australia’s Chief Veterinary Officer Mark Schipp told the ABC.

Research by the Queensland Institute of Medical Research (QIMR) suggested that the disease could be amplified by endangered shore birds living in close contact with mosquito infected areas such as marshlands.

This has implications for people living along the Queensland coast, and particularly around Moreton and Redland Bay adjacent to the RAMSAR World Heritage area, which is characterised by dense marshlands and the increasingly rare migratory birds that come to nest and feed after their remarkable non-stop flights from the northern hemisphere.

To reduce the risk of  increasing vector-borne disease and recruitment of carriers such as koalas, state and federal governments need to agree to limit ecological destruction and stop residential development adjacent to high-risk zones such as marshlands. But in reality, questionable development is just roaring ahead. The current Environment Protection and Biodiversity Conservation Act goes nowhere to meeting this need.

One example is Walker Corporation’s plans to build 3600 apartments and a commercial centre in Toondah. Another is Lend Lease’s two large developments adjacent to salt marshes and mangroves in Redlands. These are places where disease numbers are set to climb, pushed by habitat loss, vector dispersal, an increase in human blood sources, and growing climate chaos.

Mosquitoes commonly found across the Moreton Bay region include  the salt marsh mosquito Aedes vigilax, which can fly up to 40 kms, enabling it to breed on off-shore marshy islands and travel to the mainland. Studies have shown that chemical control of mosquito larvae is only effective in small areas but not along coastlines, as reproductive replacement is so rapid.

In 2016 I interviewed the head vet at Australia Zoo. Dr Rosemary Booth sighed: ‘The problem is that people and koalas like the same habitat: coastal forests’.  Since then a lot of those coastal forests have been cleared, and koala numbers have plummeted. Now we are told by by QIMR scientists  that 80 per cent of koalas in the remnant trees in such areas  tested positive for the Ross River virus due to their confinement to the edges of permanent wetlands, where the Culex annulirostris mosquito thrives.  The study concluded that ‘that humans moving into these areas are also likely to be exposed to Ross River virus’. In addition, Redlands is dotted with agricultural and natural ponds also dense with mosquitoes.

As Debbie Pointing of the Koala Action Group indicated,  mosquito-borne diseases like the Ross River virus could potentially be a threat to koalas too, along with other problems associated with clearing and development: the stress-related disease-chlamydia, dog attacks, and vehicle strikes.

The QIMR team leader, an expert in land use and its impacts on human/mosquito interactions, researched mosquito populations on Pannikan Island, 2.6 kms offshore from the planned Lend Lease Shoreline development in Redlands. His research team included a Redlands pest management expert. What they found in essence was that none of the existing control strategies would reduce the risk associated with housing development close to mosquito habitat. The numbers were simply overwhelming and distribution too great.

Town planner Lynne Roberts reported, ‘One of the reasons our botany group stopped going to Serpentine Creek, really close to Shoreline, was because of the mossies. They’d carry you away, even in the cooler months!’

In Queensland the cost of mosquito control exceeds $20 million a year, a cost borne by all Queenslanders, not only those who choose to live in risky areas, much less the real-estate developers who profit from the risk.

The sheer number of mosquitoes outweighs any attempts at control. Buffer zones are different for each species and no firm guidelines on distance, area positioning or habitat type exist. Work at Griffith University underlines the need for transparent consultation before any coastal clearing and residential development.  As climate change bites (forgive the pun) disease risk is set to increase in both type and frequency.

Researchers contributing to a recent webinar posited that to substantially halt the progress of disease, and sea-rise,, a substantial (20 km) coastal no-development area should be declared, particularly in Queensland.  Will the Olympic planning committee consider this? The ‘Vector Games’ doesn’t sound too good.

The Heat is Still On: Climate and life at 3 degrees

Climate change is a health risk. What can the response to COVID-19 teach us about climate policy making?

Melody has been an environmental journalist working in Asia for 20 years. She had post grads in Tropical Public and Environmental Health. COVID captured in Australia, she has been busy writing eco-fiction for young adults.

Those of us who contracted the debilitating RossRiver Fever ,acquired in Redland Bay , know how bad the mosquitoes and midges are . Shoreline is selling I’m an area where you can’t eat outside of an evening unless you smother yourself in repellent with DEET and that’s 12 months a year