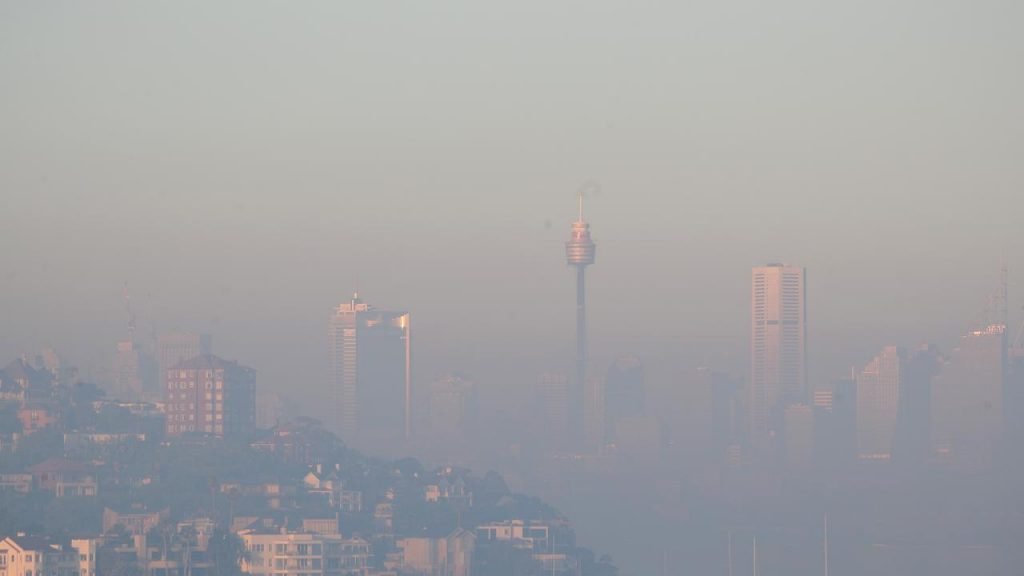 We all know that fires can inflict horrific injuries and death on those trapped in their paths. Firefighters globally risk their lives and wellbeing to counter urban and rural blazes. But a new and possibly even more disturbing picture is emerging of the subtle and long-term neurological effects that exposure to smoke and other minute particles can cause, even among wildlife. The risk will increase as climate chaos takes hold.

During Black Summer, the 2019–20 bushfire season in eastern Australia, around 19 million hectares of vegetation were razed and 34 people lost their lives. As dismayed residents toured the smouldering ruins of their property, looking with shock and disbelief at dead stock and the blackened residues of their homes, they would not have known that the smoke haze still rising around them could well have been eroding their own brain function—a terrifying thought.

Until recently, the long-term health consequences of fires have focused on acute injuries and effects on respiratory health. But new research conducted by teams around the world, including one in Australia, indicates more disturbing trends.

Professor Anthony White of the Queensland Institute of Medical Research Berghofer Institute is particularly interested in the effects of what are known as PM2.5 particulates in both triggering and worsening dementia. PM2.5 refers to atmospheric particulate matter that has a diameter of less than 2.5 micrometres—i.e. millionths of a metre, about 3 per cent of the diameter of a human hair. White leads a group researching cellular processes in neurodegenerative diseases, with a focus on estimating risk to human cells and measuring the smoke levels at which damage occurs. ‘We have evidence that PM2.5 particulates are implicated in neurological deterioration. What we need to do is make that evidence more conclusive though controlled studies in the laboratory, using graded smoke emissions and their effects on cellular tissue cultures’, he told me.

In Australia, Brazil, Canada, the United States, Canada, and recently Europe, out-of-control fires have been increasing in frequency, scale and severity as climate chaos mounts. Professor White acknowledges that the parallel phenomena of increased rainfall feeding vegetative growth, followed by drought and fires, are feeding a consequent rise in cognitive risk. But while the physical effects of fires (burns and respiratory distress) are recognised and gain funding, the cognitive impacts are not getting the same attention.

The trauma of Black Summer was soon submerged, or added to, by the risks and behaviour changes demanded by incoming waves of COVID strains. Then came devastating floods. While people watched the swirling brown waters edge up their newly painted walls, some with terrified dogs tucked under their arms, fires were the last thing on their minds.

And yet, like Long COVID, it appears as though we are threatened with something akin to ‘Long Bushfire’ as evidence of the neurological effects of smoke inhalation accumulates. The two phenomena even have nasal swabs in common.

John Hewson’s story in The Saturday Paper (2–8 July 2022) underlined the need for an Australian Centre for Disease Control to enable the nation’s leaders ‘to be informed of the science and an understanding of the issues faced’. Quoting OzSAGE, he wrote, ‘the current processes and structures do not provide the (best basis) to understand … emergent public health threats and for ongoing threats to health’. Findings on the consequences of bushfire smoke on not only firefighters and emergency service personnel, but anyone exposed to smouldering fires and heavy pollutants, outlined below give additional weight and urgency to Hewson’s claim.

Preliminary studies indicate that PM2.5 particulate matter can breach the ‘blood-brain barrier’ via the olfactory nerve. The shortest nerve in the human head is also the nerve that conducts sensory impulses about odours to the brain. It’s the nerve you can blame for your curled lip as you search for something decidedly rotten in the fridge.

‘When dense smoke is generated, the excessive PM2.5 inhaled can cause brain inflammation and possibly oxidative stress’, Professor White told me. ‘Nerve cells in the nose may also reflect what is happening deeper in the brain and may be useful to indicate early brain changes’. So those intrusive nasal swabs we put up with to detect COVID may in the future be used to assess the outcomes of airborne pollutants like smoke and industrial fumes.

Climate scientists and neuroscientists are concerned, for slightly different reasons, that the risk of fires is increasing in scale, frequency and spread.

White’s lab utilises 2D and 3D human brain cell models to understand brain disease pathways, and the short- and long-term impacts of environmental factors such as air pollution and bushfire smoke on brain health. The smoke causes amyloid plaque and tau tangles to accumulate in the brain—substances associated with forms of dementia, including Alzheimer’s disease.

We have the modelling systems in place to investigate how smoke pollution effects the brain and a team of international researchers who share the interest, but unfortunately with La Niña in place, the focus had shifted from fire risk to floods.

The wet conditions of course encourage the proliferation of flammable brush, making it possible that we will have bigger fires in the future. It’s a bit dispiriting … And when we have fires increasingly the smoke from those forest fires is blanketing cities. You can’t escape it.

Coincidentally, while I am talking to White, a plume of white smoke rises from a scrub fire behind Mt Cootha. Fortunately, it’s a long way away. I can breathe easy.

We had hoped to have some definitive data before the onset of the next El Niño, which will, no doubt, trigger more widespread fires hitting all that renewed growth, as not enough has been done to assess what constitutes an unreasonable risk. Current exposure standards are geared to respiratory function, but not how it effects the nervous system, much less brain function.

The data shows that short-term exposure to smoke—and that means as little as three hours—can reduce a person’s attention span. That may explain bar-room behaviour.

We don’t really know how pollution causes amyloid and tau—both proteins—accumulation, but suspect it’s due to driving chronic inflammation of brain immune cells—microglia, a cell type we are doing a lot of work on—or oxidative stress from the particles or metals associated with the pollution.

Earlier I was looking at the microscopic role of metals in brain diseases. That led me to wondering if the heavy metals and other toxic materials associated with air pollution can inflict the sort of damage we suspect leads to chronic protein accumulation. So, I teamed up with researchers in the US who share this interest.

So how serious an issue is it?

It seems that the more we look, the more we see that the list of those on receiving end is much longer and wider than first appreciated. The factor in common is particle size—2.5 microns. Most recently, immature macaque monkeys conceived and carried during Californian fires showed similar effects, and the humble rat is also susceptible. Scientists are coming to understand this is global issue and can involve all or many species.

Professor White agreed that aerosols from jet fuel and other pollution from aeroplanes could also have the same effect. As dozens land and take off over my house, I suspect I should hold my breath.

Air pollution levels in many Chinese cities have long been exceedingly high, leading to a national health crisis and dampened moods. Yet officials have not been idle. In 2013 they set about enacting far-reaching policies to reduce emissions of fine particulate matter, or PM 2.5.

Concentrations of PM 2.5 in eastern China, the country’s industrial heartland, have since fallen by nearly 40 per cent. Time to celebrate? Yes and no. Ground-level ozone pollution is likely to reach unhealthy levels on hot sunny days in towns and cities. Worse, wind can blow ozone away from cities, contaminating rural areas as well. And even as levels of fine particulate matter have declined in China, ozone levels have risen in their place. ‘There was so much particulate matter in Chinese cities that it stunted the ozone production’, explains Daniel Jacob, a professor of atmospheric chemistry and environmental engineering who is an author of a study on ozone pollution in Chinese cities.

‘Peat fires generate a lot more smoke and therefore particulates over prolonged periods, and that indoor fires for heating and cooking also carry a major risk’, White says. That is of great importance to the two thirds of the world where cooking is normally done inside by men, women and children who may also be suffering additional background illnesses such as anaemia.

‘In general, smouldering fires have been thought to generate a higher chance of pathology, but in reality, there has been little opportunity to look at differential effects of pollutants’, White adds. ‘There is growing evidence that smoke and air pollution can degrade neurological function, even in children’. He is referring to an alarming study recently done in Mexico City by Professor Lillian Calderón-Garcidueñas, in which symptoms of Alzheimer’s disease were found in the brains of children, even those aged less than 12 months. She found some 66 per cent of urbanites around 30 years of age suffered ‘significant problems’ in thinking and remembering. Frighteningly, subtle signs of brain damage were found in every person studied.

Using a standardised protocol for reviewing many facets of brain function knows as MoCA, Professor Calderón-Garcidueñas’s team concluded the average age for the onset of dementia was between 20 and 30 years. As a warning to town planners, they found a combination of high levels of vehicle emissions and increased urban population density is producing signs of widespread and adverse neurological damage.

In matters cerebral, we can quote Donald Rumsfeld: there remain ‘many unknown unknowns.’ Funding for additional research could lead to better understanding of the levels at which smoke inhalation becomes damaging, and thus to preventive strategies such as better protective equipment, fire management based on techniques used by the world’s Indigenous peoples, more sensitive monitoring for varying levels and types of air pollution, and, of course, urgent action on climate chaos and institution of better town and rural planning and community education.

So, for instance, are bushfires more toxic than diesel exhaust, and, in line with current geopolitical shenanigans, do particulates from war have the same effects and for how long? Watching the ABC News, I wondered how long it would take for scientists to apply the same theories on PM 2.5 to dust from all of those collapsing apartment blocks and explosions in Ukraine and globally.

As the symptoms of climate chaos begin to accumulate, some become evident in the form of increasing human pathology. Consequently, as fires and particulate pollution become more of a global issue, dementia, automatically linked to elders, may be scrabbling down the age ladder to become a mark of exposure and risk, rather than of ageing. Clearly, there is a growing need to support neurological research and, of course, take action on climate change, with attendant disincentives for polluting companies.

These studies prove that is it vital to plan risk reduction and economic rebalancing strategies in the face of a rapidly heating planet. Or are we already brain dead?

Melody has been an environmental journalist working in Asia for 20 years. She had post grads in Tropical Public and Environmental Health. COVID captured in Australia, she has been busy writing eco-fiction for young adults.