Safe Space for Spying: What remains unsaid by the Signals Directorate 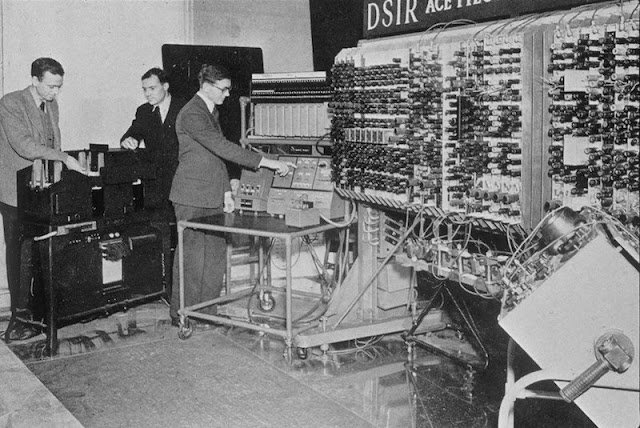 Last week, the director-general of the Australian Signals Directorate gave a speech at ANU’s National Security College, which is one of many ‘safe spaces’ in Australia’s universities for national-security chin-strokers.

She began by referring to Germany’s use of the Enigma cipher machine to encrypt its message traffic during the Second World War, crediting ‘captured code material and the code-breaking expertise of the British’ with decrypting these messages. The reality is that an anti-Nazi German named Hans-Thilo Schmidt and a French intelligence officer named Gustave Bertrand obtained some sheets of the Enigma instruction manual and offered them to the British, who were uninterested because they believed the cipher was insoluble. Three brilliant Polish mathematicians, Marian Rejewski, Jerzy Różycki and Henryk Zygalski, then constructed a theory of the machine and began reading much of the traffic by the late 1930s. Only then did British cryptographers realise the military advantages of working on Enigma. The most prominent of them, Alan Turing, was later subjected to grotesque medical procedures to ‘cure’ him of his homosexuality that eventually resulted in his suicide. You don’t need to mention all this in the NSC’s safe space, however.

The director-general emphasised repeatedly that ASD’s methods must be kept secret because if a target knew how ASD worked, it would be able to take countermeasures and prevent further penetration. This is entirely appropriate. If you accept the need for an intelligence agency such as ASD, then its operational secrecy has to be guaranteed. But much of ASD’s previous work remains unnecessarily classified. The Enigma machine was based on cryptographic rotors that implemented polyalphabetic substitution. For more than thirty years after the Second World War, countries such as Indonesia were sold reconditioned rotor encryption devices, which were then exploited by the US-led intelligence alliance to which Australia belongs. We were reading Indonesia’s communications during its invasion of East Timor and its murder of five journalists working for Australian TV stations in Balibo in 1975. ASD refuses to declassify its records of this event, using the ‘countermeasures’ argument. But rotor encryption technology was superseded by the watershed intelligence event of 1977, namely an August 1977 Scientific American article by Martin Gardner (‘A New Method of Enciphering That Would Take Millions of Years to Break’). This told the world about the RSA encryption process, which had been discovered years before by Australian-born cryptographer James Ellis at Britain’s Government Communications Headquarters. Therefore, after August 1977 the rotor encryption machines became essentially obsolete thanks to modern electronics and the RSA algorithm (named after Ron Rivest, Adi Shamir and Len Adleman). Today, private individuals have access to publicly available cryptographic technology (for example, PGP) that exceeds the capabilities of the rotor encryption machines employed by national governments from the 1940s to the 1970s. The National Security Agency, which is the United States’ counterpart to ASD, has released information and documents relating to signals intelligence activities in the Korean War, the Cuban Missile Crisis and the Vietnam War, specifically the Gulf of Tonkin Incident. It did not bother to consult with Australia before deciding to release these materials. ASD could release its own intelligence safely if it wanted to.

The Director-General’s most newsworthy observation was that ‘not all Australians are the good guys. Some Australians are agents of a foreign power. Some Australians are terrorists. Some Australians take up weapons and point them at us and our military. Some Australians are spies who are cultivated by foreign powers and are not on our side’. Its newsworthiness has little to do with its importance; these are truisms and utterly unobjectionable. Indeed, a successful terror attack on Australian soil would be a gift to reactionary forces here. ASD—like the Australian Security Intelligence Organisation—is performing a public service in preventing such attacks. But it has to be said that our approach to terrorism involves giving greater powers to the intelligence and security agencies, not altering the policies that make terrorist threats likely in the first place. When Australian troops entered Afghanistan in October 2001, Islamic terrorists were based in Kabul, Kandahar, Jalalabad and a few pockets of rural Afghanistan. The invasion of Iraq and then the destruction of Libya resulted in a massive expansion of terrorist activity. The continuing mayhem caused by drone warfare in the Middle East and North Africa—supported through the intelligence facilities at Pine Gap—has expanded the threat of Islamist terror from a small corner of Afghanistan to a much wider area of the globe. The security of the Australian public appears to be a lower-order priority than participating in US-led operations.

In government, neither side of politics has ordered an inquiry into the Iraq War, and the most obvious question is not asked in the NSC’s safe spaces: do Australia’s expeditionary military campaigns raise or lower the threat to domestic security? If you fear the answer, better not ask the question. Just two days before a right-wing Australian terrorist murdered fifty people in Christchurch, New Zealand, the secretary of Australia’s Home Affairs department failed to mention home-grown right-wing extremists in his list of seven ‘gathering storms’ most likely to threaten national security. After the attacks, he said that white supremacists were ‘on our radar’ and would face greater scrutiny and pressure. Little has come of this bluster. The Parliamentary Joint Committee on Intelligence and Security is explicitly prohibited from reviewing the operations of Australian intelligence agencies. It cannot review the privacy rules made by ministers regarding intelligence on Australian persons. Nor can it examine the intelligence-gathering priorities, operations, assessments or reports produced by Australian intelligence agencies. This is in sharp contrast to the United States, where congressional committees may examine all intelligence-related activities, including highly sensitive operational matters..

Furthermore, despite the rhetorical focus on terrorists, intelligence agencies give a very high priority to economic matters. Revelations by WikiLeaks in 2015 confirmed that the largest part of the US president’s signals intelligence brief in recent years does not deal with terrorism or even defence; it focuses on international negotiations, trade, agriculture (e.g., Japanese cherries imported by the United States) and economics. Australia participates in this US-led intelligence alliance, which targeted Japan’s cabinet office, finance ministry and trade ministry, the governor and vice governors of the Bank of Japan, the Mitsubishi Natural Gas Division, the Mitsui & Co. Petroleum Division, and other key targets with an interest in Japanese resource activity and development. You can’t acknowledge this in the NSC’s safe spaces either. We know that Australia’s espionage operation against East Timor in September 2004 occurred while Islamist terrorists were bombing the Australian embassy in Jakarta—another example of economic objectives overruling public-safety ones. Two Australians—Bernard Collaery and a former spy known as Witness K—are facing trial over the alleged disclosure of this scandal.

We are living in the golden age of signals intelligence, thanks to the global telecommunications revolution, and ASD provides the lion’s share of intelligence information used to brief decision-makers. But, as George Orwell wrote in an introduction to Animal Farm that was not published until 1972, certain things go unmentioned because of…

a general tacit agreement that ‘it wouldn’t do’ to mention that particular fact… At any given moment there is an orthodoxy, a body of ideas which it is assumed that all right-thinking people will accept without question. It is not exactly forbidden to say this, that or the other but it is ‘not done’ to say it… Anyone who challenges the prevailing orthodoxy finds himself silenced with surprising effectiveness.