Quarterly Editorial #10: The Election and the Glue that Binds 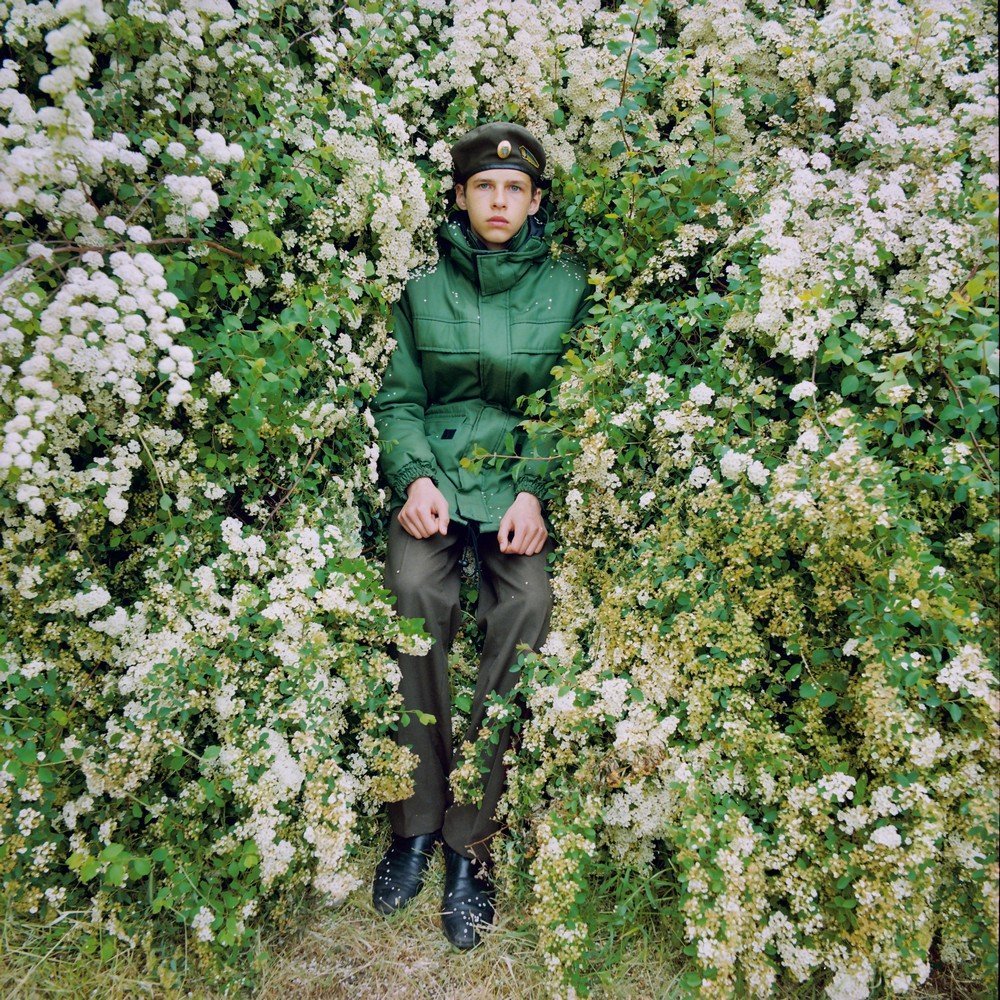 Praise be that Morrison has gone, and that the Liberals have chosen Peter Dutton as their leader. Surely the hard man, the border guard, our ‘protector’ and patriot presented as alternative prime minister will mean the Liberal Party will wander in the wilderness for a long time to come. How can they imagine, as a number of commentators have said, that this choice was in any way an answer to the message sent by women voters and by the success of Greens, Teals and other independents in the May election, not to mention Labor’s win, under nice-guy Anthony Albanese, with his ministry and government now largely representative of the diverse elements of the ‘real’ Australia? To someone old enough to remember the Whitlam win first hand, Labor’s latest victory was enough to bring a tear to one’s eye, and even more so as Albanese’s first declaration was of full implementation of the Uluru Statement from the Heart.

But this sense of a certain social-democratic spirit—see Frank Bongiorno in this issue—and of finally, again, catching up with what ‘modern’ Australia really is (what a great relief Whitlam was on this count) is surely precarious, as is the emotional chime with both times lost and suppressed hope for something like justice for First Nations people. For one, the swing of pendulum voting can’t be discounted as the facts of layered crises hit home in coming years: climate and all that signifies in practical catastrophes for people and communities in vulnerable places; the fragility of aspects of economic globalisation in conditions of war and pandemic; the deeply unsettling quality of the pandemic for the life-world generally, with the likelihood of more pandemics to come; the enormous pressures on health systems, manifold when we also factor in an ageing population; and the drift to and influence of models of autocracy elsewhere. These are conditions that so typically suit power—figures of strength and certainty in whose mouths ‘borders’ and boundaries are comforting, if classic, metaphors for the impossible: the casting out of all fears and dangers.

Recognition of these numerous alarming factors was no doubt a crucial part of voter reasoning for many —Teal and Greens voters especially—but ironically, those same crises sending some looking for change may confound the party or groupings they have put their hope in. One question is, where will certain groupings swing to in the future if promises can’t be kept and calamities continue? I am thinking here of returning Labor voters, tradies and working-class women, because they too seem to have ‘hated’ Morrison but whose allegiances can’t be depended upon by Labor in the future. Might hard-line conservative forces receive a further fillip? Another related but more basic question is just how fundamental are these crises? And are the assumptions of parliamentary representative democracy—however we saw a heartening resurgence of something like it in the May election—fit for the purpose of overcoming them?

One might also note here the brittleness of hope and the inadequacy of sentiment, if those layered crises are a consequence of forces barely recognised as shaping our complex, troubled world, and if in any case they have been influential in shaping self, sentiment and political demand as the subjective carriers of those deeper social shifts. Will ‘recognition’ and ‘diversity’ as the mainstream liberal, and in the mouths of many, radical, framework for empathy and care be sufficient to carry us across the tides of very basic economic problems domestically or the power dynamics of foreign policy and international relations, or indeed the cultural ruptures between those who can participate in the contemporary economy and those who are shut out? On this last, see Guy Rundle’s article in this issue.

Even more appealing than recognition is the message of love that has been a strangely evident feature of much recent political campaigning, the wording of the ‘Statement from the Heart’ only one such example. Where diversity, recognition and identity politics have risen to the fore as key framings for questions of representation and access, and good-hearted people seek to find a way to respond well to ‘difference’, love is evoked as a binding force. It’s not Christians so much who have marshalled this force as LGBTI, Indigenous and other folk seeking recognition and pathways, usually into the mainstream. It’s a language intended to bring out the best in us: part flattery, part empathy-building exercise, in some more hidden way a vehicle to potential transcendent union.  In the case of same-sex marriage, ‘equality’ was a campaign standard, but love was the deeper message, if also a strategic rhetorical device. Love would surmount all—both in the narrative of gay partners overcoming stigma and restriction through their love for one another, and in the tutoring of a population in the appropriate twenty-first-century attitudes. It’s odd, but a largely unrecognised Christian universalism seems to have become a back stop to apparently liberal/radical agendas: if only we love, anything is possible. Love appears as an unquestioned reserve, an essentialised force that we can tap into no matter how varied we might be or how bad things might get. That so many of us respond to this at some level is proof of its power even in a generally secular Australian society, and despite the fact that, like Christian love, this secularised version may also function as a form of discipline, enabling new hierarchies and exclusions.

‘Love’ and ‘recognition’ carry complex feelings and send complicated messages. They are certainly not to be dismissed or diminished, and where recognition has been denied in the past, love is a card to play in genuine hope of touching others.  But whether these messages and feelings are simply what they say they are, or can do what people hope, is another question. Is love an adequate binding where the social fails or is in a state of disorganisation, weakness or decline, as it has increasingly been under conditions of globalised life, neoliberal individualism and technoscientific change? Here we might remember another Labor victor, Paul Keating, who gave us the enormously powerful Redfern speech, but who also delivered the neoliberal policies that destroyed labour, manufacturing and national self-sufficiency, and set in train elements of domestic and personal insecurity that typify globalised life. Thirty years on, we a similar scenario in which the language of love and recognition is often deployed to cover over practices and policies that achieve the opposite.

Love might seem the glue that binds us, but it is questionable as a practical social force, especially today when it is asked to hold together a form of sociality constituted in the unstable bonds of our techno-global worlds. The contrast would be with a life-world of relations of deep interconnection in community bound through activity, practice and grounded institutions, which would support and embed love. It is not surprising that in the present period, the love we are exhorted to has a mirror image in surveillance and trauma-talk, and the exercise of very strong discursive boundaries.

Indeed, the love we are typically asked to identify with today sits against that other very noticeable drive in contemporary life and presentations of the self: to close down ‘hurtful’ situations absolutely, to honour trauma as so fundamental as to reject all forms of public questioning about it as a cultural phenomenon, and to suveil or cast out those who challenge any such contradicting claims. Love seems to have a dark side, even if this drive to close down contention reflects a real vulnerability in the construction of self and identity today. Within a particular economy of feeling, Peter Dutton might stand in for the darkside, although the kind of surveillance society for which he is well known is met even among progressives in their calls for a disciplined empathy appropriate for the times and social banishment for recalcitrants. Light and dark, love and hate, good and evil: as we move away from the deep social bonds of embodied community, rather than the superficial connections between individuals facilitated by the mechanisms of globalisation, and as deep social and cultural questioning retreats, as it has in our universities, any more graded or dynamic interplay between absolutes has tended to go unrecognised.

Suddenly, we seem a long way from the election and whether the new political actors and their new combinations in our representative democracy will meet the challenges of the layered crises, and their causes, noted above. I have been describing a kind of cultural carapace, the hopes and discursive structures it contains and replicates, and suggesting that it is fragile before the eruption of the real into our worlds. And that has already happened in the most dramatic ways. Suddenly there is war, with global consequences; suddenly, there are food riots in ‘far-flung’ places; suddenly some national economies, from whence we have received refugees in the past, are in collapse; suddenly some people will start to lose their houses in Australia; suddenly, as it will be experientially every time, a hostile climate will deliver fire or flood or pandemic. It’s not that such events have not occurred before but that the perfect storm that is their combination, and that we have feared but never faced, has now arrived materially. (One might note here that the narrative of love for Ukraine actively prevents a fuller discussion around global power, new militarisation and nuclear technology—see our section on the Russia–Ukraine war in this issue.)

With the Liberals gone, and climate change, wages and cost of living high on Labor’s agenda, not to mention the pressure that Greens and others may bring to bear, we might have some chance of addressing aspects of these crises. Some climate consequences may be ameliorated (enough to continue business as usual); for some, the long-brewing financial emergency now emerging might be tempered (they might get to keep their houses if women can return to the workforce off the back of childcare subsidies).  But nothing in the Labor Party vision speaks to the meaning of the combined crises that reach across personal life, economy, culture and environment, not to mention international borders. Each is a silo for policy.

Importantly, public-political arguments about where we have come to have been inadequate. Nowhere have the mainstream political players dug deep enough to diagnose the nature of the society and culture that has sprung forth under conditions of high-tech globalisation. They have thus not even begun to imagine the need for alternative pathways that would challenge both mainstream left and right versions of business as usual. None have defended the teaching and learning of the humanities where such vital questions might be pursued. Social democratic intentions aside, and in contrast to the messages of love and hope that colour the broadly liberal-radical political culture that makes parliamentary democracy more ‘diverse’, something more fundamentally searching will be needed before we can collectively set out upon a path to a form of living that will secure life for all on a beloved Earth.

Note:  Special thanks to all the participants at Arena’s recent ‘Conjuncture Discussion’.