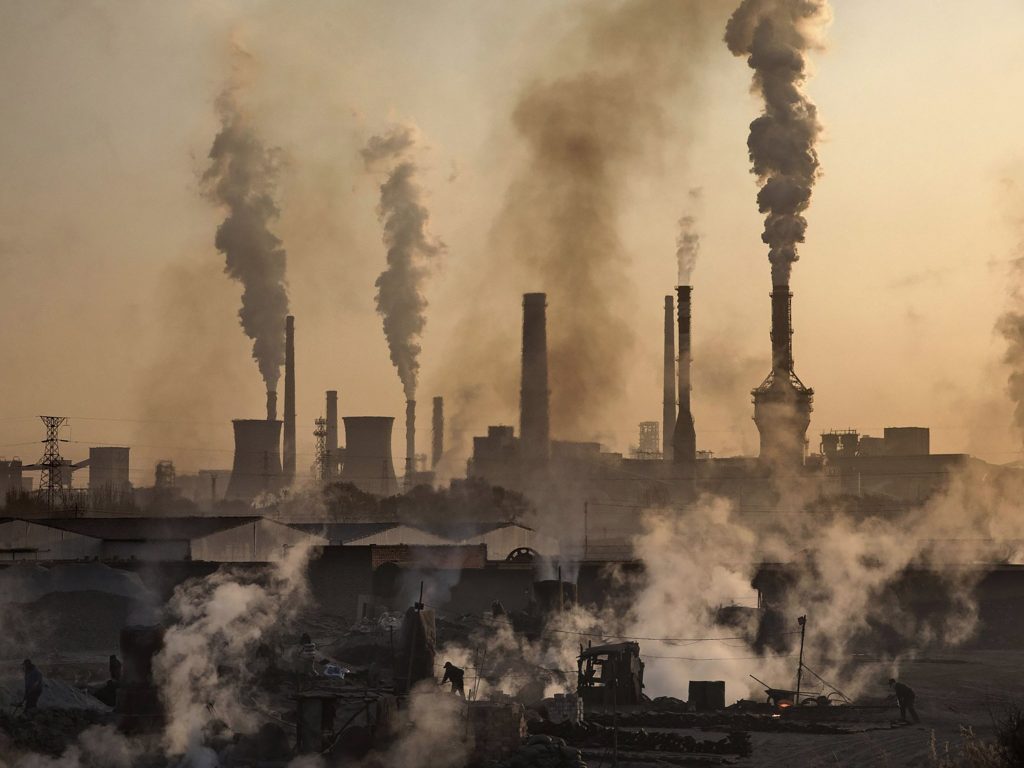 In order to limit global warming by 2050 to 1.5 degrees Celsius, IPCC scientists in their consensus report set out four scenarios; in the most ambitious, global use of fossil fuels must fall for coal by 97 per cent, for oil by 87 per cent, and for gas by 74 per cent. The climate crisis demands that emergency plans incorporate rapid reduction in fossil fuels. It is simply mind-boggling that over half the emissions since the Industrial Revolution have been released in the twenty-eight years to 2015.

The world is now awash with fossil gas, commonly known as natural gas. The volume of exports from Australia dwarfs the amount of gas used domestically. Yet our gas industry is premised on growth and continues to explore and open up new gas fields. The major energy corporations, industry associations and some scientists campaign for the use of fossil gas as a green solution until at least 2050. The Morrison government is relentlessly pushing the case, with cavalier disregard for the future of humanity and the planetary systems that we depend on, and is now offering more subsidies to the industry. State governments are reluctant to limit the industry’s expansion, except when under intense political pressure.

Fossil gas is predominantly composed of methane (CH4). Burning it creates carbon dioxide (CO2), resulting in significant emissions at least of half those associated with the burning of black coal. The impact of drilling for fossil gas is however magnified when methane leaks are accounted for. Methane is a very potent greenhouse gas with a global-warming potential eighty-four times higher than carbon dioxide over a twenty-year period. This methane escapes very easily into the atmosphere, especially where gas fields are tapped by many wells, as on the Darling Downs in Queensland. Research shows that methane leaks are far more significant than previously claimed by the industry.

Like coal and petroleum, fossil gas was formed deep underground in ancient times when plant and animal matter was subject to great forces of heat and pressure. The fossil gas is now spread out through porous rock, where it stores the energy once given by the sun. Lower-quality reserves of fossil gas are ‘dirtier’ in that they have significant quantities of carbon dioxide in the mix as well as methane. Bass Strait has been the main source of gas in south-eastern Australia; its main reserves are running out, but its lower-quality gas will be processed into the 2030s at a new plant at Longford in Gippsland, and the carbon dioxide will be released into the atmosphere.

The gas industry has a 2050 vision developed by or for five of the seven associations covering different aspects of the industry. According to this vision, gas is essential to keep energy costs low; gas is needed to balance peak demand and supply of electricity; and gas provides the only pathway to a renewable future.

These arguments are patently weak. Firstly, gas prices aren’t driven by supply; they went ballistic once the international market opened up and set the benchmark price. In 2018, analyst Bruce Robertson explained the role of corporations in the gas industry’s problems:

Australia’s high gas prices are the result of high oil prices and price fixing by a group of producers on the east coast of Australia—Shell, Origin, Santos, BHP and Exxon—which we have no hesitation in calling a cartel. These producers sold out Australia’s domestic supply in 2012 when they locked in 15-year export contracts tying the price of Australian gas to the price of oil. At the time, the price of oil was over US$100 a barrel. But oil prices subsequently fell below US$50 a barrel, and suddenly these gas companies were in a lot of financial trouble.

Secondly, demand is taken as a given, when there are many opportunities for businesses and households to greatly reduce their usage, as Tim Forcey and others argue. The shortages argument is endorsed by the influential Rod Sims, head of the Australian Competition & Consumer Commission (ACCC), who is trapped in the neoliberal logic of setting rules within which the market operates freely. The market might operate relatively freely when retailers compete to sell gas to the 130,000 businesses and six million households that use it, or when households call around for a plumber to replace a gas hot-water service. The ACCC and the four other ‘managers’ of the electricity and gas systems in Australia struggle to introduce, implement and enforce regulations that limit the power of the big gas companies and monopoly pipeline operators to control supply and prices.

As renewables supply an increasing proportion of electricity, some fossil gas will be needed for some time to help manage peak periods of demand, along with large batteries, ‘spinning machines’ and pumped hydro. But new supplies of gas are not needed. Based on official figures, gas generation of electricity used about 10 per cent of all gas produced in 2017, and even less in 2018. Just 15 per cent of the gas that is currently exported is enough to supply this. Demand management can deal with winter shortages, which are now expected within a few years in Victoria.

Gas-industry players are actively working in every possible way to secure their own commercial advantage as well as the industry’s future. The seven industry associations lobby hard, even on seemingly peripheral issues such as standards for domestic hot-water appliances—they recently ensured that the standards treat gas and electricity neutrally. Many have a foot in the renewables camp, especially in relation to hydrogen as a fuel source. Trials in which small amounts of hydrogen are added to gas mains are under way. Supposedly to help overcome shortages, AGL is proceeding with plans to import gas via a new port and liquification plant in Western Port Bay. Winning the PR war is crucial, hence the sponsorship of sporting clubs, and the funding of buildings and research hubs at Monash University and elsewhere. Not least, of course, the industry’s many lobbyists are skilled at spruiking fossil gas as a transition fuel to politicians, advisers and officials.

Fortunately, the environmental movement is increasingly focused on gas. We won’t win unless the peak groups lead a war of position in the same way as the gas industry is prepared to do—on every conceivable front. The industry’s social license to operate can be challenged if we find collective approaches to ending the continued daily use of gas by millions of households, cafes and other businesses. Surely we can design institutions to help anxious families with a broken gas hot-water service to replace it with an electric one, and go further by installing electric stoves and reverse-cycle heating? Without this, millions of new gas-run hot-water services will be installed across Australia in the next fifteen years as most old ones break down. How about retraining gas-industry workers as green plumbers and electricians to do this work as part of a just transition? We could make great headway by identifying and challenging all the nodes within state institutions and civil society that are geared to supporting the gas industry. Too often the peak environmental groups have only a single focus—for a long time it was the Adani coal mine—perhaps because they are reluctant to embrace the system-wide change we need to stop runaway economic growth. We could link climate action to system change, as in the more radical versions of the Green New Deal that are focused on social rather than technological answers. Such an approach would create openings for the environmental movement to forge stronger connections with the majority of Australians who are deeply concerned for the future of the planet.

Jim Crosthwaite worked as an environmental economist in the Victorian Government for many years. After lecturing on the economics of climate change, concern about carbon offsetting ultimately led to co-founding Journeys for Climate Justice. Jim also teaches body awareness and stress relief to activists, based on Alexander Technique.