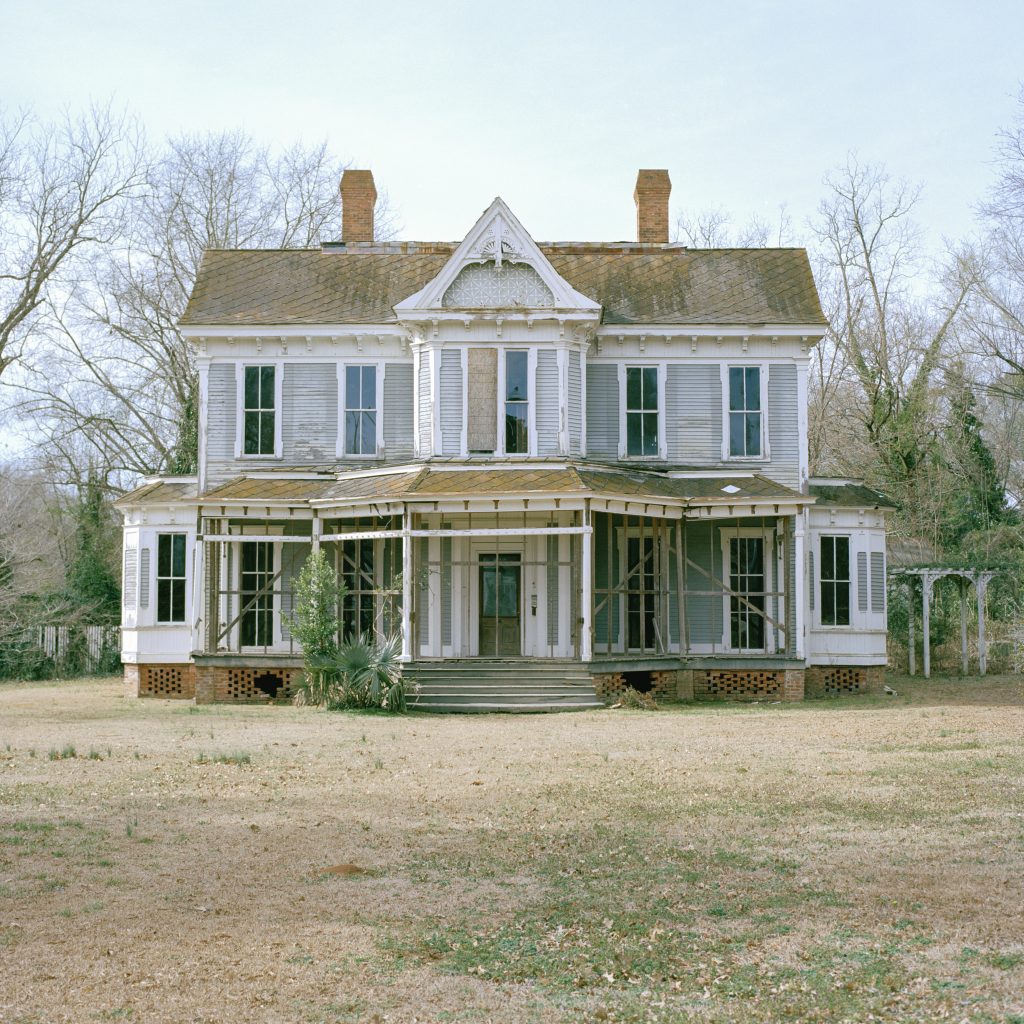 Joe Biden has won, but the battle for America is just beginning. In at least three areas Biden will be up against impossible odds to deliver the America he hopes to. Appeals to decency, to rational policy, to law and common sense, and to a unified American nation will meet deep-set resistance, and not just because Trumpian politics will remain, which it surely will. Deep-going social and cultural divisions, American development assumptions, and moves globally on a Democrat-defined world stage will make it difficult for Biden to deliver ‘peace’.

Just about everyone on the broad Left would be happy that Biden has won. Trump the man, Trump the performer, Trump who would incite racism and dally with neo-fascists was alarming for anyone who has a grasp of the political inclinations of this type—narcissistic, and thus unbounded in putting himself first, thin-skinned, vindictive, open to the blandishments of others, deluded, personally powerful. The carnivalesque Trump of spectacular performance similarly did not carry with a broad grouping—a ‘moral middle class’ perhaps; ‘liberals’, or the educated, who can ‘read’ a media performance. They have been aghast at the ‘tricks’ and sleights of hand, the pawing of the audience (‘I love you, Philadelphia’, ‘Oh, the women…’)—the joker Trump, who pretended to upend the social hierarchies and challenge the ‘know-it-alls’ but was the speaker of a debased ‘truth’.

The hope for so many who read it this way, especially mainstream Democrats and anti-Trump Republicans, is that the Biden win will return politics to ‘normal’—that politics can again be ‘rational’, that the ‘centre’ can be retrieved. In this hopeful view, the institutions of state and government (‘American democracy’) remain to be reactivated as a space of debate and exchange across different but defined groupings and their representatives. Trump caused the descent into polarisation, Biden will govern for all; Trump fanned the irrational; Biden cares, and will reinstate policy and competence (especially around COVID).

Of course the trouble here is that over 70 million people voted for Trump, and the vote again fell more or less fifty-fifty between contending forces—that odd norm of modern electoral voting. Biden might come to allay fears of racial and ‘left-wing’ street violence among some of these voters and thus win them over, but unless you want to confine this very large number of people to the category of ‘deplorables’; to see them as inherently racist, proto-fascist and irrationally prey to conspiracy theories; and as having no grasp at all of the policies of the Trump camp, there is little basis for hoping this division will end. From this point of view, far from Trump being the cause of polarisation he is better understood as a symptom, and of something deeper than a political division.

At the time of writing the threat of violence has been just that. There are guns on the street, but they haven’t been fired; Trump supporters are distraught at their election having been ‘stolen’ from them, but they seem focused on Trump’s various legal challenges. It remains to be seen how or if they will fall into line as the Biden win moves to the next stage of confirmation and convocation. And it certainly remains to be seen how they will take to Biden’s first policy interventions around COVID-19, surely a flashpoint for violence on the resonant theme of liberty.

In the immediate lead-up to the election some commentators were likening the situation to civil war. While an exaggeration presently, this carries the implication of continuing lines of dispute and contest right from the heart of the American Civil War period—clear enough in the passions ignited around Black Lives Matter today. More generally, though, it speaks to a crisis in economy and society that has undermined the conditions of social life and altered the terms of self-understanding for various groups and classes. Once crucial to American developmental prosperity, on the inside of a whole historical trajectory of modern capitalism, the old white working class are now in large part cast out, suffering economically, as well as in terms of the dream they were promised and the identities they cling to. While the economic precarity and marginal status of black America have been constants in American history, globalisation has meant the restructuring of domestic economies, and its neoliberal administration has offered no love to those now on the losing side of history. The opening of China to Western investment, the export of American jobs, and the techno-scientific revolution that give contemporary capitalism its distinctive form are shaping an 80/20 society, where major sections of humanity are ‘surplus to requirements’. Trump’s policies, however dressed in appalling rhetoric and self-serving in terms of his own corporate benefit, pinpointed exactly this chasm, and voters responded, with Trump increasing his vote among Black and Latino Americans and even the LGBT community. The emergent divisions must remain a fundamental tension for any return to a Biden ‘normal’. On what basis do people engage in legitimate political contest if the assumption of a shared nation no longer holds? On what basis does the polity hold together if some of the people supposed to be represented through its institutions are effectively outside ‘legitimate’ consideration? While Trump’s extreme inclinations may have pushed towards collapse of the political compact, it is really the social compact that is in question. This is a layer of contradiction that the Democrats, on their record as unquestioning globalisers and neoliberals, remain unlikely to address in any significant way.

‘Liberty’, as one of the touchstones of the Trump campaign, will likely prove an especially inflammatory challenge to Democrat ‘reasonableness’. ‘Making America great again’, catchcry for a nation-focused program of boosting manufacturing and restoring pride to white working-class identity, was a drawing in. The Trump challenge generally, taken to be against globalisation (certainly not capitalism), was nationalistic, on the international-relations front described as isolationist. But this inwards move was at the same time elevated by a call to something higher, that paradoxical mix of American cultural particularity and the exceptionalism of its place in history. Born of the American Revolution, ‘liberty’ is a transcendent, projecting the soul and inner project of an essential America. If you can’t have jobs and can only afford crappy products at the local mart, at least you can be ‘set free’ as that individual carrier of the ‘rights of man’. ‘Liberty’ is barely present in the Australian lexicon, but it is a powerful reminder to Americans of their actually unique place in world history: the ascension of the New World to the centre of world history and its radical break from what went before, both the hierarchies of the old world and Indigenous claims to the land. In the fully libertarian frame, Americans are free individuals with rights bestowed on their persons, and in their defence, in priority over other communal identities, histories or bonds that might curtail such rights. From one angle the dignity afforded marginalised groups in the notion of liberty might be compensation for a benighted reality, but it is also a potent basis for identity, and acute and dangerous in politics.

This article is from issue 4 of Arena. Read it in print and help to support independent media…!

The once pole stars of Left and Right have for decades been under pressure attempting to contain the range of concerns that are now in political contestation across contemporary polities. Those categories can no longer simply ‘slot’ over foundational class groupings that were an earlier, material undergirding of democratic representation. In the context of globalisation, neoliberal governance and high-tech development, the American white working class emerges into a reconstituted cultural setting in which a febrile identity politics plays a central role. At the same time as this reshaping of identities and the emergence of new lines of marginalisation has taken place, climate change has moved to centre stage, existentially, as a threat to humanity in general; politically, as a challenge in all its aspects to received political systems and their modern economic and cultural underpinnings.

Biden’s climate-policy intentions are presently exciting hopeful commentary. Indeed, let’s hope a new climate regime will fall into place, and that Green jobs in particular will flow, but there is little evidence of Democrat inclination to reconceptualise growth, either domestically or globally, or forms of community that might re-establish more modest ways of living. While an America oriented to international climate agreements will make an important contribution, ‘Me? A socialist?’ Biden is not very likely to understand or seek to basically reform the hyper-destructive forces of contemporary capitalism. It would be to bring into question a whole system of taken-for-granted structures and practices, given all that climate change implies about the West’s deep-set view of nature, consumption lifestyles, and high-tech capitalism. The restructuring of work and consequent forms of precarity and redundancy, effected by that same clutch of forces, takes us beyond all the comfortable precepts and expectations of modern economic and social development: that ongoing growth is possible, that growth means jobs, and that this combination will satisfy our wants and needs. Democrat policy making and attempted technocratic fixes of the past forty or so years of neoliberal global capitalism have proven completely inadequate to fixing these ‘issues’; indeed they are implicated as causes.

The expectation too that with stable government America will return us to saner global leadership internationally, including more open lines of communication than Trump on economic globalisation, can’t go unchallenged. On the one hand, globalisation will again be elevated to a value commitment—not just an economic policy—to ‘openness’ and cosmopolitanism. Despite its contribution to climate change and environmental destruction and to new and inhuman marginalisations in the poorest and the wealthiest nations in the world, unbounded globalisation, and America’s political guidance of such in again chummy world forums, will likely be the counter catchcry to Trumpians’ supposedly closed world view. And, while we might hope for the reignition of the very sane Iran deal, we can observe that the Democrats have gone to war with alacrity over recent decades, when Trump did not, tuned in, as he seemed to be, to a domestic population weary of war and loss.

In what is a polarised culture and society, not just a polarised politics, what can we hope for? Is a politics that joins people rather than separates them—materially, not simply through empathy or myth—possible? Where are the fault lines that might illuminate the causes of the general shift that is today creating fear and unrest, fuelling anxieties and bellicosity over contending identities? This is a small and perhaps contentious example, but shouldn’t we be trying to bring divergent forces together? While from the Left one might hope for and talk of the exhaustion of neoliberalism, with the radical Right its constituency can be appealed to with cries to ‘drain the swamp’. They are hardly coterminous, but they can be made to dovetail as more or less cogent critiques of governmental and political objectives and style. Beyond this they may both be made to point to those deeper turns in economic life and society within a more-than-ever predatory capitalism that swallows community and ungrounds ways of life.