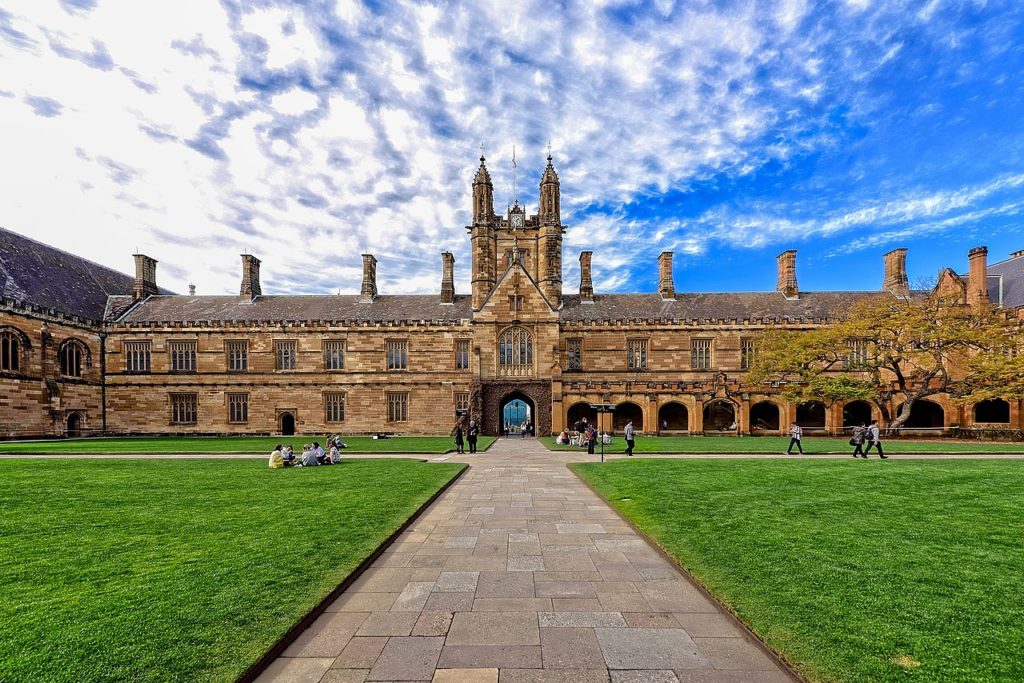 The last year has seen the sudden loss of international student revenue brought about by the COVID-19 pandemic, the further reduction of public funding under the Coalition government’s jobs ready graduates package, and the loss of approximately 17,000 jobs across the higher education sector, with further losses expected in 2021. From within this unhappy state of affairs has emerged an industry-wide wage theft scandal affecting thousands of casually-employed academics—a rare moment of reckoning that has seen universities called to account for their employment practices before a federal Senate inquiry. Casual academic staff have taken the opportunity presented by the inquiry to publicly speak up against senior management of the corporate university.

Academics have a frustrating tendency to regard themselves as exceptional. The products of a competitive education system, we toil in workplaces conspicuously dedicated to the achievement of ‘excellence’, inside institutions that have historically been accessible only to elites. We tell ourselves that our work is a calling, a passion, a privilege. But what is laid bare by the exposure of systemic wage theft in universities is that while our work may be a calling, it is also labour: the application of effort to produce a commodity in exchange for a wage, under conditions that we do not control. What we should learn from the evidence so far given at the inquiry is that academics are workers, and it is only as workers that we have any hope of transforming a higher education system that diminishes us all.

We tend to think of wage theft as involving a breach of the law—a failure to uphold the rights and entitlements of workers as set out in our systems of employment regulation. Wage theft takes this shape in universities, too—for example, in the misclassification of work and failure to observe minimum engagement provisions experienced by professional staff. However, as the evidence given by unions and workers at the Senate Inquiry highlighted, it is the undervaluation of casualised teaching labour embodied in the industry-wide use of piece rates that makes wage theft systemic in universities. As piece rates are specified in university enterprise bargaining agreements (EBAs), much of the wage theft observed in the sector is legal. In universities, the industrial instruments themselves underpin the exploitation of casual workers.

Though no two university EBAs are the same, they are consistent insomuch as they provide casual workers with relatively few industrial rights. Payment systems include hourly rates for duties such as lecturing, tutoring, and marking. They also set out the number of hours a casual worker will be paid for specified tasks. For example, a paid hour of classroom time assumes one or two additional paid hours for associated duties, in which activities like preparation, student consultation, and administration are supposed to be accounted for. These systems rightly recognise that teaching requires work that is done outside of class time. However, they also legitimise exploitation by fixing the number of hours that can be paid for teaching work. This means academic casuals are effectively paid by the piece, rather than by the hour.

Unsurprisingly, these payment systems were defended as reasonable by the beleaguered vice chancellors appearing before the inquiry. Despite this, there is widespread acknowledgement among academics that piece rates radically undervalue the work required to provide quality education. Relics from our industrial past, these rates are unchanged from when they were created in the 1970s and 1980s, a time when lecturing did not require the creation of elaborate PowerPoint slides, interfacing with learning management systems, and responding to emails from students and managers. Classes were smaller. In the past two decades class sizes have blown out, with the teacher-to-student radio becoming seriously unbalanced. Piece rates do not reflect these realities.

Piece rates are well-recognised as a mechanism of exploitation. As Lauren Kelly points out, they are closely aligned with gig work and outsourcing. They break jobs down into discrete tasks that are defined and remunerated separately, which can then be ‘put out’ to a worker to complete using their own facilities and equipment. Piece rates are effective cost-cutting measures because remuneration is tied to output and non-wage expenses are borne by the worker. In the university setting, piece rates are especially thrifty for employers because they so vastly undercount the time required to perform the work, while establishing a disciplinary performance norm that is impossible to meet.

Insecure work has become the norm in higher education. Analysis by the National Tertiary Education Union (NTEU) indicates that 65 per cent of Australian university workers are in insecure forms of employment. Of this, 43 per cent  are employed on a casual basis and 22 per cent are employed on fixed term contracts. Only 35 per cent of university workers are in a secure job. In some of Australia’s wealthiest institutions, that figure is as low as 27 per cent.

Casualisation creates the conditions under which workers are compelled to accept exploitation. Casual academics are employed semester to semester, on zero-hour contracts, with a clear disincentive to speak up for fear of adverse action. The constant threat of unemployment and the impossible dream of a permanent job exert pressure to go ‘above and beyond’. The exclusion of the casualised workforce from university decision-making structures entrenches this disempowerment.

An outdated apprenticeship model of academic labour justifies exploitation on the basis that casual work constitutes a rite of passage on the other side of which lies a continuing position with a salary and workplace entitlements. The reality is that there are few continuing academic jobs available for casual workers to ‘graduate’ into. Conversion clauses, conceived as a bridge from casual to continuing employment, are laced with prohibitively narrow criteria and leave the power to decide outcomes with employers. The Scholarly Teaching Fellow program—a scheme initiated by the NTEU to shift ‘permanent’ casuals onto full-time teaching-focused contracts—has intensified workloads while failing to reduce levels of casualisation.

All of this leaves casualised academics in a difficult position. Do we work strictly to the fixed hours set out in our contracts, knowing we are short-changing students who understandably expect their teachers to be well-resourced? Or do we consent to unpaid work, knowing we are participating in an exploitative system and contributing to the normalisation of wage theft? If every casual teaching academic worked strictly to the hours set out in their contract, they would be providing a shallow and depersonalised education. In this respect, teaching is a form of care work, eliciting deep commitment from casualised workers and imposing deeply felt obligations. Acting out of a commitment to the practice of education and weighed down by the pressures of precarity, casual academics accept exploitation for the sake of their students, their future and their scholarly integrity.

Robin Zheng identifies two myths that underpin the widespread acceptance of casualised work in universities: the myth of meritocracy and the myth of work as its own reward. Together, these myths constitute an ideology of exceptionalism that distances academic work from other forms of labour, individualising both the problem and its solution by displacing responsibility for precarity onto the precariously employed themselves. To the extent that academics buy into this ideology, she argues, we allow ourselves to be captured by a system that ‘forestall[s] collective efforts at transforming structural conditions’.

Perhaps this is why shifting the power relations that shape university workplaces has proven to be so hard. While there are important legislative interventions that might make a difference in the sector—such as more public funding for universities and enhanced access rights for unions—these are no replacement for the kinds of empowerment and autonomy that become available to workers when we have control of our working conditions. As the recent successes of public sector teachers’ unions in the United States make clear, workplace struggle can be a vehicle for challenging privatisation, austerity, and state violence. Unionism can be a means though which democracy is activated.

We must do away with the delusion that academic labour is different to other forms of work. If we were in any doubt about this, we need only listen to university management when they are asked to explain their employment practices. Among the many revealing comments made by vice chancellors and their representatives at the Senate inquiry were the following admissions: that balanced teaching and research workload models are holding the sector back; that universities would be able to employ more continuing staff if they did not have to pay academics to do research; and that universities employ casual staff in teaching roles because they are the cheapest option. And this was from university executives earning upwards of $1 million per year. While we might believe that education is a public good, our universities are thoroughly corporate.

Universities are embedded in the economy, not apart from it, and they are complicit in the legitimation of neoliberalism. Managerialism, marketisation, and audit culture shape the experience of work in higher education. We are all held captive to institutional rankings, journal league tables, pressures to commercialise research, consumer reviews disguised as teaching evaluations, and graduate employment data. In their Senate Inquiry evidence, the vice chancellors offered ‘academic autonomy’ as an explanation for systemic wage theft—we are free to rob ourselves. Really, academics have increasingly less freedom to determine the nature of our work and no freedom to determine its value.

To change this, we must collectivise. There will be difficulties, not least of which is the segmentation of the university workforce and accompanying inequalities. Our challenge is to see our predicament for what it is: the displacement of class conflict between staff and senior management into the day-to-day interactions and inequities among different groups of staff—a divide-and-conquer strategy that keeps us all under the thumb. The sooner we accept this, the sooner we can build the power to create something better.

Ellyse Fenton is a teacher and researcher working on Jagera and Turrbal land. She has been a precariously employed academic working on casual and fixed term contracts for more than ten years. She is a member of Casualised, Unemployed and Precarious University Workers (CUPUW) and the National Tertiary Education Union (NTEU).

Liam Kane is a casual academic working on Ngunnawal land. He has worked at multiple universities and is an active member of Casualised, Unemployed and Precarious University Workers and the National Tertiary Education Union.