A day in the death of British justice 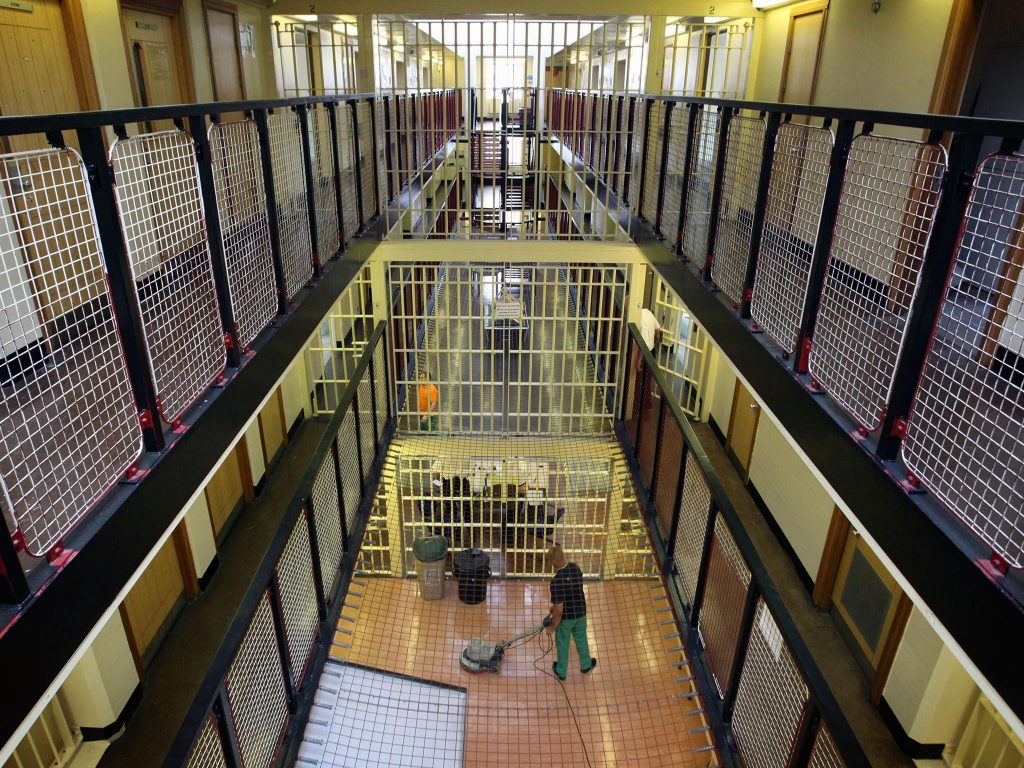 I sat in Court 4 in the Royal Courts of Justice in London yesterday with Stella Moris, Julian Assange’s partner. I have known Stella for as long as I have known Julian. She, too, is a voice of freedom, coming from a family that fought the fascism of Apartheid. Today, her name was uttered in court by a barrister and a judge, forgettable people were it not for the power of their endowed privilege.

The barrister, Clair Dobbin, is in the pay of the regime in Washington, first Trump’s then Biden’s. She is America’s hired gun, or ‘silk’, as she would prefer. Her target is Julian Assange, who has committed no crime and has performed an historic public service by exposing the criminal actions and secrets on which governments, especially those claiming to be democracies, base their authority.

For those who may have forgotten, WikiLeaks, of which Assange is founder and publisher, exposed the secrets and lies that led to the invasion of Iraq, Syria and Yemen, the murderous role of the Pentagon in dozens of countries, the blueprint for the twenty-year catastrophe in Afghanistan, the attempts by Washington to overthrow elected governments, such as Venezuela’s, the collusion between nominal political opponents (Bush and Obama) to stifle a torture investigation and the CIA’s Vault 7 campaign that turned your mobile phone, even your TV set, into a spy in your midst.

WikiLeaks released almost a million documents from Russia, which allowed Russian citizens to stand up for their rights. It revealed the Australian government had colluded with the United States against its own citizen, Assange. It named those Australian politicians who have ‘informed’ for the United States. It made the connection between the Clinton Foundation and the rise of jihadism in American-armed states in the Gulf.

There is more: WikiLeaks disclosed the US campaign to suppress wages in sweatshop countries like Haiti, India’s campaign of torture in Kashmir, the British government’s secret agreement to shield ‘US interests’ in its official Iraq inquiry and the British Foreign Office’s plan to create a fake ‘marine protection zone’ in the Indian Ocean to cheat the Chagos islanders out of their right of return.

In other words, WikiLeaks has given us real news about those who govern us and take us to war, not the preordained, repetitive spin that fills newspapers and television screens. This is real journalism; and for the crime of real journalism, Assange has spent most of the past decade in one form of incarceration or another, including Belmarsh prison, a horrific place.

Diagnosed with Asperger’s syndrome, he is a gentle, intellectual visionary driven by his belief that a democracy is not a democracy unless it is transparent, and accountable.

Yesterday, the United States sought the approval of Britain’s High Court to extend the terms of its appeal against a decision by a district judge, Vanessa Baraitser, in January to bar Assange’s extradition.  Baraitser accepted the deeply disturbing evidence of a number of experts that Assange would be at great risk if he were incarcerated in the United States’ infamous prison system.

Professor Michael Kopelman, a world authority on neuropsychiatry, had said Assange would find a way to take his own life—the direct result of what Professor Nils Melzer, the United Nations Rapporteur on Torture, described as the craven ‘mobbing’ of Assange by governments—and their media echoes.

Those of us who were in the Old Bailey last September to hear Kopelman’s evidence were shocked and moved. I sat with Julian’s father, John Shipton, whose head was in his hands. The court was also told about the discovery of a razor blade in Julian’s Belmarsh cell and that he had made desperate calls to the Samaritans and written notes and much else that filled us with more than sadness.

Watching the lead barrister acting for Washington, James Lewis—a man from a military background who deploys a cringingly theatrical ‘aha!’ formula with defence witnesses—reduce these facts to ‘malingering’ and smearing witnesses, especially Kopelman, we were heartened by Kopelman’s revealing response that Lewis’s abuse was ‘a bit rich’ as Lewis himself had sought to hire Kopelman’s expertise in another case.

Lewis’s sidekick is Clair Dobbin, and yesterday was her day. Completing the smearing of Professor Kopelman was down to her. An American with some authority sat behind her in court. Dobbin said Kopelman had ‘misled’ Judge Baraister in September because he had not disclosed that Julian Assange and Stella Moris were partners, and that their two young children, Gabriel and Max, were conceived during the period Assange had taken refuge in the Ecuadorean embassy in London.

The implication was that this somehow lessened Kopelman’s medical diagnosis: that Julian, locked up in solitary in Belmarsh prison and facing extradition to the United States on bogus ‘espionage’ charges, had suffered severe psychotic depression and had planned, if he had not already attempted, to take his own life.

For her part, Judge Baraitser saw no contradiction. The full nature of the relationship between Stella and Julian had been explained to her in March 2020, and Professor Kopelman had made full reference to it in his report in August 2020. So the judge and the court knew all about it before the main extradition hearing last September. In her judgement in January, Baraitser said this:

[Professor Kopelman] assessed Mr. Assange during the period May to December 2019 and was best placed to consider at first-hand his symptoms. He has taken great care to provide an informed account of Mr. Assange’s background and psychiatric history. He has given close attention to the prison medical notes and provided a detailed summary annexed to his December report. He is an experienced clinician and he was well aware of the possibility of exaggeration and malingering. I had no reason to doubt his clinical opinion.

She added that she had ‘not been misled’ by the exclusion in Kopelman’s first report of the Stella–Julian relationship and that she understood that Kopelman was protecting the privacy of Stella and her two young children.

In fact, as I know well, the family’s safety was under constant threat, to the point when an embassy security guard confessed he had been told to steal one of the baby’s nappies so that a CIA-contracted company could analyse its DNA. There has been a stream of unpublicised threats against Stella and her children.

For the United States and its legal hirelings in London, damaging the credibility of a renowned expert by suggesting he withheld this information was a way, they no doubt reckoned, to rescue their crumbling case against Assange. In June, the Icelandic newspaper Stundin reported that a key prosecution witness against Assange has admitted fabricating his evidence. The one ‘hacking’ charge the Americans hoped to bring against Assange if they could get their hands on him depended on this source and witness, Sigurdur Thordarson, an FBI informant.

Thordarson had worked as a volunteer for WikiLeaks in Iceland between 2010 and 2011. In 2011, as several criminal charges were brought against him, he contacted the FBI and offered to become an informant in return for immunity from all prosecution. It emerged that he was a convicted fraudster who embezzled $55,000 from WikiLeaks, and served two years in prison. In 2015, he was sentenced to three years for sex offences against teenage boys. The Washington Post described Thordarson’s credibility as the ‘core’ of the case against Assange.

Yesterday, Lord Chief Justice Holroyde made no mention of this witness. His concern was that it was ‘arguable’ that Judge Baraitser had attached too much weight to the evidence of Professor Kopelman, a man revered in his field. He said it was ‘very unusual’ for an appeal court to have to reconsider evidence from an expert accepted by a lower court, but he agreed with Ms Dobbin it was ‘misleading’ even though he accepted Kopelman’s ‘understandable human response’ to protect the privacy of Stella and the children.

If you can unravel the arcane logic of this, you have a better grasp than I, who have sat through this case from the beginning. It is clear Kopelman misled nobody. Judge Baraitser—whose hostility to Assange personally was a presence in her court—said that she was not misled; it was not an issue; it did not matter. So why had Lord Chief Chief Justice Holroyde spun the language with its weasel legalese and sent Julian back to his cell and its nightmares? There, he now waits for the High Court’s final decision in October—for Julian Assange, a life or death decision.

And why did Holroyde send Stella from the court trembling with anguish? Why is this case ‘unusual’? Why did he throw the gang of prosecutor-thugs at the Department of Justice in Washington—who got their big chance under Trump, having been rejected by Obama—a life raft as their rotting, corrupt case against a principled journalist sunk as surely as Titantic?

This does not necessarily mean that in October the full bench of the High Court will order Julian to be extradited. In the upper reaches of the masonry that is the British judiciary there are, I understand, still those who believe in real law and real justice from which the term ‘British justice’ takes its sanctified reputation in the land of the Magna Carta. It now rests on their ermined shoulders whether that history lives on or dies.

I sat with Stella in the court’s colonnade while she drafted words to say to the crowd of media and well-wishers outside in the sunshine. Clip-clopping along came Clair Dobbin, spruced, ponytail swinging, bearing her carton of files: a figure of certainty: she who said Julian Assange was ‘not so ill’ that he would consider suicide. How does she know?

Has Ms Dobbin worked her way through the medieval maze at Belmarsh to sit with Julian in his yellow arm band, as Professors Koppelman and Melzer have done, and Stella has done, and I have done? Never mind. The Americans have now ‘promised’ not to put him in a hellhole, just as they ‘promised’ not to torture Chelsea Manning, just as they promised …

And has she read the WikiLeaks’ leak of a Pentagon document dated 15 March 2009? This foretold the current war on journalism. US intelligence, it said, intended to destroy WikiLeaks’ and Julian Assange’s ‘centre of gravity’ with threats and ‘criminal prosecution’. Read all thirty-two pages and you are left in no doubt that silencing and criminalising independent journalism was the aim, smear the method.

I tried to catch Ms Dobbin’s gaze, but she was on her way: job done.

Outside, Stella struggled to contain her emotion. This is one brave woman, as indeed her man is an exemplar of courage. ‘What has not been discussed today’, said Stella, ’is why I feared for my safety and the safety of our children and for Julian’s life. The constant threats and intimidation we endured for years, which has been terrorising us and has been terrorising Julian for ten years. We have a right to live, we have a right to exist and we have a right for this nightmare to come to an end once and for all’.