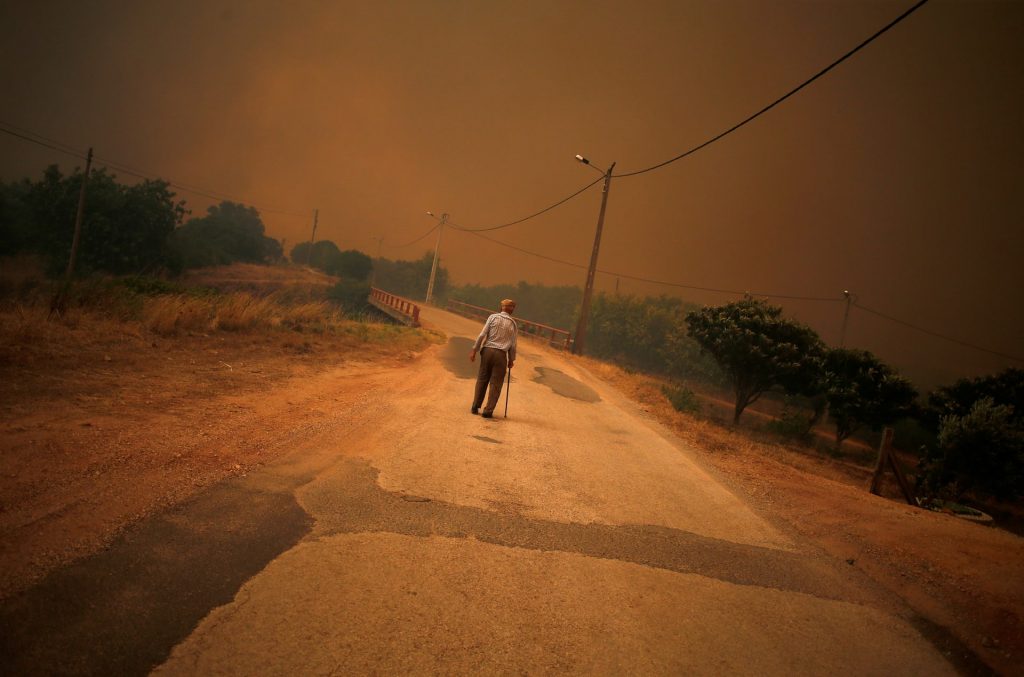 The deep midwinter in southern Australia has separated us from the heat crisis, actual and symbolic, in the actual and global north. In Europe, Russia has finally made good on its threat to lower gas supply to Europe—especially to Germany—down below a point at which everyday life will be affected. In ordinary times, the Germans might be grateful for this  in summer, rather than winter.

This summer, however, is a scorcher for northern Europe, whose citizens are far less habituated to temperatures above the mid 20s celsius, for whom 35 degrees is a major heat crisis, and 40 degrees an event outside experience. Such air conditioning as is available will now have to be run at reduced, rationed capacity, as will daily life in general.

These restrictions were familiar to all Western societies in the 1970s during the last great industrial battles and an assertive Third World embargo on oil. They are joined by another feature of that era, shortages. Once again in the 70s, it was strategic strikes in local, or at least nationally based, production that cleared the shelves.

These ‘long-chain problems’—chains of labour, production and capital—are now manifesting everywhere, in different guises, but with the same root cause: a gear-crunching contradiction between the world’s geo-political form and national forms, in which power supply has remained sequestered according to nation, ethne, borders and concentrated elites, while the economies on which this depends have been relentlessly  globalised, attenuated, vertically integrated and depleted in local time and space.

As the latter process has rolled on, and been taken to new levels by platform capitalism, the West has never seriously challenged it, hiding its own lack of power with thematic pseudo-nationalism to cover over the process of further national-community deconstruction. Thus Tony Abbott chest-beating in Australia while delivering the final blow to a local car industry; Brexit in the United Kingdom, producing this Swiftian blond Yahoo, Boris bellowing atop a mountain of wreckage; and Trump in the United States, a live-action figure version of a strongman, taking the United States to a tariff war with China but doing nothing to build-back local manufacturing capacity, which would have been the necessary second step. Beyond that, there are the total disasters, in places like Lebanon and Sri Lanka—also ramped to crisis by heat and no fuel to alleviate it—on the edge of or well into failed statehood, as weak, and unimportant links in these twisting chains.

Having hastened their own nations to disaster (ours being thankfully minor by comparison), these forces step away discredited and despised, to be replaced by centrist administrations arising from old social democratic movements. These parties and movements are now utterly incapable of drawing on the support of a deep base, and the legitimacy of sweeping electoral victory, since they lack the former, and never gained the latter.

The problems they face from this extended economy are so far beyond the state mechanisms still at their command, their business as usual, that their fate may well be to utterly discredit ‘reasonable politics’—the Rawls–Habermas communicative liberal mix, which gives social groups ‘voice’, but only as represented by others, in a technocratic process—as they first try some amelioration, after which discipline and control measures are wielded against the population.

These pseudo populists produced pseudo movements beneath them: Brexiteers in Union Jack straw boaters celebrating the return of the ounce and pound at the Tesco store in their clone-town; Trump’s army wanting good jobs back, by which they meant 70s-era labour-intensive heavy-industry work now vanished to automation; Abbott’s miniscule Sky-After-Dark undead shambling aimlessly around. It was only towards the end of Trump’s term that the small nuclei of the hard Right began to connect with his amorphous fanbase, to ultimately create what was the 6 January putsch. With the subsequent development of the US Right and the failure of the Biden administration, that event may come to be seen as prologue, not finale.

In other words, the turn back to the nation-state—announced by the neocons after 9/11—was always an old con. No real effort was made to halt or reverse multiple layers of globalisation, to regroup national economies/communities, or to build-in or protect national self-sufficiency in essentials, or system resilience. Had that occurred, we would have seen cultural and psychological shifts in how people considered their life, and what they expected from it. Instead, twenty years of further globalisation, on zero-cost money for the last decade, has created a Western population more psychologically dependent on globalisation’s rewards—consumer luxuries and low costs—than ever before.

But not everyone was following the globalisation script. Over the past decade, both Russia and China have been consciously removing significant parts of their state structure from enmeshment in the globalisation, Russia with some fairly basic nationalist economic moves, China pursuing what might be seen as the beginnings of a post-capitalist nationalist framework, in which the private sector and market play much less of a role in economic steering (though it would not be called, by most of us, ‘socialism’). Much has been said about the economic effects of the Ukraine war; less about the economic changes that preceded it, and of which it is a continuity: Russia’s disengagement from a US-dominated world system.

The process has been asymmetrical for a decade or more. For all the neocons’ bluster, nationalism has had so little power over policy that transnationals could continue to dictate policy, and the Right’s fealty to capital put limits on what right-wing populists could offer. Meanwhile, a Left that retained an old-skool internationalist hostility to nationalism could not offer leadership to wider groups. Only when left nationalist figures such as Bernie Sanders and Jeremy Corbyn emerged was a larger movement possible.

Now one wonders if this process was akin to theatre in its high period, in which a ritualised courtly masque preceded, and alluded to, the full drama. An obsessive liberal might point to the Germany–Russia energy tie-up and announce another example of the pacifying effects of trade binding nations together; the rest of us might see a hostage drama in which nations such as Germany have made themselves vulnerable through the decades-long social contract they have created with their citizens for luxury over independent self-sufficiency, the epicurean over the stoic. The ‘insecurity’ is doubled out of a suspicion that such societies may have created people lacking the immediate psychological resources for resilience, change and a re-orientation to communal independence.

What would then happen if this system crisis was dealt with by orderly escalation, rather than either globalist ‘renormalisation’ or military adventurist disorder? What if the next stage was a collective disengagement from the US-dollar-dominated global financial system and the creation of a parallel system, based on a manufactured global trading currency, backed by Russia and China, and drawing in other states? The chances of this are dismissed by mainstream experts so often that it seems ever more likely. This would amount to a true fracturing of the Bretton Woods system and a return to power blocs. The question remains, given the structural–technical enmeshment of telecoms, data and so forth, just how technically possible it is, without it being an absolute, transformative process in national lives.

At home, with a decade of the Right ended, and the relief at that, Australia’s Left and progressives have quietly decided to ignore the fact that we are living in a sort of postmodern Ruritanian toytown, in which a Pauline Hanson’s parliamentary stunt fills the intellectual bandwidth by common consent of both sides.

Given any sort of major crisis, the radical response—neither Right nor Left, and both—will initially be through the medium of nationalism, and possibly one with some nasty features. The part of the radical Left that imagines such a crisis will issue in Walmart Republics, cybersyn 2, TAZ communism, schizo-cyber techno-anarchism, and so forth are, to use a local expression, ‘dreamin’”. Such possibilities were more likely to have emerged from an uninterrupted, high-neoliberal globalisation era, in which ever more enmeshments of abstracted power–economy might have emerged from the given forms of Google and like formations. Such campaigns might still occur in a more general crisis, but the cyber-left’s belief that it would gain general consent for its leadership is false.

Now, the more likely next step in  ‘globalisation’ will be the escalation of a local war in the Ukraine to hostilities between whole power blocs, with the possibility—though far from certainty—of nuclear exchange. Should that occur, or get closer, domestic politics may change fast. Any remnant of this thing once called ‘the Left’ will have to undergo a thorough, unyielding and un-illusioned examination of its own relationship to nationalism as a communal form if it is to have anything useful to offer in the lead-up to the next wave of world heat.