Why the Shock?: Australian Atrocities in Afghanistan 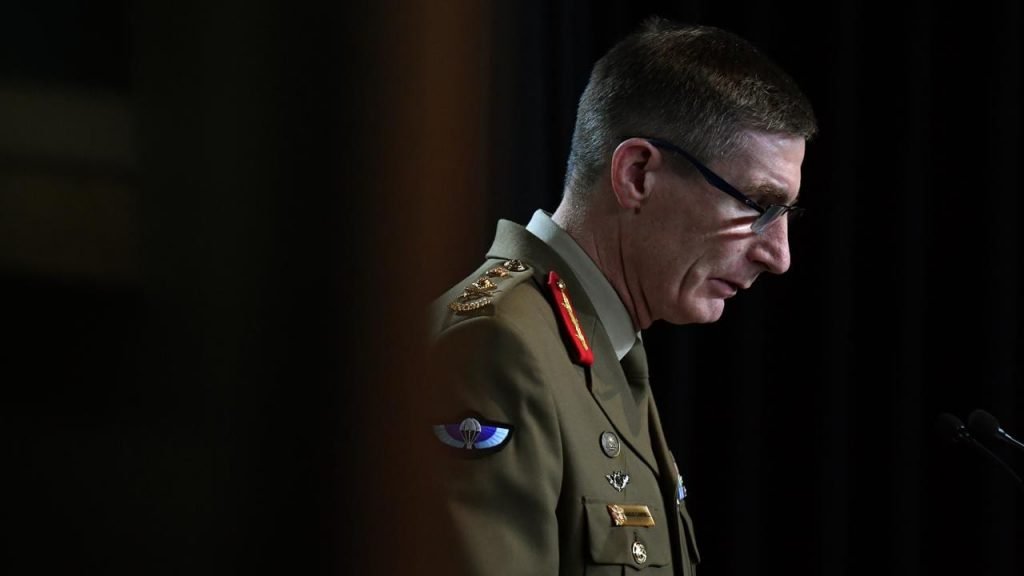 The host of ABC’s 7.30 program, Leigh Sales, could barely believe what she was hearing: ‘I’d like to think I just misheard this but I didn’t—Chief of the Defence Force says there’s evidence that 25 Australian defence personnel unlawfully killed 39 Afghanis’. Media outlets were awash with reports of ‘disgust’; former Australian prime minister Kevin Rudd said as much. Australian Defence Minister Linda Reynolds admitted to being ‘physically ill’.

The findings of the Inspector-General of the Australian Defence Force Afghanistan Inquiry, another addition to the history of Australian war crimes, shocked and repelled. The report, compiled by Major General Paul Brereton and his team, notes how thirty-nine Afghan non-combatants and prisoners were allegedly killed by Australian special forces personnel. These involved executions and the planting of weapons on the bodies. The report also notes how two other Afghanis were treated with cruelty while under special-forces control. Nineteen personnel will be subject to criminal investigation with a view to prosecution. But what should hardly count as a surprise are the findings themselves.

In Afghanistan Australian forces were minting a reputation for a cavalier approach in the field from the moment they hit the ground. Veteran journalist Michelle Grattan recalls how ‘even when I was there back in 2002, and Australia had 150 special forces in place, there was chatter among the international media that the Australians were fast and loose’. In other words, for anybody interested to look, instances of brutality could be found.

Over time, these violent accounts accumulated—not quite in the form of an avalanche, but as a series of increasingly heavy snowballs. The chronology of accounts outlined by Karen Elphick of the Law and Bills Digest Section of the Australian Parliamentary Library is instructive: ‘On a number of occasions since 2006, reports have been published in the Australian media alleging that a few Australian Defence Force (ADF) personnel operating in Afghanistan between 2003 and 2013 engaged in criminal conduct’.

In 2016, Special Operations Commander Major General Jeff Sengelman, would admit that ‘a growing body of actual and anecdotal evidence from the past decade suggests that the personal and professional ethics of some have been deeply compromised’.

While the Brereton Inquiry was being undertaken, more revelations came in the form of the Afghan Files, the bitter fruits of the actions of whistle-blower David McBride and the investigative efforts of Dan Oakes and Sam Clark. It was all there: the killing of non-combatants, a toxic competitive culture between the special units, the failings of command.  This should have given Australian commentators and pundits the stomach to face facts. Instead, attention turned to whether Oakes and Clark would face prosecution after an Australian Federal Police raid on the ABC’s Sydney headquarters in June 2019. Both Oakes and Clark were spared, but McBride was prosecuted for theft of Commonwealth property and the unauthorised disclosure of material to journalists. War crimes could be psychically buried as a rumour, leaving the tattletales to be punished.

Much of this shock stems from the pedestal upon which Australian forces have been placed. This has led to a collective hypnosis of denial. Australian defence personnel, notably those of the special forces units, are almost childishly revered. Their activities are heroic; their killing is seen as calculatingly clean and undertaken to defend Australian interests. (That killing Afghans is in Australia’s national interest is an increasingly unpersuasive, even ludicrous, proposition.)

In the aftermath of the terrorist attacks on the United States on September 11, 2001, all things military have been elevated, including the ADF, who have been splashed in the gaudy paint of nationalist glamour. In the process, claims the ABC’s Laura Tingle, Australian governments, starting with the tenure of Prime Minister John Howard, ‘have elevated the mythic elements of Australia’s military to ever increasing heights’.

Such a culture has been swathed in commemorative gloss and padding. The Morrison government’s half-billion dollar commitment to expanding the Australian War Memorial with all the fripperies of conflict took precedence over other public institutions, such as the National Gallery of Australia. Funding cuts to the latter have been telling, given the need for gallery staff to bring out the buckets when the rains come. Leaky roofs for the capital’s art collection are practical realities easily ignored when military exploits need glorification.

While a tone of delusion and comfort was being set in Canberra and around the country, the nature of the killing and deployment of Australian forces was studiously kept out of the public eye. Placing troops in conditions of guerrilla insurgency, with resilient combatants and apparently shape-shifting villagers (shepherd one day, gun-toting militant the next), made the conditions all the more savage.

Historian Damian Powell, one of the few voices suggesting that we should not be surprised by the Brereton Report findings, notes that ‘demands placed upon the Special Air Service Regiment and Commando regiment have stretched our soldiers to the point where some have failed themselves, each other and the Anzac tradition’.

Despite quaffing the numbing brew of the ‘Anzac tradition’, Powell at least acknowledges the point that selecting people for the express purpose of ‘kill and capture’ missions is bound to engender a fragile and dangerous mentality. With this came ‘the constant reality of potential death or maiming through close-quarter combat, IEDs and “green on blue” attacks by Afghan allies’. While these warriors were tasked with such brutal missions, other Australian service personnel were occupied with more mundane activities within margins of strict deployment: school construction, building relationships with ‘local warlords’ and guarding sites of importance.

The nature of the deployment, the conditions of war: these are the factors that recur, time and again, in accounts of war atrocities. When brutal events take place, they are disbelieved; if they are acknowledged they are justified and rationalised as aberrations. Scapegoats are found, retribution targeted for reasons of moral expiation.

At play is a cultural presumption: other armed forces commit atrocities; we are immune to them. It was a tendency Colonel Robert Rheault, former commander of US Special Forces in Vietnam, remarked upon in 1970 with reference to his troops:

And they were capable. There were the exploits of non-specialist troops, such as those of the Americal Division in the Vietnamese hamlet of My Lai on 16 March 1968. These troops killed over 500 Vietnamese people, including unarmed women, children and elderly men, but only one conviction resulted—that of First Lieutenant William Calley Jr. Even that was despite extensive institutional cover-up by officers within the division.

Even more analogous with the Australian special forces, given the supposed mettle of the troops, were the bloody deeds of the US Navy SEALs in Vietnam. In the New York Times magazine and 60 Minutes, reporter Gregory Vistica revealed a gruesome secret of former US Senator Bob Kerrey, who led a unit called Kerrey’s Raiders. Certified war hero, survivor of serious wounds, and presidential aspirant, Kerrey was part of a unit responsible for a February 1969 raid in on the Vietnamese hamlet of Thanh Phong in the country’s eastern Mekong Delta. It resulted in the deaths of at least thirteen unarmed women and children.

In such massacres, the same ingredients were present: guerrilla warfare, invisible and changing enemies, and a rising body count without evident reciprocal infliction of harm. The debilitating effect of booby traps. The environment, a sanctuary for the enemy to melt into. Soldiers, snapping under pressure, secretly executing captives. Officially, a different tale: Kerrey, lauded for his unit’s ‘heroic achievement’ in burning peasant huts, capturing two enemy weapons and, most importantly, slaying twenty-one Viet Cong members.

Such forces, then, bear the brunt of unmatchable expectations. Be hungry, but not too greedy. Be effective, but avoid overzealousness. Back home, prime ministers and members of cabinet can be left dreaming about exceptional character traits and noble virtues, their own responsibility for deploying such troops rarely questioned. The only thing to do: find a few scapegoats. The show must go on.

Safe Space for Spying: What remains unsaid by the Signals Directorate

In government, neither side of politics has ordered an inquiry into the Iraq War, and the most obvious question is not asked in the NSC’s safe spaces: do Australia’s expeditionary military campaigns raise or lower the threat to domestic security? If you fear the answer, better not ask the question.