Why it would be wrong to ignore a carbon price 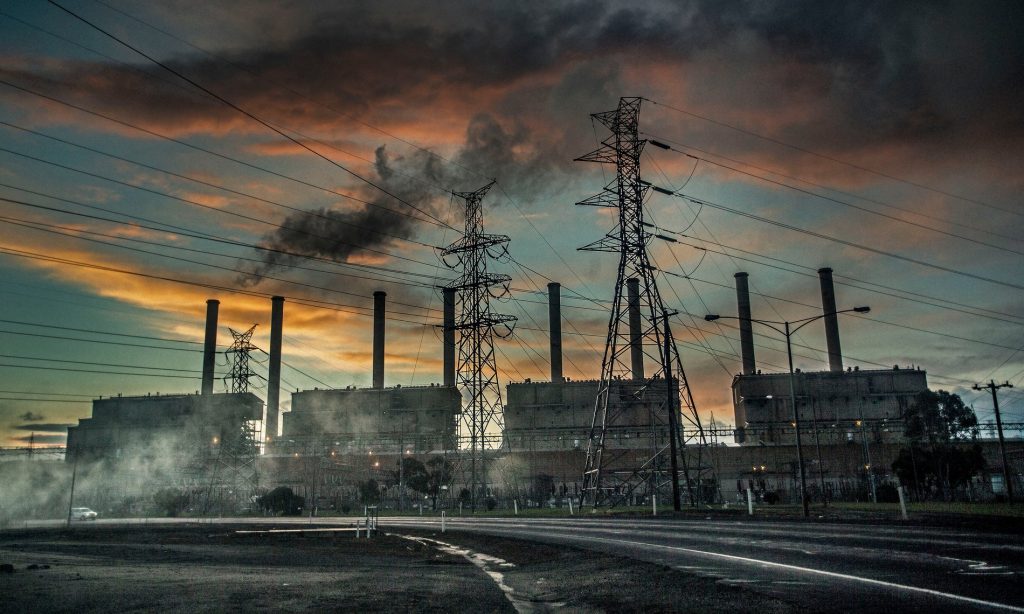 While we recognise the scale of the climate crisis engulfing the planet, views on solutions are still mixed. Yet it is crucial that the Left adopt carbon pricing as part of any vision of the future.

A carbon price is an intervention in the exchange value of any commodity whose production involves any emissions of carbon, to make exchange value more closely resemble the use value to society.

Something is needed to ensure that, when everyday decisions are being made, the interests of the environment are strongly accounted for. Nature cannot organise collectively. The flowers and koalas and the air cannot strategically withdraw. Environmental groups cannot get involved on their behalf in every decision.

Exploitation of the environment and of labour are fundamentally different. Under capitalism, as per Marx, value is extracted from (and only from) the exercise of labour power. Some part is handed back to labour as necessary for its reproduction, and the rest becomes surplus value.

This does not operate in an equivalent fashion for the environment. A quite different approach is needed to analyse capitalist expropriation of nature versus capitalist exploitation of labour. The capitalist does not need to allocate some portion of exchange value to maintaining the reproduction or integrity of the resource he or she is using, unless the state or politics requires it.

All capitalists have an economic interest in preventing labour from increasing its share of value. But there are fundamental differences between different parts of capital as to how they relate to nature.

In some places coal can be extracted and used without any need for remediation. The monetary and health costs are imposed on others. Those costs might be greater than the profit. Solar energy, by contrast, really is a ‘free gift of nature’ over the next several billion years. There is no need to allocate any amount of subsequent exchange value to reproduce the resource itself.

The discrepancy between exchange value and use value also means that resources are misdirected to ‘brown’ capital because its profitability is artificially raised.

Opposition to carbon pricing often arises because it is seen as a neoliberal policy response. But a price does not constitute a neoliberal market. Every economic system has had prices. In every conceivable pathway over the next half century there would be prices. In a move to a low-carbon economy, some exchanges might simply be prohibited (for example, new brown-coal mines), and in those cases no intervention in exchange value will be necessary. But for everything else, the exchange value needs to reflect the use value to society. The climate crisis will be resolved, one way or another, long before exchange value has ceased to exist.

Some object to carbon pricing because of the corruption of emissions trading markets by financiers and speculators. But that is a question of implementation, not principle.  Setting a fixed price (and letting quantity vary) might be administratively cleaner than setting a fixed quantity (and letting price vary). The key thing is that a price exists, and that it is large enough to change behaviour.

Other objectors to carbon pricing see it as diluting state intervention. But the use of a carbon price does not preclude and is not inconsistent with a range of other interventions, including, as mentioned, prohibitions.

On many issues, altering prices will not bring about the needed changes fast enough. The state would likely still need to actively subsidise certain forms of renewable energy or recycling, or finance structural adjustment for workers. Still, charging a price for carbon is probably the single most important thing that can be done to reduce carbon usage.

Some others oppose carbon pricing because any sort of pricing is seen as part of the malaise of the existing capitalist system that leads to overproduction and degradation.   By this view, rather than pricing, we should be moving to a system based on different forms of exchange—perhaps a circular economy with zero or negative growth.

But again, how do we ensure that all decisions affecting the environment and carbon emissions reflect the priority of saving the planet? Government cannot regulate every aspect of life. That comes down, in the end, to individuals behaving responsibly, by recycling, composting, using public transport or electric cars and wasting nothing.

And that, it turns out, is exactly the approach that the most egregious emitters of carbon wish us to emphasise. They promote individual action, rather than state intervention, because it enables them to continue profiting as before. Companies such as BP were long ago promoting reusing, recycling and composting, even while digging up and selling oil.  Wearing the mask of being green, while actually being very brown, helps profits.

Sure, changing our mental conception of the world is important. Individual action, however, is beset by the free-rider problem. In the end only the ideologically committed engage in environmentally sustaining activities, and the rest don’t bother.

State regulation can get us part of the way there. But could it regulate to deal correctly with every motor vehicle, farm, workplace and household? The best way to make sure that every decision takes account of the environment is to ensure that the environment is priced into it.

I have been to environmental conferences where some new form of currency is seen as the solution—move away from the dollar, and we take a step away from the alienation of ‘fiat’ currencies from nature. But changing the currency does not change the processes of production and exchange. Any currency—or even bartering—still means that exchanges occur and these all involve a price.

Alternative currencies disguise, rather than help solve, the problem of capitalism and the climate. The ‘cryptocurrencies’ put forward as part of the solution are often part of the problem. Just one, Bitcoin, uses almost as much electricity each year as the whole of Ireland.

Perhaps the biggest problem the Left faces is reconciling the conflict between the desire of some to create employment, and others’ desire for negative growth, to avoid further degradation. The latter approach would undoubtedly lead to substantially higher unemployment, and the political consequences would destroy the chance of support for major environmental action.

This can only be achieved with a high carbon price.

In the end, carbon pricing is how large enough cuts in carbon emissions can be achieved in the near to medium term while maintaining sustainably high rates of employment. It is a necessary element in implementing any Green New Deal.

David Peetz is Professor of Employment Relations at Griffith University.He is a co-researcher at the Inter-university Centre for Research on Globalisation and Work in Canada, and a Fellow of the Academy of Social Sciences in Australia. His books include Unions in a Contrary World; Women, Labor Segmentation and Regulation: Varieties of Gender Gaps; Brave New Workplace; and The Realities and Futures of Work.