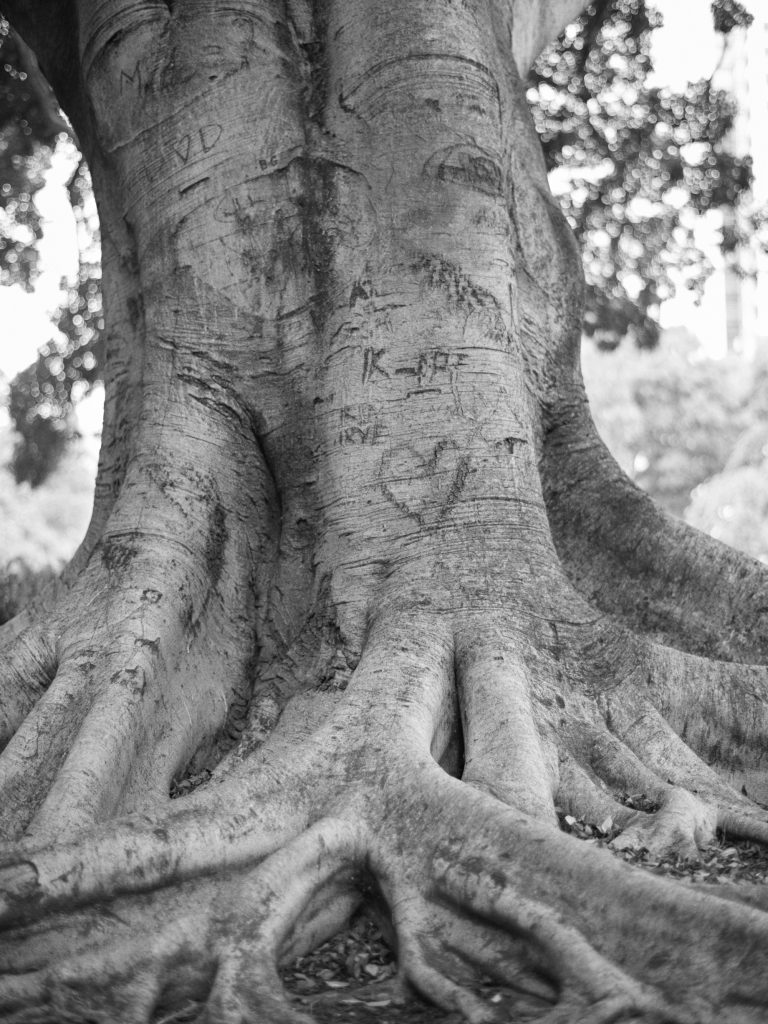 I woke up in a Soho doorway,

a policeman knew my name.

He said, ‘You can go sleep at home tonight

if you can get up and walk away…’

—Pete Townshend, ‘Who Are You’

Imagine waking today from a modest Rip Van Winkle sleep, having dozed off in, say, 2016, just before the US presidential elections of that year. I guess Trump’s win and his ensuing train wreck of a one-term presidency would top the list of mind-boggles you’d have to recover from, but after you’d rubbed your eyes, taken your hangover cure and convinced yourself you actually had awakened, you’d still have a long-running pandemic to stop staring at like a tourist. COVID-19 might sound like the name of a boy-band that came and went while you were away with the fairies, but its reality would take some getting used to, as we’ve all experienced across the past twenty months or so.

A testing time! Do we, who’ve stayed awake throughout, feel any less wrong-footed by events than would our hypothetical sleeper? I doubt it. So many of the marks by which modern life takes its bearings—jobs, incomes, vocations, pastimes, the simple pleasures of free movement, the common rituals of conviviality—have for most of us been either brutally shuffled or utterly effaced. Where was I…?

Most of the external reference points by which we gauge or display personal identity don’t serve as they used to. In serial lockdowns, we find ourselves thrown back on private psychological resources, in-house and inward, to maintain our sense of connection with a world that has increasingly retreated behind the screens of televisions, computers and handheld devices. My own teaching has evolved into an internet-mediated Zoom-affair. Some participants are old friends I used to meet with in city conference rooms for sessions we now think of, wistfully, as ‘face-to-face’. Their faces share my screen with those of others who’ve joined us since the COVID advent, most of whom I’ve never met in person. A few did emerge into full three-dimensional reality during one of Melbourne’s brief lockdown lulls, at the launch of my latest book, and the experience was startling. What caught me by surprise was how quickly I’d lost touch with all the nuances of whole-body presence that, once upon a time (was it really only twenty months ago?), we routinely read and responded to in any of scores of encounters on any given day, from the most personal to the most perfunctory.

Are we, under artificially accelerated circumstances, acquiring new faculties adapted to new regimes of interaction, or merely losing touch with the old ones and floundering our way into whatever brave new world awaits? Across almost sixty-five years, I’ve lived through a welter of successive revolutions in communications technologies. In the black-and-white movies broadcast on daytime television during my childhood, ‘phones’ were wooden boxes fixed to walls with trumpet-shaped mouth- and earpieces. Like old Model-T Fords, some had to be cranked with a kind of well-sweep windlass before they worked. To us they looked quaintly antique against their next-generation successors in our houses, which integrated speaker and microphone into a coolly streamlined handset—though still tethered to a bulky box by a perpetually tangled coil of flex. But you could carry the whole machine from one table to another. In the same room, at least. Remember rotary dials? Or how you could fiddle with the flex during a long conversation? (It didn’t always tangle itself.)

I’m not indulging in simple nostalgia here. For those of us who used such devices, the muscle memory they wove in our coordination of fingers, hands and arms is a deep well now, seldom visited but never forgotten, and reeking of pure time, as profoundly and intimately as a lost tooth or a bypass-surgery scar. It reaches deep into the psychosomatic constitution of our innermost being in the stretches of space and time we commonly agree on as ‘reality’. Finding ourselves boxed into a participant’s window in a Zoom or Microsoft Teams meeting radically unmoors us from all the conventional reciprocities of give and take between embodied self and embodied self we’ve been accustomed to for nearly all our lives. We can stare directly into the face of a relative stranger, who cannot sense our directness of gaze, which in former times would have constituted an uncomfortable faux pas. All the hitherto ‘normal’ protocols that governed the social exchange of looks have been put on hold. In effect we interact with simulacra of one another, which afford only thin ghosts of the personal presence such encounters in a shared physical space would entail. So are we ‘there’ or aren’t we? Can we be truly present to one another in such technically mediated encounters?

Separated family, friends or lovers who possess an intimate sense of one another’s physical presence, however attenuated by time and distance, can reconstruct such embodied memories with all the power of imagination they can bring to bear. In those long, flex-twisting phone conversations, or in written correspondence (once upon a time, at least), where a known hand joins up with lived memory to conjure a convincingly whole presence from a bunch of squiggles on paper, or even in a present-day video chat among established friends, a thousand remembered details of shared presence in real space and time fly to our assistance, allowing us a taste perhaps of what used to be called the ‘communion of the saints’, the touch of pure consciousness unmediated by bodily fixities.

But the Skype, Zoom or Teams equivalent of such communion cannot on its own embody that touch of the real. Hence the cognitive jar (not necessarily unpleasant) of finally meeting someone face-to-face whom you’ve got to know solely through digital interfaces. This is an increasingly common experience, one I suspect we will be negotiating for some years to come, depending on how we cope with the COVID-challenge that has brought us to this juncture in the first place. Purely in terms of human psychology, this sudden turn raises large questions, but our pressing need for meaningful presence, driven by the pandemic’s swift erosion of all the social coastlines where we once gathered and mingled as a matter of course, has massively complicated the picture. It compels us to surrender large portions of our social transactions to the endlessly proliferating and ramifying hydra of social media and the capitalist end-game that animates them.

Do I really need to observe that such surrenders have been the dominant feature of the landscape of capital and technology during the digital age? AI research has plunged into the business of modelling human behaviours that can be anticipated or mimicked by machine systems. Thus the algorithms that power the selections (and advertising streams) of a TikTok feed, the bots that handle call-centre traffic in every sort of commercial or professional enterprise, or the facial-recognition technologies that facilitate both airport security systems and the enhanced surveillance capabilities of authoritarian governments. In all these spheres (and many more), operations previously conducted by human agents have been outsourced. The realms ceded to increasingly subtle machine logic and automation grow more numerous practically by the hour.

From one vantage, at least, our increased resort to remote connection and interaction is simply a response to a material necessity imposed by COVID-19. If certain commercial interests happen to be well placed to render assistance and turn a modest profit in the process, isn’t that just the win-win of old Adam Smith’s invisible hand doing its thing? Surely you’d have to be sour-faced indeed to suggest it might be finger-painting ‘mene, mene, tekel, upharsin’ on the wall above Belshazzar’s feast instead?

Perhaps. But the whole culture of digital start-ups has embodied just about every pathology of venture capitalism ever identified. The lure of easy money and the quick kill, in a culture of ends-driven, amoral opportunism, is difficult to resist. Sure, the social platforms (the successful ones, at any rate) will be raking it in hand over fist right now. And not entirely without reason: the availability of Zoom and its competitors enables all sorts of connection to happen as the more usual person-to-person modes fall under various lockdown interdicts. But the social media have, literally, a captive market, whose relatively inelastic demand can be pumped vigorously. Invoke Naomi Klein’s notion of ‘disaster capitalism’ and you can see at once how different interests (with widely varying agendas) have leveraged the current pandemic to their advantage, whether it be the big pharmaceutical interests or other tech megalosaurs.

None of this registers very much with polite middle-class populations in the developed world, most of whom command resources that insulate them, to one degree or another, from the more drastic downsides of the current state of play. In the meantime, reactionary factions in various quarters of the globe exploit a febrile media environment, on hair-trigger alert for any sensation that might grab more clicks and views, to exacerbate a steepening slide into authoritarian excess. I’m not going to blame Zoom or its competitors for right-wing hooliganism per se. I merely want to recommend the wisdom of a broad watchfulness, and of cultivating modes of communication and association that don’t depend wholly on cyber-resources vulnerable to interference by bad-faith players. Remember how we used to do it, for one thing: especially as new generations emerge with no direct memory of a world before the fall of the Twin Towers, before the internet, or before the onset of modern pandemic culture.

In 1978, Pete Townshend’s bleary-eyed cuss in ‘Who Are You’ was shoving a toxically self-disgusted rhetorical question into his own face, a rock-and-roll Hamlet’s ‘who the fuck am I?’ Not a bad move, on the brink of the me-centred ’80s. But in 2021 I reckon we need to be asking the same question much more broadly, of the whole panoply of occult agencies that present as the modern human’s helpful cyber-fairies. Oh really? Who are you?