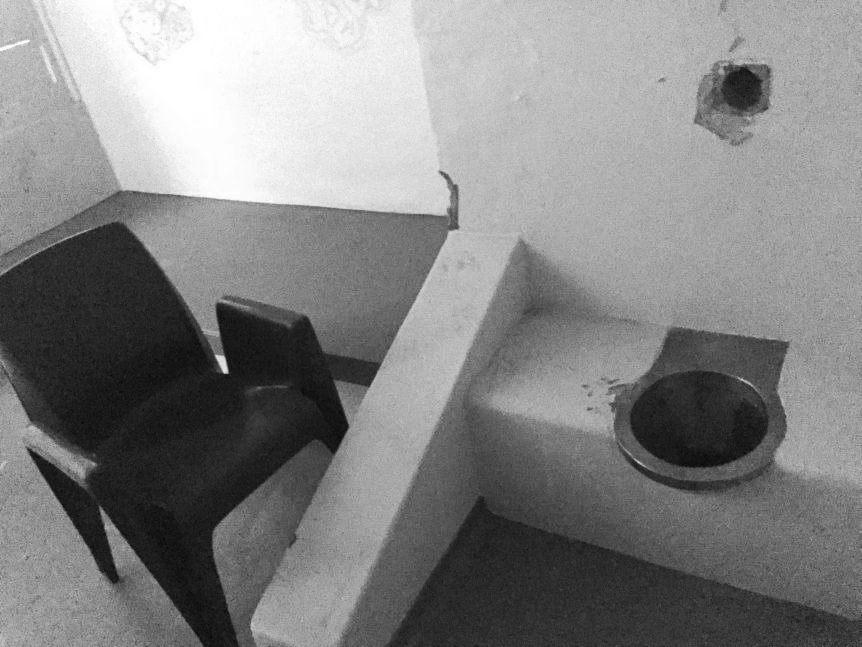 In July 2016, when ABC’s Four Corners program screened footage of Aboriginal children being tortured, segregated, abused and tear gassed in Don Dale youth detention centre, a target was put on the back of the Country Liberal Party (CLP). Even though some of the practices occurred when Territory Labor was in government between 2012 and 2016, NT Chief Minister Adam Giles claimed that the ABC had set out to damage the CLP in the lead-up to the August 2016 election. Territory Labor condemned the torture at Don Dale at the Garma Festival prior to the election. The opposition leader at the time, Michael Gunner, apologised for the role of the Labor government in the mistreatment of children in detention and made a commitment to ‘fix this terrible situation’ because ‘no matter what these kids have done, nobody deserves to be treated like this’. What followed was an eighteen-month Royal Commission into the detention and protection of children in the Northern Territory and the demise of the Giles CLP government.

In August 2016, Territory Labor was elected as the NT government in a landslide. It made some immediate changes to youth detention practices, including banning the use of spit hoods and restraint chairs. However, the government held off making any substantive changes to youth detention while it awaited the outcome of the Royal Commission. Yet the Royal Commission was constrained in its capacity to scrutinise evidence by virtue of the NT government’s adversarial stance against detained Aboriginal children and in defence of the practices and decisions of guards and detention managers.

In November 2017 the commission handed it down its final report, which found ‘systemic and shocking failures’ in youth detention and child protection systems over many years that were condoned ‘at the highest levels’. Some of its key recommendations were to:

In March 2018 the NT government responded to the recommendations, stating that it supported them all ‘in principle’. Chief Minister Gunner described the final report’s findings as a ‘stain on the NT’s reputation’. Yet, almost three years after the report, the majority of recommendations have not been implemented, have been set aside (e.g. raise the age) or have been directly flouted. Children continue to be locked up in Don Dale, a former adult prison (the new centre is not expected to open until 2022), placed in segregation units, and subject to force, restraints, strip searches and surveillance in showers. Aboriginal children in detention continue to make up approximately 100 per cent of young people inside. In 2018, tear gas was used to control young people in detention. The NT government defended the use of gas by the Police Territory Response Group, stating that it did ‘a wonderful job’.

In 2019, the NT government amended the Youth Justice Act 2005 (NT) to broaden guards’ powers to use force against, restrain, strip and segregate children in youth detention. These laws applied retrospectively to protect staff against legal action for past abuses of powers. The responsible minister, Dale Wakefield, told parliament that retrospectivity prevented lawyers pursuing ‘technical arguments about breaches of laws’ and ensured that the ‘law will back [the] actions’ of detention staff. In another statement she maintained that the youth justice reforms were about ‘backing our frontline staff to make sure they have clear ability to make decisions under difficult circumstances’.

There have been some accountability measures and diversion strategies to manage the rising detention population that spiked in the years following the NT Intervention and the lack of safeguards. Reforms to bail legislation have sought to increase rights to bail and enhance bail options. This has resulted in a decline in the detention population. However, this decrease has been accompanied by a commensurate increase in the number of children in Darwin’s bail accommodation. The bail accommodation is adjacent to Don Dale detention centre and is former ‘child protection’ housing that was the site of abuse examined by the Royal Commission; resident children are made to wear electronic monitoring devices. Moreover, the NT government enacted the Monitoring of Places of Detention (Optional Protocol to the Convention Against Torture) Act 2018 (NT) to increase scrutiny of detention centres. This is yet to result in the establishment of the consultation processes with Aboriginal communities that are necessary for its effective implementation.

In the wake of the Royal Commission’s final report, the first act of the NT government was to deploy the Tactical Response Group, armed with military-grade assault weapons, to combat youth crime in Alice Springs and Darwin. Harmful police practices ensued in the following years. Evidence emerged in a parliamentary inquiry that children were being arrested while asleep in their homes. In October 2019, Strike Force Orion was established to tackle youth property crime. Recently, in June 2020, the NT government introduced a youth justice policy to impose ‘immediate consequences’ for young repeat offenders, expand police in schools, and toughen bail and monitoring conditions. Lawyers claim that police are ‘overloading’ Aboriginal children with charges to ensure they are locked up. These policing practices have the distinct effect of criminalising Aboriginal children.

What we can expect

The election of the Territory Labor government in August 2020 is likely to increase the number of Aboriginal children in the justice system. Tough policing was a feature of Territory Labor’s policy platform for the election. In the lead-up, Territory Labor proudly cited record levels of policing and police funding under its administration. This commitment to law and order in a society that has deep roots in discriminatory justice practices—overtly legitimated under the NT Intervention in 2007—signals another four years of the state’s punitive management of Aboriginal children. It will be necessary to look beyond Labor’s policy stance to imagine how Aboriginal children can be decarcerated in the Territory. A wealth of evidence by Aboriginal experts was presented to the NT Royal Commission, including by Aboriginal young people themselves and their families, on alternatives to custody. Aboriginal health and legal services have identified measures to keep Aboriginal children on Country. Aboriginal communities and organisations conveyed, in over 120 consultations conducted as part of the NT Aboriginal Justice Agreement in 2019, the need for community-owned and community-based diversion options, extending and recognising the role of local Aboriginal law and justice groups and empowering local decision-making on justice issues in Aboriginal communities. It is insanity to expect that another term of Labor will yield different results for youth justice. But it is possible that greater Aboriginal self-determination and strengths-based approaches to Aboriginal families and children will displace the incarceration paradigm and the harm it has inflicted on Aboriginal children.

Thalia Anthony is Professor of Law at the University of Technology Sydney.

Australia has a deeply flawed culture on human rights. No law no enforceable commitment to basic rights . This allows selected groups to be brutalised.
The incarceration and denial of liberty of First Nations people and people seeking asylum is condoned by a population who have allowed themselves to be groomed by a political cultural and media silence.

Like “The Ones who Walked Away from Omelas” Ursula Le Guins book
too few have challenged the ugly side of the easy country to change.
Thankyou for challenging and reporting what breaks our hearts.