What Lies Beneath: The Russia–Ukraine War 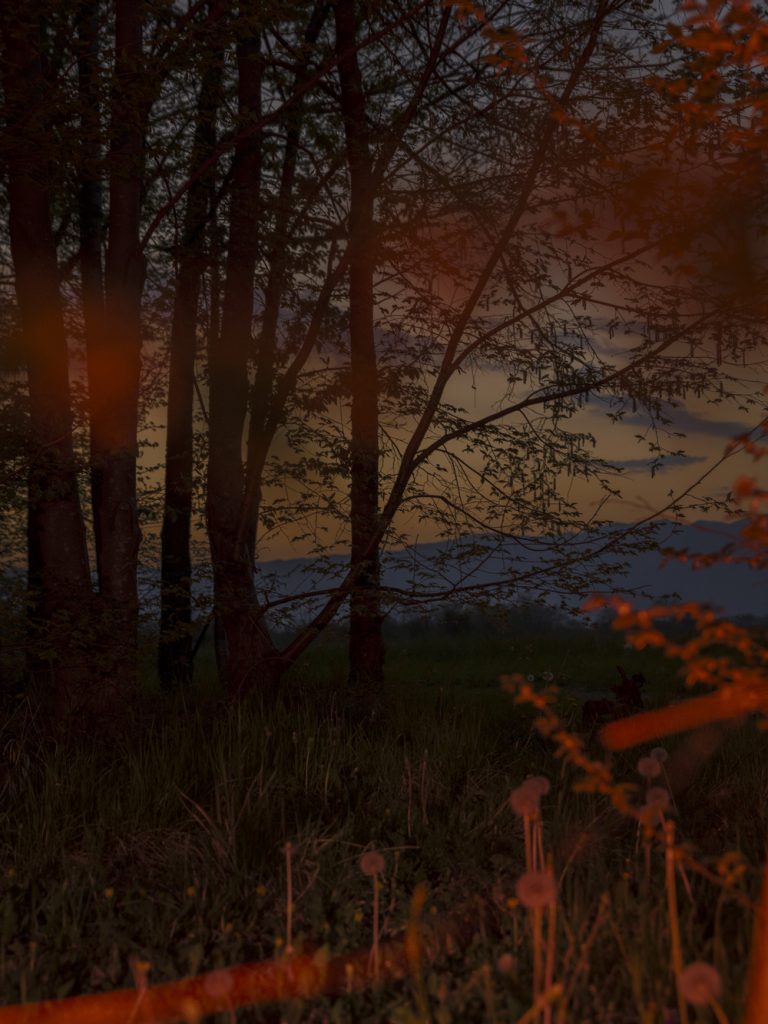 The shock of a major war emerging in Europe has transfixed observers for the last month. Far larger than the war associated with the breakup of Yugoslavia, it has real potential to break out in various directions. This is because in stages the Western and Eastern European states bordering Ukraine have joined NATO, which, taken together can be reasonably read as a threat to Russia—unless a completely naive view of power is accepted (a view promoted but not practised by the United States) in which NATO is viewed as no more than a defensive institution.

As one insightful conservative commentator—John Mearsheimer—has noted, the Ukraine and surrounding territories sit at the centre of the most bloodied lands in the Second World War. He argues that the associated political movements of that period are now coming back to life. These lands were not only the site of massacres on an inhuman scale but also of guerrilla-type fighting machines that continued to wreak havoc long after people in the West thought the Second World War had ended. Certainly the Ukrainian Insurgent Army fought the Bolsheviks up until the middle of the 1950s, and they had a history of cooperation at various times with the Nazis in anti-Semitic campaigns, and then racist ethnic-cleansing campaigns, in the regions that include Poland, long after the Nazis were defeated.

Are these movements in fact coming back to life? Some fascist figures have emerged in some of the recent political eruptions in Ukraine, so this argument should not be ruled out simply because Putin has used it to justify his attacks, making various claims about Ukrainian fascist organisations. Simplistic, black and white judgements are dominant right now, but there is good reason to think that this war may turn out to be much more than a struggle over a lily-white democratic versus autocratic principle.

How is it possible to see this development in larger terms that throw new light on these dangerous and devastating events? It is only one year since the tumultuous US election that replaced Donald Trump with Joe Biden. Trump was replaced but certainly the seething underlying discontent that gave him strong support continues in the United States. Biden is helpless before its unravelling logic. It is only two years since the United Kingdom enacted its shock decision to withdraw from the European Union. This was a choice in many ways similar to the Trump development in the United States, where, crudely put, people on the ground expressed their discontent with the directions that social development guided by government was leading. A massive divide was emerging, especially between those in the regions and those in global cities. This was, and is, not just a matter of unequal access. Much more importantly, it is about a cultural difference between two ways of life: between those who work with the new technologies and those who, step by step, are being displaced by them—those on the opposing sides of the 80/20 social divide of the emerging high-tech world and the radically different ways of taking hold of nature that division embodies.

The institutional carrier of this cultural transformation has been globalisation—not simply as economic institution but, more generally, as a combination of forces shaping an epochal social transformation. Largely through the development and action of science and technological development, the techno-sciences of the twentieth century have acted to dismember nature and simultaneously undermine locality-based community and its long-established institutions. While the ramifications of this are profound, in the short-term, at a practical, experiential level, they remain difficult to clarify, causing unease and disturbance, only leading to more obvious disruptions when a trigger point is reached. It is also becoming clearer that, standing at the centre of the seduction of commodity consumption today, contemporary globalisation propels the world towards climate and environmental disaster.

There is much to be said about the more abstract ways of living that typify this transforming world, but the short of it is that wherever one turns there are emergent social divisions fuelling growing tensions. The general effect on society is institutional decay. Our older institutions had a more grounded social basis and they cannot adjust to the rapid transformation typified by this revolution. Political and legal institutions are being emptied out, becoming more and more formal, more distant, and increasingly corrupted. Work begins to lose those substantive relations with others that are so important for meaning. Community is further broken up by endless movement; by relations increasingly composed around the fleeting other. Families, so crucially in need of continuity over time, encounter increasing difficulty establishing stable reference points and come under enormous pressure.

Institutional decay most definitely lies at the heart of Russia and its state. A case could be made that Vladimir Putin has come to represent a transitional category: the warlord who retains the remnants of a state in decline, mining a past he can’t truly represent in order to legitimise his campaigns. However, if he is promoted only as a focus of fear in the West, this will miss the major point: states and societies everywhere are moving towards a degraded status, and this is a great risk. Some put their trust in the capacity of the United States to defend us and provide security, but the institutions of that society, the true source of security, have been largely dismembered. If Putin can be viewed as a warlord, we should also see most states and their leaders in those terms.

In recent comments on the situation in Hungary in the context of the Ukraine–Russia war, Frank Furedi highlights some similar on-the-ground features in that country. He finds that in Hungary, close to the border of the warring parties, social divisions have emerged that mirror those of the Brexit campaign: a division between supporters of the EU and those who are disaffected with the culture the EU carries. In  recent days, the parties in Hungary oriented towards the EU (and as such globalisation) have lost out to the right-wing Victor Orban. You don’t have to be an Orban supporter to see the principles at work here. ‘Development’ and ‘progress’ are regarded with growing ambivalence by significant sections of the society; they lie at the centre of a dis-organising social principle that is dividing societies around the world.

Of the many threats that compose our present reality none surpass that of nuclear technology. Of all the technologies that typify contemporary development, it is the centerpiece of contemporary technoscientific development and the form of society that development promotes. Today it is our greatest threat. This is not only because Putin has implied the possibility of deploying nuclear weapons against NATO—an unforgiveable threat for any leader—it is also because across Russia, Ukraine and Europe in general nuclear power stations are operating and storing wastes. Apart from nuclear war, these wastes are the most dangerous sources of potential large-scale radiation events. Always a scandal concealed in the silence of our political leaders, nuclear wastes have been gathering for two generations on the sites of a growing number of nuclear power stations. With no solution for safe storage, the now emerging dangers of social disintegration, and the real prospect of guerilla warfare spreading from one region to another, who is going to provide security against the threat posed by the large number of waste storage sites across Europe?

Always an example of how the West (and the world) has been unable to come to terms with the unmanageable nature of nuclear technology, and adopting instead solutions that are irresponsible in the best of circumstances, we now face the consequence of leadership that is more committed to unsustainable developmental progress than a moral concern for the lives of ordinary citizens or the habitability of the planet.

The conflict in Ukraine encompasses the worst possibilities of what Western notions of development have brought to the peoples of the world. These may not turn into realities but all the triggers are there. No doubt it will be the ‘barbarians’ who will be blamed if they do materialise, but who are the real barbarians here?

Friends You Can’t Depend On

If the United States, United Kingdom and Russia risk nuclear war over Ukraine and a gas pipeline, that is bad enough; for Australia to join this insanity is worse.

Great article, John. I might add that globalisation as a tranformative process leading to a state of global civilisation requires a completely new model of governance that integrates the local with the global through a number of intermediate governing institutions such a regional, state and national governments. Such a transformation would ultimately offer a system that accommodates regional cultural aspirations while providing tensions of cultural or regional activity through a common legislative framework. The relevance of this might be exemplified by prohibiting cultural practices such as child marriages, ‘gang-rape’ or murder punishments of women, violence as conflict resolution modality, genital mutilation, while rewarding peaceful conflict resolution at all levels of community (even in the west, legal institutions fail to establish accessible local community conflict resolution apparatus defaulting to an individualistic capitalist approach in which individuals isolate themselves from the challenges of otherwise self-centred inconsiderate neighbours – a positive feedback loop that many arefinding increasingly unworkable i.e inclining towards conflict) The challenge is that the institutions of the world are having to move from the very outworn models of the colonial and industrial era to, shall I offer, the quantum age (with all that implies for artificial intelligence, and off planet, even galactic, travel. Refusing to accept peaceful means, the 19th C capitalists and colonialists held a position that lead to WWI. That destruction caused huge transformations in economic and political structures without creating adequate international institutions. The prevailing dominance model of the capitalist-colonialists then lead to WWII and another transformation especially in international cooperation and institution. While it is clear to me where we are going, it is not clear that we will get there without the need for harsh conflict and great losses to disabuse us both in the community and in the political corridors, that ever more robust international governance is required. I believe it will take still many, hopefully ever lesser, disruptions to create the appropriate governance structure. I presume this will be fundamentally democratic, certainly with a larger emphasis on personal participation in local governance while also establishing a commonwealth of all nations with an elected planetary government and relevant legislative powers to mediate the relationships between nations with an attention on justice and equity. For this to happen both the body politic and the national powers will need to move to a mindset less nationalist to a more broad consideration of the local and regional communities within a nation, and the lot of all people of the world and the equity of all nations and peoples. Such giving up of outworn shibboleths that is required for this transformation, seems only to come with massive trauma to the national psyche, yet which trauma will offer the opportunity for a new generation of political and community leaders to be encouraged by the obvious desire of the great majority of people to socialise across the cultures, take on quality of life enhancing technologies, a quality of life that also begs for a transformation of economic structures.