Weaponising Human Rights: Can the Magnitsky Act deny due process? 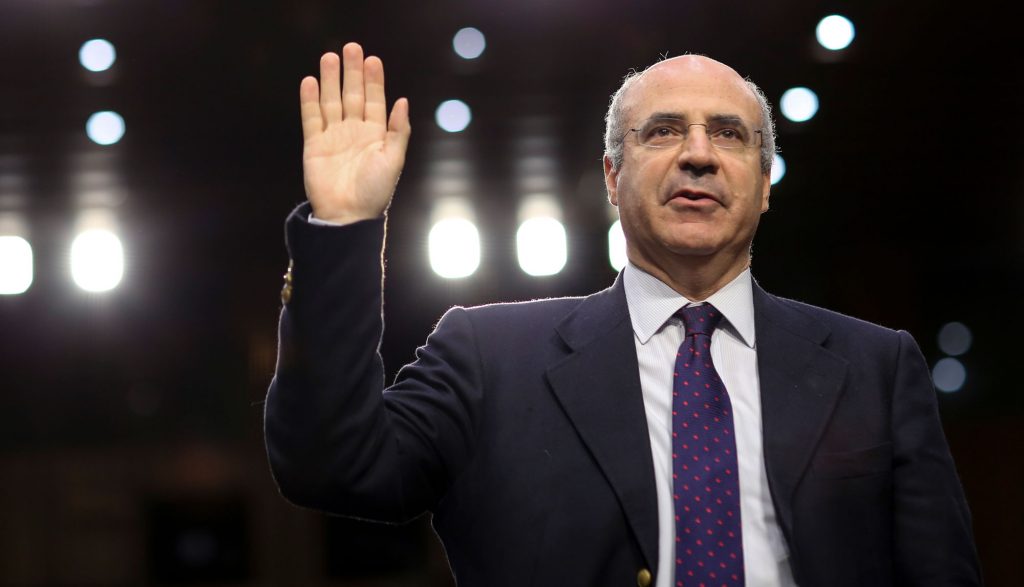 William Browder at US senate hearing (screenshot from video)

The Australian parliament seems about to approve a ‘human rights’ law that would establish the ability to exert arbitrary state power over individuals in other countries who have been accused of human rights violations. Ironically, this law gives the accused no day in court, and no chance to see charges or evidence, confront accusers, present a defence or have a ruling made by an authority other than the prosecution.

The law is called a Magnitsky Act. Kimberley Kitching, a Labor senator from Victoria, has given notice that she will introduce the bill in December. If it’s like the other Magnitsky Acts introduced in half a dozen countries, including the United States and the United Kingdom, it will itself violate human rights when it is weaponised to target international adversaries. How did Australia come to consider a law that violates human rights? And how does it weaponise ‘human rights’ to target international adversaries? How come it isn’t being critically questioned by the media? How come it enjoys bipartisan support? Here is the backstory Australians don’t know. I call it the Browder Hoax.

In 1998 William Browder, an American investor, gave up his passport to become British, which put him on the US Internal Revenue Service list of ‘tax expatriates’, as the United Kingdom, unlike the United States, doesn’t tax profits on offshore holdings. This was convenient because from the mid-1990s he invested in Russian shares, becoming, he says, the largest foreign holder of Russian stocks. The shares were moved offshore to tax-free British Virgin Island shells.

In a 2007 scam involving collusive lawsuits (‘You cheated me, you must pay’; ‘Yes, I agree, I will pay’), Browder’s shell companies claimed to the Russian Treasury that they had to pay out all their 2006 profits and requested refunds of all taxes paid in 2006: $230 million. This was known as the tax-refund fraud.

Browder would then claim that the shells were stolen by an unrelated criminal operation, but evidence raises questions about that. His trustee, HSBC (as confirmed by the HSBC comptroller in US federal court), said in July 2007 that it needed $7 million for legal fees to recover stolen companies, but Browder wrote in his book he didn’t know that they were stolen till October of that year.

Browder declares that his ‘lawyer’ Sergei Magnitsky, hired in 2007 (and really his accountant since 1997), discovered the scam and was jailed because of it, and then beaten to death when he wouldn’t recant. However, Browder never provided evidence of this, and neither do Magnitsky’s pre-arrest testimonies, which list him as an auditor. In fact, the scam was first revealed in April 2008 by a Russian, Rimma Starova, the figurehead director of a shell company that took over the companies, and reported in July by the New York Times and the Russian paper Vedomosti. Magnitsky didn’t allude to it in testimony until October.

Magnitsky was named as a fraud collaborator by the scam’s operative, Viktor Markelov, in the Russian trial that sent Markelov to prison.

In fact, the whole Magnitsky hoax was invented two years after the accountant’s 2009 death (due to terrible prison medical care) when Browder needed to block the Russians from using Interpol to arrest him and return him for trial over $100,000 in tax evasion (he falsely claimed that he hired the disabled and invested locally) and illicit stock buys of Gazprom, the energy conglomerate whose share sales in Russia were then restricted to Russian citizens (he used cut-out companies with nominee owners). Browder admitted the ‘disabled’ ruse in his US court deposition.

Browder’s public statements to Chatham House, London, and University of San Diego Law School in the two years after Magnitsky’s death said nothing about his being beaten. Browder invented the story that Magnitsky was beaten to death by eight riot guards to promote the Magnitsky Act in the United States to block the Russians’ tax-evasion pursuit. The Physicians for Human Rights in Cambridge, Massachusetts, to whom he gave all his evidence, contradicts the beating claim, but the ‘attack’ is nevertheless cited in the US law.

Thus the 2012 US ‘Magnitsky Act’, formally known as the Russia and Moldova Jackson–Vanik Repeal and Sergei Magnitsky Rule of Law Accountability Act 2012, sanctioned dozens of Russians that Browder said, without evidence, were responsible for the death of his claimed ‘lawyer’—that is, his accountant, Magnitsky. They were low-level officials, tax investigators, court officers, and medical and prison staff. It was a stretch to say that investigators looking into tax evasion overseen by an accountant were responsible for his death in detention.

In fact, the European Court of Human Rights ruled last year that, ‘The Russians had good reason to arrest Sergei Magnitsky for Hermitage tax evasion’. It said: ‘The accusations were based on documentary evidence relating to the payment of taxes by those companies and statements by several disabled persons who had confessed to sham work for the two companies. One of them testified that he had been in contact with Mr Magnitskiy, had received money from him and had assisted him in finding other sham employees. He also said that Mr Magnitskiy had told him what to say if questioned by the authorities and had asked him to participate in a tax dispute as a witness’.

None of the targeted people were given a chance to answer the charges. When former Interior Ministry tax investigator Pavel Karpov brought a defamation case in London against Browder for accusing him of the murder of Magnitsky, the judge ruled that he didn’t have standing, because he didn’t have a UK reputation to defend. However, the judge said there was no justification for the charge. He said, ‘nothing in this judgment is intended to suggest that, if the Defendants were to continue to publish unjustified defamatory material about the Claimant, the Court would be powerless to act’. It was the only time any of the targets had anything close to due process in a court of law.

The US act was expanded to sanction human rights violators in any country of the world. Browder has had it passed in half a dozen countries, and is lobbying for an Australian version. Putting Magnitsky’s name on a law builds his wall against Russian justice. But the so-called  ‘human rights’ law has dangerous implications for the civil societies of democratic countries.

Michael McFaul, US ambassador to Russia from 2012 to 2014 and a friend of Browder’s, writes in his book From Cold War to Hot Peace that before the Magnitsky Act the United States had already put Russians on a sanctions list. ‘I was the one that ran that decision-making process in the government. And we did that. And we don’t need the Magnitsky Act to deny people visas to come to the United States of America.’ But, he said, Browder wanted a more public action: ‘He said that wasn’t good enough—we needed to do this publicly’—with Magnitsky’s name on the bill. McFaul went on:

‘Bill and I had a philosophical disagreement. I did not believe that the U.S. government should be able to seize individuals’ private property without due process. They should have the right to defend themselves in a court of law. Bill disagreed. He vowed to push on with his campaign in Congress. I wished him luck’.

In fact, the Magnitsky Act is not about human rights, which might have made the due-process issue salient. It is the weaponisation of human rights not only to benefit Browder but to attack declared adversaries. The Magnitsky Acts are now added to an arsenal of sanctions that includes economic sanctions against a country for ‘crimes’ attributed to their governments, though the crimes are not adjudicated by any international tribunals, which would provide due process. Though the Magnitsky Act was devised by Browder to attack Russia, Australian parliamentarians appear to be aiming it at China, which follows the United States’ escalating campaign against that nation. Most of the 160 witness statements filed with the foreign affairs subcommittee considering the law came from invited witnesses attacking Beijing. Browder was one of a handful invited to give live testimony. Critics of the bill were not. Later, former senior diplomat Tony Kevin was given a chance to oppose the law in a statement and a hearing. In fact, the Australian parliament did its best to prevent critics of the proposed law from expressing their views even in print. I filed an extensive comment exposing Browder’s falsehoods that was largely redacted, with links to documents blocked.

After I responded to a direct attack on me by Browder, the subcommittee refused to post my response.

One must be careful about the models one constructs. This law is aimed only at people in other countries, since Australian law guarantees due process to anyone charged in Australia. How can Australia claim jurisdiction over crimes in other countries? Would it accept other countries claiming jurisdiction over crimes alleged in Australia? This law would deprive people charged in other countries of rights enjoyed in Australia. That challenges Australia’s claims to be a country that honours the rule of law. In effect, the proposed law is not aimed at people because they are human rights violators (such as some police in the United States or France) but because they are political enemies (officials in Russia and Iran). This damages the legitimate worldwide human rights movement by allowing targeted governments to dismiss charges as politically motivated. And in many cases, they would be right.

Beyond that, there may be another harmful effect. Authoritarian right-wing political movements are growing in the world. Imagine what any of their governments could do with a Star Chamber law bereft of due process that accuses and punishes political targets. They could say that they are just copying the West. The precedent is poor. Back in 2001, George W. Bush’s government pushed the UN General Assembly to adopt a resolution requiring all member states to pass anti-terror laws, and this rapidly became an open invitation for various regimes to bring in oppressive laws, with far-reaching consequences. The Magnitsky Act risks giving more tools to authoritarian regimes.

For more about the Browder hoax, see the 100Reporters investigative website.

Lucy Komisar is an investigative journalist who writes about the secret underbelly of the global financial system — offshore banking and corporate secrecy — and its links to corporate crime; tax evasion by the corporations and the very rich; empowerment of dictators and oligarchs; bribery and corruption; drug and arms trafficking; and terrorism. She was the winner in 2010 of the Gerald Loeb, National Press Club, Sigma Delta Chi, and National Headliner awards in the United States for her exposé of Ponzi-schemer Allen Stanford, which was printed by the Miami Herald. The Loeb award is America’s the United States’ most prestigious prize for financial journalism. @lucykomisar