We need to use less fossil gas rather than increase supply: demand-side answers for gas regulators 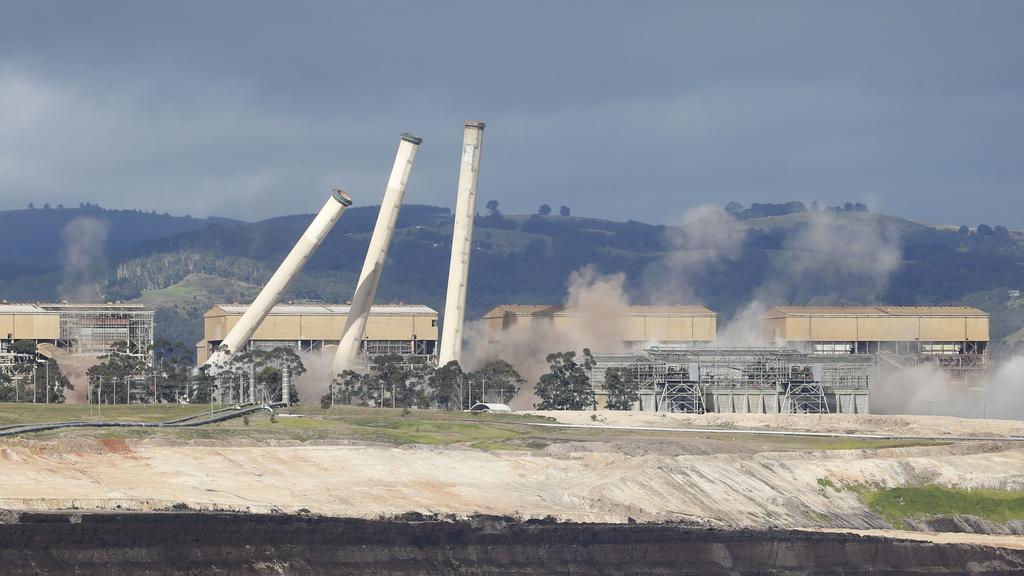 Gas-industry lobbyists are pushing hard for politicians and policy makers to open up more fossil gas supply. This push needs to be resisted strongly. As I’ve previously argued, fossil gas is way more polluting than the gas industry would have us believe. It is as dirty as coal, once methane emissions are taken into account. Moreover, it is outmoded and more expensive than renewable energy. Australia has feasible options for a rapid transition to renewables in order to meet and go beyond our Paris targets. Reducing gas use is critical to climate emergency planning.

After the state-based gas transmission and distribution systems were privatised in the 1990s, responsibility  shifted to national authorities. They have shown no interest in managing demand for fossil gas, in response to climate change or for any other reason. If anything, they have sought to expand the industry.

The Australian Energy Market Operator (AEMO) operates the system. AEMO’s 2020 Gas Statement of Opportunities is focused on markets, and supply solutions. The major sections in the report cover consumption forecasts, gas supply and infrastructure, supply–demand balance, increasing uncertainty, and the evolution of the gas industry. The report does not focus at all on the economic alternatives to fossil gas that are available today.

AEMO’s Victorian Gas Planning Report Updates focus heavily on augmenting supply, storage and transmission to avoid shortfalls, running to twenty-nine pages in 2018. The quantity of gas demanded each year receives much less discussion:  five to six pages in 2018. Economic opportunities to reduce fossil gas use are not investigated in the updates for 2018, 2019 or 2020.

The Australian Competition and Consumer Commission (ACCC) has also essentially ignored demand management. In 2015 it held one inquiry into the east coast gas market, and then in 2017 began another, which is continuing. The ACCC has identified many market failures, and has recommended many actions to the government about the gas market. All its focus is on the supply side, while no attention is given to the potential to reduce demand.

The AEMC sets the overarching rules for energy markets, following objectives set out in national law. The national energy objectives are broadly the same for gas and electricity. . The National Gas Objective is:

to promote efficient investment in, and efficient operation and use of, natural gas services for the long term interests of consumers of natural gas with respect to price, quality, safety, reliability and security of supply of natural gas.

The long-term interests of consumers are paramount. This is repeatedly emphasised by the AEMC in its 2019 document Applying the Energy Market Objectives. There is clearly scope to address demand management. The AEMC guidelines deserve close consideration. The AEMC also advises government on the implications of broader policy changes, including those relating to climate.

After many years of ignoring it, energy regulators are tuning into the possibilities of demand management for electricity. These same bodies regulate gas.

With electricity, the national regulators are playing catch-up given the rapid expansion of renewables and battery storage. Demand management is seen as a tool for regulators  having to manage centrally produced energy, battery and hydro storage, and distributed wind and solar energy sources.

As of 2020, wholesalers can buy electricity in five-minute units, which will prevent price gouging by fossil-fuel generators and allow renewables to be more competitive. In its 2020 Integrated System Plan, AEMO also expects demand to become increasingly controllable as battery storage and charging of electric vehicles come on stream. Behind-the-meter management will allow supply to be finely tuned to the needs of households. In its 2019 assessment of international energy systems, AEMO envisages that the demand side offers ‘huge potential to increase system flexibility’.

Coal use for electricity has been in the spotlight for many years, and has been the primary focus for the climate movement. Fossil gas has largely escaped scrutiny until recently, and its alternatives have received little attention. Pressure will mount on the regulators to act on the demand side for gas, instead of simply calling for expansion of supply.

There is mounting evidence of feasible steps that can reduce demand. Beyond Zero Emissions (BZE), ClimateWorks and most recently Environment Victoria have produced highly relevant reports. Government policy makers and regulators have no excuse for continuing to ignore demand-side management.

In its report for Environment Victoria, consultancy firm Northmore Gordon (2020) identifies measures that can reduce demand in Victoria by approximately 100 petajoules (PJ) or more over ten years. It criticises AEMO forecasts, which are for a much smaller reduction. Across key sectors and in a 10-year period, annual demand could fall by these amounts or more:

Residential demand is obviously the most critical. Key measures include replacing ageing ducted-gas space heating (48 PJ saving), using existing reverse-cycle air conditioners for winter heating as well as summer cooling (5-15 PJ saving), and using heat pumps instead of fossil gas for hot water (10 PJ saving). Improving building insulation also offers potential savings of over 10 PJ, though this saving is not strictly additional to the above savings.

The potential for gas savings is reinforced by research conducted by BZE in its 2013 Buildings Plan and its 2020 Million Jobs Plan. The latter proposes 500,000 deep energy retrofits for homes each year for five years; 12,000 people alone would be employed replacing gas heating equipment with electrical alternatives, while 50,000 would be employed in improving the thermal efficiency of dwellings. Each renovation would cost $25,000 on average and would be paid off under Managed Energy Services Agreements. Such agreements are increasingly common for businesses, but they require government backing.

These proposals make sense for the household when over a lifetime the costs of using renewable energy are lower than for fossil gas. Key barriers are the capital cost, the effort required to search out the best solutions, and lack of preparedness ahead of gas appliances breaking down.

Community groups are leading the way in providing information to households about reducing fossil gas consumption. They include the My Efficient Electric Home Facebook group, RENEW, the Australian Energy Foundation, Environment Victoria and many more.

Peak demand is not an issue. During very cold days and nights in winter, gas demand peaks in the southern states and the ACT as households and businesses turn on their gas-run space heaters.

Peak demand for gas is only on some days, in some seasons, and in some regions. These peak periods are manageable with a concerted focus on reducing demand and providing alternatives to fossil gas.

During scorching summer days and nights, air conditioners drain electricity from the system. Gas-powered generators have been used to fill some of the gap. However, this is totally unnecessary. Hydro power and batteries can meet this need, along with behind-the-meter demand management. Moreover, as Ross Garnaut points out, gas companies have profited enormously, with the price of gas at peak times setting the price for all electricity.

Gas is managed in fundamentally different ways to coal, being delivered to millions of households and businesses, where it is used on-site to produce energy. The regulators may well argue that the demand-related instruments that they are beginning to apply to electricity markets are not relevant to gas, and that there are no other mechanisms within their powers.

If so, let the regulators argue for governments to act in other ways to reduce gas use. The Reserve Bank of Australia emphasises the need for governments to use fiscal policy to address Australia’s economic situation (there are over 2000 search results on its website). The gas regulators can and should make a similar case publicly, and repeatedly. Whether or not the regulators can act to reduce gas use will then be open to scrutiny and possible challenge.

Finally, our aim should be to reduce overall energy use, whether gas or electricity, as rapidly as possible. The imperative to reduce greenhouse-gas emissions means that renewables will play a much bigger role if overall energy use is declining rather than increasing. From this perspective, we can question if the energy regulators are capable of stepping into this space. Perhaps even more changes should be on the table: rewriting the national energy laws, restructuring energy regulation, ending the fixation with solutions to market failure that repeatedly do not work, and even returning to nationalised energy systems.

Demand management is relatively cost-free, will be publicly acceptable and should be pursued with urgency. There are many measures that governments can take to get households and businesses off fossil gas. A gas-led recovery is a furphy. Fossil gas is not needed as a transition fuel. Fossil gas is not needed to meet peak demand, for either cooling in summer or space heating in winter.

The southern states do not need more fossil gas. Energy needs can be met with existing resources, if smart demand-side tools are employed. Corporations should not be allowed to build new infrastructure to explore, process, store and transport fossil gas. More exploration onshore or offshore is not necessary.

Corporate expenditure on fossil gas and, more importantly, support from governments are a diversion of funds. During and after the COVID-19 pandemic, all public and private resources should be mobilised around the many gaps in public infrastructure, education and other services that are being identified.

Jim Crosthwaite worked as an environmental economist in the Victorian Government for many years. After lecturing on the economics of climate change, concern about carbon offsetting ultimately led to co-founding Journeys for Climate Justice. Jim also teaches body awareness and stress relief to activists, based on Alexander Technique.