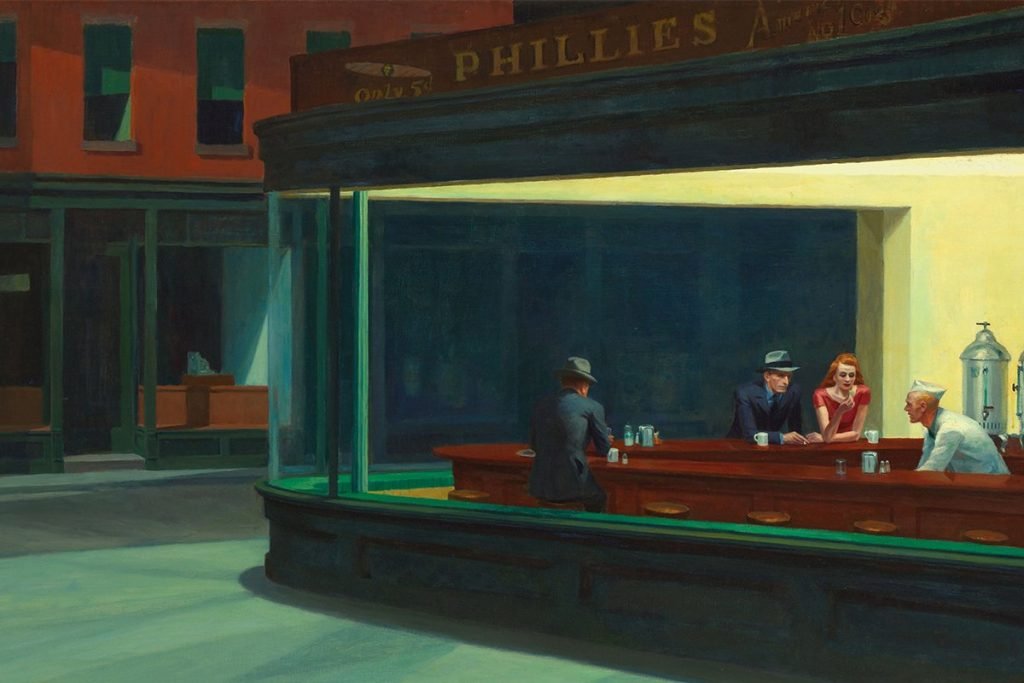 As South Australia emerged last weekend from three days of precautionary lockdown, the sense of relief was punctuated by an outpouring of rage at the security guard who—after lying to contact tracers about his pizza shop side hustle—sparked the false alarm. From the premier on down, South Australians were ‘fuming’ that the worker had misled health authorities who, believing he had been merely a drop-in customer, were forced to conclude that they might be dealing with an ultra-contagious mutation of the coronavirus.

On one hand, of course, the anger is understandable. The sudden lockdown saw the cancellation of all but the most essential activities and threw everyday lives into chaos. Shelves were emptied as angst and uncertainty descended over the state, and people retreated to their homes hoping the six-day ‘circuit-breaker’ would be enough to prevent a Victorian-style second wave.

But on the other hand, the focus on the personal failings of a casual worker has provided a useful cover for the institutional flaws that underlie the worst of the pandemic, both here and abroad. Even as Australians have come together, adjusting stoically to the sacrifices that have virtually stamped out the virus on our soil, the Morrison government is abusing that trust, making the pandemic into a pretext to enact its own narrow agenda. Using the urgency for economic relief as an excuse to steamroll dissent, Coalition ministers are enacting an  insidious power grab that threatens not only to undermine the solidarity that has tamed the virus but to replicate the regressive and divisive policies that have long proved so economically polarising—and lethal—in countries such as the United Kingdom and the United States.

The Australian response to the pandemic has—by world standards—been exemplary. The South Australian government was right to act ‘hard and fast’ last week, and though it might now seem an overreaction, the Victorian experience shows that twenty-odd cases can very quickly get out of hand. Yet while state governments rushed into action on the SA spike, we saw Scott Morrison—safely insulated from direct responsibility—trying to play it down, pleading with the states to keep their borders open and the economy moving. Similarly, at the peak of the Victorian outbreak, federal treasurer Josh Frydenberg was one of the loudest voices attempting to frame the spread as a series of personal failings rather than a symptom of the very ideology he means to extend.

The anger at Adelaide’s lying security guard may be justifiable on a level. But where is the anger at a situation where workers are so undervalued that—after a full shift on the front lines protecting the state from the worst pandemic in a century—that same guard feels obligated to work his evenings at a pizza oven? All the lockdowns in the world won’t stop a contagious virus from coming back again and again when workers are left in such an impossible bind.

That, six months on, the Adelaide breach could follow the same pattern as Melbourne’s—even after the Victorian inquiry recommended full-time, salaried guards at quarantine hotels—proves that the problem is structural. Lying guard or no lying guard, South Australians are simply lucky that the spread appears to have been halted before it entered a vulnerable facility like a meat works or an aged-care home, which in Victoria catastrophically increased community transmission.

It is worth pausing to ask: what do these weak points in pandemic control—hotel security, meatpacking, and aged care—have in common? The answer is obvious: underpaid, under-trained, undervalued and under-protected workers, all belonging to privatised, casualised industries where workers with few rights and fewer benefits are forced to choose between following the rules to a tee or putting tea on the table.

While COVID-19 has brought these stories into the spotlight, they are unsurprising to anyone who’s been forced to navigate the causal or gig economy over the past two decades. There are the stories of security guards whose shifts are changed via text message hours before they start. They are called into work across different sites, in different teams, with mixed messages about the importance of PPE, or the strictness of quarantine rules.

There are the stories of meatworkers crammed together on production lines and in break rooms where social distancing is impossible, too fearful to call in sick because they’ve run out of leave and they know they are replaceable.

Perhaps most tragically, there are the stories of carers piecing together shifts across multiple care homes because one job is not enough to pay the rent, and thus inadvertently spreading the virus from place to place. The contrast between unionised, state-run care homes—which largely weathered the crisis—and the disasters of the neoliberal-driven, privatised care homes only emphasises the pattern of structural failing.

These are just three examples of the broader story of casualisation that has become the ‘new normal’ for many of us, and that the Morrison government is intent on making the ‘COVID normal’ for even more. A neoliberal normal where everyone becomes a ‘free agent’—both the employers who divest themselves of responsibilities, like paying full-time wages and benefits, and the workers who thereby become a class of day labourers, working from week to week or even shift to shift. Across the country, a growing precariat of cleaners, delivery drivers, designers and university lecturers has long been under an increasing stress that the pandemic has only made more visible.

Yet not only do our leaders  remain wilfully blind to this suffering but also the federal response has been to increase insecurity, disguising the very disempowerment at the root of our worst outbreaks as a package of necessary ‘efficiencies’. With a double-thinkso blatant as to be either pure cynicism or unbridled ignorance, Treasurer Frydenberg—at the same time as he was ranting about the Victorian government’s response to Melbourne’s outbreak—was holding up Margaret Thatcher and Ronald Reagan as the beacons of our post-COVID recovery.

Thatcher and Reagan—with their myths of the individualistic entrepreneur and trickle-down economics —have long been idols to right-wing accountants, but Frydenberg’s invocation of them at this point reveals him as desperately out of touch. Like Attorney-General Christian Porter—who argued that casual workers didn’t need JobKeeper because ‘they get paid extra’ and would have ‘already made provisions’ for unexpected shutdowns—Frydenberg has proved he has little clue of what life is really like outside the coddled boardrooms of Australia’s CBDs. Porter’s advice might work for someone on a consultant’s fee, but for most casuals that extra $5 or so per hour is much too often drawn on for more pressing needs.

The ignorance of viewing casualised workers as flexible and ‘liberated’ is especially unforgivable because to see the logical conclusion of Thatcherism we need only to look at the United Kingdom today. The ‘nation of entrepreneurs’ lauded by Thatcher’s heirs in the Tory party is a nation of nominally self-employed gig workers floating between zero-hour contracts and an austerity-ravaged welfare state, presided over by an increasingly-distant financial elite. Across the pond in the United States, where there has never been much of a safety net, workers whose wages and living standards were stagnating even before the Global Financial Crisis are now dependent on share-economy side hustles as they dodge the ever-present threat of homelessness from month to month. It’s telling that, in both countries, economic inequality has increased exponentially since the days of Thatcher and Reagan, fomenting the fiercely polarised political sphere that led to both Brexit and Trump. And it is no coincidence that both countries have seen the highest COVID death counts in their respective hemispheres.

Despite our many cultural similarities with both the United Kingdom and the United States, Australians have always distinguished ourselves by our emphasis on ‘a fair go’ and were fortunate that, in the heady days of neoliberalism’s ascent in the 1980s, the Hawke government at least ensured that unions had a say in how the dividends of globalisation would be distributed. But from Howard onwards, the Liberals have done their best to dismantle that system, with increasing success. Now, with Frydenberg’s invocation of his ‘80s idols, the federal government has laid its cards on the table, showing the outright abandonment of even the pretence of fairness—Morrison’s dismal ‘a fair go to those who have a go’. Nevertheless, the urgency of the pandemic proves that its agenda is not simply unfair or exploitative—it is deadly. The United States and the United Kingdom—two of neoliberalism’s purest incarnations—have demonstrated its bankruptcy on every level, and it’s never been more important for us to chart a different path.

Milton Friedman—the intellectual godfather of both Reagan and Thatcher—got a lot of things wrong about the world. But in what will probably survive as his most famous observation, he was entirely on point: ‘Only a crisis—actual or perceived—produces real change’. COVID-19 has shown that our system is broken, and the answer can’t be more of the same bad medicine. We need to work together now to keep this virus under control. But just as importantly, we need to unite behind a new economic deal, so that we will remain secure from the suffering that the heirs of Thatcher and Reagan have wrought.

The government has baulked at a desperately needed and once-in-a-generation chance to structurally change the Australian economy to make it more sustainable, greener and fairer.

Josh Bergamin is an Italian-Australian philosopher and performance artist who has a PhD from Durham University. Normally based in Edinburgh, he has spent most of 2020 locked down on Nyeri Nyeri country in Victoria.