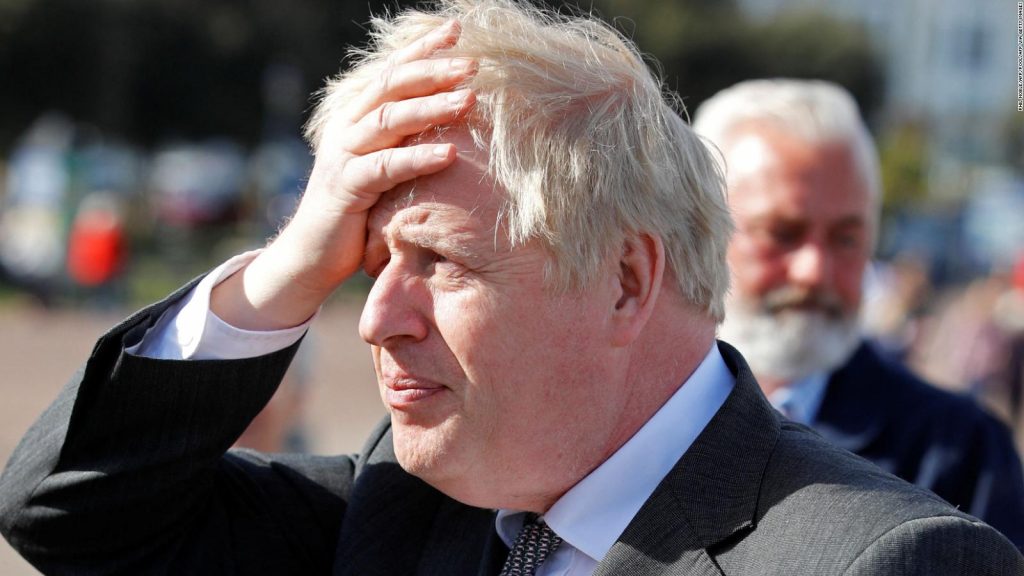 ‘Freedom Day’ appears to be backfiring magnificently on UK Prime Minister Boris Johnson—and in its failure much can be told of our era. Monday 19 July was announced by Johnson as the day when remaining COVID public prevention measures would be thrown off—everything open, no masks, no social distancing. Johnson, who has long identified with the assertive spirit of Manchester liberalism (and has had a sustained curious relationship with the one-time techno-libertarian Revolutionary Communist Party diaspora), was backing off the boldest claims to have freed the United Kingdom of COVID almost as soon as the day was announced. For the past two weeks he has been urging ‘caution’, and this was the theme of his remarks on the eve of the day he wanted to make his own.

The idea is asinine, of course: if all are now free to go to a crowded pub, football game etc, how can anyone possibly exercise caution on an individual level, except by avoiding such a venue altogether? ‘Freedom’, in this situation, is only gained through the enforcement of less onerous rules on venue numbers, mask use etc, with further relaxations introduced gradually, and reflexively, based on evidence from the environment. In other words, positive freedom is gained from collective security and constraint.

This is something publics across the world have come to understand throughout the epidemic, without the technical language to put it in. UK news reports say that many, perhaps a majority, will continue to avoid crowded venues even after ‘Freedom Day’. But of course that is of little use; a minority of 5 to 10 per cent letting rip is sufficient to turn these places into spreader hubs. The new Delta variant spreads more rapidly and efficiently than earlier variants; it has evolved in response to social distancing, the abstract social organism of rules we created to counter it. Delta has an ‘R zero’ (infection number) of six to eight, double that of earlier strains. There’s no reason that future strains can’t double that (measles has an R zero of fourteen).

‘Freedom Day’ is thus unfreedom day. And the paradox demonstrates how the framework of politics no longer matches our reality to the slightest degree. There seems no doubt that Johnson is dead serious about ‘Freedom Day’—since there seems no strategic upside to an identification with something so likely to reverse on him. His biographies paint him as someone who took on this particular nineteenth-century idea—combining the ‘animal spirits’ of capitalism and liberal freedoms with a patriotism that leans towards soft racialist notions of Anglo-Saxonism.

This political constellation—to which Margaret Thatcher nodded with her return to ‘Victorian values’ and which effectively enough describes the mindset of a group such as Australia’s Institute of Public Affairs—relies on a particular conjunction that existed at one time, and is drawn into the present as a promise of a certain liberty in an oppressive world. It needs a nation state exercising imperial dominance without, and subordinated classes within as a framework within which the glorious promethean individual can exist.

But deeper than that, it needs a framework of limited knowledge about social process—and now microbiological process—in order to be convincing. The freedom Johnson speaks of is a freedom conceived in an era—the seventeenth century, the time of modernity’s emergence—in which the human body existed in a realm of supposed autonomy, bounded, bordered, acting in the world. It has the appearance of common sense—the separate body—but it is itself already an abstraction of the individual, from the collective understanding of earlier eras (albeit mediated through religious and ethnomythical understanding).

Nineteenth-century discoveries—in sociology of our undeniable interdependence, and in science of the invisible wovenness of a biological whole—turn the sovereign individual into propaganda. The political Right has become wholesale consumers of scientific irrationalism and denial—on climate change, on COVID—because their politics cannot survive the very acknowledgement of this more abstracted (by knowledge form) and more basic (by material reality) level of life.

Its unlikely reappearance in the Thatcher-Reagan era was as a response to the failures of socialist democracy to deliver on either of those terms. Its reappearance in this century, as libertarianism attached to high technology, was as cult, delighting in its own perversity and rebellion against common sense. (It should also be noted that such a nineteenth-century conception also dwells at the heart of the Marxist notion of communism—even as ideal—notwithstanding Marx’s greater understanding of the social than his liberal contemporaries).

Boris Johnson is one of the last standard bearers of the Thatcherite setting, of the idea that a mass of people might take up such a philosophy as a liberation of their own capacities. The coming of COVID has, through epidemiological means, made a point of the priority of the social to the individual.

That does not guarantee a new flowering of an unchallenged socialist ideal. The emergence of more lethal viral forms might see not a new universal collectivism but a withdrawal of the rich and powerful into biologically gated communities. But it makes visible, more starkly than ever, the fictional character of the cry of ‘freedom’. Would a major reversal in the United Kingdom, laid at the feet of the new license of ‘Freedom Day’—mark a new stage in its de-legitimation? Will it further the understanding that freedom in this era is no single principle but a complex and never-fully-resolved balancing of multiple forms of small and large collective contraints and liberties? Or will the Right retreat further into fantasies of simple autonomy, with the inevitable appetite for irrationalism and conspiracy such fantasies feed? There’s a lot riding on ‘Freedom Day’.

Thanks Guy. Your article helped me to think through why a stupid-intelligent person such as Boris Johnson would make such a foolhardy move that is bound to backfire. The ideology of the pre-eminence of the nation-state protected sovereign individual mixed with techno-libertarianism forms a powerful commonsense (even if draws upon contradictory sensibilities stretched between two eras).