Trump as political calculator, narcissism as design for living 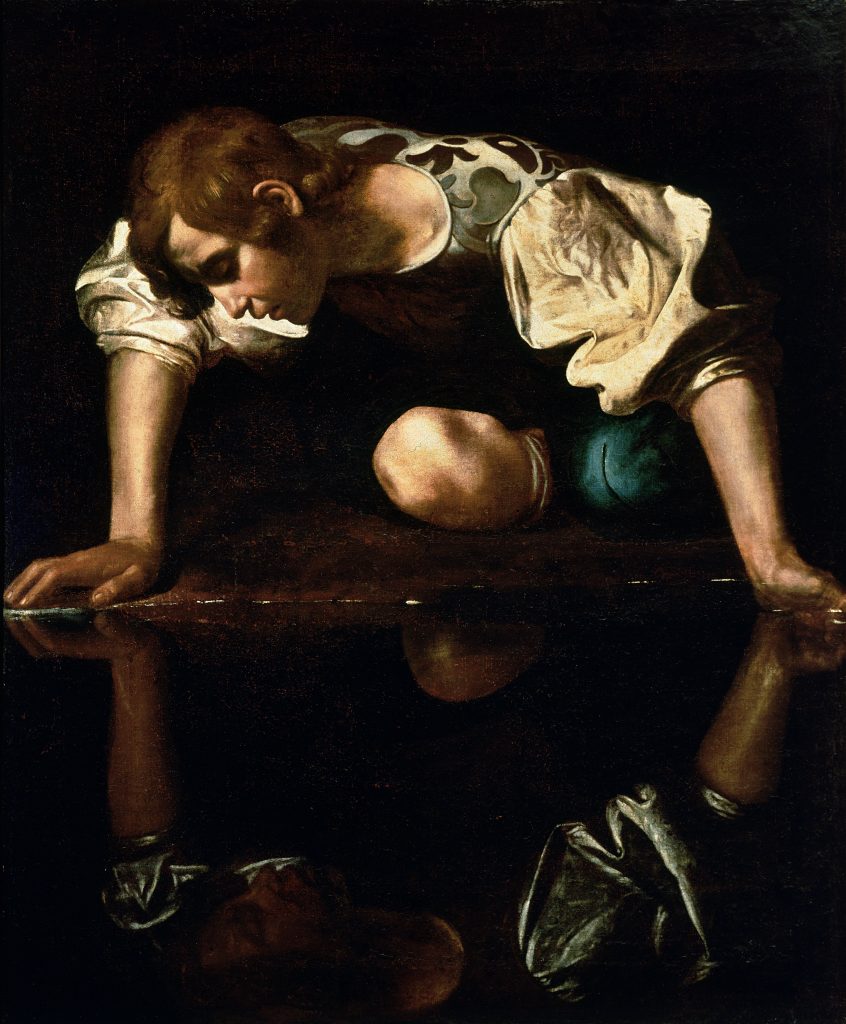 Federal troops were recently sent into Portland, the largest city of the US state of Oregon. Uninvited, additional paramilitary squads were then despatched to half a dozen cities from Chicago to Albuquerque. In response to finding armed, unidentified troops in their cities, local Democrat authorities argued that these invasions are not only unconstitutional but counterproductive: rather than calming protests, they contend, the presence of these forces is incendiary. But stirring up trouble is exactly what Donald Trump wants to do. Behind in the polls, his tactic is to drum up strife and disunity. Detached from principle, he sees it as a win if distemper and disturbance can be escalated. Shows of public disorder, he believes, frighten people and focus attention on the need for law and order.

This technique draws from the classic ‘active measures’ playbook. Fan fear and chaos, crisis and division. Use the media to propagate disruption and disinformation. Promote QANon and all manner of conspiracy tropes. Agitate populist, and fringe, causes. Predict that the results of the forthcoming election will be ‘fraudulent’, ‘fixed’, ‘rigged’. These measures, aligned with material skulduggery, particularly state-based voter suppression and the undermining of the postal service, are elements in a cynical plan to be re-elected.

How can we understand someone who is prepared to do this? In her recent book Too Much, Never Enough, Mary Trump, Donald’s niece, describes her uncle as profoundly dangerous, as a compulsive liar and self-aggrandiser, as ‘a petty, pathetic little man’. Someone else who knows him, Tony Schwartz, co-author with Trump of The Art of the Deal, said of Mary Trump’s book: ‘It is by far the most important book yet written about Trump. Others have described what he does. She deeply understands the why, and the catastrophic ways that his childhood led him to become the hateful and horrifying person he is’.

Ad hominem, psychologising interpretations miss the point, though: Trump’s actions are rationally calculated. As a populist autocrat he is deliberately planning to create crisis. This premise front and centre, a phantasmagoric scenario emerges from Mary Trump’s depiction of her uncle. For Trump, it is better to bring the whole country down than to experience the private horror show that would be his lot if he were to be publicly rejected in the forthcoming election. What is cued by this prospect is intolerable: dread, desperation and a close-to-autonomic panic.

This reading proceeds from the idea of ‘the narcissistic wound’. In its non-specialist life, what is carried by this reading is that, despite appearances, the narcissistic personality is unstable and, like a house of cards, will fall in on itself when subjected to an aversive condition. In the first instance, narcissism begets a sense of personal limitlessness; according to the late Norman Mailer, this trait ‘gives the power of beasts to politicians, professional wrestlers and female movie stars’. And, the converse is also true: when aced by the fact that my grandiose self-image is only a fantasy, when the out-there can no longer be held back, when it becomes untenable to project my movie onto my 360-degree wrap-around screen, there is no inner self to fall back on. This electrocuting prospect is experienced as a primal fear, as a danger that must be averted.

What is the interior landscape, the ground, upon which this intra-physic drama is conducted? The novelist Russell Banks offered the following account about Vanessa, a character in his book The Reserve:

Trying to portray a full-blown narcissist in fiction is very difficult. There is no interior to a narcissistic consciousness. Everything is reflected. For her, the question of lying or not lying, truth or falsehood is non-existent; you can’t be a liar unless you know what the truth is.

What happens when grandiose self-regard is violated in this hall of mirrors? Given there is no internal structure, the narcissistic injury pitches interiority into the horror of disorganisation. Given that Trump is aware that his poll numbers have dramatically fallen, this anticipatory prospect becomes a spectre. This disaster must be averted. A mutant kind of shame cannot be allowed to threaten a magnificent reflection.

All psychological theories, and all psychological explanations, prosecute an ideological program. This agenda is either overt or covert: in the case of theorists such as Wilhelm Reich, Walter Benjamin and Hannah Arendt there is a declared (emancipatory) agenda; in the case of bourgeois psychologists, such as Abraham Maslow and the cognitive-behavioural ‘practitioner-scientists’ who currently enjoy incumbency, the ideological intent of their theories is disavowed. This argument rests on the fact that each psychological theory makes a claim on what it is to be human, and what it is to be healthy and unhealthy/non-normal.

For example, Maslow’s hierarchy of human needs stipulates that it is necessary to master a disregard for others (and their opinions) as the signal achievement of personal development. Now embedded as a truth in widely accepted high-school psychology curricula and professional reference texts, Maslow’s claim legitimates, and also disseminates, a decidedly neoliberal value. Similarly, the assumption embedded in cognitive-behavioural theory that ‘an internal locus of control’ is a prerequisite for healthy functioning elevates an amoral, me-first imperative to lead-value status in the construction of personhood. In both these examples, specifications are set in relation to which normality/abnormality is evaluated and the therapeutic project organised. This program, it can be argued, has set the stage for a generation of more self-absorbed personal practices—for a generalised narcissism-lite.

To borrow from Fredric Jameson, there is a cultural logic in this budding. This logic finds its fruitiest expression in the psychological construct known as the dark triad. Promoted as the psychological elements that compose the true winner, this mindset is convened to combine equal parts psychopathy (being without a conscience), Machiavellianism (being a strategic schemer) and narcissism (being grandiose and self-absorbed). This astonishingly antisocial concoction currently enjoys a subaltern status; it is mostly viewed as ‘emerging’ and ‘controversial’, but this is not the point. The key matter is that this psychological template, this roadmap for those who are truly determined to ‘succeed’, clearly expresses the cultural logic of late-modern capitalism.  Not coincidentally, one name, one exemplary winner, comes to mind in thinking about the dark triad. Trump not just approximates but realises this template.

Traditionally, Trump’s personality type has been assessed as ‘pathological’. More recently, this casting has been subject to a process of normalisation and, to some extent, idealisation: Guilt is a handbrake. Shame and shyness are for losers. You are special. You can be, and you can have, anything you want. These imperatives are no longer the mantra of the ostracised outsider. Narcissism—or, more accurately stated, narcissistic traits—is no longer of the margin.

Summoned from this rising tide and, more emphatically, from Trump’s conscienceless re-election program is a certain implication. Writ large is a spectre one hopes popular and institutional power will ward off: that Trump’s desperation to avoid re-experiencing his inner tumult will result in division and destruction. This prospect is summed up by Anthony Scaramucci, Trump’s for-eleven-days-only Whitehouse Communication Director: as his ratings plummet, ‘He’s got his hand on the self-detonator now’. In smaller script, the same message is there for those of us who become intoxicated with our own reflection.

A fascinating deconstruction of the train wreck which is Donald Trump. The embedded thesis regarding the role of modern psycho babble in the normalising of Trumpian characteristics also illuminating.
With respect to the latter point, I was interested to read in Eastern philosophical teaching that one of the prescribed paths toward inner peace and clarity is finding joy in the achievements of the virtuous rather than (in stark contrast) “mastering a disregard for others” as advocated by Maslow according to this author. All a bit of a worry.
I find joy in Mr Furlong’s wonderfully crafted contribution here.

Furlong provides some fascinating insights into the narcissistic dystopia that is Trump’s inner world, and the increasingly sociopathic tendencies of that narcissism, as Trump seeks to avoid ‘the private horror show that would be his lot if he were to be publicly rejected in the forthcoming election.’ Regarding Furlong’s reflections on Maslow, it may be that other distinctly different readings of this work are credible. Even though tending towards a patriarchal and monolithic view of humanity, Maslow’s work and writings actually carry a deeply social and relational construct of life. As identified by Furlong, this aspect of his work is often lost in later interpretations and in the purported scientific and ideology free zone of much modem psychological theory and practice.

An excellent read and insight Mark Furlong. And how timely – but frightening – as time ticks by and we watch it all play out on a daily basis with so much suffering. Donald Trump – a ‘hateful and horrifying person’ – without conscience, a strategic schemer and self-absorbed, and with a hand on the self-detonator as it unravels with no inner self to fall back on. It says it all. Thanks for another great contribution.