Trade routes or War Games?: Subs and the geopolitics behind the China threat 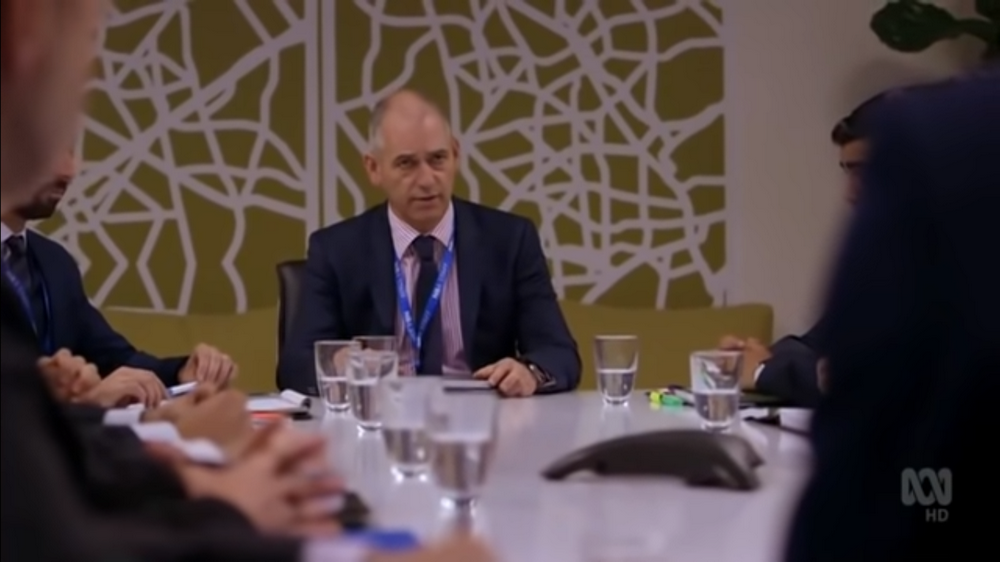 The TV show Utopia satirises Australian defence policy by saying that increased military spending is intended to protect our shipping routes. Since China is our major trading partner and we would be protecting trade with China from China, the whole thing is absurd.

That clip has been widely circulated and perhaps gives some comedic satisfaction. But it’s utterly misinformed. Australian strategic planners are well aware that it would be absurd to protect trade with China from China. That isn’t the aim of the policy. In the real world, the military build-up is about whether foreign military and intelligence activities can be conducted in another country’s exclusive economic zone.

Exclusive economic zones (EEZs) were established as a feature of international law by the United Nations Convention on the Law of the Sea (UNCLOS) in 1982. UNCLOS refers to waters extending up to 200 nautical miles from a country’s shores. It gives coastal states the right to regulate economic activities (such as fishing and oil exploration) within their EEZs.

The United States has not ratified UNCLOS but says it will act ‘in accordance with the balance of interests’ reflected in UNCLOS ‘relating to traditional uses of the oceans, such as navigation and overflight’. It established its own EEZ within 200 nautical miles of its coast, and recognises other states’ EEZs as well.

China has ratified UNCLOS, has established its own EEZ and recognises other states’ EEZs.

The United States further says that it has the right to conduct military and intelligence-collection activities within any country’s EEZ, and can do so as close as 12 nautical miles from the coast, which are territorial waters under the jurisdiction of the coastal state. It accepts the right of other countries to do this inside its own EEZ; even during the Cold War the United States did not interfere with Soviet ships, bombers or surveillance aircraft that periodically flew close to US airspace.

The right to conduct military activities inside another country’s EEZ hass been at the centre of incidents between US and Chinese ships and aircraft since at least 2001. The issue is separate from the question of territorial disputes in the South China and East China Seas. Even if all these territorial demarcation questions were resolved, China would still oppose ‘military freedom of navigation’, which, as a senior diplomat said, ‘is an excuse to throw America’s weight about wherever it wants. It is a distortion and a downright abuse of international law into the “freedom to run amok”’.

Likewise, the United States would still insist on applying its own concept. It fears that if China’s position were to gain greater international acceptance, it would affect the United States’ ability to project naval and air power in other EEZs such as the Persian Gulf. That would force it to conduct operations from more than 200 miles offshore, significantly reducing the range of its sensors and missiles. It would be much harder to place its marines and their equipment in an amphibious tactical lodgement.

The submarines we will host or acquire are intended to threaten China so that the United States can preserve its ability to project power globally. Australian strategic planners know this—but presumably they’re happy to let people think they’re too stupid to realise they’re ‘protecting our trade with China from China’.

Comedy programs on TV aren’t the same as geopolitical analysis.

Our focus on subs has long been an expression of our idea that any defence would involve us contributing a subordinated part of a giant US-led naval force in the region.

China responded to the US presence in the Bashi Channel by sending Su-30 and J-16 fighter aircraft and Xian H-6 bombers into the area, where they simulated missile attacks on the US vessels.

Thank you for presenting some of the facts that should underpin any opinion.
Australia’s recent decisions represent an affirmation of its support for US hegemony and a preparedness to continue to defend that hegemony militarily. The Australian government’s posture has most certainly damaged our trade relations with China, our most important trade partner – a relationship to which we our much of our prosperity – and the US and US companies have benefited from that damage.
The point Fernandes makes in this article highlights the gravity of Australia’s posture for peace in our region – a matter that deserves informed public discourse and debate. One of the underlying assumptions often made to justify Australia’s decision is that ultimately we have to pick a side and failure to support the US will leave is exposed and unprotected. Switzerland has been neutral for more than 200 years but this has not resulted in damage to the country’s security. The UK twice refused the US request to send troops to Vietnam but it remains a strong ally of the United States.