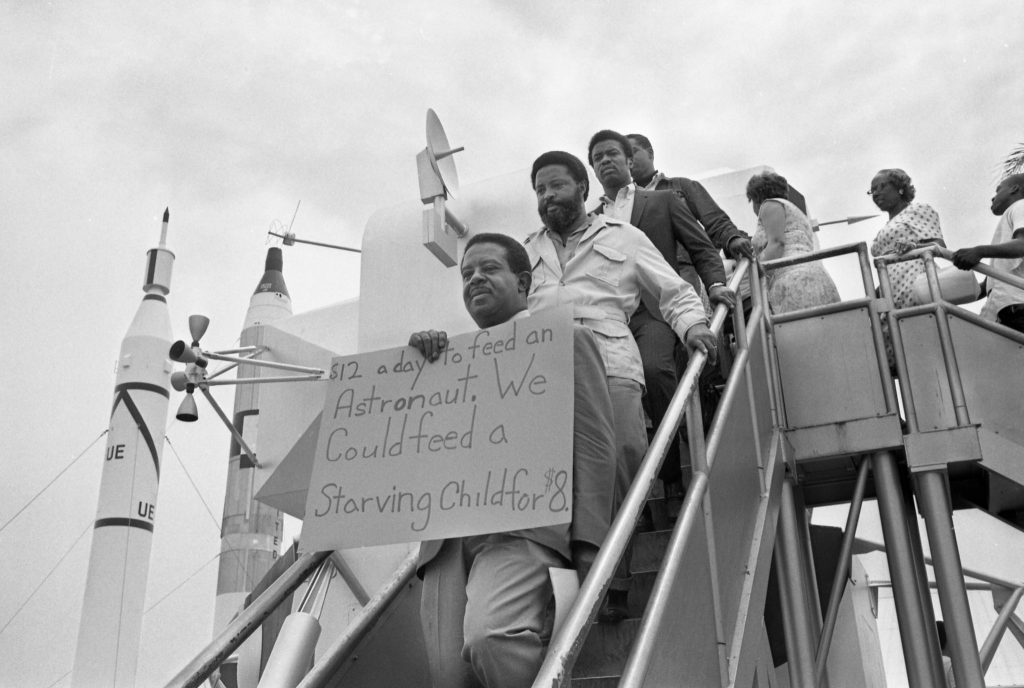 The Futurist and Harvard physicist Michio Kaku believes that there is only one way for humanity to survive: to go to Mars! What nonsense. He is, however, not alone in this logic, as the world presently lurches from its pervasive and dominant pathologies of scientific, corporate, capitalist and technocratic rationality towards a complicit and potentially violent ending of life on our beautiful planet Earth.

Recognising these complicit and dangerous pathologies of power, all those thinkers and writers from Hannah Arendt, Zygmunt Bauman and Doris Lessing to Ashis Nandy have warned us of how the world turns out when reason and rationality are unconditionally prioritised above all other values of learning and knowing. Bridges, cities, shopping malls, hospitals cannot on their own do justice to the purpose of a civilised society. The paradoxical hallmarks of the twentieth century—genocide, the European Holocaust, two world wars—together with the advent of the Universal Declaration of Human Rights, decolonisation and the Civil Rights Movement, demonstrate the complexity of human survival.

Reason, rationality, calculation and measurement need to be transformed by empathy, compassion, imagination, dialogue, creativity and importantly the questioning of authority and power. Although we live in the age of the algorithm, a human being is  not in and of themselves an algorithm but a being whose sense of self-knowing ultimately requires nourishment that is social, cultural, ecological, spiritual and psychological.

Last week the government announced a new fee structure for universities that will radically alter the focus of higher education to socially engineer students away from the humanities, arts, communications and social sciences. Nothing could be more perilous or nonsensical at this pivotal time in Australia. Global warming, bushfires, the COVID-19 pandemic, a China–United States cold war, Black Lives Matter, a Great Depression 2020, displaced and dispossessed people, and rising suicide rates are just a sample of some of the immediate realities that can only be unflinchingly and qualitatively understood and critiqued through the humanities, arts and social sciences.

The STEM disciplines—science, technology, engineering and mathematics, all essential knowledge systems—should never be sundered from the humanities, communications, social sciences and the arts. All are entangled as much as they are distinguished by their different approaches to learning and knowledge. But Minister of Education Dan Tehan’s move to make humanities, social science and communications degrees far more expensive than STEM subjects is excruciating. The creation of a false and disturbingly oppressive dichotomy will ultimately come at the cost of Australia’s capacity and ability to be a civilised society.

Through studying the humanities, there exists the opportunity to self-examine, to become equipped to understand and investigate the complex moral and ethical issues of belonging in a community, as part of a nation and on planet Earth. The humanities provide the creative and critical intellectual space for us to engage with the complexities of humanity. They provide oxygen for understanding how to care for self and other, for learning how to translate our human condition and lived experience through language and meaning. They offer windows into other ways of knowing and ways of being; they provide the tools for cultural encounters with difference; and they shake up our realities to make them relevant.

The humanities inculcate the very essence of doing human rights and social justice work through fostering dialogue for being, by helping us to realise that the other is always inside. These are not mere add-ons or afterthoughts to have sit or remain in the margins of a civilised society. They are central concerns, crucial to our survival as a species, as individuals, as a society. Where do we learn how to challenge authority and question the status quo? To understand the socio-cultural and political landscape with its intricacies and grapple with issues such as race, disability, sexuality, age, class and gender? To find ways of living on this planet sustainably by asking difficult and hard questions about what is needed for humanity’s co-existence and co-survival? To end poverty and economic degradation for all people through principles of equity and access? Such things are learned through philosophy, history, literature, religion, art, music, media, cultural studies and language—we ignore them at our own peril.

We cannot toil for a peaceful, good society, one that is fundamentally inclusive and where diversity is truly valued, if we do not disarm the bellicose and adversarial culture in which we live. We learn how to disarm discrimination and social exclusion when we have empathy with others and we do this when we study in the humanities. What we require are cities, bridges, hospitals and shopping malls that are reflections of a civilised and good society based on values such as empathy and inclusion as much as on concrete, engineering and medicine. Without the foundational opportunities that are provided by the study of the humanities, Minister Tehan’s strategic diminishment will lead to Australia’s inanition. As Alexis Wright remarks, ‘We cannot afford a government censoring education and knowledge’.

I do not understand the obsession to go to Mars or to the Moon. I find the idea reprehensible, greedy and lazy. It shocks me that a million people gathered to watch Apollo 11 blast into space in 1969. It was a zenith for the American technological-military-industrial-capitalist-nationalist complex. But as we know, there were protestors present on that summer day as well, and they weren’t cheering. Roughly 500 African American protesters were led by civil rights leader and Martin Luther King close aide Ralph Abernathy: ‘They brought with them two mules and a wooden wagon to illustrate the contrast between the gleaming white Saturn V rocket and families who couldn’t afford food or a decent place to live’. This illustrates the disconnection between dominant assumptions that drive national agendas, and the challenging realities and needs of social, historical and political contexts.

Now, as we witness the eruption of the Black Lives Matter movement reverberating and resonating around the planet, we can observe the power of how lived experience, in this case derived from the historical and contemporary effects of colonialism, slavery and the subjugation of people based on race, upends the status quo and calls into question the very conditions in which we live, and to what extent we are complicit through our privilege or ignorance. Such questions are only possible through critical thinking, dissent and protest, seen in the ground and vitality of the humanities, arts and social sciences.

The humanities are not free-floating. They are both embedded in the fabric of our society and located in each individual. In my own life as a Maori-Pakeha migrant in 1960s Australia, in a family characterised and traumatised by suicide, race, sexuality and class, the humanities have been transformational and life giving.

Placing the study of humanities financially beyond the reach of ordinary folk generates a dangerous cultural (and political) vacuum. When the humanities are not intrinsically valued and supported by the government, our individual and collective capacity to reflect, to protest, and to effect change and transform society for the better is subsumed in inanition.

The humanities have made me literate. That is, they have made me able to contextualise and discover a language to connect lived experience with the wider social, cultural, scientific and political worlds. This is more than enabling; it enriches all my relations.

Baden Offord holds the Dr Haruhisa Handa Chair of Human Rights; is a Research Professor in Cultural Studies and Human Rights and Director of the Centre for Human Rights Education at Curtin University. An internationally recognized specialist in human rights, sexuality, culture and education, he works across Australian, Cultural and Asian Studies. His work includes the co-authored book Inside Australian Culture: Legacies of Enlightenment Values (Anthem, London: 2015); Becoming Human: Lived Experience, Suicide and the Complexities of Being (2019) and "Beyond our Nuclear Engagement: love, nuclear pain and the whole damn thing." Angelaki: Journal of the Theoretical Humanities 22 (3): 17-25. (2017).

Curiously, the great sci-fi writer Kurt Vonnegut published an article in 1969 in the New York Times Magazine, in which he quipped: “Earth is such a pretty blue and pink and white pearl in the pictures NASA sent me. It looks so clean. You can’t see all the hungry, angry earthlings down there—and the smoke and the sewage and trash and sophisticated weaponry”. He went on to say that the vast amounts of money spent on the space programmes should have been spent “cleaning up our filthy colonies here on earth”. Then, drilling deeper into the mastery that powers such projects:

“Most of the true tales of masterfulness in new environments with new technologies have been cruel or greedy, it seems to me. The concepts of reality held by the masterful people have customarily been stupid or solipsistic in retrospect. Nobody has been remarkably secure, the masters have often ceased being masters quickly. There have been tremendous messes to be cleaned up, ravaged landscapes dotted by shattered earthlings and their machines. ”

Curiously, when DARPANET, the Pentagon’s proto-Internet, first went online also in 1969, it too was met with protests from student radicals, and at MIT and Harvard even attempts to shut it down. They correctly saw the networked machine as coming out of the grim cold war arts of counter-insurgency, being designed for, as they put it “computerized people-manipulation” and warned that it would be used to spy on ordinary people and smash progressive movements…

Thank you so much for this Baden, a moving and beautifully written response to this trainwreck of policy. I share your incomprehension of the technophilia associated with space travel/colonisation, and yes, laziness and greed (so characteristically human qualities) are terrific drivers for that technophilia. There is an excellent documentary by the US filmmaker, Robert Stone, called “Chasing the Moon” (2019) which also details the protests led by Ralph Abernathy. Stone’s take on the space program is expansive and revelatory and tells the entire story through archival film. What else would you expect from the son of a Princeton History professor? It’s a great example of the ‘entanglement’ you refer to: Stone employs a humanities discourse (the interrogation of history) to question but also make sense of what is usually a strictly rationalist, technocentric narrative portrayed as quite separate from the culture it is embedded in.