The Technoking and the Town Square: Musk, Twitter and radical individualism 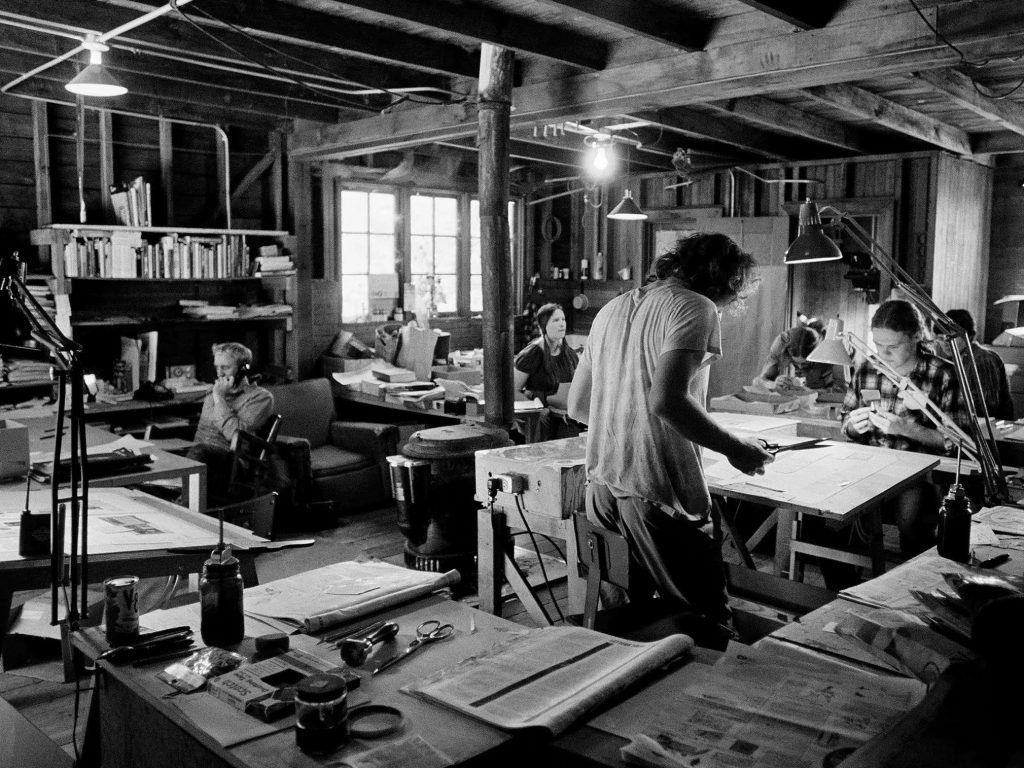 There’s an old military adage which says that the judgement that your enemy’s incomprehensible decisions are the product of foolishness should only be made after all other explanations have been tried and discounted, lest it turn out that the fool is you.

That rule is being tested to destruction with Elon Musk’s purchase and subsequent management of Twitter. Only the briefest recap is required, since the world—or the part of it that uses Twitter—has been watching his every move. Having overbid for Twitter, which is yet to find a stable profit model, Musk was legally required to take delivery.

On his arrival, his announcement of a looser moderating regime saw racists and anti-Semites rush in, and advertisers step back. Firing half of the staff made some basic functions unworkable, and damaged sales and communications. Making the ‘blue check’ authorisation system user-pays and universal—and therefore undermining its very purpose—caused informational chaos, most significantly the punking of insulin manufacturer Eli Lilly, which may have experienced a huge market dip because of it. Large advertisers paused their bookings. Many no longer had good communications with the company, because their account managers had been fired. Journalists seeking comment found the communications department had been fired too.

How was it possible to be this blundering? One very basic suggestion might be that Musk really does not understand the difference between a mechanical and instrumental enterprise such as SpaceX or Tesla, which involves the manufacture of objects, and an enterprise that is purely social: one whose ‘objects’ are in fact ‘subjects’, with their own views, priorities and non-negotiable limits. This was particularly so with the ‘blue check’ authorisation system, which Musk appears to regard as purely a status marker for the benefit of the holder. He doesn’t appear to have understood its role in ensuring that lying discourse does not crowd out true discourse so that meaningful debate can move forward. I want to know that ‘Rishi Sunak’, ‘Ron DeSantis’ and ‘Elon Musk’ are who they say they are. I have no feelings of servility towards them because their role requires authorisation.

At the root of such an attitude is a radical individualism expressed by Musk’s figuring of Twitter as ‘the town square’. This is not the town square as commons, but the classical liberal fantasy town square, which is nothing other than a neutral space—the point where particle agents meet to exchange discourse without regard to differing interests or the particularities of said agents. Musk and other libertarians put the emphasis on negative freedom, or the removal of limits by ‘the state’ or the corporation, and none on the notion of Twitter as a reflexive ‘community’—or ‘entity’—which developed through content moderation a set of positive freedoms that allowed people to flourish in a framework that was not a free-for-all as were sites like 8chan. In that respect, Twitter’s owners made themselves unobtrusive, to give a sense—illusory or otherwise—that the user level was the real and sole level of action when in fact it is a debating society/bar/playground shaped and run by its owners. Not the least of Musk’s damage to the site’s value is that it now feels like a circus, capering around for the benefit of a capricious and narcissistic technoking. Who wants to be part of that? Musk appears to have sucked a great deal of the joy out of Twitter, which in turn impacts overall use. He appears to be focused on re-engineering the basic understructure of the site to permanently reduce staff numbers, and to make it more self-maintaining. But whatever savings he makes will be counterweighted by the interest paid on the loans taken out to take it over, of about a billion a year.

That raises the question as to whether the site was viable under any regime, and that in turn takes us into some of the deeper assumptions made, by both Left and Right, as to what Twitter could and should be. The narrative being formed around Musk’s takeover is that of the Fall: Edenic freesite burbling along, taken over by grim capital and pushed towards ruin. Yet it must be asked whether Twitter is indefinitely sustainable at any level—and what hidden assumptions go into the belief that it is.

Though many of its frequent users have spoken recently of the tragedy of Twitter being destroyed ‘as a community’, it is clearly nothing like a community in any real sense. Indeed, it substitutes for real community in its absence. Sustained groups of like-minded people emerge, and friendships and more have been made, but all these remain networks, which survive only by ceaselessly reproducing themselves through discursive exchange. Real community does not require that. Real community is mutual involvement and obligation in a shared and held space, usually with some common historical root—kin, ethnic, religious or ideological. Such communities can be destroyed, but they usually put up collective resistance first. If Twitter cannot be maintained, as it is, at any level, its ‘communities’ will not decant themselves to a new space en bloc. Some might re-assemble on Mastodon or other new sites, but these will be nothing like the complex intersection of groups that Twitter provided. It’ll be over.

The question is whether it was always going to be over. For Twitter to maintain the positive freedom regime it had developed requires a small army of moderators, doing work that is both boring and frequently degrading. To imagine that being undertaken on a mass, collective voluntary basis is simply not possible. Twitter, as something distinct from Reddit or 8chan, has always been dependent on capital to exist—but its image is that of a site with a vaguely communistic air, a proto post-capitalist realm within capital. That has clearly been part of its appeal to many.

In that respect Twitter bears the trace marks of its founding milieu, San Francisco and Silicon Valley. Devised in halting steps from around 2005 onwards, it was clearly in the utopian tradition of San Franciscan counterculture engagement with tech, and the techno-optimism that perfused the movement. Twitter is a reiteration of what first became visible with ‘The Well’ (Whole Earth Lectronic Link), a single mainframe bulletin board created by the Whole Earth catalogue group in 1985, which itself drew on non-networked single machine bulletin boards housed in San Francisco health food stores and social centres in the 1970s. The Well was a non-anonymous ‘virtual community’, with the significant involvement of people from ‘the Farm’—the Tennessee mega-commune that had survived the winnowing of the counterculture. In the move from real to virtual community, the Wellsters were clearly trying to solve the problem that had brought the New Left counterculture to a shuddering halt: people did not want to be bounded in real community, with all the fluidity and openness it required them to give up. As the organic and counter-modern impulses of the New Left died away, techno-optimism began to fill the vacuum. The shift seemed tactical; in fact it is a total reversal of purpose. The counterculture movement had seen itself as reconstructing levels of social engagement withered by post-Second World War capitalism, and technology of any type. The new networkers saw the technology as a pain-free way of creating community beyond capitalism, and thereby took for granted that close relations and selfhood grounded in others could be re-assembled without loss in abstracted networks.

These are the roots of much of the current techno-kitsch—the transhumanist, sea-steading, hyper-individualist malarkey—but also of the more rationally, yet still ideologically, driven process by which Twitter came about. As Nick Bilton’s Hatching Twitter tells it, the four young men who created it, through much trial and error, were all San Francisco techs whose work commitments meant they could not hang out together, but who were not offered an all-involving workplace as something like IBM might once have been. The notion of reconstructing community within the depredation of start-up capitalism did not occur. Culturally, it simply could not. A networked system that allowed for reconnection without loss suggested itself naturally. Recall what Twitter’s initial question to a user was, in its early days: ‘What are you doing?’. It was conceived of as a means of reproducing full co-presence among a scattered network of users.

It is these utopian yearnings buried in Twitter’s origins that have given it the sense of being special and outside the frames of both contemporary capitalism and the genuine forms of networked extensions of community, where some form of base community actually exists. To cleave to the latter form means renouncing the fantasy of infinite, weightless connectability, capable of mass self-management. Twitter, in its current form, can be drawn on as ‘proof’ for the two dominant political fantasies of our era: Hayek’s ‘catallaxy’ of spontaneous order, and Marx’s communism as a materialised form of intellectual relations en masse. Perhaps Elon Musk is genuinely stupid in certain matters, or perhaps he recognises something Twitter’s left enthusiasts cannot: that it is a product of Silicon Valley capital, and, however blundering his moves, may need total reconstruction to be viable on those terms. That is not a reason for radical and critical people to accept the rule of capital. But it is a path to understanding that there is no reconstruction of community that does not involve a multi-levelled commitment to the revival of real social relations, in which the network infuses the ground, which in turn grounds the network.

…the acceleration of net worth enjoyed by the digital czars is unlike anything history has ever seen: Musk’s net worth increased by US$25 billion in a single day in March 2021.