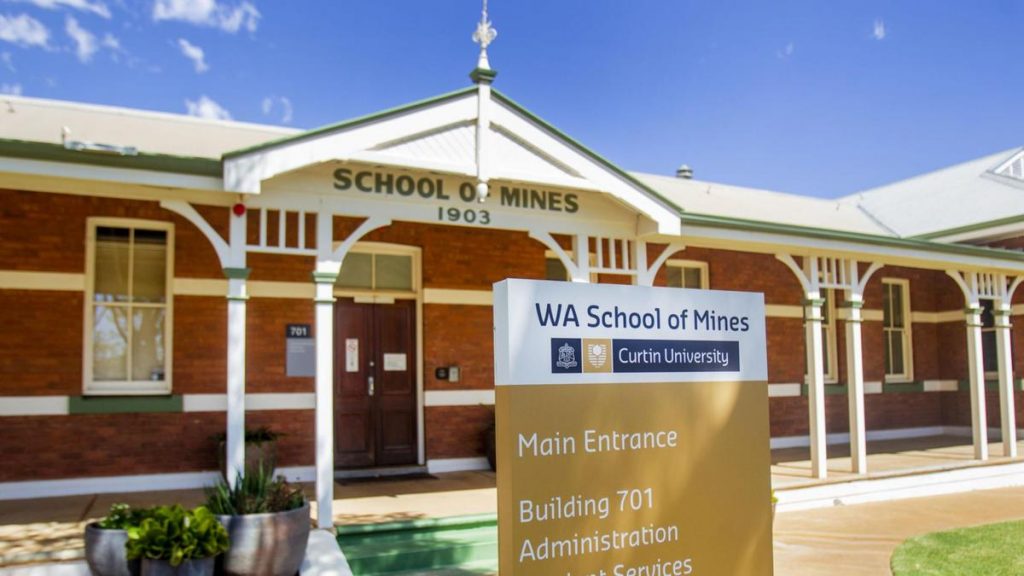 Australia runs its universities like a mine. Rather than places for critical interpretation and open-ended investigation, they are seen as just another hole in the ground. This short-term, extractive view of education and research reflects Australia’s history as a sub-imperial state. While dependent on primary commodity exports—like much of the global South—Australia was also a strategically white outpost for the racist British Empire. Today, it is still dependent on primary resource exports, and it positions itself as a key strategic outpost for the so-called ‘rules-based liberal order’. Shaped by this tradition of privileged subservience, those in power—both the Coalition with its ‘national interest’ clauses, and Labor with its long-term marketisation of the sector since the Dawkins reforms— see universities as merely sites for the extraction of value.

Despite various attempts, Australia has never managed to create an internationally competitive industrial sector.[1]Judith Brett, ‘Resources, Climate and Australia’s Future’, Quarterly Essay 78, 2020, pp 1–81. By this metric, Australia’s dependence on global capital is no different to the situation of the majority of the global South. Despite the successes of the newly industrialising economies, the majority of the global South is still dependent on raw-materials exports.This was not the natural outcome of free trade.It was the creation of a racist imperialism that actively de-industrialised its colonies, and a neocolonial postwar order that persistently ignored the plight of the majority of the world’s people.

The main problem with a dependence on raw-materials exports concerns jobs. As Judith Brett highlights, ‘4.4 per cent of [Australian] workers are in the industries that produce 70 per cent of our export income’.[2]Brett, ’Resources, Climate and Australia’s Future’. Overcoming a dependence on extractive industries that provide marginal economic complexity has been difficult, historically, because of the declining price of these exports relative to industrial imports. But issues exist even in rare commodity booms. As Brett explains, the 2000s commodities boom pulled workers from other sectors and contributed to a high Australian dollar. This rendered the industries that did exist in Australia even less competitive. A similar trend exists for other raw-materials exporters, with initial claims of a bold ‘rise of the South’ during the commodities boom turning out to be ‘uneven and incomplete’.

Despite sharing similarities with the global South in terms of its export dependence, Australia holds a very different position with respect to the ‘rules-based liberal order’. Australia is, as Clinton Fernandez defines, a sub-imperial state. Whereas the global South suffered from, and has struggled against, colonisation, Australia (apart from Indigenous Australians) benefited from it directly. Australia possessed colonies of its own, in Nauru and Papua New Guinea. In the 1870s and 1880s, the British Empire drained $18.3 trillion in today’s money from India. During this same time the ‘Australian colonies were the largest recipients of British capital’. This investment allowed Australia to extract/grow its commodities with the most advanced equipment. Australia ‘was an efficient, low-cost producer that could easily outperform the developing world’.[3]Clinton Fernandes, ‘Chapter 8: The Challenge of the New International Economic Order’, Island Off the Coast of Asia: Instruments of Statecraft in Australian Foreign Policy, Rowman & … Continue reading So instead of building solidarity with other states suffering from the resource rent curse, Australia used its sub-imperial position to stifle reform. When Prime Minister Scott Morrison lobbies at climate conferences for the drowning of his Pacific neighbours, he continues a long tradition of sub-imperial plunder.

Australian universities as weapons of sub-imperialism

Australia’s largest non-raw-materials export is its globally competitive university sector. This could be used to help transcend the resource rent curse. Instead, university research is funded at less than half the OECD average. Universities are not seen as producing knowledge in a general sense, but rather as producing knowledge as it can be codified into grant applications and patents, and so given a market value. As part of this marketisation, universities are seen as tools to extract value from hyper-exploited international students. A stake in a global monopoly of knowledge is used to extract value from the global South, which subsidises the education of Australians.

The corona crash has done nothing to shift this mining-town view of education. If there are no international students to exploit, what’s the point of funding universities? Do we keep digging when we run out of gold? University workers, already precariously employed, were denied JobKeeper. International students were denied JobSeeker. University staff members were granted the ‘privilege’ of withdrawing super payments but were otherwise told to fuck off. Relational ties across the region, and the reputation of Australia’s higher-education sector, were pillaged like the local ecology of an open-cut coal mine.

Of course, none of this is to argue that the liberal government has neglected higher-education policy. In its efforts to project itself as a model sub-imperial nation, Australia is waging a neo-McCarthyist campaign against its largest non-commodity export. Research funding applications already needed to pass a national benefits test, but they now must pass a ‘national interest’ test as well. Here, the term is either redundant or an attack on academic freedom. Is research critical of Australia’s sub-imperial foreign policy in the national interest? If it is, then apparently anything goes. If not, this requirement is an attack on academic freedom. The reality, of course, is that this ambiguity isconvenient for the government: it allows more leeway for ministerial veto over research funding.

Ambiguity, red tape and the encroachment of the national security state are fostering a damaging culture of institutional self-censorship. This was observed firsthand at an event at the University of Adelaide on ‘improving mutual understanding between China and Australia’. Despite the event having no connections to any international organisation, the conveners were asked to sign declarations on foreign interference. In the end, the event was not permitted to take place, and the discussion was moved online.

This censorship is not criticised by the Coalition’s cold warriors, because they’ve never truly cared about free speech. Luckily for the lucky country, though, a different world is possible. Australia should promote research and educational collaboration. It needs to support international students. Universities need to be decommodified so that they can provide the space for critical interpretive work, to become grounded places for open-ended inquiry. But with so many holes in the ground already, it can be easier to bury our heads in the sand. Maybe later, fossilised, there’ll be something to dig up again.

Amateur historian working on a counterfactual history of capitalism.