The politics of vaccine passports 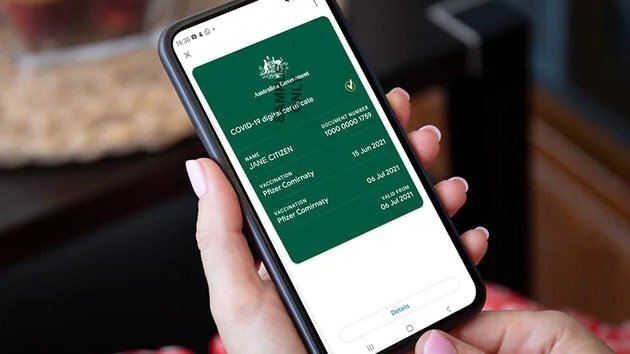 The age of the vaccine certificate and the vaccine mandate is here, and as a society—as a world—we are unprepared for it. Let’s not call it a vaccine passport. A passport controls passage between states, and there has always been provision to limit such passage by the presence or absence of disease. So, too, there have always been intrasocial limits on the movements of the diseased, from forced quarantine to, well within living memory, the painting yellow of front doors of houses containing those with scarlet fever and other diseases.The vaccine certificates that are landing on us now are something else. Applied on a massive level, via apps, they use the overarching, globally integrated communications-surveillance system, not only enclosing urban territories for whole populations or physical confinement for recalcitrants but criss-crossing a whole world of offices, shops and transport hubs. Earlier ensembles of such were limited by the resistance of materiality to surveillance. Now, universal licensing and certification could easily be achieved. Several years ago the Western media ran hundreds of stories on China’s cyber-managed Social Credit System with an Orwellian framing, distinguishing its state-based enforcement from the West’s looser market-based system (around property, employment etc). Now we are acquiring a hybrid state-market system that will govern the movement of people with a mixture of legal, technical and property enforcement. The treatment of this in the public sphere is yet another demonstration of how inadequate public reflection is on the questions we face moving forward. Had COVID-19 occurred in a different historical-technological overlap—after our ability to detect and distinguish between viruses, but before the current global cyber-system was in place—it seems highly doubtful that any comprehensive system could be applied (which indicates the degree to which a certain type of liberal public sphere is related to a specific techno-historical ensemble). The fluidity and abstracted materiality of current processes hollows out the simple political positions of modernity.

Any attempt to parse in simple terms the new elements we have to deal with—lockdowns, intra-social mandates, certificates and passports—is thus bound to fail. Libertarianism is exposed as a fantasy politics of autonomy, which is why libertarians increasingly deny the science of COVID, climate change and, well, everything. For them, anything showing the environment as a multilevelled manifold of interconnection rather than a set of discrete bodies acting on each other (as science imagined it when contemporary politics was formulated) must be ruled out. But it is no less problematic for liberalism, which seeks to find the state’s ‘natural’ limits. In the United States, a culture deriving from the constitution has created genuine mass resistance in certain states—not the relatively small and specific demonstrations that have occurred here but mass refusals to lock down or limit movement—but it would not survive even a moderate uptick in virulence or mortality, of a new virus or variation.

In Victoria, many Labor supporters have retreated into uncritical support for the Andrews government’s hard-line ‘low-tech’ lockdown strategy, which was an initial attempt to forestall hospital overload and the social division of the well and the ill, through the universal application of the state to bodies, and to the social body as a single entity. The core of that application derives from a left, socially just base, which made it worthy of defence, but at some point the surrender of critical scrutiny and debate to the Victorian government’s wilful statism and politics of the will was reminiscent of earlier passages of the Left from critical politics to the Schmittian conjuring of the state of exception, and the enemy. There is an uncomfortable feeling that the Andrews government regards lockdown as another infrastructure project to be drilled through inert matter, by the intervention of increasingly militarised police if need be.

Further left, Socialist Alternative and other groups have elevated elimination as the social aim, even though the Delta variant appears to have put that beyond reach, and the social and social-psychological fabric strains under prolonged lockdown. Such an ungrounded maximalist commitment points to the grievous inadequacy of a Marxist approach to these multilevelled social phenomena. Vaccination, as a social process, bears within it the deep structure of social reflexivity. Its individual advantage diminishes over time if it does not become a shared, and then near-universal process. The more extensive the process—ideally, it wouldencompass the world—the greater the chance of elimination. In that respect, the formalisation of the vaccine certificate could well have unintended negative consequences, diluting vaccination’s identity as a collective good and a social obligation. Acknowledging that there are some reasonable and rational vaccine-critical and sceptical positions does not bar us from regarding the majority of the anti-vax movement as a product of reconcretised, mythical and fetishised thinking arising from certain confluences of conventional social class and abstraction-ensemble groupings, but whose capacity to grow and collectively act must be factored into social policy. That this most visible challenge to the vaccination regime displays a more general scientific scepticism—often via conspiracy theories, a reconcretisation of social action as a form of resistance—should not prompt in us an uncritical defence of the process.

Thus, it is tempting to argue that any society should resist both state compulsion and certification, and encourage the social recognition that global diseases and rapid vaccine development predispose us not to the primacy of individual bodily rights but to the recognition of our obligation to the other. More than this, it should prompt recognition of our social being through them, manifested, in the case of the viral, at a level that requires abstracted comprehension, and an at-homeness in that multiplicity of levels. Many find it inconvenient to talk about, or are unable to frame, the differentials in education and at-homeness in the abstract and medico-scientific that create different responses to a vaccine mandate from teachers and nurses on the one hand and construction workers on the other. This division runs within a union between its leadership, drawn into the world of negotiation and modelling, and its rank-and-file—hence the spectacle of elements of the hitherto solidly loyal CFMEU membership besieging their own headquarters in Melbourne last week. Having made the judgement that vaccine benefits outweigh risks, clearly the preferred option is to urge rapid vaccination as social citizens in general, rather than as members of particular professions. Ideally, this will be achieved by solidarity and mutual encouragement at the level of the social, rather than through state campaigns of governmentality and manipulation. In a situation where social encouragement falls short, and where the socio-psychic costs of extended lockdown are apparent, one might argue for state-enforced vaccine certification, with time-limited review, the capacity for individual businesses to choose not to impose it, and the banning of certain types of businesses (pharmacies, supermarkets and the like) from applying it.

Additional state offices, modelled on the various ombudsman offices that were created from the 1970s, need to be established to represent the medical rights of the citizen inside the state. Governments need to be more willing to show their working and modelling, to make possible informed debate about lockdown and medication regimes in an ongoing way. Vaccine outreach to specific communities‚Indigenous groups, migrant Australians—must take into account the disjunctive frameworks of concrete and abstract social understanding (and more immediate contexts such as colonialism) that exist within a given society. Aged care and disability care should ideally be substantially resocialised and renationalised, though the chances of that are low (and this cannot be seen as a magic bullet in any case).

The next worst regime is that of privately applied non-vaccination bans, administered ad hoc, under the anarchy of property; the worst of all would be US-style open slather before given vaccination levels are reached, which wrongs the vulnerable — the aged, and especially people with disabilities or chronic serious illness — in a manner that could be seen as passive eugenics.

These different initiatives occur at different social levels, which demands a social and state mindfulness of their dynamic reflexivity. The insistence on a solution at a single level of social action will produce its opposite at another: the more a state enforces a total program—lockdowns or vaccination—as the sole rational response, fusing state, medical and social action, the more it will summon a synthesised resistance that seeks and finds its own rationale. That process of formation is not inevitable if state action is sufficiently reflexive, and particularly if it is not guided by image-based political imperatives.There is no single, simple social strategy to get behind in these situations, and those that present themselves as possibilities are usually those of an earlier political era given symbolic form in the present. But, equally, the absence of such does not license acquiescence and resignation to state strategies in a context where politics appears suspended. This is the dilemma we will increasingly face in the era to come, whether from questions of global disease or global military alliances. How to have a politics hoping to influence such massive processes, when the frameworks and forces that promised the opportunity to challenge such power by mass action are much diminished? Resignation to (and, for some, identification with) a wilful state is tempting indeed. But we must presume that challenging on their own terms the logics that are applied as unquestioned can produce a political-social ethic that can clarify what is at stake—now, and in the face of the fresh pandemics that our trashing of the natural world will bring forth.