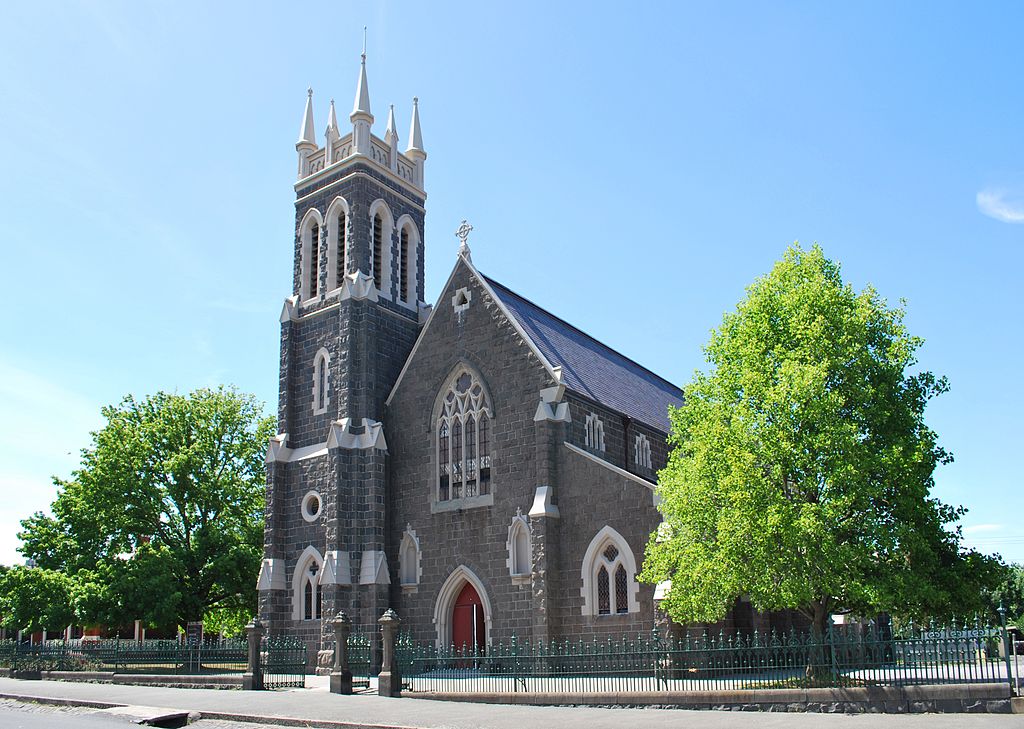 Monsignor Charles Portelli and former sacristan Maxwell Potter gave sworn evidence at the trial of Cardinal George Pell on child sexual abuse charges. Both categorially denied that it was possible to pull a liturgical robe (an alb), such as the one worn by the Cardinal at the time of the first alleged offence, to the side while the cincture was tied at the waist. If this was true, the acts alleged by the Cardinal’s accuser, former choirboy Witness J, were impossible.

Later, the Victorian Court of Appeal judges had the same opportunity as jurors to assess the manoeuvrability of an alb as a garment. Two of the judges found that ‘it was well open to the jury to reject the contention of physical impossibility. The alb was neither so heavy nor so immoveable as the evidence of Portelli and Potter had suggested’. It seems that a cinctured alb had no special claim to immovability at all.

Another witness, former altar server Daniel McGlone, gave sworn evidence that he had served at most Sunday Masses for a ten-year period but could only recall one occasion when he served at a Mass celebrated by Pell. McGlone said that he had a specific memory of the occasion because it was ‘the first time that George Pell was Archbishop in the Cathedral and I remember being excited by that’. McGlone also recalled that his mother had made a rare visit to attend the Sunday Mass.

The first Sunday Mass celebrated by then Archbishop Pell was 15 December 1996 and one of two probable dates of the first incident alleged by Witness J. If McGlone’s evidence was accepted, Witness J’s account was unlikely because, McGlone insisted, the Cardinal had remained on the steps talking to parishioners, and in particular to his mother, for an extended period of time.

But the ‘first time that George Pell was Archbishop in the Cathedral’ was in fact a Saturday evening vigil Mass in November 1996. When questioned, McGlone not only denied having taken part, he added that he did not believe in Masses of that kind. Yet a photograph taken at the vigil Mass showed conclusively that McGlone had been present with other altar servers.

It is difficult to draw conclusions about trials such as this one, and only the jurors know what their deliberations were when they concluded that the Cardinal was guilty beyond any reasonable doubt.

Still, the case against the Cardinal must have been redolent with doubt.

A four-week trial concerning brief—but seismic —events from decades earlier. The disadvantage to the Cardinal in being confronted with allegations of criminal offending years after the events were said to have occurred. An account from a complainant, Witness J, who was clearly considered persuasive and credible despite lengthy cross-examination and little, if any, corroboration. An unsworn denial from the Cardinal but sworn evidence about general Catholic church practice and from ‘opportunity witnesses’, including Portelli, Potter and McGlone, concerning the Cardinal’s and others’ movements following the conclusion of Sunday solemn Mass. With much, but not all, of that evidence of practice and opportunity, if accepted, making Witness J’s account improbable, if not impossible.

But there were footholds in the quagmire, some things about which the jury might be certain. One was that the Cardinal’s robes had no unusual properties; they could be moved even while the cincture was tied at the waist. As for McGlone’s evidence that he had not attended the earlier vigil Mass, there he was in a photo! And what was a jury to make of his sworn testimony that he did not ‘believe’ in Masses of that kind?

Was it possible that the jurors concluded that these three witnesses’ evidence was not credible? Not just mistaken or confused, as was Witness J’s evidence at times, but that they were not ‘witnesses of truth’ (to borrow the term adopted by the majority judges of the Victorian Court of Appeal when describing Witness J and upholding the jury’s verdict)? Perhaps sincere, but assessed as ultimately not to be relied upon. Indeed, the High Court itself noted that, at the trial, Potter was aged eighty-four and ‘suffering from some mental infirmity [and at] times, his recollection of events was apparently flawed’.

According to the Victorian bench book for judges conducting jury trials—such as the Cardinal’s—it is for the jury, who have seen and heard the witnesses, to decide whether they accept their evidence:

It is up to you to decide how much or how little of the testimony of any witness you will believe or rely on. You may believe all, some or none of a witness’s evidence. No one can tell you how to approach any particular witness’s evidence in this regard…

In making your decision, do not consider only the witnesses’ testimony. Also take into account the exhibits… Consider all of the evidence in the case, use what you believe is true and reject what you disbelieve.

Might jurors, not using any special skill but their common sense, examine the robes and the vigil Mass photograph and reasonably decide not to believe any of the three witnesses’ evidence? It seems possible.

Well, not according to the High Court. Whatever the jury’s reasoning, its verdict was irrational. Importantly, this was not because corroboration of Witness J’s evidence was required. Nor was it because the High Court ‘duplicate[d] the function of the jury in its assessment of the credibility of the witnesses’. Instead it was, as the Cardinal’s lawyer had argued, because of ‘the compounding effect of the improbability of events having occurred as [Witness J] described them in light of unchallenged direct evidence and evidence of practice’.

That evidence consisted significantly—but not only—of the evidence of Portelli, Potter and McGlone. They are named more than eighty times in the High Court’s analysis of the limited number of issues it considered before deciding that in light of ‘the compounding improbabilities caused by the unchallenged evidence’ the jury, acting rationally, would have had to entertain a doubt as to the Cardinal’s guilt. (Somewhat gratuitously, it added ‘Plainly it did’, when it was evident that it was not plain to either the jury or the majority of the Victorian Court of Appeal.)

It seems then that it was the unchallenged nature of the inconsistent evidence that was critical to the High Court’s analysis.

Now it is true that, in stark contrast to Witness J, who was challenged as a liar and fantasist by the Cardinal’s defence lawyers, the prosecution chose not to challenge witnesses as liars if they contradicted Witness J’s account.

But this is where it gets really interesting. The prosecution’s ability to cross-examine those witnesses was further limited by the trial judge to ‘a relatively narrow basis’. The prosecution was allowed only ‘to test and challenge any categorical and unqualified assertions which effectively allow for no realistic possibility of departure from a practice, which in turn excludes any possibility of opportunity for the offending conduct to have taken place’.

Specifically, the trial judge disallowed the prosecutor from cross-examining Portelli and Potter on ‘whether [they] consciously or unconsciously held any allegiance’ to the Cardinal, noting:

In my view, terms such as allegiance or loyalty, especially in the context of this case, are very loaded terms. They are pregnant with suggestions of a deliberate or calculated decision to protect the [Cardinal] or perhaps the Church for reasons of obedience. If such questioning does not raise the issue of perjury, it goes perilously close. It risks the impression being left that these witnesses are lying, or being less than truthful, and that they are doing so out of a sense of devotion and expectation.

In my view, it would be unfair to the [Cardinal] to allow such questioning, in circumstances where the prosecution, on the state of the evidence as it stands, eschews any allegation that these witnesses are lying.

In relation to McGlone, the trial judge’s direction is not publicly available, but it was described by Victorian Court of Appeal justice Mark Weinberg in his dissenting judgment as allowing the prosecutor to cross-examine him ‘in a restricted form, going only to memory, and not to truthfulness’, without any cross-examination directed towards establishing partiality or bias on McGlone’s part. This was ‘having regard to what [the trial judge] perceived to be the background of prejudice associated with the [Cardinal’s] involvement in the Catholic Church’s general response to sexual abuse of children, on the part of clergy’.

There is a stark incongruity in this.

The trial judge said that this was to prevent unfairness and prejudice to the Cardinal. That may well have been fair enough given perceptions about the Cardinal’s involvement in the Catholic Church’s general response to child sexual abuse by members of the clergy. But wasn’t there substantial unfairness and prejudice to Witness J when the High Court then overturned the jury verdict because the inconsistent evidence of those witnesses was unchallenged?

It leaves little reason to have faith in the legal system.

Jeannine Purdy is a researcher and writer. She has worked for a former chief justice of Western Australia, parliamentary committees, the Royal Commission into Aboriginal Deaths in Custody, and several government agencies including the WA Law Reform Commission and the inquiry into the response of public officials to the sexual abuse at St Andrew's Hostel, Katanning.