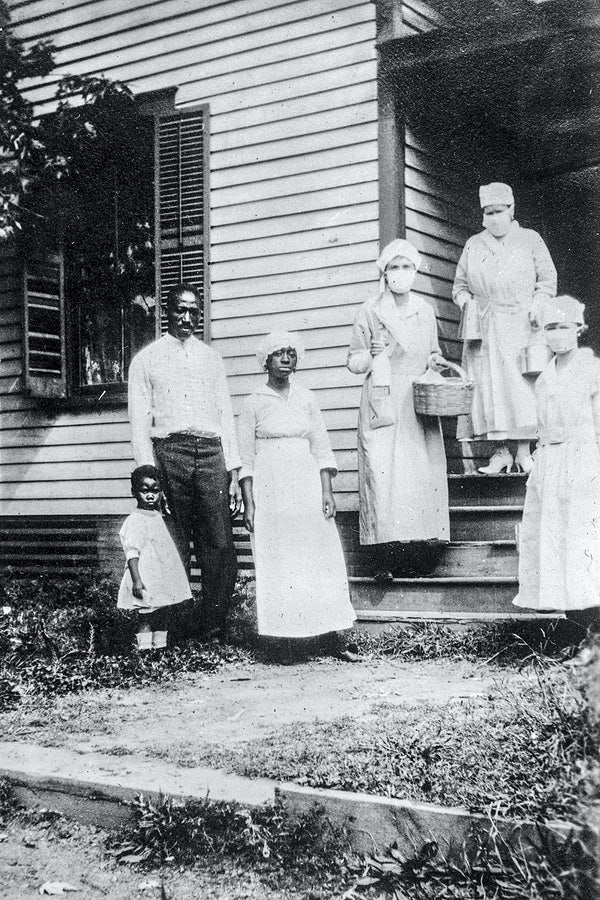 During the coronavirus outbreak, it’s easy to feel like a leper. For a brief moment, you sense what it is to be abject. People cross the road to avoid you and look at you as a risk or a threat, because you’re suspected of carrying the disease.

Thankfully, those feelings of rejection are moderated by reason. By the same logic that people avoid you, you avoid them. Mindful that the aversion to contact is reciprocal and for a benign cause, we quickly suppress the concern of being spurned and shunned.

But those initial reflexes from social-distancing measures give us invaluable insights into the condition of social Others who are treated like permanent lepers in our community. It isn’t just how people regard you but how you relate to authority. You’re afraid of police enforcement of social distancing, and feel uneasy leaving the house. Fearing some unwitting non-compliance, an encounter with police and the need to explain your presence outdoors make you anxious. Long before the COVID-19 outbreak hit Australia, communities in our capitals were already engaged in ethnic social-distancing measures by self-regulating their movements and behaviours, and by not going out with friends—not because of a global pandemic but due to the fear of being perceived as gang members.

Earlier this year, as part of our project ‘Youth multiculturalism from below: learning, sharing and living sports and arts on the fringes of Melbourne’, we conducted focus-group discussions with Australian South Sudanese youth in Melbourne. They shared their stories of frustration and challenge but also resilience and creativity in the face of sustained negative labelling and discrimination.

In addition to the examples of discrimination they mentioned—e.g., not getting callbacks from potential employers—the young girls and boys we talked with felt that they did not enjoy the freedom that youth should have in going out and socialising with friends, and this was particularly troubling for them. Although the media and political frenzy around ‘African gangs’ has subsided, the consequences have not, and young members of certain ethnic minorities still struggle with the impact of systematic discrimination on their everyday life. Some of the youth in our study explained how their parents are fearful when they go out with their friends. Males seem to be at a special disadvantage:

I think with parents, they say not to walk in big groups, or don’t dress like in the profile and stuff like that… Because the profile is a big group of black boys walking around. But like that’s their friends.

Because we tend to walk around in big groups, so you know they see a group of youth walking by, and you know, they’re like, there is a gang, so straight away it’s a gang.

Not only do these youth experience discrimination and labelling in their current life, but their futures—that is, their career options and employment opportunities—are also negatively impacted:

I am afraid, like later on when you are trying to get a job, how is it going to look? Because some people will be like, ‘Oh, that person is of that culture, should I hire them or not?’

Still more telling is the observation that some of the Australian South Sudanese who participated in our study seem to have rationalised these troubling experiences as a normative process in Australian migration. They believe that every migrant group arriving in Australia goes through the same or similar processes of stigmatisation:

I arrived in 2004, and I also think the media, it’s like, propaganda, so how it started with the Irish and the Chinese, the Lebanese and now it’s targeting the Sudanese because it is like an unknown culture. They like to stereotype and target them, so I think that it is like that for our community.

The damage that racism causes is beyond measure and has long-term adverse impacts on Indigenous people, new migrants, and those who are born to migrant and refugee parents. What makes everyday racism  even more complicated is that, unlike the COVID-19 pandemic, it does not seem to be viewed as an immediate threat to public life and therefore attracts no measures to counter it. On the contrary, racism has surged, for example in the case of discrimination against Asian Australians, who are caught in international politics and are unfairly linked to the source of the coronavirus.

Racism threatens lives and livelihoods globally. In an extremely disturbing video recorded by ordinary citizens, the whole world saw how George Floyd, an African American in Minnesota, died under the knee of a white police officer whose job was to protect citizens. Floyd’s tragic death, especially his last words, ‘I can’t breathe’, triggered large-scale riots across the United States against sustained racism and normalisation of social inequality. Unfortunately, racism and mistreatment leading to Indigenous deaths in custody do not always receive adequate media attention to arouse public alarm and concern, as they are not considered ‘media-worthy deaths’.

Eventually, we trust, the virulence of the pandemic will recede, and the social-distancing measures associated with it will ease too. But what will happen to those disadvantaged groups whose public life is threatened not by an easily transferable, invisible freak virus but rather the older tenacious social contagion called racism? The international cooperation to manage the pandemic has no counterpart when it comes to the sufferers of racism. The virus has prompted nations across the globe as well as citizens of particular countries who are hit by it to work diligently to fight it, displaying unprecedented solidarity and coordination in defeating a common enemy.  Let us hope that the day will come when all people can freely go out without the fear of being discriminated against, or being questioned about where they are going, with whom they are hanging out and what their purpose is. As Charles Foster has noted, one of the positive things that may emerge through this pandemic is the realisation that people are not islands. We are interconnected and we influence each other’s well-being.

Note: This article is based on the research project ‘Youth multiculturalism from below: learning, sharing and living sports and arts on the fringes of Melbourne’, funded by Gandel Philanthropy.

Tuba Boz is a postdoctoral Research Fellow at the Social and Global Studies Centre, RMIT University.

Masoud Kianpour is Assistant Professor of Sociology at the University of Isfahan (Iran) and Associate Member at the Social and Global Studies Centre, RMIT University.