Kettling for COVID: Police and protest in Melbourne 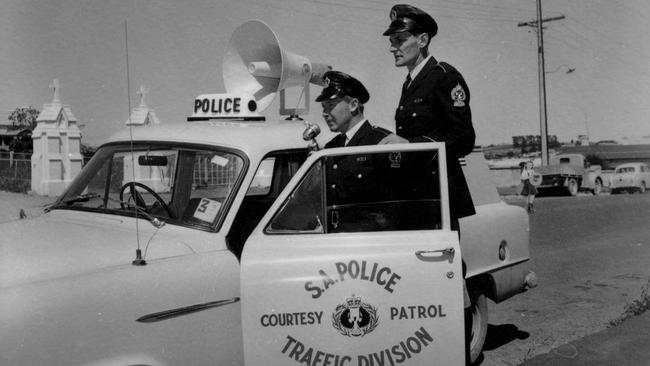 There’s no love lost between people on the broad Left and those attending, or those we believe to be attending, recent anti-lockdown demonstrations in Melbourne. Associated with right-wing groups spruiking slogans about ‘liberty’—a word and concept never really part of the Australian political lexicon and an import from American movements particularly active at present—these people strike most Melburnians as wrong. They are wrong to be in the streets, and they are wrong in their analysis. To most they would seem mad not to understand that masks have been crucial in saving lives, if not in the present period of no reported cases for twelve days, then at least at the height of the second wave. More broadly, most Melburnians would seem to hold that masks do not take our ‘freedoms’ from us; that they in fact ensure the basic one of something like a right to life, or at least an ethics of care in protection of the vulnerable.

Black Lives Matter demonstrations in Australia have caused some consternation for sympathisers amid the pandemic and the various levels of lockdown associated with it. Activists in these demonstrations have seriously attended to social distancing and have certainly worn masks; they have pressed their case for demonstrating because of the seriousness of their concerns—Black rights to fair treatment, and indeed life, in custody and elsewhere in the legal and correctional systems. Yet others who see COVID-19 as an immediate and pressing threat haven’t been sure about their priorities, at least in the short term. It could be argued that regardless of what people thought about the BLM demonstrations during the first wave (which, incidentally, did not prompt a spike in cases as a federal National Party minister falsely claimed), the second much more serious wave changed the public’s views on the ‘right’ of people to demonstrate during a pandemic.

Victorians have been very solidly behind Premier Daniel Andrews and his dogged pursuit of his way through the crisis, redeeming himself in the eyes of many by sticking with it, by facing up to daily information-giving sessions, and by retaining a sense of calm and even-handedness in the face of all sorts of provocations, locally and federally. By implication here, too, Melburnians have seen the police as rightly tasked with enforcing the various conditions of the lockdowns, and other restrictions. There have been very few incidents of people turning up to shops without masks and demanding to be allowed in as a matter of right and few attempts to get through the police cordon around the Melbourne metropolitan area. If there is a law about prohibiting public gatherings, and a reasonable enough safety rationale behind it, as well as limits on its duration, then Melburnians have generally accepted the enforcement role of police. There is, then, an argument, and by law a duty, for police to bring rallies, on whatever side of politics, to an end—peacefully.

However, the role of the police—and their tactics—can never sit outside criticism, either in relation to the immediate empirical situations in which they work, or structurally. In Victoria, protective services officers (PSOs), too, must be accounted for: they are not police and do not have the same training as police do, but they carry firearms and they have been given greater powers during the pandemic. The radical Left has always identified police as agents of the state, and the state as the expression of various kinds of invested power: class, patriarchal and racial. Part of the left-structural critique of where the loyalties and functions of the police and enforcement agencies lie is about the nature of policing cultures and their propensity to embed increasing layers of practical violence into what is uniquely (apart from the armed forces) their state-legitimised use of force. As Arena has documented over the years, police forces everywhere have been militarising their equipment, procedures and general outlook, and taking up something of a different relation to society. They have been taking on the strategies of special operations forces, influenced by discourses of terrorism, learning new and terrifying tactics disseminated by the United States to Australian agencies, and in many cases learning from Israel’s specialisations in domestic suppression of dissent and colonial occupation. And all this potentially applied to demonstrators of all ilks, when there is a basic requirement within a democracy of the opportunity for peaceful demonstration.

One of the tactics visible at the most recent anti-lockdown rally, and learnt by police forces around the world, was kettling: the corralling of protestors. Notably used against protesters participating in a 1995 disability-rights march to the UK parliament, kettling is the practice of forcing demonstrators—often a group separated from the larger group—into a confined space, or using police lines themselves to construct such a space and enclose people still further. The tactic is not just to physically limit protestors but to maintain the cordon around them for hours. The theory behind it is to produce boredom in the protestors and thus persuade them to give up and go home. It has now been used by police forces around the world since its successful use in Great Britain. However, often the outcomes are not those claimed by police; instead, the tactic can produce fear, frustration and anger in demonstrators that can develop into violence. One famous incident in Washington, DC, in 2003 saw police kettle everyone, demonstrators, people walking in the street, lawyers and nurses on their way to work, and then proceed to tie them all up—‘hogtied’, as one observer noted—and take selfies with their prisoners. The civil suits are still working their way through the system.

Kettling is the use of police bodies and their various layers of armour as a machine—a technological melding of muscle, weapons and intimidating, state-sponsored violence. It creates, in that it necessitates, a particular kind of aggressive masculinity—not unlike the masculinity and associated terrors on display in recent exposés of unlawful killings by Australian special forces in Afghanistan. Kettling tactics have been added to the general armory of police forces: from age-old wooden beating sticks, infiltration, agent provocateurs, and horse-mounted charges through to high-tech chemical weapons—known by the euphemisms ‘pepper spray’ and ‘tear gas’—drone surveillance, predictive police algorithms, electro-shock weapons, lethal ammunition in firearms and other frightful experimental weapons coming out of military research.

We weren’t at any of the anti-lockdown rallies, and among the demonstrators there were hefty guys swinging punches whose own threatening masculinity was in plain view, but anyone who has ever been to a demonstration knows that the chances are that police tactics and psychology will amplify tensions and conditions, and push people into violence—often only minor, but readily used by police to justify extreme actions. We didn’t need the pandemic to reveal any of this about police force, but this case made plain the tactics that will be applied to all if authorities judge a demonstration to be a threat to ‘public safety’.