The Dismissal: The Beginning of the Era of Total Surveillance 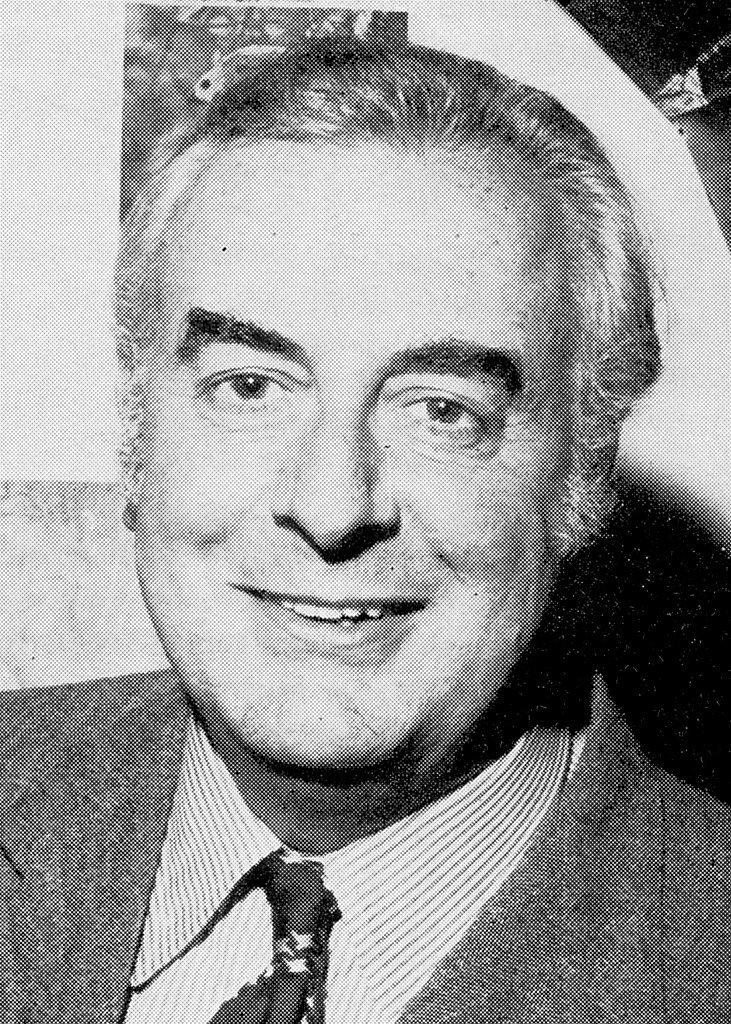 A head and shoulders picture of a smiling Gough Whitlam at the launch of the Australian Conservation Foundation's newsletter in 1973.

He wrote to assure Buckingham Palace he had done enough to protect the honours systems, knights and dames and so on. He wrote on whether the curtsey still had a role in official protocol. He wrote with his views on inflation, local elections, and the persistence of morning dress. He wrote and wrote and wrote. Governor-general Sir John Kerr’s letters were often six pages long, single-spaced typing, fired off from the day in 1974 when he was appointed by the Queen on the advice of Gough Whitlam until his early resignation in 1977, when public loathing of him made his continued tenure impossible. With the release of the letters last week by a reluctant National Archives, after a four-year legal fight by historian Jenny Hocking, the dismissal has come roaring into the public sphere once again. This may well be the last time. When the half-century arrives in 2025, practically all of the participants will have departed, and even those with a childhood memory of the incident will be in their sixties.

So it’s worth noting why the dismissal matters, far beyond the concerns of a section of the Australian Left whose focus has been on the fact that a royal representative sacked an elected prime minister, continuing decades of British dominance. The dismissal and its lasting influence turned on Australia’s dual character: as a settler-colonial nation in alliance with Anglosphere powers, playing policeman in Asia, and as an underpopulated, underdeveloped dependent power, seeking to create the conditions of its independence.

Over at Jacobin, for those unfamiliar with the details of the events, I have a longer account of the dismissal, setting the Australian political and constitutional crisis in the wider context of politics in the fourth decade of the Cold War.

Here, the briefest of summaries is that the Australian Right regarded the Whitlam government as illegitimate from its election in 1972, and sought to undermine it from the start. This included elements within Australia’s intelligence agencies ASIO and ASIS, angry at Whitlam’s limiting of their scope of action. Whitlam and Labor’s criticism of the US government’s waging of the Vietnam War enraged President Nixon, and the Whitlam government’s raid on ASIO offices in 1973, to investigate their failure to crack down on right-wing terrorist groups, put us on US spy agencies’ ‘untrustworthy list’. Meanwhile, in 1974 Whitlam went to elections to gain control of the Senate, and in December 1974 authorised an ambitious plan by energy minister Rex Connor to find $4 billion in petrodollar loans (about 10 per cent of GDP, or $200 billion today) to develop a uranium-fuelled energy industry creating virtually free power. When Connor tendered out these loans for finding, a dozen global money agents came out of the woodwork, at least half of them CIA and US government fronts left over from the Vietnam War. Connor chose Tirath Khemlani, a Pakistani financial agent, who jetted round the world sending back hopeful telexes. By mid-1974, Treasury had objected and Connor’s authority had been removed, and yet he continued to authorise Khemlani to find money. When this was revealed, it became clear that Connor (and without knowing it, Whitlam) had misled parliament, and in October 1975 the new gung-ho opposition leader Malcolm Fraser used this as an opportunity to block the passage of budget bills in the Senate—which, due to changes, he now controlled again—and demand an immediate election. Whitlam pushed back, seeing a chance to break the power of the Senate once and for all, and refused absolutely. He felt that he could hold out, and that if a crisis came, Sir John Kerr, the governor-general he had appointed, was a man of the law and a Labor man, and would not arbitrarily remove him from office—a possibility that, before the dismissal, was seen as close to archaic.

To try to outflank Fraser, Whitlam’s staff revealed that a covert CIA agent, Richard Stallings, was bound up with the Coalition partner, the National Country Party, and also raised questions about the continued presence of US spy bases such as Pine Gap in the country—bases that were up for lease renewal on 9 December. Stallings, arriving in Australia in 1966, had established Pine Gap, and it operated as US soil, with no direct Australian staff. It monitored the USSR in ways that breached treaties, and also monitored civilian communications.

The government’s naming of Stallings, and its threat to fully expose CIA covert action when parliament resumed on 11 November, sent the country’s national-security establishment into a panic. Whitlam had already sacked the head of ASIS. In the days before parliament resumed, the CIA sent a long telex to ASIO suggesting that intelligence sharing would cease if Stallings were named. This was shared with Kerr, who was also briefed by Defence senior public servants as to the importance of Pine Gap. As the letters show, on 6 November Kerr had written to the Palace saying that the opposition had  ‘deferred’ the spending bills, and the thing would play out until the end of November; on 8 November he was briefed on the defence issues (unmentioned in the letters); on 11 November he sacked Whitlam and his government; and on 20 November he wrote to the Palace, describing the votes not as ‘deferrals’ but as ‘refusals’, and arguing that the situation needed to be resolved, to make a December election possible.

The argument from the centre and one part of the Left has always been that the dismissal turns on Kerr’s vanity, his desire to insert himself into history, and his deference to royalty and British institutions. Another part of the Left has argued that the issue of the US bases and covert action was so real and important that it must have played a role. The letters at least potentially strengthen that judgement, showing Kerr’s change of mind between 3 November and 11 November.

Those who seek to deny the possibility of CIA involvement have to ignore multiple sources, including CIA whistle-blowers such as Victor Marchetti and Christopher Boyce, who have noted explicit CIA discussions about destabilising the Whitlam government.

But they also have to ignore above all the fact that Kerr had been part of CIA influence groups for several decades. Kerr was a working-class boy who got a law degree, and was part of the radical Sydney Left in the 1930s—where he was seen as a future leader of a radical Australia. During the Second World War he was recruited to the shadowy ‘Directorate’, an Australian Army psyops/spy agency, that liaised with the OSS (a precursor to the CIA), and then became a senior staffer to Australian foreign minister Doc Evatt in the heady few weeks in 1945 when Evatt was acting secretary general of the new UN. In the late 1940s Kerr became an anti-communist, and a senior figure in the Australian Association for Cultural Freedom and the Asia Foundation (both CIA fronts). Rescued from obscurity by a NSW Liberal government, he became NSW chief justice and accepted a knighthood.

It’s this last turn in his storied career that convinced many of the rising young Left at the time that Kerr was a British stooge. He wasn’t; he was an American stooge, and always had been. He had been moved to left and right by the great passions of the century, and he retained a deep suspicion of the left of the Labor Party, and the union movement, which remained Communist dominated in some sections.

The strong possibility remains that Kerr terminated the Whitlam government early, in part so that a caretaker Fraser government would be in power when the leases of US bases came up on 9 December, and so that a CIA agent would not be named in the Australian parliament. That would appear to be how to read the dismissal: not primarily as a conflict between British and Australian power in a Commonwealth state but as part of the three decades of US dominance of the West via the spy agencies in the wake of the Second World War. One of Whitlam’s acts that angered the United States was withdrawing Australian cooperation from the destabilising of Chile’s Allende government in 1973. The dismissal can be seen as a soft form of that hard coup.

But equally it can be seen as something pointing to what were then future forms of power. Pine Gap was a new type of facility, the first part of what would become the capacity for total world surveillance that Edward Snowden has revealed is being conducted by the NSA. Political formations within Australia had been fighting for their independence for decades, from British rule, from crude US dominance. Pine Gap was a new form of power that undermined the capacity for states to achieve any independence, because their borders could not be maintained against mass surveillance. After Pine Gap was re-authorised, the Fraser government went on to authorise the ECHELON program, which drew Australia deeper into global surveillance on behalf of the United States, using a larger network of spy stations. The bases used the remoteness of Australian locations to gain clear surveillance quality, and the Australian jurisdiction to keep them clear of US constitutional controls. The dismissal as the ‘Pine Gap’ moment was the point at which we radically lost our capacity, in the Cold War, to chart an independent foreign policy and military course. The dismissal was an event for both Australia and the world, of far greater significance than is widely supposed. A defender of Kerr’s would write a book about him entitled Sir John Did His Duty. Indeed he did. But to whom?