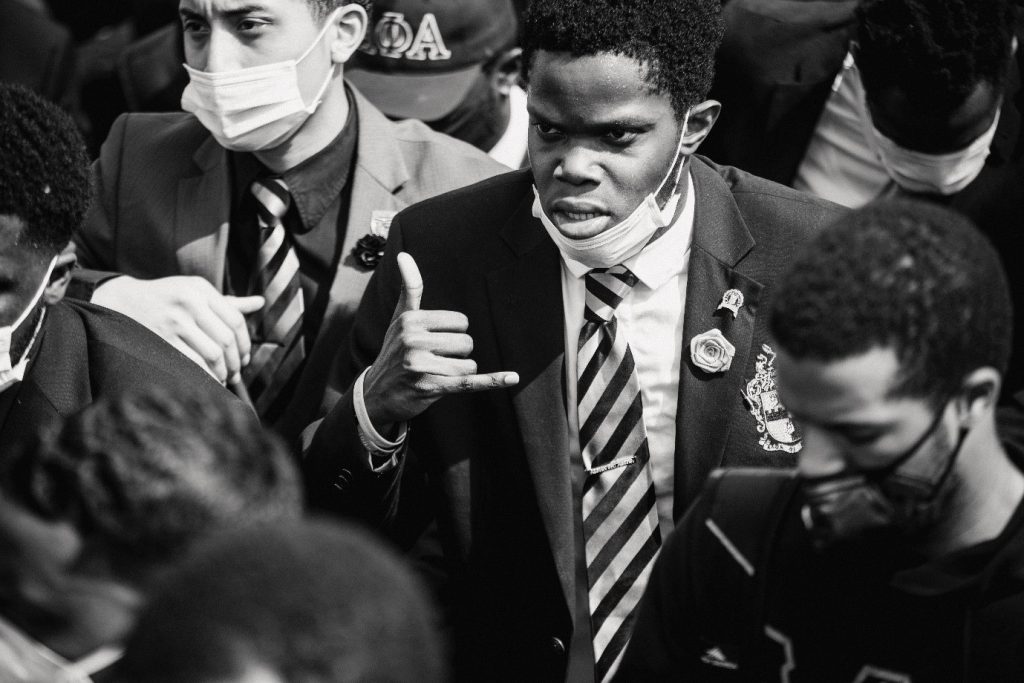 Image by Life Matters. From Pexels. Free to Use.

Universities should be at the forefront of a socially just democratic society, and to do this we have to change real structures of control and power.

Sguul Hayetsk, member of the Gitxaała Nation, and Professor of Anthropology at the University of British Columbia

The pathologies of now

We find ourselves in a surprise moment of viral plague that has been overturning everyday life, but also, finally, through this required dynamic of the overturn, we find ourselves in a moment where we are seeing the long shadows of the Other plagues: domestic and family violence; racism; pollution; chronic illness; work overtaking life; the comparatively torpid search for cures to ailments other than COVID-19; unequal access to healthcare, reliable facts, and justice; and the state of the university.

The curtailment, in many cases collapse, of travel due to the virus, and the resulting belt-tightening all around, but also the rise in concern over racism and free speech, has cast a light on the litany of problems that universities, including Australia’s, are expressing and facing. Such problems are of their own making but are also the product of chronic underfunding by successive governments at all levels. In Australia, they begin with:

What results from this is a cascade of pathologies that are now legion.

Universities have become increasingly marketised: more students are needed. This drives the trouble of sometimes advertising promises that are too good to be true, weakening demand on students to work on their studies and faculty to invest more time in all aspects of teaching, cheapening the substance of degrees, and eroding the social fabric between students and faculty.

Students are treated as customers and faculty are treated as clients; cashed-up businesses are courted so that money can be washed through the university’s system, as this helps with rankings; and researchers are encouraged to commercialise their discoveries so that the university can earn off licensing them—freeware ist verboten or at least strongly frowned upon.

Leadership at the ‘coal face’ is paternalistic to both students and faculty so that the focus of the latter is kept on the consumption and production required by management to meet their targets. This breeds a toxic suspicion of students and faculty, who are seen as lawsuits or diplomatic scandals waiting to happen, particularly if they resist the directives from above.

Postgraduate and recently graduated students, especially doctoral candidates, are kept on precarious contracts—that are now the subject of a nation-wide wage-theft scandal—and must look forward, they are commonly told, to little promise of an ongoing position in academia.

International students are slobbered over as walking dollar signs while treated in certain places, dismissively, as people ‘just trying to get permanent residency and using universities to do it’.

The ‘big three’ global university rankings tables and a variety of smaller international and domestic tables in relation to research and teaching lead to ‘gaming the system’, where researchers are told to publish in only select outlets (thus reinforcing the unjustifiable privilege of Western, Northern and typically US-American journals and book presses), where highly-cited researchers are approached by universities to ‘buy their CVs’, and double-speak is injected into the university’s common language in the hopes of ‘nudging’ students to click on the ‘right’ parts of the ranking-related surveys they are asked, from time to time, to complete.

There is an alternative. Various historical traditions of the university offer us a starting point, to remember but innovate from, not rehash and hope for better this time around. These traditions are centred on concepts of faculty and student democracy with strong, sometimes generations-deep, social ties to the many communities that they engage with and have engaged (individuals, peoples, governments, businesses, NGOs, associations and so on).

Such traditions were structured, governmentally, on the collegiate and union models (for the latter more in Europe and the Americas than Australia) where faculty and students were self-organised into political and teaching, but also research and administrative, bodies who decided together and against one another how the university should be governed.

Power, and the legitimacy to decide, must return to the greatest number of those who find value in and who make up the university. A university is its people, not mere instruments, buildings and brand.

I propose a tricameral system that is inspired by innovations in participatory democracy and demarchic experiments that are cropping up here and there in the world today. This is very different to election and distant, indirect, rule—a procedure of democracy that history has shown is manipulable by autocrats and demagogues or by those John Keane terms the new despots.

In the tricameral system the first house would be composed of a representative mixture (sample) of students (undergraduate and postgraduate, full time and part time, domestic and international, male and female, ‘able’ and differently able, high GPA and low GPA, queer and cis, etc.), randomly selected. The second house would be the same for faculty (at all levels and for all contract types; I make no distinction between so-called ‘teaching’, ‘research’ and ‘administrative’ roles—we are all colleagues). The third house would be the same for ‘external stakeholders’ (e.g. family or friends of students and faculty, members of local associations and businesses, alumni, people who live on or near campus, etc.). Houses would be rotated annually; members would serve non-consecutive terms; participation–the choice to ‘opt in’ or out–would be voluntary.

In this example, each house consists of 125 persons (it could be more or less depending on a university’s members’ preferences—my number is inspired by the ancient Tlaxcallan council) and has the right to introduce ideas for the university. Each house has the obligation to review the ideas proposed by the other houses. It is up to the members of each house to decide their rules for democratic procedure, on how to decide in-house and between houses, how to review, and how to propose. Such logics are customary to, for example, how certain assemblies work in various United Nations institutions, European Union bodies and so forth.

These houses are served by an administrative body chaired by, for example, a 36-member executive (twelve people randomly chosen or elected from a pool of volunteers from each house—again, this could be more or less in number), who serve for, say, a three-year term, who can be recalled, and who must report quarterly to all houses on the ideas they have been asked to action but also on matters of the university’s day-to-day business. This includes all financial and legal disclosures pertaining to the university.

See how power rests here with the majority. Witness how governance is conducted procedurally with the sole aim of carrying out the general will of the affected and that such should be done transparently.

These techniques have deep historical precedent, are used in a variety of institutional contexts, and are adjustable to the needs of the people using them. The details of the tricameral system in this essay serve as example, not rule, although I do maintain that the three houses and administration body are essential.

Key to note, here, is that the unique values, ideologies and desires of students, faculty and stakeholders—the cultural lifeblood of any university—emerges as sovereign will from this proposed change to the university’s ‘real structures of control and power’, as Sguul Hayetsk puts it. That is a very different and thickly democratic outcome to what we experience now in hierarchical, managerial, market-driven Australian universities.

A thought experiment for reality buffs

Finding some morsel in governmental (Commonwealth, state/territory, city etc) budgets is not realistic, especially now, during a global plague. It would, obviously, help if all companies paid the actual 30 per cent or so tax rate, but bringing that money back into Australia is likely going to take decades. One way forward is to raise a levy on Australia’s top-earning 3.8 per cent of individuals.

The 2 per cent Medicare Levy is a proven model. We could use that. Applying a 2 per cent Universities Levy to the 3.8 per cent of top earners will likely (because we are working off estimates, and censuses are self-reported, so there could be inaccuracies in the data) generate a minimum $1,861,145,520, or $1.8 billion and change. See Figure 1, below, for the maths.

Divide the $1.8 billion and change among Australia’s thirty-seven public universities (private universities are excluded) and the take-home share of that, again, minimum estimate is $50,301,230.27, or $50 million and change, on top of (not, never, in replacement of) already existing funding and benefits received from various levels of government.

If the three houses of university government, consisting of 125 persons each, met for example quarterly (four times a year), and were paid $3500 per meeting (inclusive of superannuation and associated costs), and this body was served by an elected administrative branch of thirty-six people who were paid an appropriate salary (the Australian Public Service can serve as a benchmark), there would still remain tens of millions in the coffers to provide bursaries to international students (yes, we should paying them based on need and merit, not the other way around), equitably fund all classes of research and hire more faculty to reduce class sizes. There would also be the funds to increase other types of cultural and scientific services, such as research, teaching, community events, providing safe haven, increasing poverty relief for students, supporting cooperative enterprises (particularly student-owned ones) and opening participatory experiments (especially for stakeholders to join).

This is how universities can regain their fiduciary and ethical independence but also curb, if not entirely avoid, the pathologies of now.

We can add more to this levy-derived money by making it optional for persons in lower income brackets, such as myself (I’m in the second income bracket), to opt in. I would opt in as long as I knew that my contribution could not be spent on anything other than the democratic governance of universities and the cultural and scientific services just listed.

Universities, in their transition to a democratic form, should work with all levels of government (local, state/territory and Commonwealth, as appropriate) to ensure that their agreements, charters, etc. are backed by law—especially in relation to what the levy money can be spent on.

The democratic university is ours, if we want it

If enough of us genuinely want the democratic university, it will happen. But you have got to be thinking about it, talking about it, dreaming about it and exciting others about it. Why? Because that’s often what we do in relation to the things we value and cherish, that move us, that we care about, and that we wish to see realised.

We have got to organise and push for it. That’s the hard road we must take to change an entrenched status quo. But the Medicare Levy happened (and I am proud to pay it—I don’t go private). Perhaps so, too, a University Levy will come to be.

The theories, practices and financing instruments are all in place.

I see no other way but this.

Jean-Paul Gagnon directs the Foundation for the Philosophy of Democracy and is senior lecturer with the School of Politics, Economics and Society of the University of Canberra. He co-edits the journal Democratic Theory.