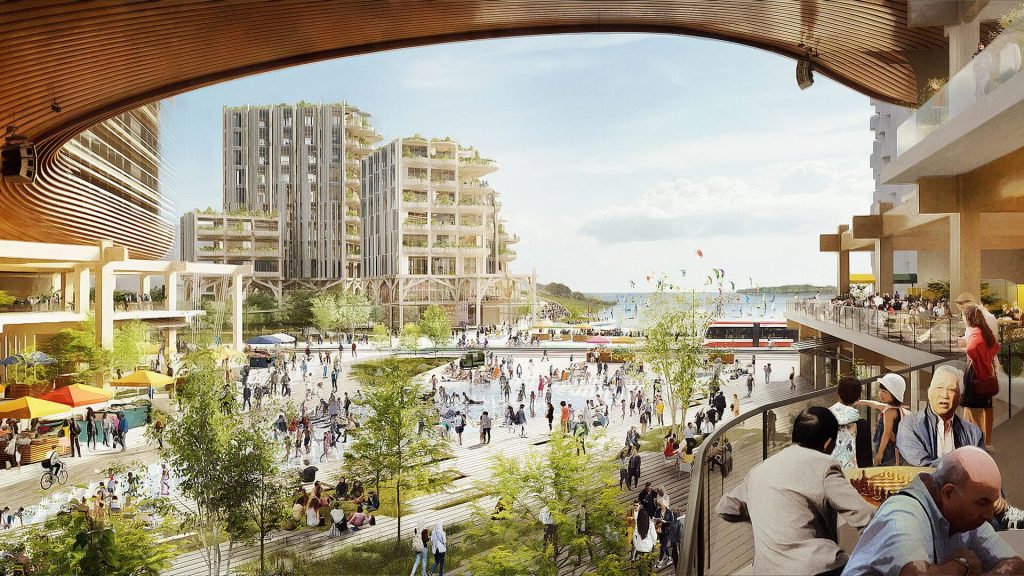 Part I of this article is available here.

When considering questions of local governments and the computing technologies they employ, these matters need to be thought through using integral approaches. This article draws on both infrastructure studies — which focuses on socio-technical systems, analysing networks and computer-based infrastructure — and platform studies, a branch of media studies that analyses computer devices and software environments and their effects on different social actors and socio-economic structures. Combined, they allow examination of the ‘smart city’ approach to urban development, its ownership and governance, and the business models that drive it. Computer-based infrastructures are designed, programmed and controlled by governments and large corporations. They develop in phases and become part of networks, and because of the diversity of interacting stakeholders multiple social commitments arise. Infrastructures also create dependencies, since they are deeply embedded in our social system and have the power to affect culture. People can rely on them, as they endure through time—this is the case with the internet and—to take a more long-lasting example—with railroads.

Platforms are system architectures programmed to serve a specific purpose, provide user connections through an interface and allow data flows. They are mostly profit oriented, and through default settings and affordances they connect communicative practices with a market logic. Their structure, purpose and use are determined by different economic and social motivations. ‘Smart city’ platforms and service-oriented platforms are not exceptions; they program the city, reflecting strategic choices to manage it in an efficient neoliberal way, while downplaying their commercial interests and promoting the illusion of stakeholder empowerment and participation. ‘Smart city’ platforms aim to centralise the management of city functioning through integrating sensors and communication technology. Like other platforms, they are developed and managed under largely central corporate control, which creates data lock-ins, built-in obsolesce, compulsory upgrades and limited interoperability, and more importantly removes citizens’ democratic freedom to decide.

Whoever controls the computer-based infrastructure of the city can determine the type of future the city has. If we create an analogy with the example provided by Ganaele Langlois and Greg Elmer about Facebook locking in developers and users and controlling their ‘walled’ environment, ‘smart city’ vendors and their platforms will immediately lock in governments and citizens and limit their development, shaping the way we relate to the city while programming citizens’ behaviour. Their governance power becomes strong in any negotiation processes about the future of the urban environment. Adjudicating the management of the ‘smart city’ to corporations means that they will become entitled to program and adjust city processes through the management of sensors and data flows. Public administration becomes an application, and citizens’ relationship with it is mediated by privatised technology infrastructure. The ‘city as a platform’ is a market simplification of urban life, where citizens are connected to extractive, for-profit services.

Besides the technological infrastructure that supports them, platforms are usually composed of technological dimensions. In the case of ‘smart cities’, data and metadata are obtained by sensitising the city, which provides information about the urban environment but also includes public and personal data, which has social, political and legal implications. Algorithms then process the data and metadata—they are the programmed instructions to produce feedbacks and outputs. The protocols used are the rules for programming and the governing instructions for users to obey; they operate behind interfaces. Interfaces have a front end for users to interact with and a back end that connects the platforms with the infrastructure and the data sources. Interfaces have predetermined settings, or defaults, that are conduits of users’ behaviour. Deconstructing the platform is an important step in order to understand the logic of extraction and identify the infrastructure supporting it.

The primary idea behind ‘smart cities’ is that they need a network of interconnected devices that includes sensors (data sources), cloud computing and analytical power, and data sets. Platforms are then programmed to provide ‘solutions’ (services) to cities and citizens. These service-oriented platforms are mostly private, and access to them is obtained in return for the surrender of information. One way to approach the datafication of the urban environment and its implications is to bring the infrastructure involved in collecting and processing data to the foreground of the debate about technology and the city and make its politics noticeable. It can be useful to analyse the practices behind data harvesting: what is being measured, how is it being categorised, and what are the calculations behind it? Although platforms could be a medium to make data legible to different groups of people and they may help socialise the ‘fruit of the harvest’, for this to be a citizen-oriented endeavour, technology infrastructure must be secured as a public good first; otherwise, platforms will only make visible what the owners want them to make visible, and they will continue to obscure the key infrastructures and the politics behind them.

The cryptic ways of programming platforms will never completely allow us to know the number of feedbacks and the perversity of their nudging, and critical citizens will be needed in order to hold algorithms accountable over time. The alarming trend is that public services are being privatised and automated, andco-created knowledge is being locked into profit-oriented corporate ecosystems. Privatised computing-technology infrastructure deployed across the city will continue to harvest information under specific business agendas that will also feed multiple types of platform that will access that data under different types of transaction arrangement. Data is constantly being traded and monetised. To halt this ghastly scenario, one interesting alternative is municipalising urban computer-based infrastructure. It can be a fruitful investment for cities, providing them with democratic governance over the infrastructure and allowing them to explore the creation of commons agreements with the local community and its groups and movements.

In the Australian case, a municipalised computer operating system (platform) would consist in having open-code software running on top of technology infrastructure that allows management, analytics and controlled access to the municipal data repository. This would provide the conditions for a technology and data governance regime that is more citizen oriented and non-market centred. Similarly, the ‘Internet of Things’ platform should be open –source, and sensors should collect democratically agreed data about city operations. Infrastructure is a ‘common good’, but more importantly it should be a commoning process of the practice and use of socio-technical assemblages. Cities are places where deep mediatisation processes are taking place, and where digital infrastructure should be addressed to recovering some control over it, shaping a democratic vision of the urban environment—one that is not programmed to serve capitalism. A commons approach to technology might be a favourable proposition for cities to explore. And although not all city challenges need technological interventions, cities could benefit from securing their computer-based infrastructure. In this way, their technological agenda could be oriented to securing civil liberties, and enhancing the resilience of the city and the quality of life of its citizens. In Australia, councils provide a good scale at which to pursue this non-neoliberal endeavour. Ideally, when proven successful it could be replicated and scaled up to the national level.

A fully referenced PDF version can be downloaded here.

Andrés R. Yaksic is an independent writer with a background in communication studies and environmental science currently based in Melbourne.