Stand in Solidarity with Ken Loach: against the Israel lobby’s smear campaign 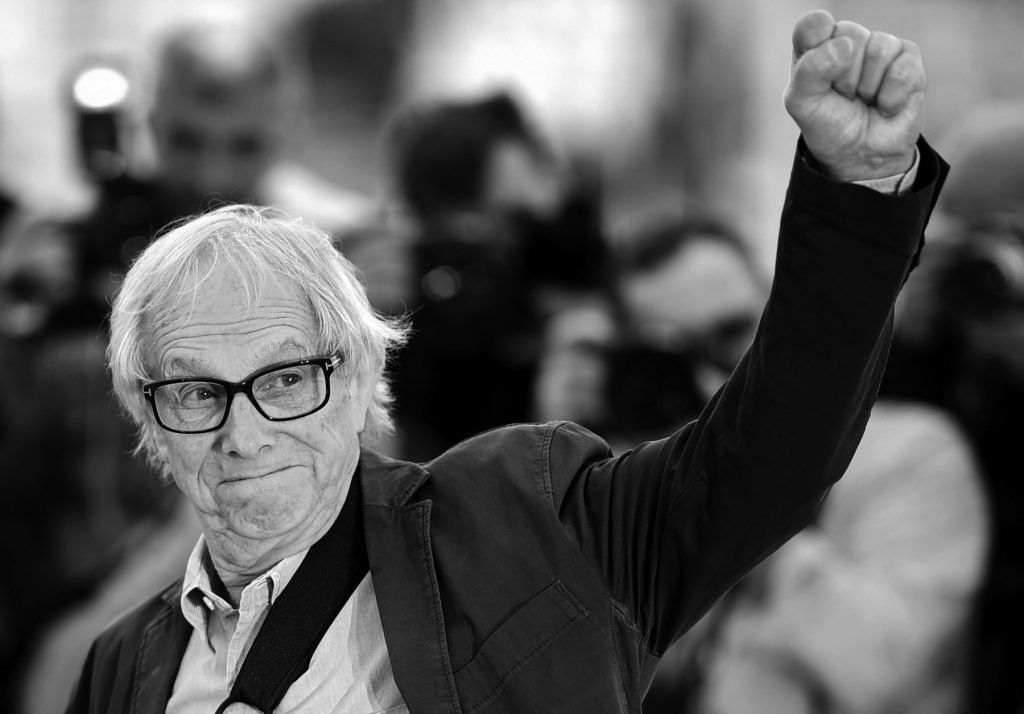 Ken Loach is one of Britain’s most revered and successful film-makers. His work Kes (1969), depicting the poetics and deprivation of northern English working-class life, was voted the seventh greatest British film of the twentieth century in a poll by the British Film Institute. He has twice won the Palme d’Or at the Cannes Film Festival, for The Wind That Shakes the Barley (2006) and I, Daniel Blake (2016)—only eight other film-makers have won this many times. Uniquely, he has entwined his film aesthetics with an agenda of standing up for the oppressed, speaking truth to power, and revisiting histories that are uncomfortable for the political establishment.

His television plays Up the Junction (1965) and Cathy Come Home (1966), and his film Poor Cow (1967) caused national debate about housing provision, social deprivation and lone motherhood. He has also directed numerous television plays in support of trade unionism, of which The Big Flame (1969), The Rank and File (1971) and The Price of Coal (1977) are indicative. He raised the issue of mental health provision and methods in his television play In Two Minds (1967).

In 1990 he risked and subsequently received a battering from the establishment media for representing British state terrorism and assassination of Irish Catholics in the north of Ireland in his film Hidden Agenda. Loach’s Land and Freedom (1995) recalls the fight against fascism in Spain, and Carla’s Song (1996) raised the issue of the US-sponsored Contra insurgency in Nicaragua against the country’s legitimate government. Loach’s solitary US-based film Bread and Roses (2000) represented the ‘Justice for Janitors’ campaign of the Service Employees International Union (SEIU). Of his two Palme d’Or winners, The Wind That Shakes the Barley (2006) revisited the compromises of the Irish struggle against the British, and I, Daniel Blake (2016) confronted the horrors of the UK welfare system.

This list of films is not even Loach’s entire portfolio. So you would think his reputation would be beyond question.

Yet in February 2021 the Master of St Peter’s College, Oxford, Judith Buchanan, apologised to Jewish students for offering a speaking invitation to Loach, who is one of its alumni, a veteran film-maker, a globally respected human rights activist, and a champion of socialist human solidarity. This apology was made on the basis of smears that alleged that Loach was anti-Semitic, raised via the post–Gaza bombing, pro-Israel, media moral panic.

As he is an advocate for Palestinians, this wasn’t Loach’s first smear in the years following the bombing. In 2017 the Guardian’s Zionist editor of opinion, Jonathan Freedland, made similar unsubstantiated allegations of Loach’s supposed anti-Semitism in his column. Indicative of the one-sided media manipulation at work, Loach’s demand for equivalent space for a traditional right of reply was denied, forcing him to make his rebuttal on the anti-racist Jewish Voice for Labour website. As the St Peter’s College incident demonstrates, the Israel lobby is now attempting to chase him from event to event.

The attacks on Loach and many others were part of a broader campaign to invert the status of victims and aggressors: according to the UN the 2014 bombardment of Gaza consisted of 6000 air strikes, 14,500 tank shells and 45,000 artillery shells deployed between 7 July and 26 August, killing 2252 Palestinians, of whom 551 were children. The hysteria unleashed by this status-inverting campaign has resulted in threats and abuse at the launch of the book Bad News for Labour by academics Greg Philo, Mike Berry, Justin Schlosberg, Antony Lerman and David Miller, and a bomb threat at a venue screening WitchHunt, a film about activist Jackie Walker. The pro-Palestinian Jewish Voice for Labour group has also complained about assaults and bomb threats.

Ken Loach’s history as a human rights activist is difficult to stain, and the Israel lobby certainly doesn’t want to mention Palestinians, so it has been citing Perdition. Loach, along with his long-term collaborator Jim Allen, were involved in this 1987 play that was controversially unproduced after being slammed by the Israel lobby. Perdition was inspired by an actual trial, the theme of the play is collusion between Zionists and Nazis.[1] A similar assertion about this type of collusion brought down the career of socialist, pro-LGBTQ , pro-multicultural politician Ken Livingstone, who was subjected to McCarthyite smears after he cited Lenni Brenner’s Zionism in the Age of the Dictators on the topic.

The only critical observations made by Jewish historian Norman Finkelstein were that:

‘Livingstone maybe wasn’t precise enough, and lacked nuance… Livingstone is more or less accurate about this—or, as accurate as might be expected from a politician speaking off the cuff’.

In simple terms, the Nazis wanted Jews out of Germany, and for many decades prior to the Nazi era Zionists had sought to exploit an external ethnic colonialism that would be exclusive to themselves. It was therefore inevitable in the early days of the Nazi regime that there would be attempts to establish to what extent these agendas were politically compatible.[2] Examples of collusion beyond those mentioned by Livingstone or in Perdition are not that hard to find, such as the Zionist ‘terrorist’ Avraham Stern of the Lehi/Stern Gang, who while fighting the British in Palestine sought a strategic allegiance with Nazi Germany and Fascist Italy.[3]

In essence the McCarthyite attacks on Ken Loach have two functions. By smearing him the Israel lobby takes a prominent pro-Palestinian human rights activist out of public debate. As in the Livingstone case, this line of attack also seals off media references to part of Zionism’s roots in what Finkelstein describes as a ‘dark chapter in history’.

Loach’s solidarity with the oppressed is not a pose or a means of marketing his work and personality. In 2012 he turned down an award from the Torino Film Festival after cleaning and security services were outsourced at its National Museum of Cinema. In 1995, casualisation was introduced on the Liverpool docks and workers were sacked for refusing to cross a picket line. Loach donated his services to them, making the film The Flickering Flame (1996) about their plight and representing their strike.[4] In 2010 Loach both refused to enter and publicly condemned a Manchester art-house cinema for refusing to pay the living wage. He enlisted film-maker Mike Leigh in the same publicity campaign. Occasions like this are too numerous to list in their entirety here, but they are how Loach lives his life.

Ken Loach is currently being smeared by propagandists for colonial oppression who clearly either individually or as an institutional lobby fail to measure up to the merits of his character. If those who share Loach’s values fail to overcome the McCarthyism that is abroad by mobilising traditional politics of solidarity, then all of us should be fearful of potential similar persecution.

NB. A version of this article went on to be published by the Canadian Dimension and the Monthly Review Online as part of a global campaign.

[1] The play, which owed much to the trial of Dr Rudolf Kastner in Israel in 1953, explored the extent to which Zionism, as a nationalist tendency, found accommodations with fascism as a means towards building an Israeli state in Palestine… the play is ‘quite explicit on the difference between Zionism and Judaism, anti-Zionism and anti-Semitism’, and ‘bristles with the agonies of the Holocaust, agonies which some of the play’s wilder critics in 1987 would have had one believe (writer Jim) Allen was denying’ (source).

[2] ‘As a practical matter, the Zionists and Nazis could therefore find a degree of common ground around the emigration/expulsion of Jews to Palestine.’ – Finkelstein.

[3] ‘[H]e offered the Germans that “Lehi” would fight on their side against the British and, in return, Germany would send off Jews from Europe to Palestine, where they would found their own country.’ (source); ‘Doubting the Allies could win the war, he advocated an alliance with Nazi Germany and Fascist Italy, believing these ties would assist the nationalist effort in Eretz-Israel.’ (source).

[4] ‘Several contemporary reviewers noted that this documentary couldn’t have been made were it not for Ken Loach and his reputation. Loach was able to provide the dockers with an opportunity to speak for themselves that had previously been largely denied to them in the British media.’ (source).

The true state of every nation is the state of common life.

Gavin Lewis is a freelance Black British mixed-race writer and academic. He has published in Australia, the United Kingdom, Canada and the United States on film, media, politics, cultural theory, race, and representation. He has taught critical theory and film and cultural studies at a number of British universities. He is a member of the British trade union Bectu.

I STAND IN SOLIDARITY WITH KEN LOACH

There is an obvious, and obviously odious, campaign to conflate criticism of Israel with anti-Semitism. This campaign has gathered considerable momentum over the last years. Two examples come to mind: (i) around 20 states in the USA have outlawed support for BDS on the grounds that this movement is (purportedly) anti-Semitic, & (ii) a definition of antisemitism from the International Holocaust Remembrance Alliance (IHRA) has been weaponized to smear those who would criticize Israel’s policies and approach to human rights.

The campaign’s logic twisting takes many forms but is manifest in the description of Operation Caste lead – the sustained assault on Gaza in 2008 that killed almost a hundred-times more Gazans than Israelis – as the “Israel-Gaza war.” I do not know the details of the charge that sees Ken Loach held up as anti-semitic, but I do know that other ‘creatives’ – like Brian Eno and Roger Waters – have been pilloried for holding Israel’s polices to account. Almost certainly, that’s what is happening to Ken Loach right now.

These people slandering Ken Loach are a disgrace. Their equivalent is Hollywood making ‘westerns’ showing the Indigenous north American peoples resisting European invaders as aggressors. It is quite clear who the racists are, the people who have exterminated the Caribbean peoples, almost done away with Australian and north American peoples, and subjugated the south American and New Zealand peoples.

Ken Loach is a man of the highest integrity, unlike those who seek to smear him because they cannot allow him to make public the issues that expose Israel’s stance on Palestine.

Just a couple of years younger than Ken Loach, my Labour Party memberahip has almost mirrored his. I left the party when Blair took over, returned when Jeremy arrived – staying until Starmer took the reins.
My views on Israel/Palestine would seem to coincide exactly with his. I have twice been to Gaza – once through the tunnels – and the things I
saw in 2014 SHOULD be known by the whole of the Labour Party!

Solidarity Ken. No one has stood up against racism more than you. Beyond disgraceful.