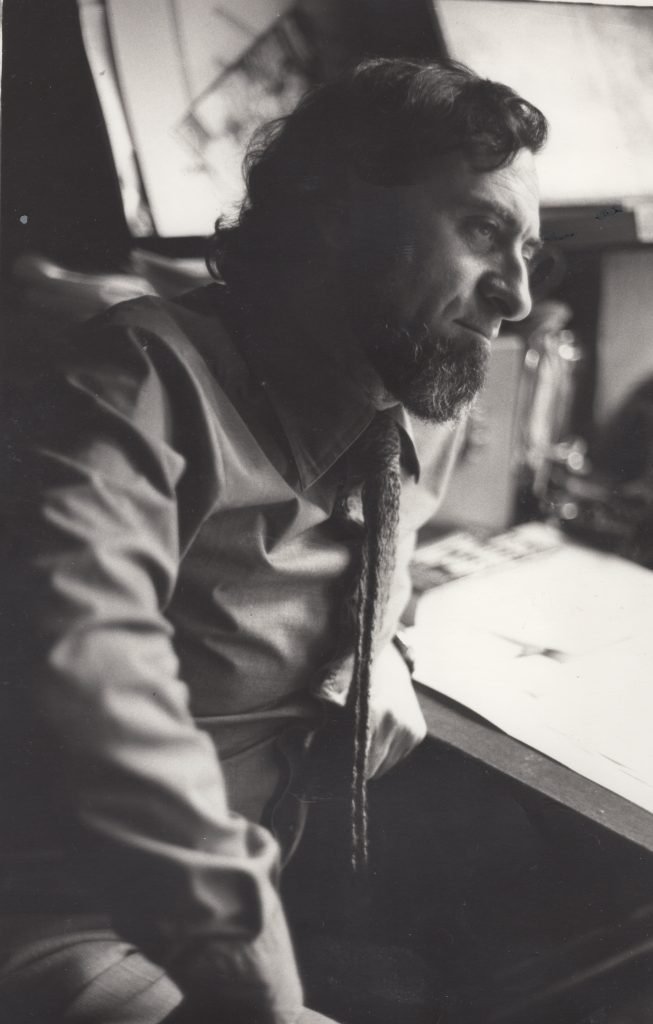 Dr Moss Cass (1927–2022), former Labor politician and minister in the Whitlam government, was farewelled at a State Memorial last Monday. Flags atop government buildings were set at half-mast, and past and present Labor MPs, state and federal, as well as present and former leaders of the Greens, all came along. As did former treasurer Josh Frydenburg—the irony being, as Guy Rundle noted in Crikey, that he’d just been deposed by a doctor campaigning on climate change, taking up the path made from the start of Moss’s political life.

Arriving guests were serenaded by Yiddish folk songs and a couple of ‘60s protest anthems: nothing by Woody Guthrie, but the subsequent service definitely hit Guthrie’s ‘note of hope’. Two weeks on from Labor’s election victory and the notable uptick in the Greens’ lower and upper house representation, there was a palpable sense of celebration that offset the fact that, as Rundle said, it was possible that this particular tribe might not gather in this way again.

Moss was federal member for Maribyrnong—covering the Melbourne suburbs of Ascot Vale, Essendon, Moonee Ponds, Niddrie and Strathmore—from 1969 to 1983. Across that tumultuous time, he successfully fought six elections within twelve years. Party insiders were sceptical that a progressive Jewish professional who lived outside an electorate that had a large Catholic population could win the seat, let alone retain it. But he did, and it’s remained a safe Labor seat since.

I grew up during that period in Glenroy, in the adjacent electorate, and Moss’s face loomed large on placards, with his iconic beatnik beard and, to me, that exotic name. My mum was part of the Moonee Ponds Catholic diaspora. She and dad were then DLP voters and looked upon the prospect of a Whitlam government with a kind of horror. I later realised that Moss probably represented their worst-case scenario.

The flyer for his first campaign, designed by ad man and Fabian Society confrere Phillip Adams, had a picture of Moss on the front, in a sports jacket and knitted tie, his gesticulating hand a blur as he is photographed mid-sentence: ‘I don’t really care how you vote’, the caption read, ‘as long as you think about it’. Moss seemed presciently unconcerned about Labor’s primary vote.

At university I was lucky to get to know a couple of Moss’s children, and learnt he was our first serious minister of the environment. But it was only many years later that I got to know the man my parents would have warned me against, as I worked with him and Vivien Encel on his political memoirs. That was when I became aware of the incredible breadth and depth of his commitment to progressive causes.

One that blindsided me as a labour law scholar was the almost forgotten social experiment of the Trade Union Clinic and Research Centre, established in Footscray in 1964 by George Seelaf of the Meatworkers Union in collaboration with lawyer Clyde Holding and medical professor Roy ‘Pansy’ Wright. Moss was the inaugural medical director, overseeing a free general practice to treat occupational injuries, an inpatient facility, and an innovative wide-ranging, worksite-visiting educational campaign about how to prevent workplace injuries.

The Clinic transformed into Western Region Community Health, thence cohealth. Its original premises were just down the road from where we gathered at the Footscray Community Arts Centre—the latter another of George Seelaf’s legacies to Melbourne’s western suburbs.

It’s tempting to think of Moss as an accidental environment minister. Elected 26th into a ministry of 27, he was handed what some thought of as a ‘tin pot’ portfolio. But he made it his own. In retrospect that’s probably not surprising, because the portfolio allowed Moss to combine the two sides of his character: his respect for evidence and solid research, and his passion for justice. The scientist and the rabble rouser came together.

And environmental politics was becoming rowdier at that time, more like those other social movements that had already earned Moss’s allegiance: resistance to the war in Vietnam, abortion rights, gay liberation, drug law reform. As a minister, he made sure federal funds flowed to the emerging grassroots environmental groups.

His utopian leanings were complemented by a certain political savviness. He secured bipartisan legislative support for environmental impact statements. Impact statements didn’t mandate sustainable development nor did they give the minister any veto power over projects, but they improved the documentation of potential environmental damage and created the space for research-informed debate and public involvement in environmental issues. Again, these were precisely the values that always animated Moss’s politics.

Moss fell out with his prime minister over his opposition to sandmining licences on K’Gari/Fraser Island. He was moved to the media portfolio in the middle of 1975. In a rush of activity in the lead up to the government’s dismissal in November that year, he established a press council and bypassed the Broadcasting and Television Act to have the Postmaster General issue twelve ‘experimental’ radio licences to higher-education institutions. These laid the basis for today’s thriving community broadcasting sector. He was a fan and defender of the irreverent new ABC station 2JJ and he explored the establishment of a government-funded national newspaper—a kind of print edition ABC.

In both portfolios Moss exhibited what his press secretary Peter Blazey called his remarkable strengths: ‘an uncompromising determination on policy and a laterality that was visionary.’ Peter was a renowned fabulist, but in this instance I think he got it right.

Moss wasn’t acting alone. He drew support from like-minded caucus colleagues Jim Cairns, Tom Uren, Lionel Murphy, Arthur Geitzelt, John Wheeldon and others, a group of lefties often meeting for lunch in the rooms of Justin O’Byrne, president of the Senate. Heads of department Don McMichael and Jim Spigelman, staffers Peter Ellyard and Henry Rosenbloom, to name a few, all helped Moss immeasurably to pursue his agenda. And, of course, his wife Shirley, who Moss would always admit was the genuine radical in the household.

When it came to electoral politics, Moss’s was a fugitive ambition, something that I think hid itself as much from him as from others. Reading his diaries, he often seemed tortured by the conflict between his idealism, the necessary but petty grandstanding of politics, and what he dismissively referred to as his own vanity. And even more acute at times was the conflict between the claims of politics and the pull of family.

So, there was always an ambivalence there, which manifested in a disarming frankness, which in turn became part of his political currency. ‘Too honest to be a politician,’ wrote Talbot Duckmanton, general manager of the ABC, on a Christmas card to Moss in 1977.

‘A man who refuses to take the vote-winning courses held out to him,’ wrote Mungo MacCallum in the lead up to the 1972 election. MacCallum argued for Moss’s inclusion in a Whitlam cabinet with the dry observation: ‘A token man of principle: every government should have one.’

Richard Harding, an appointee of Moss’s to the ABC board, referred to him as ‘honest and unguarded … not a politician’s politician’. That honesty and disdain for vote-winning cut both ways. Journalist Alan Reid dismissed Moss as simply ‘fighting lost causes with amateurish zeal’.

But the voters of Maribyrnong elected him time and time again. As his son Dan pointed out in the Saturday Paper in March, there’s a twin lesson there, which I hope got through to those in the front seats: radical honesty wins votes, but also power only matters if you do something bold with it.

The appetite for reform during Moss’s time in government was, in Rundle’s words, almost gluttonous. Yes, it was born of the hard slog of dull years of party committees and conferences and stolid Fabian tracts and thinking about policy, but its ultimate exuberance can induce an almost overwhelming nostalgia, a sense of a past golden age that is now lost to us. ‘They don’t make ‘em like that anymore,’ was the tenor of many social-media posts lamenting Moss’s passing.

Yet, I think Moss’s politics were a politics of hope, not of nostalgia. And in his collaboration with Vivien and me, Moss made clear where that hope lies: ‘any reforming leader,’ he said, ‘is pushed, sometimes against their inclinations, by unnamed and unnumbered ordinary people’.

So, at the launch of Moss’s memoirs, I had concluded with a quote from the anthropologist Claude Levi-Strauss reflecting on that idea of  ‘the golden age’. Levi-Strauss wrote:

If we’ve always been concerned with only one task—how to create a society fit to live in—the forces which inspired our forebears are also present in us. Nothing is settled; everything can still be altered. What was done, but turned out wrong, can be done again. ‘That Golden Age, which superstition tends to place behind or ahead of us, is in us.

Anthony O’Donnell is an adjunct senior lecturer at La Trobe University Law School and worked with Moss Cass and Vivien Encel on the biographical study Moss Cass and the Greening of the Australian Labour Party (Australian Scholarly Publishing, 2017). This is adapted from a speech given at Moss’s State Memorial.