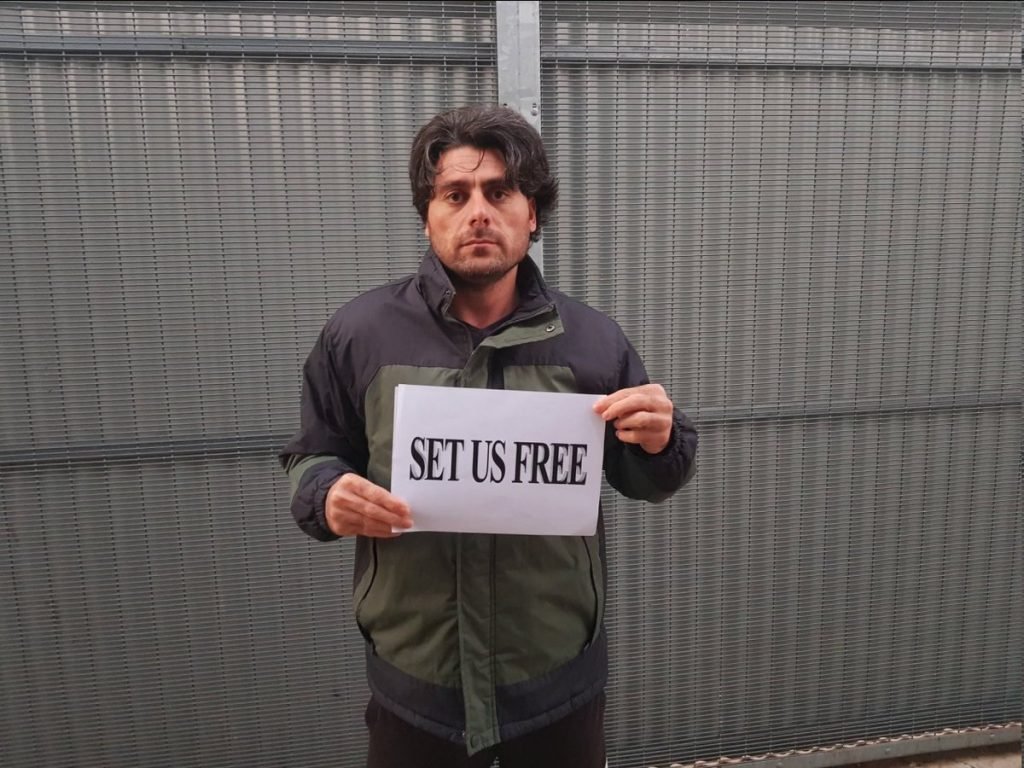 Australia has led the world in testing rates and social-distancing measures to limit the impact of COVID-19. Leaders have been largely transparent, communicating regularly with the community about the spread of the disease and protective measures being taken. The government’s push to implement social distancing and widespread testing has been vital to Australia’s fortunate position of being able to suppress, and even potentially eliminate, the disease. However, the Australian government’s response to COVID-19 is an example of double standards when it comes to refugees held in immigration detention.  This pandemic raises public health challenges, yet it should not be reduced to the game of politics; health is a human right.

Australia has an obligation under the International Covenant on Economic, Social and Cultural Rights to protect the health of people within its borders and those under its authority, including refugees in immigration detention. Public health experts around the world, including the Australasian College for Infection Prevention and Control, have warned that confined sites like detention centres provide dangerous conditions for infections to spread rapidly. People in immigration detention are often required to share overcrowded sleeping quarters, bathrooms, laundries and areas where food is consumed, all of which are contrary to current government guidelines to control COVID-19. In some ‘alternative places of detention’ (APODS), like hotels, people are detained in spaces with limited or no ventilation, which is likely to facilitate the spread of the virus. People in immigration detention are at higher risk of developing serious complications if they contract COVID-19, as many have existing health conditions such as diabetes and upper respiratory infections.

Australia has one of the highest per capita rates of testing in the world and has widened the criteria for people to be tested. In March, an immigration detention centre guard tested positive for COVID-19, presenting a risk for detainees at that facility. Yet there is so little government transparency that it is unknown whether testing of people in immigration detention has been undertaken in line with practices for the wider community. Although the government has indicated that no detainees have tested positive, this is meaningless if few or no tests have been conducted, and amounts to dodging the issue altogether.

In some European countries, refugees have been released in order to provide them with protection from the virus. In March, the UK released 350 people from detention centres due to the COVID-19 pandemic, in response to a legal challenge. The UK Home Office has also introduced a series of  protective measures  that include enhanced screening, identification and monitoring of those at risk of COVID-19, ensuring that persons susceptible to the virus are provided with facilities to self-isolate in single-occupancy rooms, as well as a review of cleaning practices and the introduction of social-spacing measures in communal areas.

Spain has released refugees from detention centres, and in Portugal all foreigners who have pending applications will temporarily be treated as permanent residents with access to healthcare. In Italy, ‘judges released detainees because of the suspension of asylum procedures or lack of prospect of return’. This has also occurred in France and Germany, where decisions have been made by courts or administrative authorities to bring about the release of refugees. The swift actions taken by these countries to release refugees from detention in order to protect them from COVID-19 provide an example of what could just as easily be accomplished in Australia.

Transparency not in evidence

In relation to the wider community, Australian governments have been transparent in communicating regular, detailed advice about the risks of COVID-19, protective measures undertaken, where there have been outbreaks, and schedules for the introduction, maintenance and suspension of lockdowns. This contrasts sharply with the lack of transparency surrounding those in immigration detention. It reveals fundamental inconsistencies in how Australia has responded to the crisis for some of those under its care.

In Australia we do not know enough about what is happening in immigration centres/APODs. To date, there has been no official release of information on what measures might be under consideration or being implemented in places of detention. The only information available about what is happening in detention has been provided by those who are currently detained. Based on this, we know that Australia appears to have failed to take action to provide protection to people in detention centres. This is inconsistent with Australia’s carefully crafted approach to the virus in the rest of the country. It is also inconsistent with international standards of healthcare for protection from COVID-19.

Calls for the protection and release of those in immigration detention have so far gone unheeded and unacknowledged by the Australian government. There has been no statement issued by the Commonwealth Ombudsman or by the Office of the Australian Information Commissioner. Proposed laws to seize the phones of detainees, on the pretext that they might access pornographic websites, will remove vital sources of information—information that is critical in the absence of effective scrutiny and transparency. Mobile phones provide the only means of contact with the outside world, including with family and friends. This is especially important at a time when visits to the centres have been suspended. These phones are also  a ‘lifeline’  for those in detention, whose mental health is already compromised due to prolonged detention.  Two men in immigration detention attempted suicide in May, exposing the mental health risk of prolonged detention.

In April this year, the UK government released a clear statement on how it is responding to the potential for COVID-19 outbreaks in detention centres. New Zealand’s Chief Ombudsman announced a detailed policy on inspections and control of COVID-19 in places of detention. This level of transparency and detailed advice is starkly absent in the Australian case.

An Australia that is consistent would need to demonstrate its commitment to health as a human right, especially for the most vulnerable, such as those in immigration detention. Our pressing questions are: Why has the Australian government failed to apply the principles and standards of health protection that are upheld in the wider community to places of detention? Why not  release those in detention to safety?

The Australian government’s failure to act to protect a group under its jurisdiction and legal obligation constitutes a double standard. The conduct underpinning this double standard might even comprise what some have described as ‘organised hypocrisy.’  Urgent action is required to address Australia’s betrayal of human rights, which is being played out in real time, right now.

Angeline Ferdinand is a postdoctoral researcher with the Doherty Institute for Infection and Immunity and Honorary Fellow with the Centre for Health Policy, School of Population and Global Health at the University of Melbourne. She has more than a decade of experience in the area of refugee and migrant health and is a member of Academics for Refugees at the University of Melbourne.

Claire Loughnan is a Lecturer in Criminology, at the University of Melbourne, researching immigration detention and border protection. She is currently writing a book on the institutional effects of immigration detention, and editing a collection of articles by Kurdish journalist Behrouz Boochani. Dr Loughnan is a University of Melbourne co-convenor of Academics for Refugees, research partner with the Comparative Network on Refugee Externalisation Policies and a member of the OPCAT (Optional Protocol to the Convention against Torture) Australia Network.

Philomena Murray is a Professor in the School of Social and Political Sciences at the University of Melbourne. Prof Murray in an expert on the European Union and on refugee externalisation policies. She is the Director of the International Research Network The Comparative Network on Refugee Externalisation Policies, consisting of seven universities, funded by the European Union. She works on the legitimacy challenges of refugee protection for states and regional bodies. She is a founder and a National Convenor of Academics for Refugees.