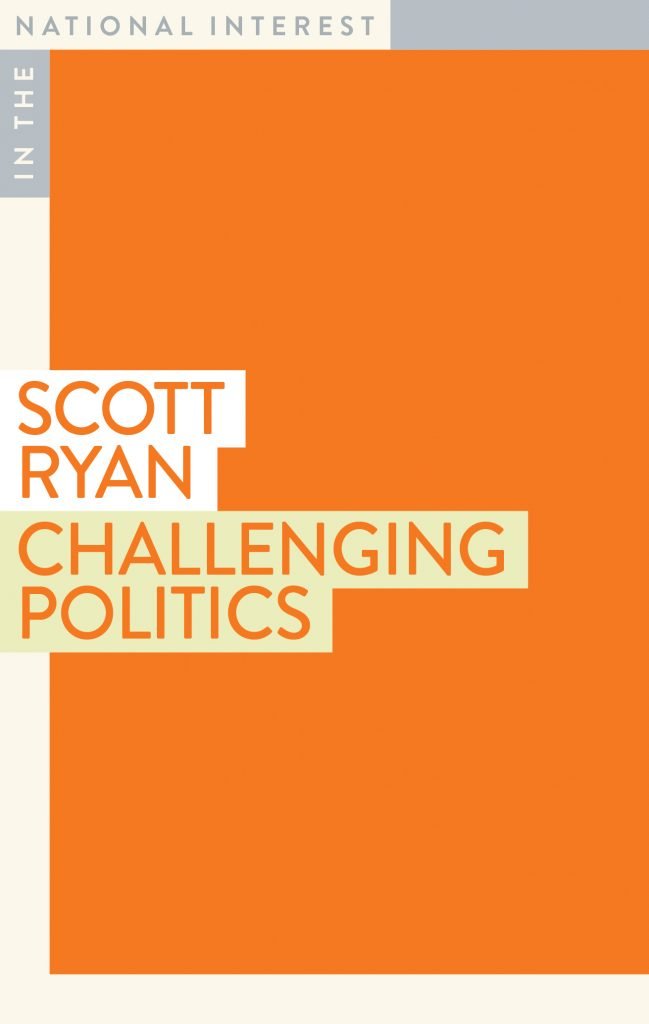 The word ‘challenging’ in the title of Challenging Politics (Monash University Publishing, 2021) functions as both an adjective and a verb: an adjective in the sense that its author, Scott Ryan, thinks that politics should be challenging; and a verb in the sense that this conception of politics is currently being challenged. For Ryan, a Liberal politician and current president of the Australian Senate, the tragedy of contemporary democracy is that it has forgotten how to conduct its business, preferring easy answers and moralistic posturing to the hard work of negotiation.

According to Ryan, the challenge of politics can be summed up in a single word: compromise. Politicians and political parties, in order to fulfil their contract with the voters, must be willing to meet each other halfway. Yes, they will have their own agendas, but a refusal to engage in constructive negotiation will ensure those agendas remain unimplemented. More importantly, the electorate will remain unserved.

As for the challenge to this model—this, for Ryan, has less to do with ‘populism’ (a term he dislikes) than with a sort of anti-politics and a rejection of complexity. The tendency to frame issues in binary terms, the hyperventilating tone of social media, and the rise of movements and minor parties that eschew specific policy proposals are all symptoms of this pathology, which, in Ryan’s version of events, has spread inwards from the population to its democratic representatives. As he puts it: ‘this is about us as citizens. As a democracy, our behaviour influences how politicians behave as they seek our support, whether as part of single-issue groups or broader political movements’.

Even with those magnanimous plural pronouns, this is pretty imperious. It’s also pretty obviously backwards, in that it makes the governed responsible for a crisis of democratic governance, where what has actually occurred is that liberal democracy has significantly broken down from within as a result of neoliberalism. For one effect of neoliberalism, which ‘liberates’ national economies into the global one and inserts ‘market values’ into everything that’s left, is to shrink the power of the state to enact meaningful reform, even in the wake of a major crisis such as the 2007–08 crash. At the same time, and largely as a consequence of this shift, politics has grown slicker and emptier—a prey to the kind of branding and grandstanding Ryan deplores, albeit while actively voting against anti-corruption measures and restricting donations to political parties. Most populism is simultaneously an expression of and a reaction against this process, channelled through the ‘imagined communities’ of nation, ethnic identity and the like.

Ryan suggests that increased partisanship in politics (by which he means the legislature) reflects a failure to compromise in the general population. But I’m not convinced the relationship is so straightforward. Indeed, it may be that the current atmosphere in Canberra represents a perverse form of unity. In arguing more and more about less and less, politicians are sending a message to the electorate that Real Disagreements are being had, when in fact it is clear that the two major parties are different cheeks on the same rear end. If politics seems overwhelmingly negative, it is partly because the major parties are less ideologically distinct than they once were.

Where a real political difference does emerge, Ryan’s tendency is to admonish it for not being specific enough in its demands. One key example here is Black Lives Matter, which the author compares unfavourably to the Civil Rights Movement of the 1950s and 1960s. For Ryan, the concrete demands made by the latter should serve as a model for the modern movement, which is too general in its grievances. But here, again, he misses the point. For not only is it the case that BLM does have specific demands (which anyone can find online) and that the Civil Rights Movement was more broadly focused than the author seems to think (see Martin Luther King’s ‘three evils’ speech on racism, militarism and poverty, for example), it is also clear that the economic exploitation that sits at the heart of black people’s experience is something no liberal/‘centrist’ government is able or willing to fix. (Certainly Ryan, who voted staunchly against the implementation of any of the proposals contained within the Royal Commission into Aboriginal Deaths in Custody, wouldn’t be first in line to do so.) Nor, I suspect, do most people involved with BLM expect them to fix it. They want a radically new kind of government, and a radically new form of politics.

In the end, then, Ryan simply defines ‘politics’ too narrowly for his conclusions to be useful, except to his own sense of self-esteem. Yes, the situation in Canberra is dire, and yes it will need to change in the future. But I think the Senate president has misunderstood, and also underestimated, the ‘challenge’ (noun) that is coming its way.

War Without, Rot Within: The Collapse of Australian Party Politics

The central political fact of our time…is the total de-representation of whole sectors of the population from the polity, or from any notion of a social whole, on a staggering and unprecedented scale.