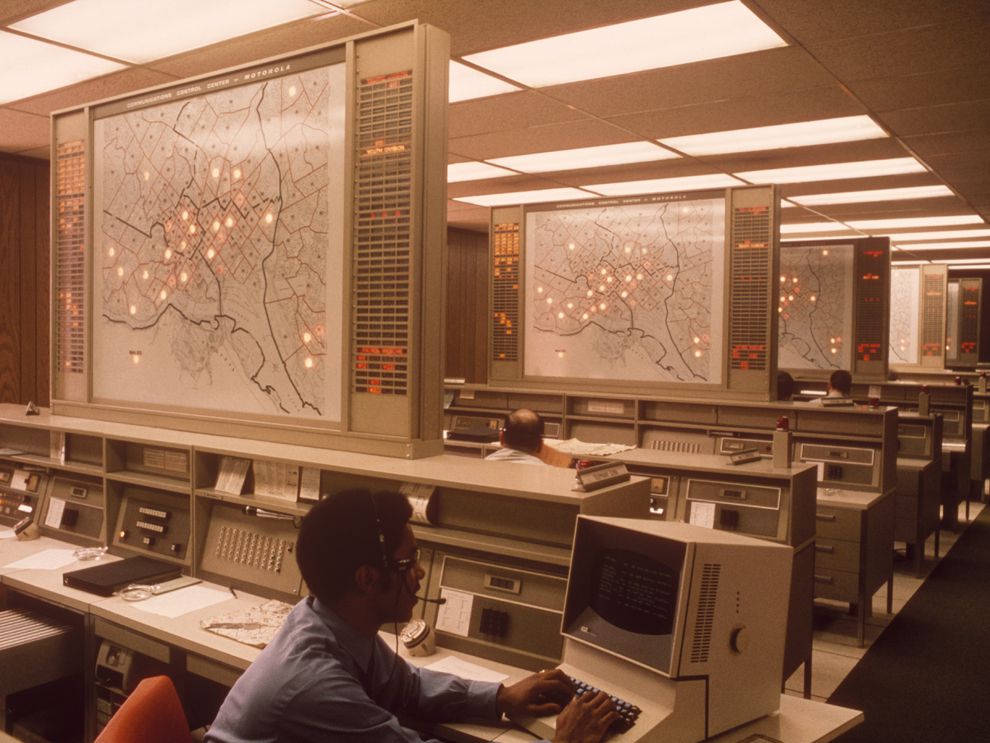 The world has been in crisis for decades now. The COVID-19 pandemic only adds to another year of dehumanising wars, droughts and famine, fires and environmental destruction, and the increasing consequences of anthropogenic global heating, to name a few of the more pressing issues of our times. They are all bound up with the never ending growth promoted by the current economic system. This system protects powerful elites and large corporations, which are enabled by governments who see them as allies in continuing the flow of capital at the expense of extracting natural resources, privatising public goods and services, and surveilling and commodifying people’s lives, all the while imposing regressive agendas, concentrating wealth in the hands of a few and increasing inequality at rampant speeds. Networked computing machines are the profit-driven and largely privatised infrastructure that supports this capitalist system. In the near future, though, it is possible that participatory democracy will become more mediatised, and public and cooperative initiatives will rise as alternatives to recover technological infrastructure as a public good.

What makes the COVID-19 crisis different from other crises has been its almost simultaneous impact across the globe, and the imperative need to minimise social mobility and trade to cope with the potential impact of an outbreak on human health, given the limited capacity of healthcare systems. It has become evident that decades of neoliberal policy have systematically weakened states’ ability to provide public services and secure and stable working conditions for its citizens. The world has stopped—not because it was a moral duty but because of a system failure, with some countries better prepared and with more resources to navigate the crisis. This system failure will become even more noticeable in the coming months. While government responses to the COVID-19 crisis have been oriented to reduce the ongoing social and economic impacts of the pandemic, citizens should be critical about the policies that have driven us to this situation in the first place, and demand change. That is a first step that will allow us to conceive of different structures and institutions to manage more resilient futures.

The mediatisation of people’s lives has given tech corporations enormous power over the political organisation of society, while citizens who are active online have limited impact in the political arena. Information overload, filter bubbles, echo-chambers and the increasing privatisation of cyber spaces are hindering the political participation of citizens, even when critical decisions are being made on their behalf. Measures are being passed without debate or consensus; the basic attributes of democracy are being ignored. Governments across the ideological spectrum defer to technology corporations to solve the socio-economic crisis, deploying technological fixes that fail to tackle structural problems and cannot guarantee the provision of human care. Privately owned black-boxed platforms proliferate, legitimising their operations and pervasive business models, and yet governments continue to neglect addressing this matter in ways that benefit their communities. COVID-19 containment apps follow this same logic; they are being used to identify cases, surveil citizens and enforce mobility restrictions. It has been argued that they may cause more harm than good, and if implemented they should satisfy baseline preconditions such as open-source software, large testing and rigorous evaluation prior to deployment, a privacy-by-design approach, and rights-based data standards to reduce detrimental effects on civil liberties. Currently these apps—promoted as beneficial to society—are being rolled out without much debate. Citizens receive limited information and their input is disregarded in critical times when governments should promote participation, practise transparency and gather public trust. Once again, political technology is being de-politicised.

As many commentators have pointed out already, the COVID-19 crisis provides multiple opportunities to do things differently—decarbonise the economy, promote de-growth and a green new deal, and advance agendas of social and economic rights. In this case, I argue that local governments should lead the way towards alternative technology-governance regimes, taking steps to make these systems more ethical and sustainable, and to approach networked computing machines and their programming proactively, with the aim of benefiting society. A first step could be co-developing and managing a free and open-source platform for political participation. This is particularly applicable in countries such as Australia, where local governments are the most decentralised expression of formal democracy and the places where change seems more tangible. Local governments are responsible for their physical infrastructure and most of their community facilities and services. In recent years, many local governments have been characterised by enabling citizen participation in decision making and transparency in their administration. And although some councils still have some of the ‘New Public Management’ neoliberal approach to managing public services, others are less corporatised, more progressive and more community oriented, which provides a good foundation for proposing the following.

Technological sovereignty is a useful concept, allowing us to conceive of technology and data as a public good and to claim back the power to collaboratively decide what ends it serves. In practice, this means reducing dependence on private vendors and using free and open-source software. It involves promoting citizen leadership, ensuring encryption, transparency and citizens’ rights to privacy. Within this framework, minding the technological divide, participative platforms could be useful tools for local governments to strengthen participatory democracy. Crucially, they could complement—not take the place of—offline efforts by activists to increase citizens’ involvement in co-creating community-oriented agendas while invigorating their political life. It seems to be an alternative worth exploring, providing—with a certain degree of political efficacy—an opportunity for engaged citizens to participate online, particularly in times of confinement.

Under COVID-19 conditions, a participative platform led by local governments could allow citizens to have a say on policy, elevating communities’ perceptions and claims to higher political decision-making levels. It could provide the opportunity for citizens to organise on an open platform oriented towards the public good. It could facilitate access to firsthand, ethically collected and anonymised information about COVID-19 impacts on the community and contribute to the development of public policy. Even if private platforms could serve similar purposes, relying on them would only reinforce public dependency on the private provision of technology solutions for social challenges, expanding their governance power in cities, exacerbating inequality and constraining the possibilities for implementing more structural changes to the status quo. It also normalises the business model of data extraction and minimises the chances of political participation, as these opportunities are diminished by privately owned technology infrastructure.

Alternative computer-mediated approaches for political participation are ready to be adopted. Free open-source software blueprints such as Decidim and Consul are the most common ones, with numerous case studies around the world. The former, more community oriented and versatile, is being used in Barcelona for political participation and civic engagement; the Barcelona City Council has been a reference for the technological sovereign paradigm in cities. Helsinki is using it for participatory budgeting, and the City of Mexico is using it for proposing, debating and voting on city projects and programs. These can be valuable knowledge sources to inform any incursion into a technology paradigm of self-sufficiency and community empowerment beyond the hollow claims of technocrats and cyber-utopians. To make the most of this opportunity, political will might be needed. From there, participatory democracy online, as offline, will be a process of co-construction.

Andrés R. Yaksic is an independent writer with a background in communication studies and environmental science currently based in Melbourne.