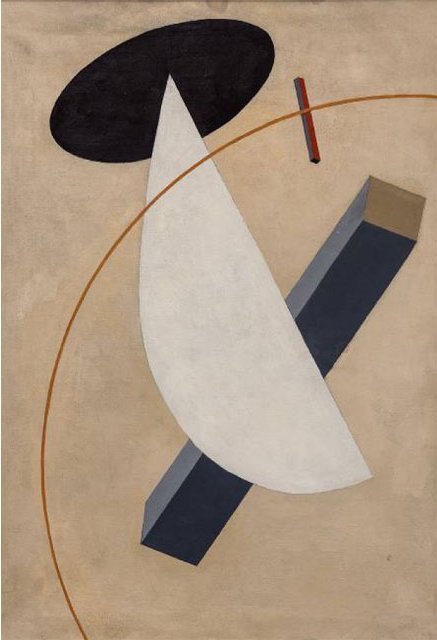 Got an interest in ancient reptile aliens working for the Illuminati? Perhaps something a tad tamer. Tom Hanks and his deep-state buddies orchestrating an international ring of paedophiles? What about the idea that 5G towers are spreading the virus or, up another level, that the pandemic is a total myth? Independent experts such as Ivor Cummins have supposedly proven that the repression, hysteria and economic destruction we’re enduring are the product of a mass psychosis.

Don’t you get it? The game is rigged—don’t be a mug. Think of the Catholic Church, or big tech’s business model – ‘you are the product, not the customer’. And the so-called justice system? Well, that’s a lie. The courts, the laws, the prisons are a machinery of injustice, an engine of inequity. And the banks! Goldman Sachs—at last—just got done for corruption in the 1MDB scandal. So we’re being led by fair-minded, competent authorities? Yeah, right.

Ideas like these can be sliced and diced to target specific groups and sub-populations. In so much as they appear to be thoughtfully distributed, it is hard to hold out against such a tide. Once upon a time we might have regarded the negative things we see around us as the consequences of stuff-ups—unintended, rather a result of conspiracy. But that’s an increasingly unpopular inclination.

What are the options for understanding the things that are troubling us?

Today especially, one is to embrace the heterogeneous grab-bag of conspiracy theories circulating on social media. Scobie McKay offers an account in Arena Online of the chaos generated when groups are only ‘united by their shared scepticism about peer-reviewed science, a distrust of mainstream media, a belief in a deep state and a performative spirituality’. Another option is to hop from one foot to the other, to be undecided, and decidedly unattached. This is the lived experience of many: also in Arena Online, Grazyna Zajdow points to the ‘state of “normlessness”—or anomie, as Durkheim called it…(and the) feeling of exclusion and lack of community’ that is so generally felt today. This disposition, Zajdow argues, can lead some ‘to consider self-harm’. The detached and disaffected are also vulnerable to the regulatory fictions offered by conspiracy theories.

Mindful that our social condition is one of increasingly abstracted, distanced and mediated relations, terms need to be settled before we can dig deeper into the appeal of conspiracy thinking. Unlike what psychiatry terms a delusion (‘a fixed, false belief’), a conspiracy might be real. German auto companies did set out to stooge emissions regulations; for decades Big Energy has secretly funded campaigns to deny climate change. That is, a theory about a particular conspiracy theory could be proven or disproven. Moreover, conspiracies need not involve an intent to injure or cheat, steal or capture. All that is required is a plot to keep secret what should be known.

But we are not talking about specific conspiracies so much as a cast of mind that now seems prevalent: did you know the Pentagon is withholding information about alien activity in Area 51? We have the right to know about this! Why is there a much more general willingness to lean in this direction?

Trust is the coin of the social realm, and if truth has been miscarried, trust has been broken. Playing us for suckers is an insult that multiplies whether actual injury has occurred or not. Such slights destabilise and can incite righteous anger. Fear is in the mix as well.

A seam in non-biological psychiatry—the phenomenological tradition—reports that there is a typical sequence that occurs in inner life that precedes, and leads to, the formation of an elaborated and systematised delusion. The fixed false belief does not arise de novo but develops in an intensely private, discontinuous transition. Before the dots are connected, before an internally coherent whole crystallises, particular significance is attached to one, or more, observations. Perhaps quickly, or over a longer period, one interpretation is linked to another observation, one that is also endowed with a quality that is experienced as striking. This is not a linear process. During the prodromal stage—psychiatry’s term for this period of liminality—the random and inchoate moves towards becoming a consolidated whole.

Said to be informed by her own episodes of mental illness, Virginia Woolf wrote of such errant meaning-making, and the propulsive inner processes that lead to the formation of a delusional system, in her description in Mrs. Dalloway of Septimus Smith’s stream of consciousness. This reference introduces a key distinction: unlike the experience of Septimus Smith, engaging with a conspiracy theory is not a private affair as it always involves a public text and a potentially authorising audience. It might be that only our little group is aware of this account, but, small or large and catalysed online, the presence of other actors ensures that the exercise is not singularly internal. This is a key distinction even as other aspects might be similar. For example, before settling on the viability of this or that claim, in both cases the potential believer will track some kind of to-and-fro sequence of validity checking. Hopefully, this process will entail critical deliberation: is this claim intelligible—does it align with the facts?

One particular subtype of delusion—the ‘persecutory delusion’—shows a different kind of confluence. ‘They are out to get me (or us)’ is a familiar, though not mandatory, reference for both conspiracy theorists and those who struggle with persecutory ideation. Given that feelings of persecution involve trust being broken and one’s safety being endangered, it could be that this same set of elemental feelings at a social level is stimulating the surge in conspiracy thinking. If this is so, fear and anger will interbreed, and thinking, at least in part, will be deregulated. To feel confused under attack and as though you are being left out of the loop produces agitation and a sense of vulnerability. There is no first horse on this internal emotional merry-go-round.

The following statement is true: much is currently awry and, looking into the future, there is an almost 100-per-cent certainty that it is not wrong to be dystopic. It may not be consciously acknowledged, but the sense that we are living in an inverted house of cards is widespread. Something/everything feels terribly wrong. Feeding into this inchoate state of transgression is a cross-current of vectors: our knowledge of impending climate catastrophe, the disavowed madness of the economic system, the danger and transformative power of COVID-19, galloping I-centredness, social fragmentations, and more. This welter of concerns raises the deepest anxiety. In this perturbed state simple explanations offer clarity and containment. Especially appealing are contenders that paint me out of the blame game and identify an external perpetrator. If the candidate description constructs this entity as finite and potentially mortal, this only heightens its charm.

The attractiveness of the kind of thought termed ‘conspiracy theory’ seems to be associated with the intra-physic dynamic just described. This pull is co-created by specific material conditions. Not least of these is the agentic power of ICT: not only can the Net link (potentially interested) individuals far beyond what has previously been possible but also the technology has two additional attributes: first, it can efficiently circulate content de-coupled from the distance between nodes and the truth value of an item; second, new tech can transit like a fire hose—a high-volume stream that simultaneously pummels and immerses. That this content is often recommended by those you trust (or algorithmic processes imitating them), rather than its being random or establishment sourced, only adds to the invitational valence.

A further condition is described by Timothy Snyder in The Road to Unfreedom: there is an ongoing program of ‘active measures’ being undertaken by Putin, Murdoch et al. to underminethe standing of reason and truth. This campaign seeks to render the world unintelligible and to sow confusion. Arguably, the public’s capacity to be logical, to discern probability and proportion, cause and effect, has been compromised by this assault. Reflection and critical thought are this program’s targets, and its antagonists. This said, isn’t this line of argument a form of…conspiracy thinking?

Interiority is a semi-shaped landscape. It therefore is, and is not, a private place. Necessarily, there will be biographical specificity, at the same time that a person’s inner life will present features—perhaps a configuration and at least some reference points—that are socio-cultural in nature. In turn, each semi-shaped interiority is the context for subjectivity/lived experience, the landscape through which the person’s consciousness flows. It follows that each individual’s inner life is subject to a similar set of influences and conditions to those that wash over similarly placed others. Worryingly, our current influences and conditions are associated with fear, confusion, lack of trust, the deregulation of thought and rage at being duped. In this company a credulous form of conspiracy thinking is very much at home.

Plagued by Chaos: An Inside View on the Anti-lockdown Protests

As lockdown restrictions slowly ease, a peruse of the encrypted networks used by anti-lockdown protesters reveals the extent to which confused allegiances and conspiracy theories have plagued the movement.