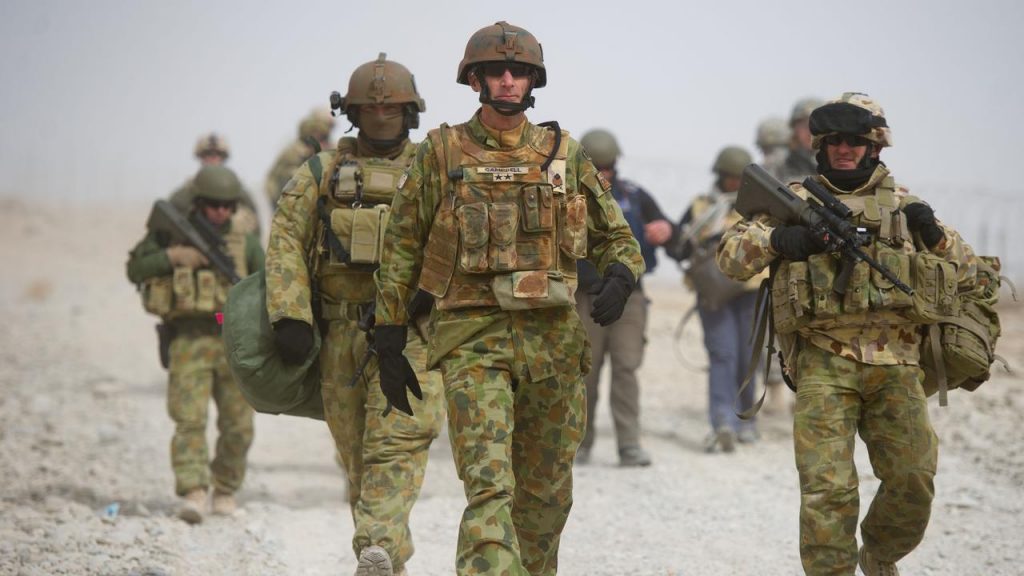 Afghanistan deserves its long-held title as the graveyard of empires. The British and the Soviets duly found that committing troops to a place of hostile terrain, resourceful fighters and canny tribes was fraught with danger. Invade and reform such societies at your own peril.

In his 14 April speech, US president Joe Biden revealed that his administration had pencilled in a date for withdrawing all US combat forces. It would be September11, exactly two decades since the attacks on US soil by al-Qaeda that saw the slaying of almost 3000 people. His country, Biden explained, could not ‘continue the cycle of extending or expanding our military presence in Afghanistan hoping to create the ideal conditions for our withdrawal, expecting a different result’.

The exercise had seemed cruelly hollow. The ‘terror threat’ had not only failed to be curbed but been broadened, and was now present ‘in many places’. To keep ‘thousands of troops grounded and concentrated in just one country at a cost of billions each year makes little sense to me and to our leaders’.

Lawmakers Senator Bernie Sanders of Vermont and Democratic Californian representative Ro Khanna suggested that the withdrawal would enable the United States to reflect on the ‘enormous costs’ of a two-decade conflict and move Washington towards ‘diplomacy as our foreign policy tool of first resort’.

The Australian commitment has been slavish, apelike and automatic in both the deployment of troops and their withdrawal. No sooner had the United States committed troops to invading Afghanistan then Prime Minister John Howard issued the order for Australians to join the fight, deputising for US interests. In October 2001, a few days after the departure of the first gaggle of special forces, Howard stated something indistinct from the goals outlined by the Bush administration: ‘We should be clear about our aims in this operation. The immediate goal is to seek out and destroy al-Qaeda and ensure that Afghanistan can never again serve as a base from which terrorists can operate’.

What was astonishing in the language of Howard was its cocksure attitude, unblemished by history and uninformed by the errors of empire or the cruel realities of politics. The skilled Australian soldier would somehow transcend such realities: ‘The task they face is particularly suited to the temperament of Australian service personnel. In Afghanistan itself, the mission is likely to be pursued through precision ground operations conducted by small teams of specialised forces’.

The special forces returned home in November 2002, only to be redeployed in 2005. The mission had now become one of state building and protecting democracy in swaddling clothes. Australian soldiers were, as Howard sought to justify, to protect ‘the democratic embrace by the people of that country’ and frustrate efforts made by the Taliban and ‘elements of al-Qaeda’ to prevent elections from taking place. What followed were twenty rotations comprising 3000 personnel, accompanied at stages by regular troops that constituted the Reconstruction Task Force primarily located in Uruzgan province.

Through the years that followed, myopia and uncertainty were concealed by meaningless terms: ‘progress’ kept company with ‘seeing the mission through’. Australian politicians feared full-blooded engagement with its inevitable casualties, preferring a ‘niche approach’ that eschewed serious self-management. ‘The lack of involvement in international strategy formulation’, opines John Blaxland of the Australian National University, ‘left Australia vulnerable to incoherent policy-making and planning by US political and military leaders’.

Democracy was fetishised, with little thought given to the political composition of the corrupt client government based in Kabul. In August 2012, Prime Minister Julia Gillard spoke about entering ‘the final process, the process of transition’ that would take twelve to eighteen months ‘and we know that at the end of that, the bulk of our forces will be able to return home’. Spuriously, she thought this strategy ‘well-defined’ and ‘constant’. By the time Tony Abbott assumed the prime minister’s office, he had less than encouraging words to say on travelling to Afghanistan in October 2013. Australia’s war, he declared, ‘is ending not with victory, not with defeat, but with, we hope, an Afghanistan that’s better for our presence here’.

Over time, the lengthy Australian presence has led to the predictable atrocities that mark counter-insurgency operations and guerrilla warfare. Villagers have been tortured and butchered. Relations between various units in the Australian military have frayed. Such places corrupt the occupier, infecting the institutions supposedly established to protect the national interest.

The conduct of Australia’s special forces found their way into the public arena via the ABC’s publication of the leaked Afghan files and a war crimes investigation. The Inspector-General of the Australian Defence Force Afghanistan Inquiry last year claimed that thirty-nine Afghan non-combatants and prisoners were allegedly killed by Australian special forces personnel. Nineteen personnel will be subject to criminal investigation with a possible view to prosecution. The report was also careful to exonerate Australian decision makers with particularly strong hand wash. Such killings were ‘not a risk to which any government, of any persuasion, was ever alerted. Ministers were briefed that the task was manageable. The responsibility lies in the Australian Defence Force, not with the government of the day’.

On 15 April 2021, Prime Minister Scott Morrison followed the US example in announcing that Australia would ‘finalise the drawdown of our contribution to the NATO-led Resolute Support Mission in Afghanistan’. Giving it the gloss of strategic good sense, Morrison gave the impression it had been planned for some time, a rational approach to a deployment that had been glowingly successful: ‘Over the past 20 years, Australia has been a steadfast contributor to the fight against terrorism in Afghanistan. Australia has fought alongside Coalition and Afghan partners to degrade the capabilities of terrorist organisations, including al-Qaeda’.

With little substance, Morrison insisted that ADF personnel deployed on such missions as Operations SLIPPER and HIGHROAD ‘helped protect the safety and security of the Australian people at home and overseas’.

Morrison did not mention that al-Qaeda promises to continue its long association with the Taliban. Last year Edmund Fitton-Brown, coordinator of the UN team that monitors Islamic State, al-Qaeda and the Taliban, told the BBC,, ‘The Taliban were talking regularly and at a high level with al-Qaeda and reassuring them they would honour their historic ties’.

There was also another omission in the announcement.  Withdrawal of the official troop presence will not spell an end to operations by intelligence operatives, defence contractors and special forces, a fact that will continue to imperil any genuine peace process. Jeremy Kuzmarov, writing in CovertAction Magazine, notes that the Pentagon alone will retain 18,000 contractors, effectively privatizing the foreign presence in Afghanistan.

What Morrison chose to do was justify the unspeakable folly of committing forces to a conflict that saw the deaths of forty-one Australian personnel (his tear ducts welled at reading out their names) without evident gain, while also perpetrating the mental harm that resulted in the suicides of over 500 personnel. ‘Freedom’, he piously said, ‘is always worth it’. The costs to the local populace of such freedom measures barely warranted a mention, though these are hard to avoid: 241,000 deaths, according to one estimate.

Supremely cheapened, the doomed democracy mission is still being trumpeted by the United States and its allies. At the US embassy in Kabul, US Secretary of State Antony Blinken made an assortment of unconvincing assurances about ‘America’s commitment to an enduring partnership with Afghanistan and the Afghan people’. Despite US and coalition troops leaving the country, the ‘security partnership will endure’. There was ‘strong bipartisan support for that commitment to the Afghan Security Forces’. Diplomacy, economic investment and development assistance would continue.

Morrison, weakly, has also stated that Australia will ‘stand with [Afghanistan] and the complex task of making peace that lies ahead for those people’. This would take place even as Canberra supported ‘negotiations between the Afghan government and the Taliban’.

A better and more accurate sense of attitudes to Kabul was provided by a senior Biden official, as reported in the Washington Post: ‘The reality is that the United States has big strategic interests in the world… Afghanistan just does not rise to the level of those other threats at this point’. Afghanistan will, in time, be abandoned, leaving room for Australia to make another round of costly errors with its US ally in the Indo-Pacific. Those errors threaten to be even more catastrophic.

Why the Shock?: Australian Atrocities in Afghanistan

When brutal events take place, they are disbelieved; if they are acknowledged they are justified and rationalised as aberrations. Scapegoats are found, retribution targeted for reasons of moral expiation.