Nagorno-Karabakh is a place that exists: bitter peace in the Caucasus Mountains 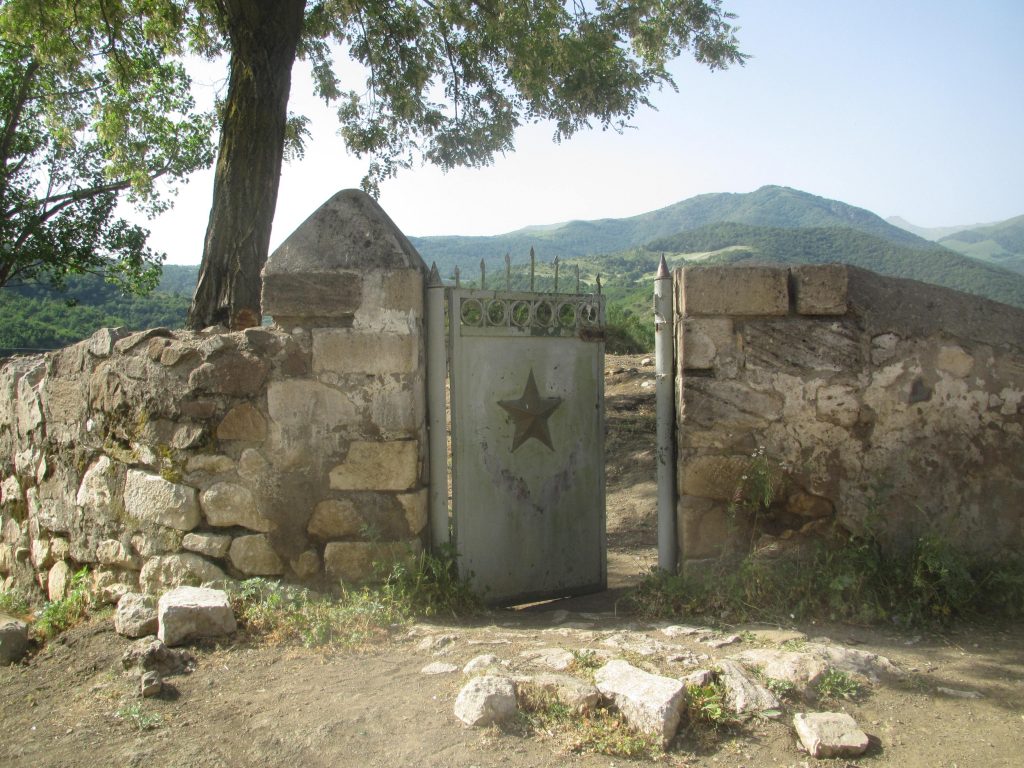 Nagorno-Karabakh is an unrecognised Armenian ethno-state that was established within the recognised borders of Azerbaijan in 1994. About 150,000 people live there. As I write, in the wake of a ceasefire that ended a month of brutal fighting, many of them are being forced from their homes. Some 5000 are dead. The living face an uncertain future.

I am not an expert on Nagorno-Karabakh (although I do have an abiding interest in other enclaves) and in some ways that is the point. ‘It is possible’, wrote Graham Greene, describing his arrival in Vietnam in the ‘50s, to ‘understand a lot in a few minutes, but the rest has got to be lived’. In my case, I was there for a mere week in 2015, a happy camper schlepping from village to village along the Janapar Trail in an early summer of relative peace. Inevitably, there was a lot I did not understand, but there was also much that I did.

What I found, walking through it, was that Nagorno-Karabakh was more than just a former/future/frozen war zone. Maybe I shouldn’t have been surprised. A place I had known mostly by through news coverage: op-eds about what it all might mean for the Turkey–Russia relationship; or lo-fi images of burning farmhouses, turned out to be a rusticated, semi-functioning society—impoverished in a mechanically minded post-Soviet sort of way, but very much a going concern, with tracksuited characters tinkering with rusty trucks, donkeys stacked with hay, and bright-eyed kids full of plans to make good in in Germany or America and build their parents a new house in the village. What the hiker couldn’t miss, but a pundit very well might, is that however cruel its foundation or isolated its economy, for its citizens, in a very uncomplicated way, Nagorno-Karabakh was simply home.

Azerbaijan and Armenia, ancient in different ways, are neighbours in the Caucasian Mountains. Azerbaijan is on the Caspian Sea and its business is the export of oil and gas. Modern Armenia is up against the border with Turkey, the rump of a much larger Armenian-settled area destroyed by the Ottoman Empire during the First World War. To the south is Iran. To the north loom Georgia and Russia. In the early 1990s, as the Soviet Union crumbled, Azerbaijan and Armenia went to war. At stake was the fate of a tract of mountains and forests entirely in Azerbaijan: Nagorno-Karabakh. The majority of its population was Armenian and determined that they would be unified with the motherland or independent. In 1994 they got their way: Nagorno-Karabakh declared itself free of not just the government of Azerbaijan but also virtually all of its Azeri residents. It was a tenuous, unjust ceasefire, and it is no surprise at all that it has now fallen to pieces.

At the end of September 2020, after decades of skirmishes on the border and the diligent acquisition of high-tech weapons, the Azeris returned. They had been saying for decades that they would do so. Their stated goals of taking back what is internationally recognised as theirs and avenging the dead and displaced of the last generation are easy to understand. So too is the determination of Nagorno-Karabakh to resist.

People talk about ancient hatreds and how everyone has blood on their hands, but visiting the place I found this didn’t ring true. During my week there I saw farmers, hunters, chicken fanciers, shopkeepers, tractor drivers, shepherds, picnickers, cops, petty bureaucrats, mechanics, drunkards, French teachers, schoolkids, disabled veterans—all doing their unremarkable thing in ramshackle villages, none visibly with the blood of ancient enemies on their hands, or even very interested in politics. The young people of Nagorno-Karabakh don’t remember the first war, and know no other home. Whatever injustices might be behind the current conflict, their lives are not a reasonable price for resolving them.

When you travel into Nagorno-Karabakh from Armenia you have to stop at the Ministry of Foreign Affairs in Stepanakert to collect a visa and promotional material telling you all about the nature of their claim to the soil, which they characterise as eternal and illustrate with photographs of ancient hilltop monasteries. Then you jam into a marshrutka and travel to Hadrut, the head of the Janapar Trail. It is (was?) 250 kilometres of donkey trails and goat tracks and speaks to a more important reality: this too is a place that exists.

Things muddled along after 1994. For Armenia, Nagorno-Karabakh was a place to be developed and defended; for Azerbaijan, it was a cause to be avenged; for the rest of the world, it was a frozen conflict. The Armenian diaspora saw it as a cause célèbre, and the Janapar Trail seems to have been largely their idea. They intuited, correctly, that the old-timey, goat-herding poverty that had driven their own families out could draw travellers in. Back routes between villages were mapped and packaged—a way of finding a place in the world for a country that was literally off the map. Volunteers did their bit for the motherland by nailing up trail markers and explaining the idea of a homestay to villagers. They curated an enthusiastic social media presence from which you could download GPS tracks and trail notes in six languages. When I walked the trail in 2015, people in places such as Azokh, Karintak or Avetaranots still seemed a bit startled at the presence of a wandering outsider, but they would eventually point me to somewhere I could find a bed and a kebab.

Now Nagorno-Karabakh teeters, still there but greatly reduced, and with a very uncertain future. In the town at the trailhead there’s footage of executions in the park. Shusha/Shushi, the old walled town where I ended my trek, was the scene of a brutal battle that the Azeris won. As far as I could see, the villages I stayed in have been overrun by Azerbaijan’s Army and their people driven out. It is true that I cannot know the generational trauma that drove this war—and whether this is ignorance or clarity depends on how you look at it—but this I do know. There was a non-violent solution to this—not clear or simple or easy, but possible. Instead, a calculated decision was made to use military force—good business no doubt for all manner of politicians and arms merchants, but catastrophic for hundreds of thousands of ordinary people whose day-to-day struggles were not with ancient neighbours but contemporary poverty and corruption. As I was able to see firsthand walking the Janapar Trail, their lives and homes are no less real because they happen to sit on disputed geopolitical real estate. This bitter peace is no more likely to be sustainable than the last.

A Frozen Conflict Melts: Nagorno-Karabakh and War in the South Caucasus

Empires can prove rather loose in dividing up territory…

Mike is an anthropologist based at the ANU. Before entering academia he had various jobs in policy, agriculture, international development and education, as well as spending periods on the dole, in the precariat, and travelling. His work these days is mostly focused on Timor-Leste's labour diaspora and how its impact mediated by customary frameworks for distributing care and wealth. You can download an open access copy of his latest book here.