Missing a Nakba in 2021 is unforgiveable 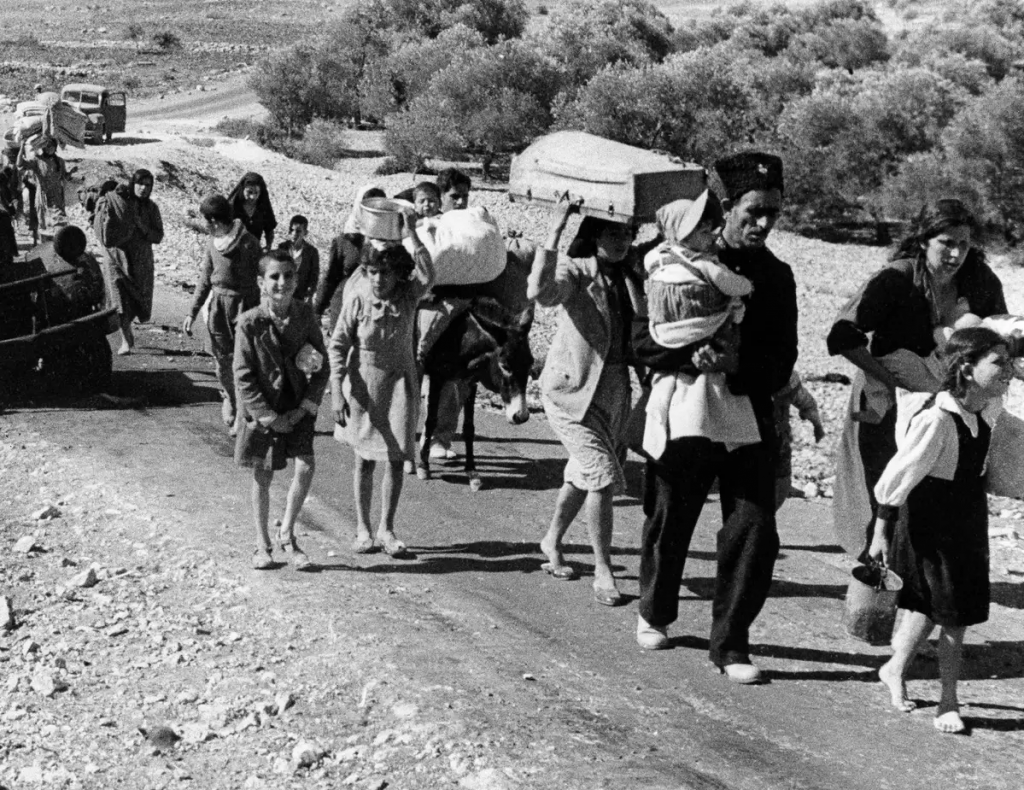 We write on the eve of the day when Palestinians commemorate Nakba, a date we mark on 15 May, this year the 73rd time we have, as a people, marked the occasion. But there is no sense in which Nakba has passed. Nor is there any relief from its implications. Seventy-three years after Nakba we still translate the term—catastrophe—for a general readership. This in itself says quite a bit about the suppression of Nakba as a defining experience for all Palestinians.

To those for whom Palestine has been a periodic sight of an explosives-lit horizon, what is currently happening to Palestinians may appear an opaque situation. For decades this opacity has suited the Israeli narrative, framed in the language of self-defence and retaliation. This opacity has even obscured the fact that, in its relations with Palestinians, Israel is always the perpetrator.

Narrative control has worked to the advantage of Israel since that state’s inception. Chief among the failings of Western media at Israel’s formation was a failure to capture, in any coherent sense, the horror of the Palestinian Nakba.

In 2002 when Israeli bulldozers flattened Palestinian homes in Jenin it was possible for Israeli soldiers to state unironically in interviews with Western journalists: We are the victims here…the story is what is happening to us. This event, Operation Defensive Shield, was the last major operation waged by Israel against Palestinians in which the state was able to orchestrate a media blackout—to control the narrative.

Right now, the mainstream media is working to uphold the Israeli position; indeed it has become more staunchly aligned to the interests of Israel since Defensive Shield, two decades ago. It is the fallacy of this thinking that delivered the abject failure of the Oslo Accords, underpinned by a logic of ‘Zionist epistemology’ that insisted on the language of symmetries, conflicts and disagreements, a vocabulary that has been amplified and promulgated by all mainstream media organisations since that time.

But this acquiescence is increasingly strained and straining to the mainstream media consensus of obfuscation and silence in respect of Palestine. The scenes from Gaza to Sheikh Jarrah and across multiple cities in Israel with significant Palestinian populations are no longer legible with reference to a dated Israeli narrative. For good or ill, the proliferation of alternative modes of documentation and the dissemination of footage through social media platforms have made Israel’s narrative hegemony impossible to achieve and maintain.

This week, our language must be unequivocal and it is incumbent that we name what is unmistakably on display:

What is happening today is a vision of Nakba in the twenty-first century. These are multiple fronts of the same structural oppression that Palestinians have struggled against for more than seventy-three years. Their narrative—a narrative not suited to news cycles and sound bites—has been sequestered and suppressed. But this time, (quite literally on the eve of Nakba) the situation couldn’t be clearer: all these places, Gaza, Lydd, Sheikh Jarrah, al-Aqsa, are palimpsests of Nakba.

Across a differential and fragmentary geography in all of historical Palestine, the structure of settler colonialism, which has until this point been invisible, is now visible. Whereas Palestinians have endured the disingenuous protestations from Israel and its apologists that the situation is insurmountably complex, now the simple truth of the Nakba, and its settler-colonial heritage, is laid bare.

It is not a single person or even a group that takes a country and maintains the structural violence and suppression of a people by that state for more than seven decades. There is nothing different this time about what Israel is doing to Palestinians or professing to the rest of the world; the difference lies in what publics are hearing.

It is up to publics to amplify Palestinian resistance and to insist to their governments that what is happening to Palestinians is unacceptable. They must insist on an acknowledgement that this continuation of Nakba is enabled not just by an ideology, not just by the arms of settler violence, but through the complicity of every single nation state that has looked on since 1948 and Done Nothing.

In 1948 the Western media missed the Palestinian Nakba. This is a second chance. Missing a Nakba twice is unforgiveable.

Is the solution a two-state solution…or should we be looking for a process of decolonisation?

Micaela Sahhar is a Melbourne-based writer, poet and researcher.

Nader Ruhayel is a medical doctor with a background in social theory.

A courageously fierce and strongly argued article. All solidarity with the writers and the Palestinian people against Israel and its allies who are presently perpetrating and intensifying the murderous Nakba on the people they have criminally dispossessed. Shame on all of us who remain silent in the face of this outrage.